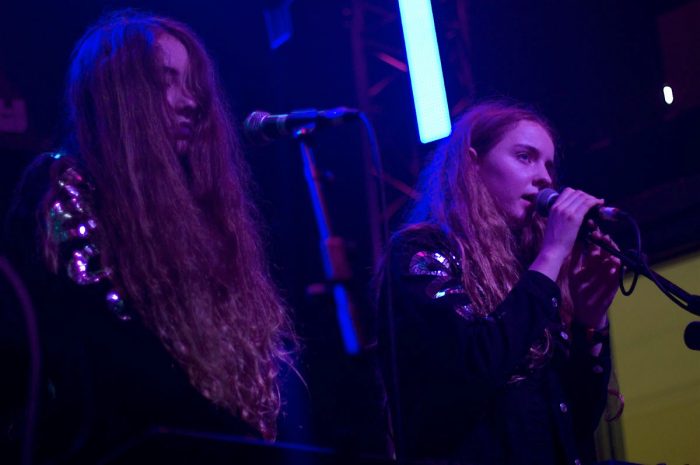 With a euphoric buzz swirling in the air, Let’s Eat Grandma took flight in Liverpool and Getintothis’ Jake Marley boarded the plane.

Liverpool Music Week’s Breaking Out series alongside DIY has a history for teaming unmissable gems breaking onto the scene within the last musical year with a selection of Liverpool’s finest new talent, all for a bargain price. Last year’s festival boasted artists such as Shura and 4AD’s Pixx among others. This year, one name stood out from the moment the list was announced, unique experimental duo Let’s Eat Grandma. Then a rather wonderful support cast was added, making it the place to be on Halloween eve for all lovers of innovation, originality and multi-istrumentation.

Kicking off the evening in-front of a healthy crowd was Mary Miller, a relatively new face to most. We first came across Miller’s demos earlier this year and were instantly sold. Tonight her sound complimented Let’s Eat Grandma perfectly. Sweeping trip-pop, awash with swirling throbs, loops and fuzzy electric guitar lines. It’s extremely lovely to watch Miller at work live, her set spans magical coves and fragile edges on tracks such as Angling and Crawl a real DIY production gem and certainly one of Liverpool’s finest new talents.

Following on almost seemlessly, another Liverpool artist whose had a breakthrough 2016, LUNA. Teaming subtle keys and flowing beats to perfection, coating her rather stunning vocal power on an incredible mashup of TLC’s No Scrubs and WSTRN’s IN2. Computing her set with stunning new single Free-falling and crowd favourite Without Love, LUNA seems to just get better and better live.

Furthering amping things up were the extremely tight HAARM, staggeringly making their live debut. Their full band sound spun a whole new web to proceedings with new hit Into The Wild sounding massive with terrific drums and killer dual gender vocal interchanges. For a first gig, they Haarm were mighty impressive, even finding time to show off their mid-gig chatter, “Who’s looking forward to Let’s Eat Grandma later, has anyone here actually eaten their grandma?”

Missed out on all the Liverpool Music Week fun so far? Never fear, it’s all here.

After a stellar support bill of varying vibes, it was time for the ultimate innovators, Let’s Eat Grandma – a duo whose stage setup includes the most eclectic selection of instruments known to man. Xylophone, glockenspiel, mandolin and recorder to name but a few.

There was a swirling buzz of anticipation in the air prior to the highly lauded teen duo of Rosa Walton and Jenny Hollingworth taking to the stage, their live shows have become pretty famous already, they’ve been on Later Live with Jools Holland and their wonderful debut album I, Gemini is almost certain to appear on many end of year lists. There’s quite simply nothing like them, at least on earth, anyway.

They enter to little fanfare at all, mainly because most hadn’t noticed their sneaky arrival. Within a blink of an eye they’re off with their signature hand-clap routine and the throbbing synths of darkly twisted, magical roundabout – Deep Six Textbook.

It’s mesmerising watching them go to work, once they’re in their flow and the magical mist has come down. There’s an unwavering solidity to every beat and synth, each factor the product of the other as they skip around the stage, hopscotch and all, right up to the killer saxophone solo, all kinds of wondrous things.

Eat Shiitake Mushrooms really is an enchanting outer body experience, started by Rosa on glockenspiel right into a throbbing synth on the other side of the stage from Jenny, before a huge dance floor ready beat floods in, slight Björk Debut vibes.

Their magical aura knows no bounds, from their capability to seemingly talk to each other with a mere glance to the moments when they lie lifeless on the stage only to be awoken by a certain synth pattern, rising slowly back to their feet, staring through the crowd, expressionless, trance-like.

The wildness continues as Jenny takes to the drums and triple-tasks, with recorder in hand and lead vocal duty from the kit too, Chocolate Sludge Cake, what a track title. There’s quite simply never a dull moment with these two, they’re quite simply two of the most talented young artists in the world of music today. As they leave the stage following an encore of Sink, you genuinely feel as if you’ve witnessed something so multi-dimensional, so creatively innovative, so outrageously special, so… then the spaceship lands, you’re back on earth. 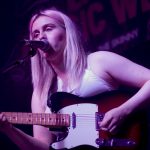 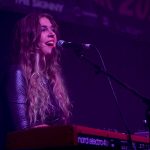 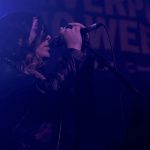 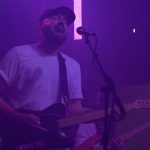 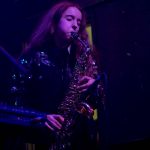 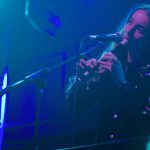 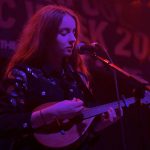 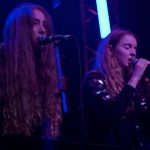 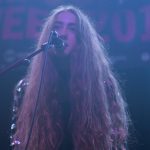