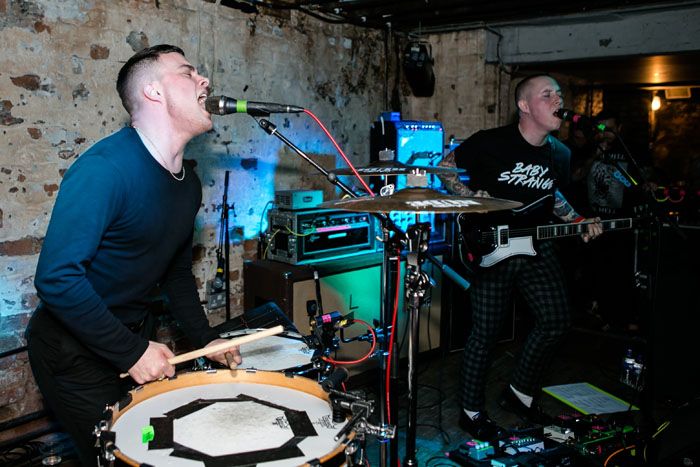 Slaves announce a surprise free gig to happen in t-minus two days and Getintothis’ Jessica Borden has the scoop on a guaranteed pack-out.

Loud and unapologetically brash, Kent’s premier punk pairing Slaves have taken the UK by storm with their powerful, paired-down sound. Through a hardworking live ethos, they have built up an envious fanbase, and now storm from the underground trenches with latest album Take Control.

The no-fucks-given attitude, scabbily brazen guitar hooks and snarled vocals make them stand apart. With their latest album tour about to kick off on October 31 featuring two Manchester dates in late November, Slaves now present is the perfect opportunity to catch a preview of their tour in Liverpool as part of Shortlist 48 Hours To… series. They have announced a surprise gig at Zanzibar on Thursday, October 20.

More gigs up this week! Check out the Liverpool weekly gig guide.

Part of the new series of gigs from Shortlist giving fans 48 hours’ notice of a free gig happening in the nation’s favourite venues with some of your favourite artists! Slaves‘ surprise announcement forms the first of these four gigs, which will all be greatly anticipated.

As Slaves announce this gig at the legendary venue of The Zanzibar Club, Liverpool, with doors opening at 7:00pm. Registration is required for free tickets, limited to a maximum of two per person. Best to get in there early to make sure you are definitely on hand for Slaves’ set.

So drop all of your plans and get going to the free gig you have been waiting for!