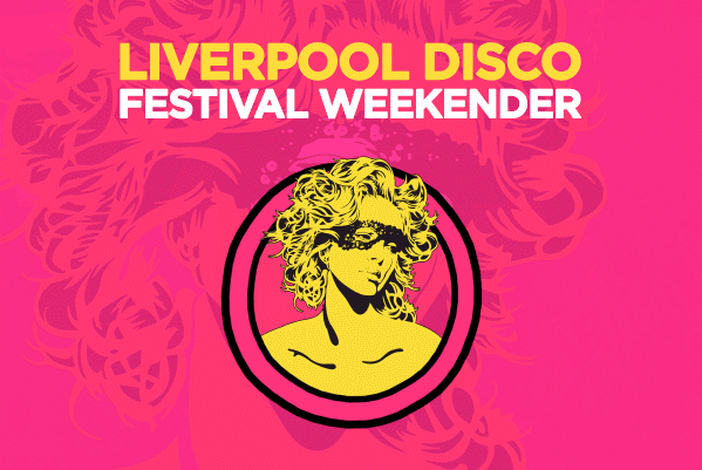 The Baltic Triangle is to turn into a giant dance-floor later this month, Getintothis’ Ste Knight talks to James Morgan about the first Liverpool Disco Festival and why partying is more important than ever.

It would be foolish for a fan of electronic music to disregard the importance of the disco movement, and the impact it had on other forms of electronic music as we know it. House has its roots firmly planted in disco, and therefore is its darker cousin, techno draws influence from the disco sound too. Drum and bass has a lot to thank disco for, where do you think those bass-lines originated from?

It makes sense, also, that Liverpool as a city would adopt the disco sound. The early links between Liverpool and our neighbours over the pond – New York – mean that there is a rich cultural history between the two. Disco, therefore, has always been a popular style of music here in our city.

This connection to the sound was bolstered further with the conception of Northern Soul, which took many of disco’s more underground (and not-so-underground) tracks and turned them into the anthems of a generation. 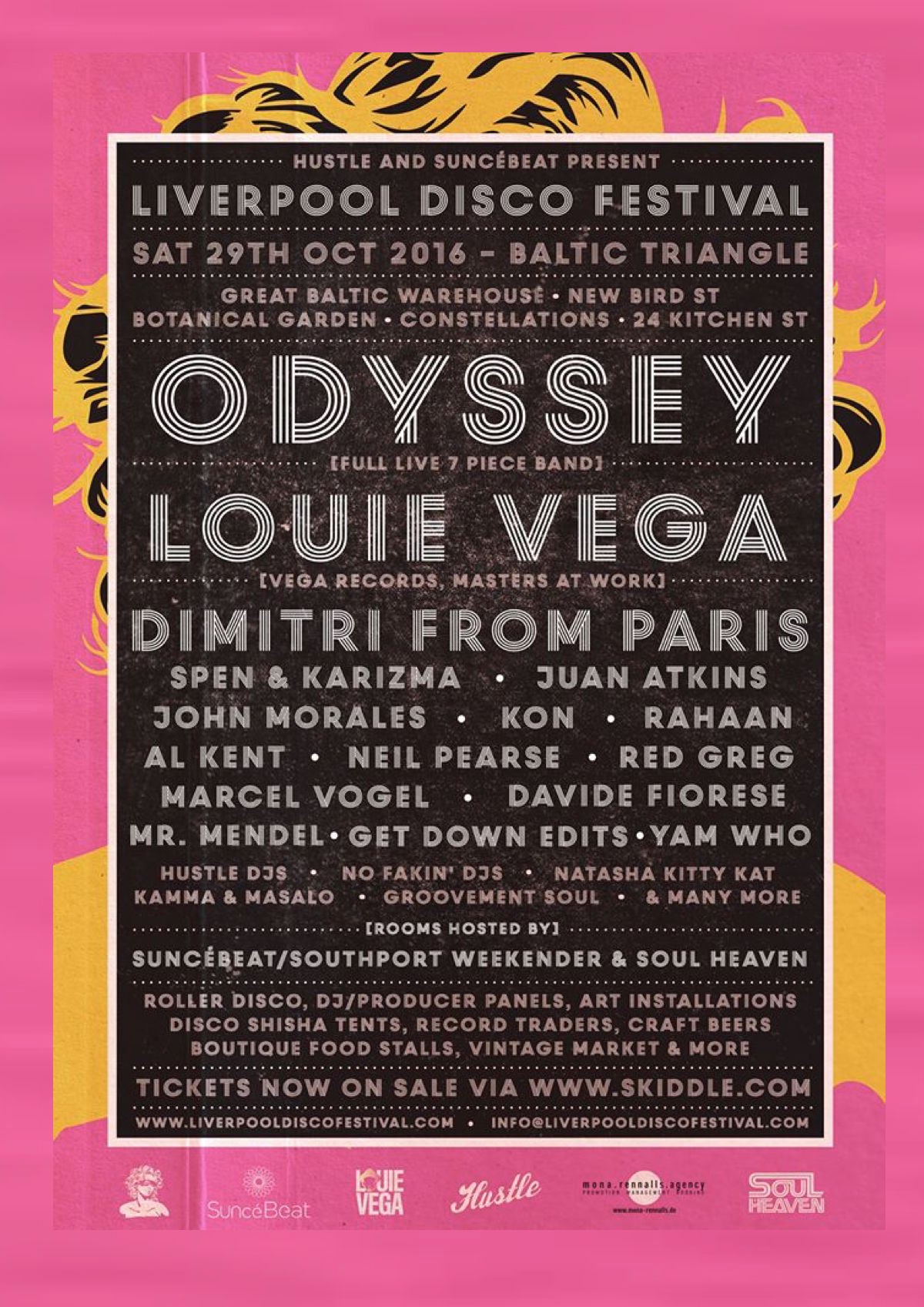 The full line-up in all its miraculous glory.

October 29 sees Liverpool hosting the Liverpool Disco Festival to an enthusiastic reception, to say the least. What can often be cast aside as a throwaway style of music has been embraced with open arms by the Merseyside dance fraternity, and has been for quite some time now, with nights like Hustle spearheading the popularity of the sound in Liverpool.

The festival is set to bring a pretty badass selection of the jewels in the disco resurgence crown to the city, and it is this ‘dream-big’ attitude which has made Liverpool Disco Festival one of the not-to-be-missed dates in the clubbing calendar. The cataclysmic meeting of minds that are Liverpool’s Hustle and Croatia’s Suncébeat have really pulled every rabbit out of the hat and make no mistake.

As said, there is a huge selection of artists set to play the festival. If you’re looking to see the likes of Dimitri from Paris, Juan Atkins (what a nice surprise that was!), Spen, Karizma, Odyssey, and a raft of other acts on the same bill, then you need look no further – LDF has you covered.

The first of the official afterparties has already sold out, but if you can manage to nab yourself a ticket by some sort of miracle then you’ll be treated to Rahaan, Red Greg, Marcel Vogel and Mr. Mendel. Afterparty number two features sets from Mad Mats, Fish Go Deep, and Neil Pierce, as well as sets from Hustle hedz James Morgan and Jimmy Allen.

They’re in no way content with ending it there, though. Oh no! The festival also has a second ‘finale’ all-dayer, so the funk just don’t stop. Studio 54 legend John Morales will be spinning wax, with the rest of the bill headed up by Al Kent, Mad Mats, Get Down Edits, Marcel Vogel, Mr. Mendel, and Natasha Kitty Kat, plus the usual suspects from Hustle.

An insane amount of production has gone into the event as well, which is split across no less than FIVE venues throughout the Baltic Triangle: The Great Baltic Warehouse; New Bird Street; The Botanical Garden; Constellations and 24 Kitchen Street. Rollerdisco? Check. Massive spangly balls? Check. Loads of boss music? Check! If you’re not getting on this, you’re seriously missing out. 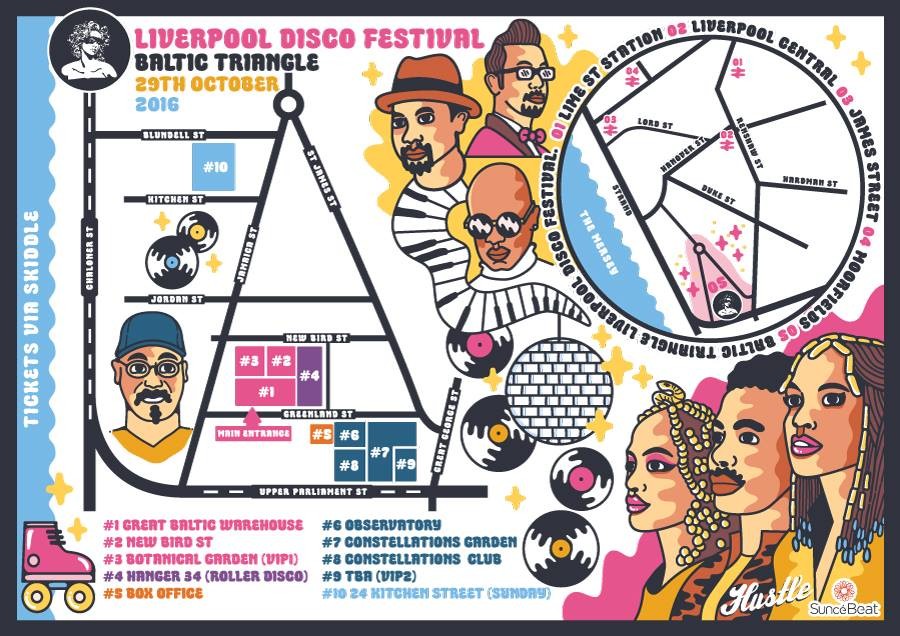 The sprawling LDF site in all its glory.

So what makes the Liverpool Disco Festival what it is? We took time out to have a gab with one of the organisers of the event, Hustle‘s James Morgan, to see what makes his disco clock tick.

Getintothis: Hi James, thanks for taking time out from organising one of the biggest dates on Liverpool’s calendar to have a chat with us. So, first things first, what does disco mean to you?

James: “In the words of Chic “Good Times”, its essentially feel-good music – perfect for brightening up your day or enjoying with friends.”

Getintothis: Why do you think disco is so important in Liverpool? It is certainly an incredibly popular style of music here now – with tonnes of disco nights popping up here and there.

James: “Yes it’s really encouraging to see a vibrant scene emerging. I think people have become really bored of club nights where people are taking themselves too seriously and are now ready to have some fun again.  There are a lot of great nights popping up such as Boogaloo, Wonder Pot, ENRG and others alongside our long running Hustle event.”

Getintothis: Tell us a little about what is involved in organising the LDF.

James: “It’s quite simply really getting lots of quality DJs and acts in greats spaces with lots of good people and having a party.”

Getintothis: Can you give us a bit of insider knowledge? Who is involved in the organisation of the festival? What are their roles, both for LDF and on a wider scale in Liverpool’s dance community?

James: “LDF was conceived from the team behind Hustle and now welcomes on board the long running and revered Southport Weekender and Suncebeat (Croatia) festivals to the team. These festivals have been central to the inspiration behind Hustle which has strived to bring the same vibe to Liverpool these parties have been providing for years, quality DJs with a real depth and knowledge of soulful music, who know how to rock party with the friendliest crowds around.

“We have also tried to make sure we are including the best of the local scenes in terms of DJs and promoters so expect a real family affair on October 29. Also the host venues have been hugely helpful in making this happen, The teams behind Botanical Garden/Great Baltic Warehouse, Constellations and 24 Kitchen St have been really professional and super helpful we couldn’t wish to work with better partners.”

Getintothis: You’ve got some huge names booked for the festival, as well as TWO after parties. How difficult has that been to manage?

James: “It’s been quite an organic process really. Initially we launched the line up with Odyssey and Dimitri from Paris headlining, but as interest and ticket sales have rolled on we have been lucky to be able to add our dream team of guest DJs for this event. Adding Louie Vega of Masters at Work to this line up has been the icing on the cake.

“Louie is the first DJ I brought to Liverpool for a gig back in 2006 to the small basement room of the Magnet on a Sunday night, to be able to bring him back some years later after a lot of graft to raise the profile of soulful music in the city is wonderful. Expect a really special set from Louie who will definitely turn the party out with his three hour Paradise Garage Classics set.” 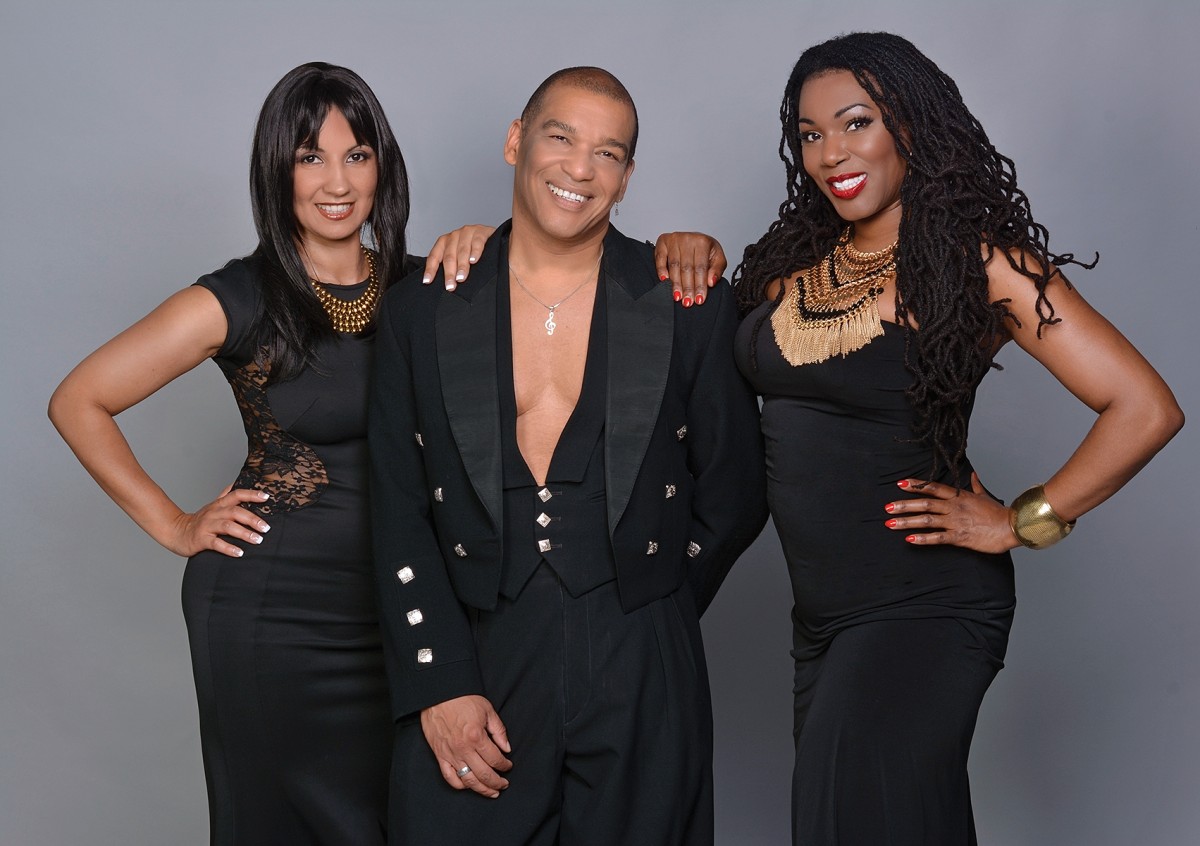 Getintothis: Who are you most looking forward to catching at the festival (if you get a spare five minutes!)?

James: “There so many and so no doubt I won’t be able to catch them all, a lot of the DJs playing are people who I have brought here many times before and have been very supportive over the years, people like Rahaan, Al Kent, Marcel Vogel, Mr. Mendel, Mad Mats, John Morales and others, these guys have really helped us get to this stage of being able to host a party of this magnitude and so I’m really keen to see them doing their thing here in Liverpool on the big stage this time.

“It was important to me to make sure to include a lot of these guys to say thanks for their continued support. There a few others who we will be making a point of adding next time that we just couldn’t work in on this occasion.”

Getintothis: Probably a tough one now – give us your top three disco tracks.

James: “Oh that’s a definitely a tough one, three favourites of the top of my head are: The Joubert Singers – Stand on the Word; BT Express – Peacepipe; Tavares – Never Had a Love Like This Before.

Getintothis: What plans have you got for the future with Liverpool Disco Festival?

James: “Lot’s in the pipeline, we will be dropping some more details after the October 29 party.”

So, as we can see, there’s plenty to look forward to at Liverpool Disco Festival on October 29. It is definitely one of those events that really shouldn’t be missed. Keep your eye out for our comprehensive review of the all day party, and in the meantime, here’s our Liverpool Disco Festival 2016 playlist to whet your whistle. See you under the disco ball.