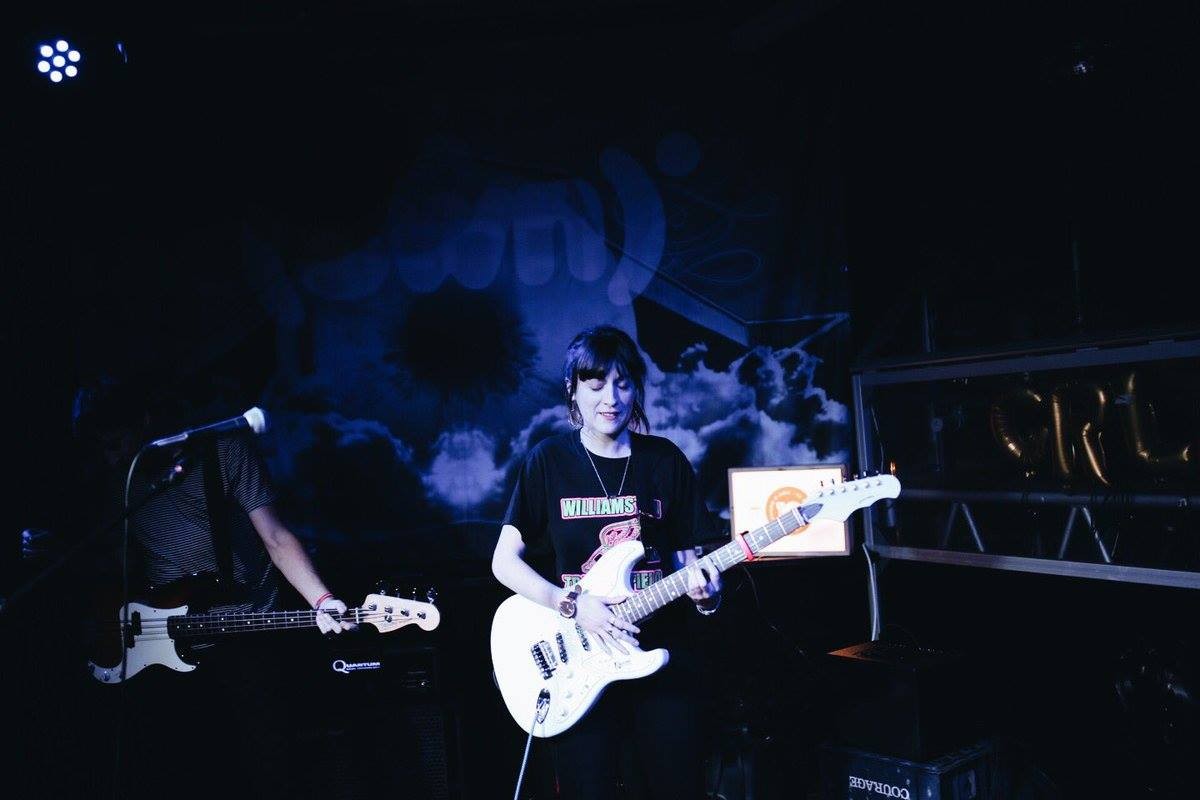 With daylight rapidly diminishing and All Hallows’ Eve approaching it seems wholly appropriate that this week’s Unknown Pleasures features three tracks that are cut from the darker side, Getintothis’ Mike Stanton has the lowdown.

Plike is the solo project of Em Baker aka Mad Madam Em, an electronic music producer/composer from Austin Texas. Her sound is hauntingly beautiful, dark and twisting. She uses organic and synthetic sounds to create a collage of discordant and melodic shapes that shift and evolve through the fogged-out and immersive forest of her electronic compositions.

The Proving Grounds is the lead single from her album Red Queen, White Queen and it is a dramatic and windswept track that conjures images of darkening moors and fractured skies. Dark, sullen and seductive it opens with the clarion call of a siren and we are instantly transported into the world of fleeting shadows, of slow-breathing beats, multifaceted production, lush and enveloping keyboards and melodies that intertwine and mingle throughout the cavernous-deep atmospherics.

Em’s voice is haunting and plaintive, sounding like Thomas Edison’s fabled spirit machine has caught the essence of Kate Bush and beamed her through a spectral projector. It is multi-layered and sensuous. This is dream-infused gothic that is intoxicating and utterly bewitching.

The mysterious Povab hails from Kiev in Ukraine. Little is known about this techno artist but it is clear that he produces subterranean and liminal techno that is atmospheric and often convulsive.

Sum40 is the sound of industrial machinery, of leaking electricity, of interstellar transmissions. It is the jarring refrain of a dying star and the choking transmissions of the Black Knight Satellite.

The melodies are glacial, almost evolving naturally throughout the track, giving the impression they themselves have no idea where they are going. Sum40 appears to discover itself as we ourselves do, each turn throwing up an unexpectedly diverse and echoing corridor.

This track is from what is rapidly becoming my techno album of the year. It goes beyond the repetitive jackhammer beats of usual techno fair and elevates itself to a charged and slightly tripped-out soundscape; a collage of electronic hum, feedback, energy waves and decoded funk.

Wouldn’t That Make You Feel Good? by Welsh singer/songwriter Bryde channels a woozy blues dynamic with an injection of towering guitar-riven melancholia bearing the indelible stamp of Bill Ryder-Jones.

Bryde‘s (Sarah Howells) lonesome lyrics meld perfectly with the intricate chord sequences and the massive, unhinged guitar squalls that are as angry as they are exuberant. Measured, melancholic and full of cathartic angst, Wouldn’t That Make You Feel Good? veers from tender and delicate, to tough and unforgiving.

Howells is a powerful projectionist with a soaring tonal range already drawing comparisons with Angel Olsen, Mitski and St Vincent. There is emotional sorcery throughout and Ryder-Jones’ production creates tension and an introspective longing that shifts the track from almost frail and delicate tones to more ominous ones as it progresses.