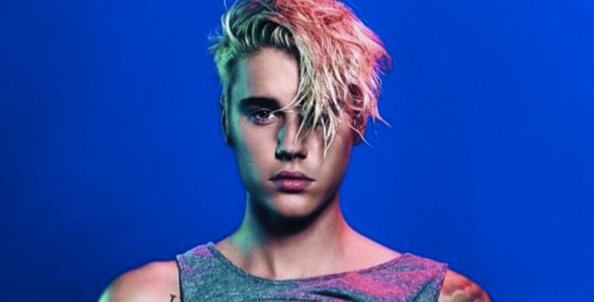 As Bieber makes headlines for shushing his audience, Getintothis’ Shaun Ponsonby reckons it matters little given that Biebs has nothing to say.

Have you seen the Dixie Chicks documentary Shut Up and Sing? I ain’t no fan of the band, but it was an interesting film. It centres around the group following a comment singer Natalie Maines made on stage on the eve of the war in Iraq; “Just so you know, we’re on the good side with y’all. We do not want this war, this violence, and we’re ashamed that the President of the United States is from Texas.”

Cue an immediate backlash in the USA of America; open hostility, political and corporate backlash, death threats. They were banned from many Country playlists, some of which are still in place to this day. Whether you agree or disagree with the statement, it can’t be denied that Maines had something significant to say. I respect that she did it and made it through the following shitstorm.

I bring it up because Justin Bieber has been in the news a lot this week for telling fans to shut up at his shows, specifically while he is talking. You know, so one minute during Baby he is commanding them to “MAKE SOME NOOOIIIISSSSSEEEEEE!!!!”, and then after whipping them up into a frenzy, telling them to shush at his whim.

For some artists and situations, I can understand why this would be necessary.  A quiet, acoustic performance in a small venue, for example, where some very deep music is being performed and an attempt to show some emotion or deeper truth.

Justin Bieber is not one of these artists. He is a tween pop star who lip synchs and rips his shirt off to actively elicit screams from the audience. His music is shallow, radio-friendly pop. And what’s more, he is by far the weakest link in absolutely everything he does. His lyrics? Dumb. His performance? Lifeless. His delivery? Ridiculous (listen to the way he sings Sorry – “Sooo-rrrryyy” – it sounds sarcastic). His charisma? Non-existent. What people like about his new album are the beats and sonic production that were the responsibility of other, more talented people, and frankly would have been better served on somebody else. Theoretically, there is nothing wrong with any of this per se, but if you want to be the kind of artist that can get away with commanding that the audience shut up and listen, you actually have make music to warrant it.

His onstage banter has been infamously woeful on this tour too, telling people in the cheapest seats on his first night in London “If Jesus comes you’ll be the first to go”. I’m not sure if that was a bad joke, some ill thought out gobbledygook or a threat.

The world according to Slop – check out the pointless Cosmic Slop archive here.

And here’s where the Dixie Chicks come in, because the thing about Justin Bieber asking for silence while he speaks during his shows is that the time would probably better be served by screaming anyway. It at least displays an actual emotion, and Justin Bieber shows time and time again that he has nothing remotely significant to say.

When he bitched at his fans at one point in the tour, it was reportedly because he wanted to tell them why his tour was called The Purpose Tour – other than the fact that Purpose is the name of his album, presumably. I can tell you exactly what he was going to say; empty, meaningless crap that would embarrass the most pointless Facebook meme. “Life is a journey, and there will be ups and downs…” etc. Oh, do shut up. Did you read that in The Hungry, Hungry Caterpillar or something? Even Russell Grant would cringe at that shit. Faux-inspirational bollocks that has zero resonance in the real world.

“Oh, but he is still young, he’s only 22”. Fuck off! He is the same age Paul Simon was when he wrote The Sound of Silence. He is the same age Janet Jackson was when she wrote the songs on Rhythm Nation. Both tried to actually say something. Age has nothing to do with it. It is both insulting and patronising to assume people won’t have something to say because they are “only young”.

I could probably even handle his brattish behaviour if he was a vibrant enough talent to pull it off. Pissing in a bucket is nothing compared to Keith Moon’s exploits, but Keith Moon was in one of the most important bands of the 20th century, and was admittedly pretty damn funny. Bieber doesn’t even seem to have a sense of humour, hence him dropping his microphone and sulking off stage in Manchester when the audience wouldn’t shut up and listen to his incredibly important stage patter. What was he going to say? Denounce both candidates in the current American election and demand some kind of overhaul of the entire political system? No, he was going to talk about his hair or something.

To add insult to injury, when he returned to the stage he said, in a rather passive-aggressive manner “I’m just going to do the music, because obviously Manchester just can’t handle it“. Yeah, Manchester! You can’t handle the TRUTH BOMBS that deep, intellectual thinker Justin was going to drop on you. You’ll have to go and watch Cebeebies to get your philosophical fix instead.

Of course, it isn’t necessarily his fault, completely. He has to take some responsibility, but at the same time he has grown up in a bubble. He never really looks comfortable anywhere, including on stage. Most reviewers picked up on the fact that there seems to have been an open, gaping hole where the star of the show should be. It doesn’t matter what spectacle she might bring, you could never say that about Beyonce. And it has to be a bizarre experience to be screamed at everywhere you go, which is why I do occasionally feel like cutting him some slack when he is approached on the street.

Steams of Janet Jackson‘s Nasty have increased since Trump referred to Hillary as a “Nasty woman” at the last election. Finally, something positive has come from this shit.