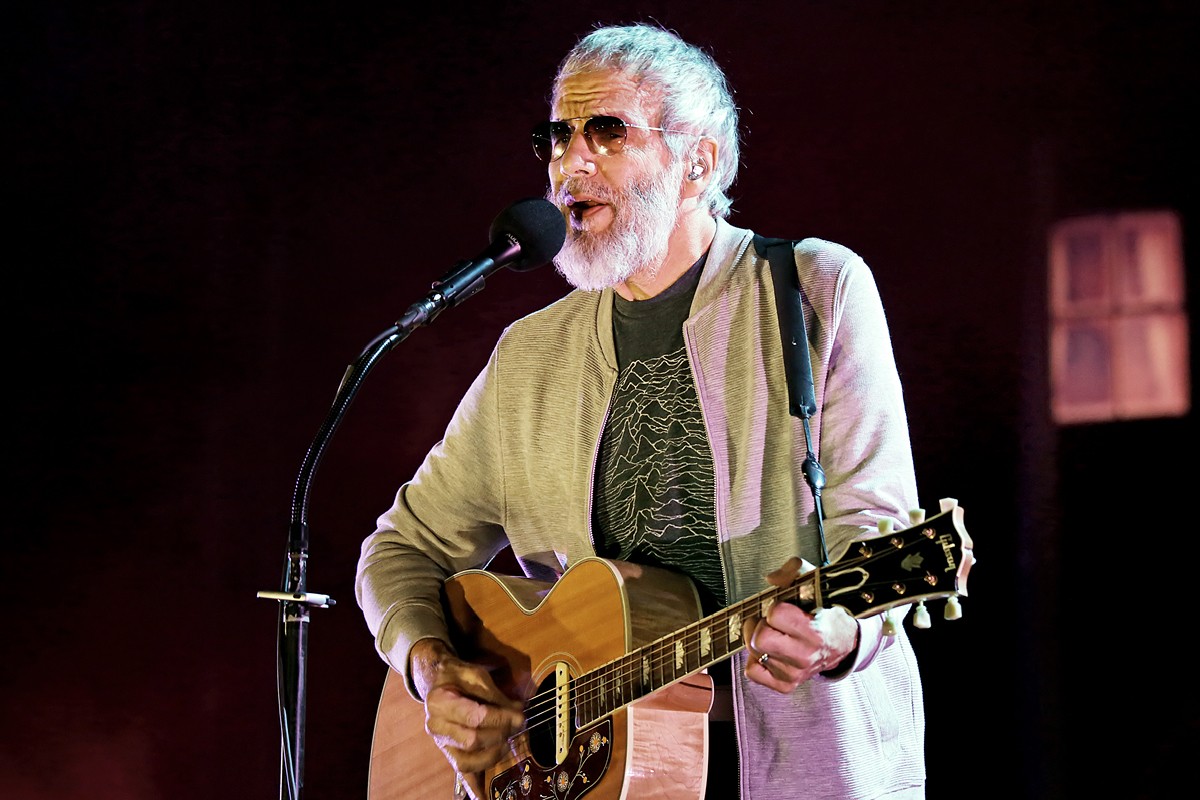 With the world split into so many factions, a London-born, Dubai-living Muslim, formerly named Cat Stevens is trying to equally entertain and bring people together, and Getintothis’ Gary Lambert was on hand to hear his message.

Despite being one of the finest songwriters that the British Isles have ever produced, Yusuf Islam (formerly Cat Stevens) has generally avoided the youthful clamour that follows the gigs of some of his contemporaries.

This is primarily because in 1979 following his conversion to Islam, Yusuf decided to dedicate himself to education and peace and sold off all his guitars. This meant for the MTV generation and beyond there was only the odd track on radio, the music of your parents, and the regular cover versions of his songwriting to keep him part of pop culture. And considering there was an explosion of pop culture at that point, the work of Cat Stevens became a cultural footnote.

A comeback happened in 2008, brought about by his son leaving a guitar in Yusuf’s home and, like an addict falling off the wagon, he could not resist picking up the instrument and trying out a few things. Since then he has slowly returned to the music industry with live gigs, album releases and even two small tours of North America. Which was quite a big deal considering in 2004 he was refused entry to the United States on “national security grounds” despite being a consistent supporter of peace and renouncing terrorism. 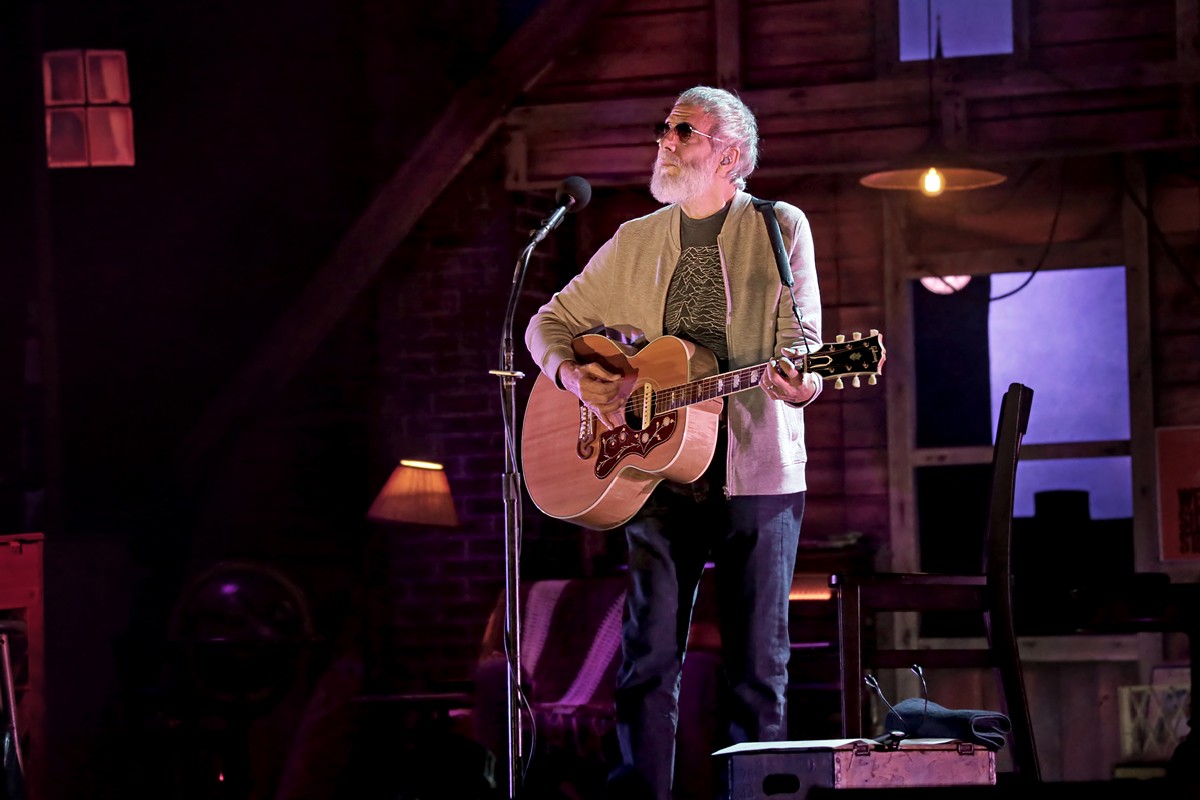 The tickets for this gig were horrendously priced, but given the limited touring of Yusuf, it was easy to see why so many people were willing to part enough for a night on the Titanic for the chance to watch him.

The performance at times had more in common with Broadway than the Apollo, taking place on a set designed to evoke memories of the loft bedside above his parents’ café and the songs played in relatively chronological order as Yusuf used them to tell the story of his life. And what a story that has been! From getting into music as a young man as a way to express his artistic desires alongside printing, to travelling to Kathmandu in order to commune and discover himself, to living almost as a hermit on the hills above Rio, and then turning his life around after offering his service to God in a last gasp effort to beg for survival in the Pacific Ocean.

Despite Yusuf self-deprecatingly claiming that the storytelling was to help him as “singing is so tiring”, it pushed what could have been just a greatest hits set into something actually much more meaningful. We suppose to the committed fan there was nothing new to learn, but for everybody else it added greater meaning to the well-known tale of the pop star who gave it all up for religion, and then returned because he realised playing with his son’s guitar that “I had a job to do again”.

Want to see what else Manchester has to offer this month? Check out our Gig Guide for the other side of the M62.

Throughout the set, despite Yusuf being supported by his two touring musicians and a couple of visits to the stage from his old friend Andy Davies from the Tea For The Tillerman days, it was noticeable how lean his songs are. We don’t mean in a stripped down, acoustic way, but as we go from his earliest releases to the bigger hits there is a constant theme that the song, the lyrics and the message are the most important things not a show of ego. There are no overly complex instrumental sections, very few guitar solos and no grand finales. It is as though one of the key attractions in a song to him is brevity.

The lean, almost skeletal, nature of the songs has probably, along with 27 years away from the game, helped to protect and nurture his voice. Whilst naturally aged, there is no damage done and throughout his singing gives an avuncular air, making two thousand people regress to the days of being looked after and sung to sleep. From There Goes My Baby to Peace Train, the set echoes with tracks that are part of the fabric of life. Whether it be reminiscent of hating boybands as a teenager despite loving Boyzone’s cover of Father and Son today, being fired back to an assembly hall in Netherton Moss for Morning Has Broken, countless football matches with You Are My Sunshine, and listening to Rod The Mod sing The First Cut Is The Deepest. 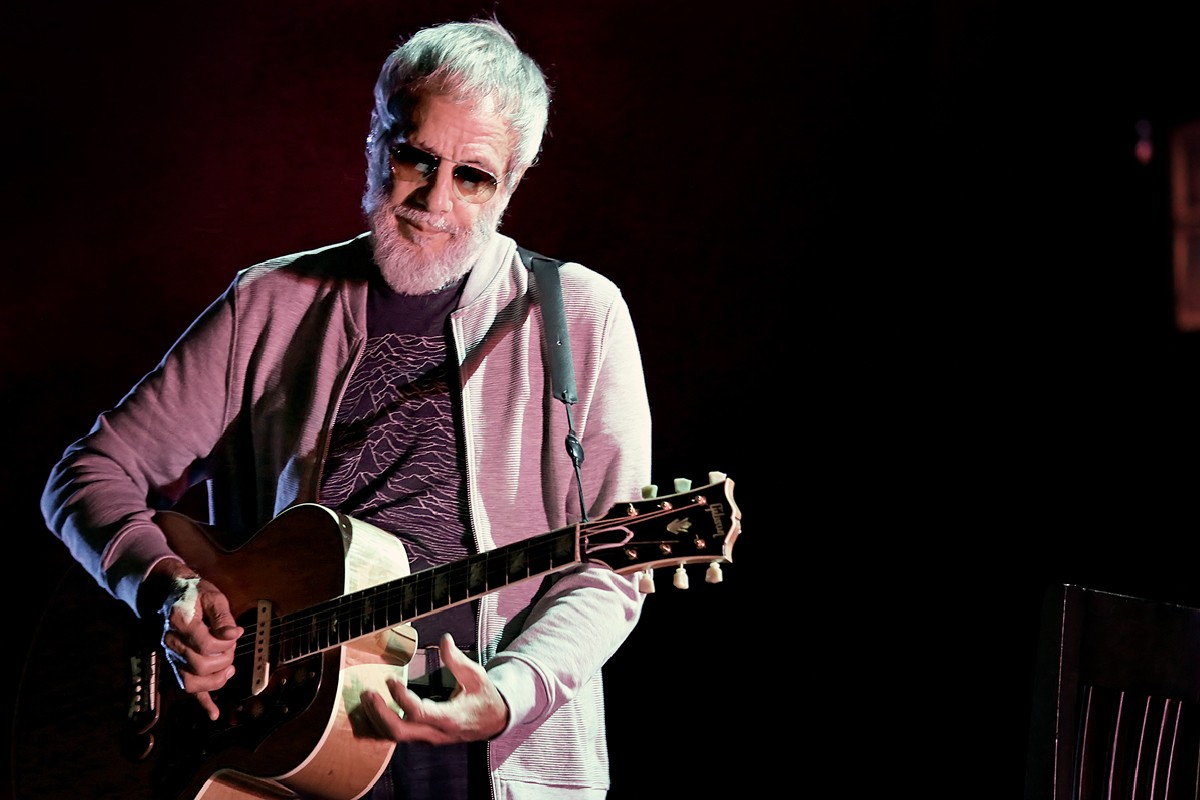 Although Yusuf liked to constantly refer to his love of mankind and his wife who seems to rule his setlist with a rod of iron (no songs suggesting him playing around are allowed), there is another love in his heart that shines through after fifty years, The Beatles. We have a rendition of Love Me Do, a song he played on vinyl in his bedsit, and sticking in an extract of All You Need Is Love in the encore.

Sadly this celebration of that most famous of scouse bands did encourage one lady in the audience to scream out “Why no Liverpool show?” Thankfully throughout the night various shouters were ignored until late on when people were panicking that they were not going to hear Wild World. A simple response of “patience” kept the man with the guitar in charge of the room.

A lot of people seem needlessly fearful that Yusuf Islam uses his set for religious propaganda, but the message is one of spirituality and love. In these times of so many decisions being made on the grounds of antiquated versions of religion without humanity, the message of Yusuf Islam should be taken to heart by all. It does not matter who or what you believe in, as long as you believe in yourself and your fellow man.

Love is all you need.