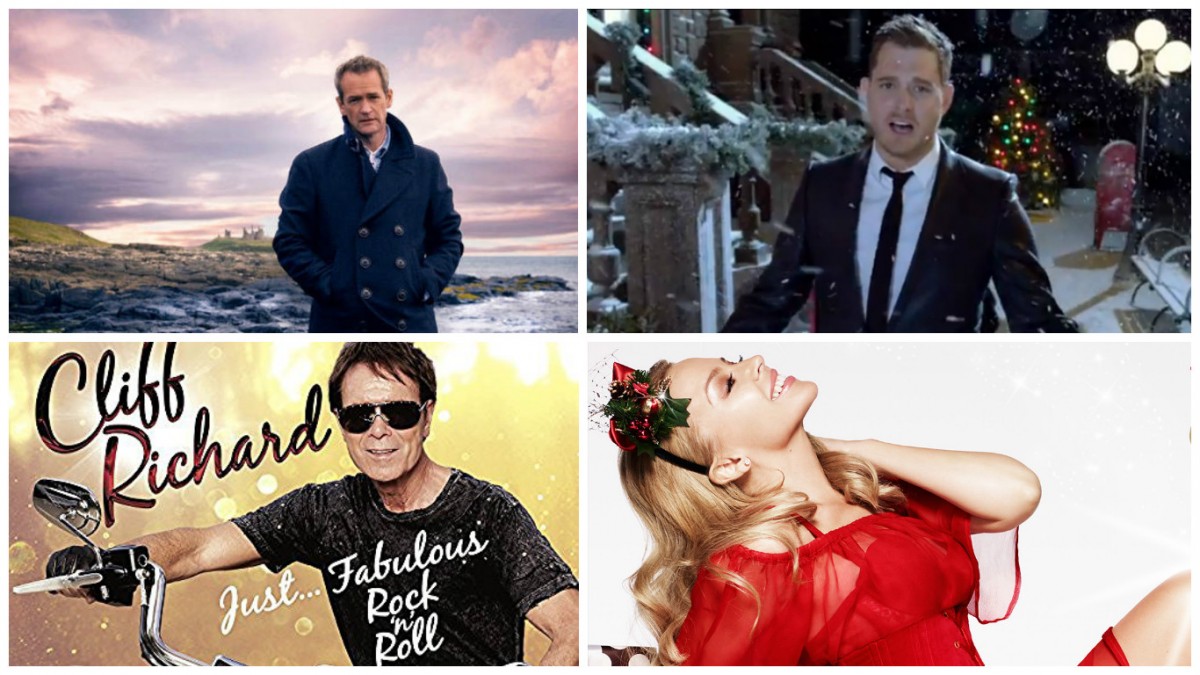 As a plethora of artists ready their seasonal albums, Getintothis’ Shaun Ponsonby exclusively reveals his own Christmas record to the nation.

It’s that time of the year. People who hide in an underground bunker all year – which, incidentally, most of us will be doing after January – emerge into the light and drop some cynically thrown together shit for the Christmas market.

It is a yearly custom that has morphed into an annual tradition. Michael Buble’s suspiciously cheery face pops up for a special on ITV. What is he so happy about? He has the same look on his face as a pet shop keeper who likes to interfere with animals. You know he is up to something, but the only thing you can think of is too preposterous to comprehend. Then six months later you read it in the paper and you feel a little sick.

I seem to recall one of these specials in years gone by that went full-on Knowing Me Knowing Yule and was set in a replica of The Boob’s living room. It is almost post-satire at this point. He’ll do a cover of something like Me and Mrs Jones without once thinking about what the words to the song mean, just so long as they come out of his pie hole in tune.

Buble is a regular around this time of year, as is Cliff Richard. He has a new album called Just…Fabulous Rock & Roll, with a front cover that looks like a parody of a Cliff Richard album cover. I haven’t heard it (obvs), but I assume the whole album has been tossed off relatively quickly. Before the lawyers get involved, I assure you that isn’t a reference to anything. Who are we? The BBC?

There are some humdingers to come for 2016, though. Like some new level of WTF-ness, where Uri Gellar had managed to get inside your mind and convince everybody he had bent it with only psychic powers, but really he had just bent it in advance with his hands.  As if this year hasn’t been bad enough with the deaths of several musical icons, they are apparently being replaced by Pointless presenter Alexander Armstrong, who has lived up to his franchise with a pointless album called Upon a Different Shore.

There’s a trailer for the record online that I was convinced was an unaired Armstrong and Miller sketch from the late 90s. Basically take a Daniel O’ Donnell advert, replace him with comedian and TV presenter Alexander Armstrong walking in a field singing Scarborough Fair, whilst in voice over he bullshits “I really felt it was time to make this something very special”. Of course, what he meant to say was “This is a vanity project, please buy it even though I have no business singing.”

If this column is boring you to tears, for the love of God, do not click here to read past editions of Cosmic Slop

We’re also expecting a reissue of Kylie Minogue’s Christmas album from last year – which apparently comes with different bonus tracks than the initial album’s bonus tracks. But, hey, if you ever wanted to hear Kylie and James fucking Corden duet on a version of Yazoo’s Only You, then this is the album for you. Although, if this is the album for you, get the frig off my column, because you have no reason to be here.

Let’s be honest, there has been no point in making a Christmas album after A Christmas Gift For You From Phil Spector perfected the art form in 1963. But that doesn’t stop people. So I thought if everybody else can have a cheap cash-in album for the season, why can’t I?

Therefore, I am proud to announce my definitely real, brand new Christmas-themed album, Shaun Ponsonby Hums Christmas Classics For You.

There are a whopping nine tracks of unoriginal music, in which I hum along to Christmas classics, both secular and religious, in a vain hope to be a stocking filler for that uncultured relative you forgot about.

The complete tracklisting is thus;

I decided to use the album to raise awareness for all the starving children in Rhyl, hence the first track being Do They Know It’s Christmas? (Feed The Welsh). There have been millions of children going hungry in Rhyl since The Sun Centre closed and local legend Carol Vorderman left Countdown, it’s just been a prolonged downward spiral.

Obviously, I’m not giving any of the money that I make to them. I just want to raise awareness so you can give your money. It’s Children In Need week, it’s what public figures do. Besides, there were way too many expenses to cover.

Listen to a sampler below if you like. You won’t be able to find it in shops, because it’s shit, but by all means feel free to send me money and I’ll burn it to a CD-R for you with a special, personalised Christmas message.

In the aftermath of Donald Trump‘s election, some very important news was overlooked; the Sega Megadrive is back in production.

Former Tory MP Louise Mensch was mocked online for a botched tribute to Leonard Cohen, in which she continually said “Hallelujah“, called the Canadian an American legend and kept rambling something about Russia not having any fun. It is almost as if she was piggy backing off the death of an artist she knows nothing about to berate another nation. What a weapon.

Speaking of which…RIP Leonard Cohen, Leon Russell, and whoever else has passed away in the interim between this week’s column being submitted and publication.