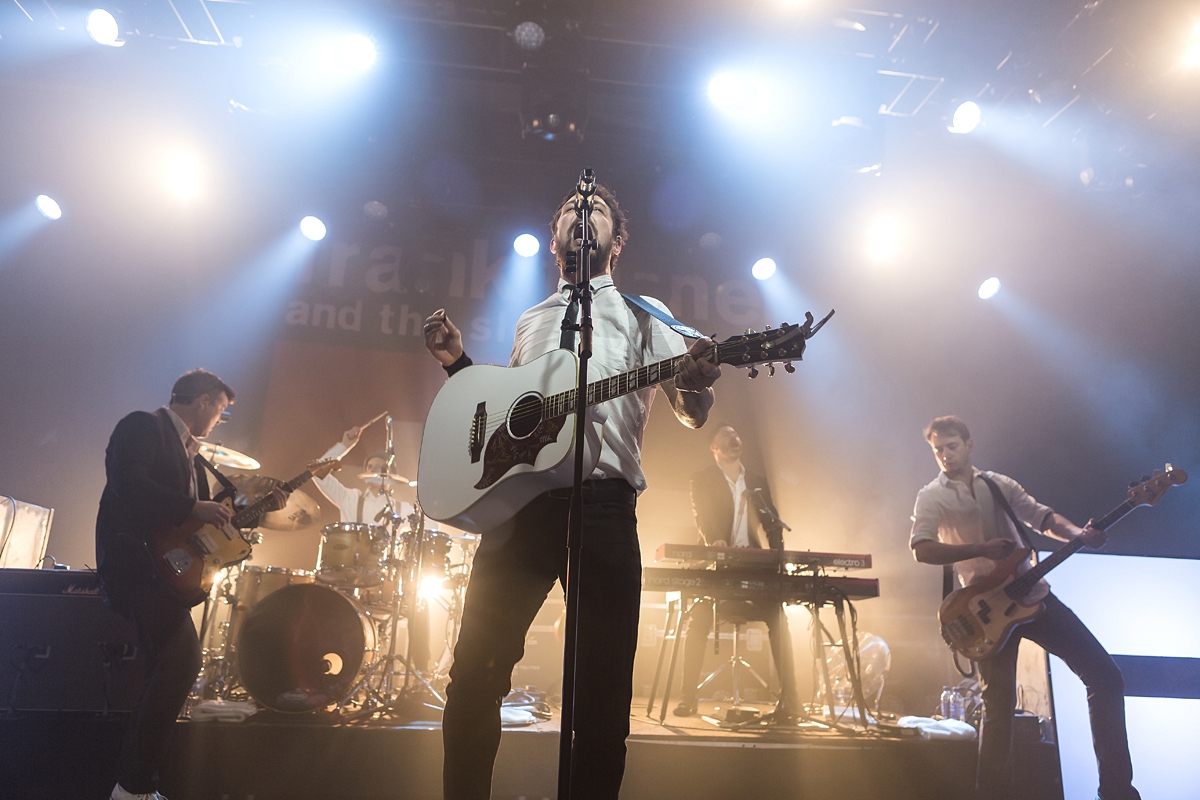 On a miserable Monday night, Getintothis’ Shaun Ponsonby finds the lift he needs as Frank Turner and friends take the stage at the Guild of Students.

What a dank, miserable day. The kind of day that makes you feel dank and miserable just by opening your eyes and looking out of the window at the grey skies, icy rain and depressed faces. The gift of sight can be a tough burden. Have you ever noticed how happy Stevie Wonder always is? Not being able to see days like today might be one of the reasons.

It is in this climate that Frank Turner rolls into town a matter of months after playing a sort-of solo show at the Sefton Park Palmhouse over the summer, and it is a credit to his enduring appeal that this show was upgraded from the O2 Academy to Mountford Hall.

Support comes from two polar opposite acts. Emse Patterson is the kind of support you would expect. It took a while for her to settle into her set, but it really took off towards the end when she played a song called Tumbleweed, which managed to end people’s conversations.

Following Patterson was Felix Hagan & The Family. To say they weren’t what we were expecting was an understatement. Most of the band shuffled on, looking kind of nerdy and dressed in black. They worked up a bit of an intro, before Hagan burst on stage flanked by two female backing singers and wearing sparkling leggings, a feather boa and drenched in glitter. The man was the personification of charisma.

Since the days of grunge, it has been the done thing to dismiss anybody with a sense of humour as a novelty act by the self-appointed guardians of good taste, but we’re going to call bullshit on that. Hagan is living proof. Smiles broke out around the hall as he pirouetted around the stage, caught somewhere between irony and abandonment. It helped that their songs could back up the bravado, particularly closer Kiss The Misfits. They carried us out of the dreary Monday slump.

We saw Hagan on the way out of the venue, surrounded by new fans and people shouting “You were fucking awesome” at them. Stay tuned.

As soon as he strikes opener I Knew Prufrock Before He Got Famous , it is clear that Frank Turner’s audience adores him. He doesn’t need to say a word to them. He just strolls on and starts.

He welcomes us to show number 1,980 (getting close to number 2,000!), and barely lets us breathe for the first few tunes. Most of the first half of the show was made up of older songs, such as ramped up Long Live The Queen (an ode to a deceased friend) and Try This At Home (with the cutting line “There’s no such thing as rock stars, there’s just people who play music/Some of them are just like us and some of them are dicks”).

What does become clear though, is that Frank has been reading the stadium rock rulebook. There’s a bit of schtick creeping in that you would expect from Paul Stanley from KISS more than you would expect it from a meat and potatoes singer-songwriter. There are almost some staged set pieces. At one point, Turner straps on an electric guitar and says “Whenever I strap on an electric guitar, I have to play this riff” before performing half of Motorhead‘s Ace of Spades. It feels like a moment that was supposed to feel spontaneous, even though it obviously wasn’t (the band and lights moving on cue were the first clues). Not that it matters particularly. It was still a fun moment regardless of whether or not he does it every night.

@frankturner and there goes Paul, handing out cake

Admittedly, the show sags a little in the middle for us. A run of songs from his most recent record Positive Songs For Negative People and the previous Tape Deck Heart went down well with the crowd, but didn’t captivate us like his earlier material. Ultimately, they felt like songs that pretty much any singer-songwriter could have written them, as opposed to Turner’s previous material which sounded like only he could have written them. In fact, it was here where we noticed how much Frank had peppered the show with more rehearsed audience participation moments.

He captured us again with a mini-solo set, which allowed for him to break down the already paltry barrier between performer and audience even further. We always feel these are the highlights of Turner’s shows, and tonight was no different with The Fastest Way Back Home serving to pretty much sum up his appeal.

At one point Frank brought out his brother in law, Paul. It was his birthday, so he got the crowd singing Happy Birthday and brought out a cake. Then he cut the cake up and made Paul crowd surf during If Ever I Stray, whilst holding a paper plate aloft with the slice atop and deliver it to the sound man, before crowd surfing his way back to the stage. Credit to him, he did it! For all the moments of borderline cheesy schtick, it is these moments that make Turner such a superior live act. He does have a way of making everybody feel involved. Most bands have no concept of the difference between being a great act and being a great live act. Turner understands this without question.

By the end of the night, pretty much everyone had danced, taken part in a “wall of hugs” (as opposed to a Wall of Death, because in the post-Trump era, we need more love), laughed and sang. It was pretty much what we all needed to lift us out of this dank, miserable day. 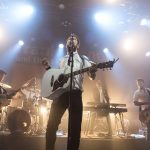 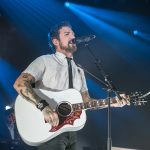 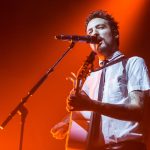 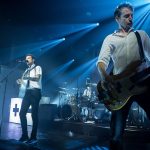 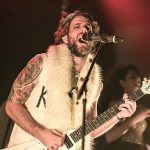 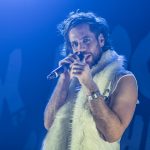 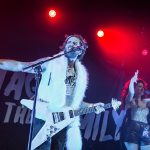 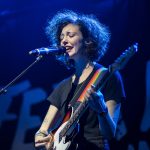 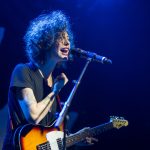