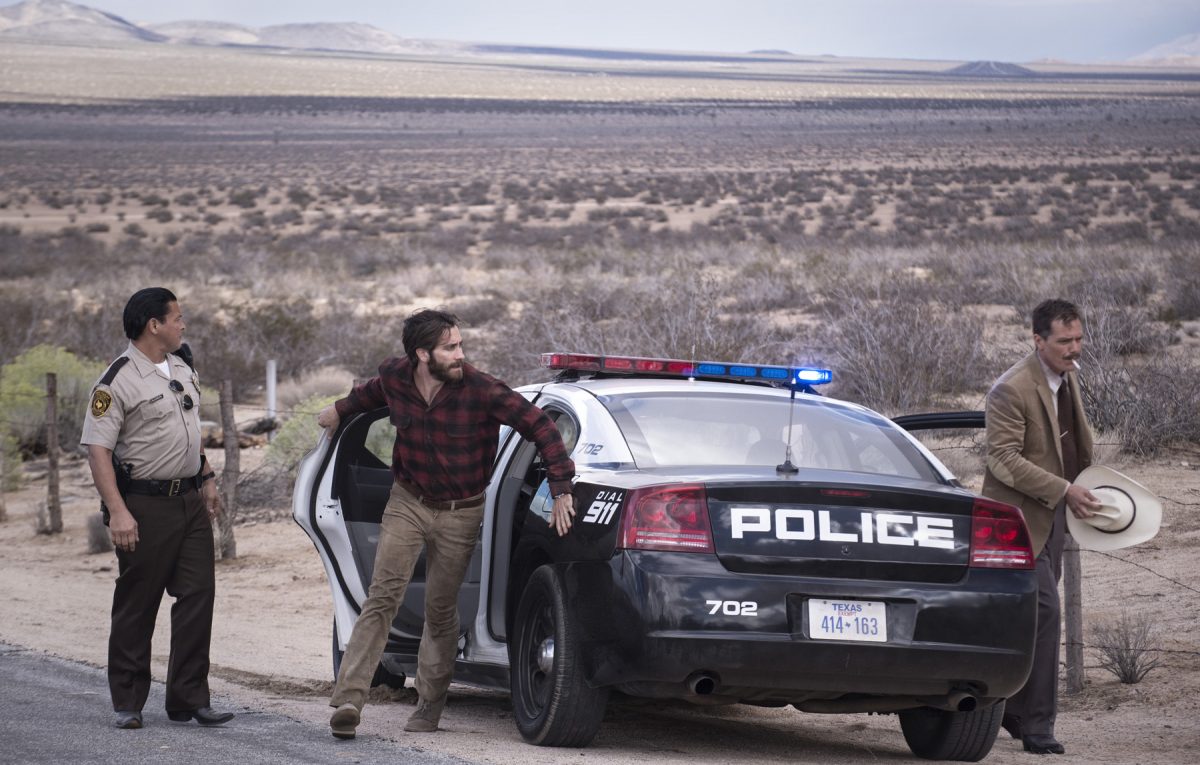 Tom Ford’s Nocturnal Animals combines beauty with an examination of revenge as an artistic motivator, Getintothis’ Laurence Thompson discovers one of the best films of the year.

Michelangelo Buonarroti, so the rumour goes, apparently convinced Leonardo da Vinci‘s attractive young assistant to model for his statue of David, ensuring an eternal public humiliation for his rival by use of the world’s most grand and enduring work of sculpture.

If true, the story is almost distressing in its pettiness – how could something so beautiful and true be so inextricably entwined with vicious motive? Without giving too much away, it’s this Tom Ford makes his subject with Nocturnal Animals. Beginning with a slow motion montage gyrating the several flesh (to steal a description of Diana from George Szirtes‘ Actaeon) of real life Willendorf Venuses and ending with the most crushing, vindictive scene you will see all year, Ford‘s movie is not a pleasant escapist fantasy. It is, however, a monument to a rarely spoken-of dimension to artistic ambition: revenge.

Amy Adams, in her best role to date, plays Susan, the wealthy owner of a Texas art gallery. Hollowed out by her vapid social circle, her unfaithful husband and the infantile shallowness of the art she displays, Susan is made existentially miserable by the emptiness of her existence. One day, she is surprised to receive a copy of a novel written by her ex-husband Edward, (The latest sculpture in the Jake Gyllenhaal Renaissance.) Effectively a re-working of Sam Peckinpah‘s baleful Straw Dogs, Edward‘s book entrances her and distresses us. The scenes of the mise en abyme are textbook exercises in Hitchcock-ian tension onto which Gyllenhaal, Aaron Taylor-Johnson and Michael Shannon graft genuine menace, suffering, and bathos.

The book-within-the-film is clever for two reasons: firstly, it opens up a fascinating (trans-)gender dynamic as Susan inhabits the character of Tony, whom she visualises as Edward, who has used his empathy for Susan to appeal so dynamically to her. As Susan and Tony are contra-poised in split-screen, forming mirroring diptychs, the boundaries between the three psyches become porous. One is reminded of a less extreme version of David Lynch‘s masterpiece Inland Empire, in which identity is never a settled argument.

Secondly, in a framing device reminiscent of Rashomon‘s unreliable narrator, we are not actually reading the book but seeing it through the imagination of Susan, an art history graduate. This gives Ford an excuse to deliver at least two startling images that don’t exactly fit the gritty rural West Texas setting: two female nudes atop an opulent red sofa in the middle of a junkyard, and an ostentatiously chiaroscuro rendering of a naked Gyllenhaal in a motel bathroom that could have come straight from Caravaggio‘s studio. Edward effectively forces Susan to release the inner artist she repressed for reasons of social hierarchy.

Ford, whose previous movie A Single Man surpassed all expectations for a fashion designer turned first-time director’s work in its sensitive, empathetic, and sensual treatment of Christopher Isherwood‘s novel, has an eye for such things. He is a true artist and auteur who, by treating his subjects as real people instead of wrathful caricatures, has made the picture Nicholas Winding Refn‘s The Neon Demon should have been. Even though he cannot quite match Refn‘s intense and florid visuals, Ford‘s deep understanding of the bleeding edge of beauty means Nocturnal Animals is one of 2016’s best films.