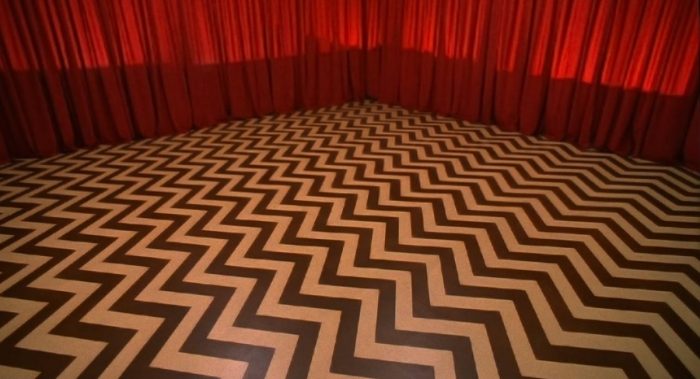 The red room is waiting…

With the arrival of a new Twin Peaks book by series co-producer Mark Frost on the shelves, Getintothis’ Del Pike delves into the woods and comes out empty handed.

When Twin Peaks arrived on our TV screens at the start of the 90s it felt like a new era in TV drama, not since Dallas had an American saga been so discussed and dissected. What made it so enticing was the fact that it was co-created by David Lynch, the country’s finest cult director, famous for Eraserhead, The Elephant Man and Blue Velvet. A man guaranteed to offer a surreal slant on an otherwise workaday murder mystery.

His collaborator, Mark Frost has ended up somewhat in the shadows of the mighty Lynch, and this is somewhat unfair. With extensive experience in TV, Frost was able to control the structure of the show and show Lynch the ropes of how to produce a TV serial rather than a movie. He had previously enjoyed success as writer on the hugely popular cop show, Hill Street Blues.

The Twin Peaks TV show followed an investigation, headed by FBI Special agent Dale Cooper, played magnificently by Lynch favourite, Kyle MacLachlan, into the murder of small town prom queen Laura Palmer (Sheryl Lee). As the weeks rolled out it transpired there was more than just a murder mystery afoot in the town as Laura was certainly not as squeaky clean as her iconic framed portrait suggests and everyone in town had a mystery of their own. It was Cooper‘s nocturnal journeys into “Another Place” that made this show so different to anything else on TV, a mystical place with monochrome zig zag floors, red velvet curtains, the ghost of Laura Palmer and a dancing dwarf, presided over by the Owls of Ghostwood. Pure Lynch fantasy.

The show’s initial short run of eight episodes failed to reveal the killer and viewers had to wait for the second season for the answers. The reveal came early on but the second season ran to 22 episodes and lost a lot of viewers once the mystery was over. True Twin Peaks fans would argue that once Laura Palmer‘s killer had been outed, that’s when the show got really interesting as there was more opportunity to delve into the lives of some of the lesser used characters and play around with the surreal elements more. The 1992 film Twin Peaks: Fire Walk with Me, failed to ignite with audiences who had become tired of the series, which is unfortunate as when viewed as a standalone movie it contains some of Lynch‘s finest work.

The show returns next year after a quarter of a century and, unlike the original where Lynch made guest directorial appearances, he has embarked on taking full control of the chair this time round. The focus has been on Lynch who at one point walked off the set due to creative differences with the financiers, but his return led to an even longer run of episodes than was previously promised.

But what of Mark Frost?

He has been busy creating another layer of intrigue in the form of The Secret History of Twin Peaks, a beautifully bound book that would grace a coffee table as easily as a book shelf. The book is a novel of sorts that goes way back to 1805 to establish the origins of the town and works its way through to 1989, just after the events of the TV series.

Frost attempts to establish the mysterious happenings in the woods around Twin Peaks by presenting us with high adventure from the real life explorer Meriwether Lewis and his affairs with President Jefferson and later on the fictional character of Douglas Milford and his work with the government concerning extra terrestrial visitations. President Nixon looms large.

The bulk of content on conspiracy theories and secret papers on alien visits is probably interesting to some, but not your average Twin Peaks fan. It feels very much out of place here. It is much more akin to The X Files than Twin Peaks, and just leaves the reader wanting to cut to the chase and catch up on the gossip from the Double R Diner.

At over 350 pages, laid out as documents, letters and photographs (It is a beautiful artefact), it is a trial rather than a pleasure and coming from the co-creator of the show himself this is disappointing.

When the TV related content comes into play it is short-lived and merely recaps pretty much what viewers already know. The story of Margaret the Log Lady is given some context and we find out about the background to Big Ed and Norma‘s Romance, Hank‘s formative years and the origins of The Bookhouse Boys but it’s not enough.

There are accounts throughout the book from a mystery archivist, and we are fed the idea that this figure is a regular from the TV show. When the archivist is revealed it’s not worth the wait and isn’t enough of a hook throughout to keep the reader intrigued.

This would have been a great opportunity to delve deeper into the more intriguing elements of the story but instead is a lost opportunity. Paperback copies of The Secret Diary of Laura Palmer by Lynch‘s daughter Jennifer and The Autobiography of FBI Special Agent Dale Cooper: My Life, My Tapes by Frost‘s brother, Scott are much more enjoyable. Released when the show was still on TV as tie-ins, they offer much more specific information than Mark Frost‘s book.

The Secret History of Twin Peaks by Mark Frost is available now.

Frost had been due to sign copies at Forbidden Planet on Bold Street on Monday November 14 at 1.00pm but this has now been postponed until 2017 on account of illness. Watch this space for further information on the rescheduled date.