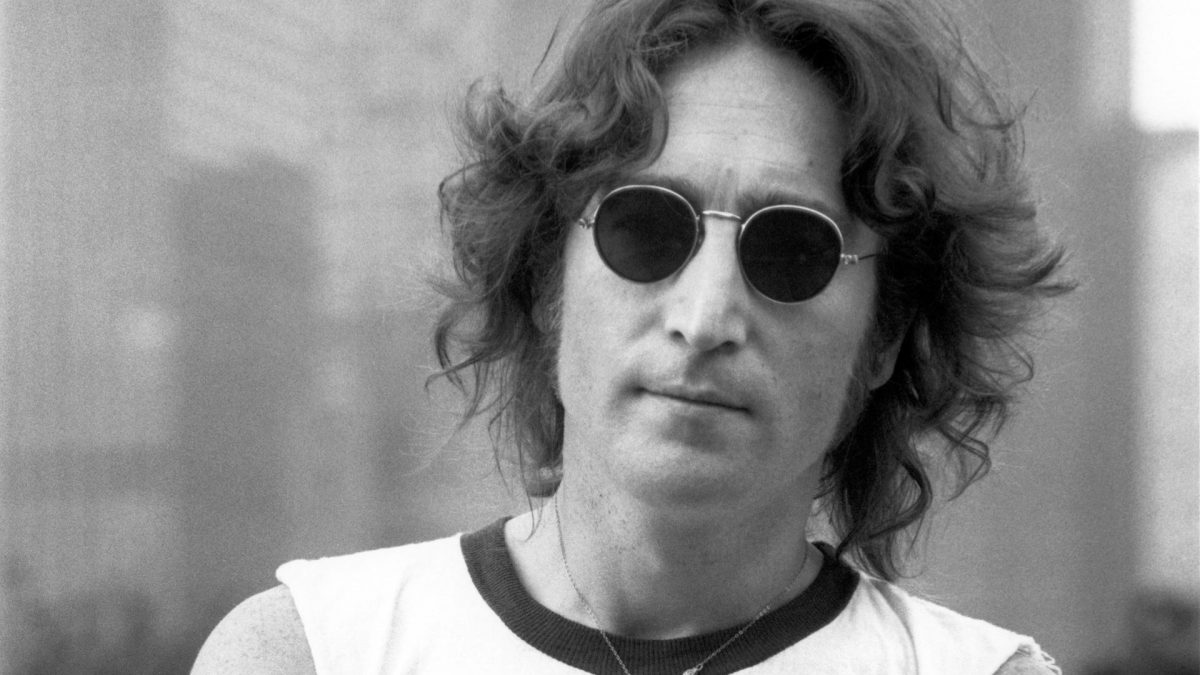 On the anniversary of John Lennon’s death, Getintothis’ Lorna Gray and Andy Holland debate Lennon the man, and whether eulogising him is justified given his more problematic traits.

John Lennon was murdered 36 years ago today. In the time since his death, who he was and what he stood for has been debated time and time again.

When anybody dies, the phrase “Don’t speak ill of the dead” crops up a lot. When the deceased individual in question sold millions of records and changed the world, a lot more scrutiny is afforded. For the generation directly touched by Lennon and The Beatles, it seems he almost became a God or mythical being. One does not speak ill of John Lennon, for without he, we would not have Can’t Buy Me Love.

But, as time goes by, people start to view things slightly differently. Perhaps incensed by the glossing over of a darker reality, it seems that future generations had no problem in voicing their opposition to some of Lennon‘s less than flattering traits. Eulogising a man who, as far as they were concerned, didn’t necessarily practice what he preached. It isn’t merely iconoclastic, the criticisms come from a genuine concern.

It is an interesting question in itself; where is the line of acceptability? It is right that Lennon should be eulogised for his contributions, but how much so if the reality is not what we are sold with Lennon‘s image?

Below, two of Getintothis‘ regular contributors have given their opposing views on the subject. Not to ruffle feathers, not to court controversy, but to hopefully ignite discussion on the issues presented.

Ron Howard’s Eight Days a Week has brought Beatlemania back to the city where it began, Getintothis finds much to get excited about down at the front row at FACT

“It’s Not Nice to Know Your Hero Was an Arsehole”

This is a topic I feel is important to put out there, but a sensitive one that I’m expecting will offend many – especially as part of a Liverpool-based blog. I apologise in advance, this individual has been practically canonised within Liverpool, but I am in fact coming for your hero whom you named an airport after, John Lennon.

First of all, a disclaimer: I do actually really like The Beatles, like most who grew up in Liverpool, their infectious music was difficult to avoid. I am by no means a die-hard fan but I do have the majority of their discography. By writing this I am definitely not dismissing the Fab Four as arguably the most important band to ever exist, or that their music should be celebrated for what it is throughout generations. I am simply stating facts, facts that may be hard to swallow but nonetheless actual, proven facts; John Lennon was, shall we say, not a particularly nice individual.

“It was just dreadful. You’d open up every night, and instead of seeing kids there you’d just see a row full of cripples on the front…When we were running through, it seemed like [we were]just surrounded by cripples and blind people all the time. And when we’d go through corridors, everybody would be – they’d be all touching us. It got horrifying.”

The way he talks about the disabled is dehumanising and without a doubt disgusting. That poor little successful musician, being touched by those less fortunate than he, I hope he had a spare suit to change into afterwards in case he got cripple-cooties. Seriously, what an arse.

He almost beat someone to death for insinuating he was gay. Rumours of Lennon’s homosexuality circulated frequently, and his trip to Spain with openly gay then-manager Brian Epstein only added fuel to the fire.

Bob Wooler, a DJ at the Cavern Club innocently asked what happened on the trip. John responded by beating him severely. Epstein sent Wooler £200 as an apology, Lennon defended his actions by saying he called him “a queer”. As if being gay was such a disgusting thing to be called, as if he didn’t want to be tarred with that brush because of his own prejudices.

Finally, my personal favourite issue, as a lover of irony. The man who brought us songs such as Give Peace a Chance and Imagine which preach of peace and love and unity was actually an incredibly violent man.

He often beat, abandoned and emotionally abused his son Julian, which Julian has spoken about himself, he even called his father a hypocrite. Both his partners Cynthia and Yoko have spoken out about this side of Lennon since his death. He was abusive, he constantly cheated on both of them, he beat them. If you’re reading this and shaking your head in disbelief, then hear it directly from the misogynistic horse’s mouth. In a 1980 Playboy interview, he told them of his inspiration for the song Getting Better:

In the same interview, he does explain that the shame of his violent past is where his advocacy for peace had come from. However, the fact he was violent in the past was just dismissed, brushed under the carpet, his consequences for being violent towards women were world-wide fame as a reputation as a peace and love obsessed hippy. That just doesn’t sit right with me, it’s hypocritical.

Let’s ‘imagine’ that Chris Brown – who famously beat his then girlfriend Rihanna – had written a song about how violence isn’t the answer, I doubt that would go down very well at all.

It’s not nice to know that your hero was unequivocally a bit of an arsehole, and if you’re only just finding this out, then I’m sorry to be the bearer of bad news. This doesn’t mean you’re completely forbidden to enjoy his music, he wrote some incredible songs and if you were to dismiss music from all problematic artists you’d be left with quite a silent life. The iconic likes of Black Sabbath and the Velvet Underground would all be forbidden fruit. As would pretty much everybody else.

Just before you drone on about how Lennon was all for peace and love and start quoting Give Peace a Chance when on an anti-war soapbox in a very Bono-esque fashion (clueless and largely ineffective – what the hell is lying in bed for peace in your Hilton Hotel penthouse going to do?), before you get a ban the bomb tattoo with “imagine” written in script below it, consider that maybe he wasn’t the most perfect advocate for peace on earth. Lorna Gray 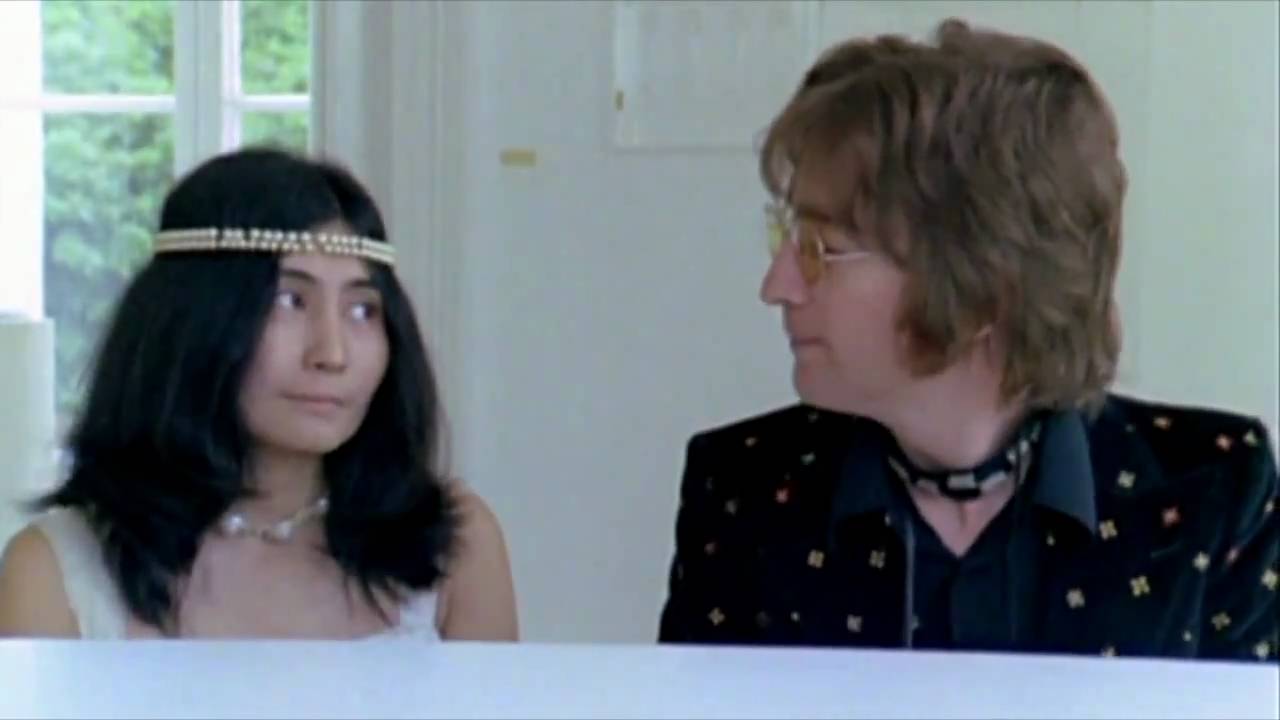 John and Yoko in the Imagine video

Cosmic Slop takes a look at the Lennon, McCartney and rock martyrdom

I’m not sure how long it was ago, but I began to notice that more and more people were writing negative pieces about John Lennon. In fact, nowadays it has become fashionable to be critical of him. It’s only natural I suppose, it is now 36 years since he was assassinated, and his reputation has long been long subject to revisionism.

We now live in very judgemental times, and we particularly love to tear down those who are more wealthy, glamorous and famous than ourselves. John Lennon is many ways is the ultimate easy target; he belongs to another, less enlightened, time, and made some grand proclamations in his most famous song, Imagine, that seem nakedly hypocritical now.

I grew up during a time that The Beatles had long since broken up and the general feeling – certainly in Liverpool – was that they had all gone a bit strange, and that Lennon was possibly even mad. I don’t recall that his peacenik stunts with Yoko were ever taken all that seriously by most people, instead they were regarded with bemusement.

After Lennon died though, all of that changed. Lennon the ‘peacemaker’ became the definitive story and they defined him as thus from that moment onwards. Perhaps the media suddenly felt guilty for treating him like a joke for so many years, but the peacemaker tag was always going to be problematic.

Lennon was a complicated human being by any standards. He advocated for peace, but as he would freely inform people, he had a history of being very volatile and aggressive, and had even beaten women. He was an extremely vulnerable man who tried to mask it by being the most entertaining person in the room, even if that meant making somebody else had to be the butt of the joke. His temperament veered from soul-crushingly insecure to breathtakingly arrogant. He could be charming, thoughtful and witty one moment, to cruel and nasty the next. He was profoundly neglectful of one son, and doting and supportive of another.

We know about a lot of Lennon’s faults because he freely owned up to most of them, in an attempt to move on and improve himself. His entire personality was built on layers of contradictions, and a restless need to express his feelings. If he wasn’t doing it in songs, writings, or drawings, he would do it in some of the most candid interviews ever recorded. He often suffered as a consequence of that honesty.

Biographers have always referring us to Lennon’s difficult upbringing to explain him. At the age of six his parents had forced to choose between them, but was later abandoned by both shortly afterwards. He was later brought up in his middle-class Aunt Mimi’s house, but was left with feelings of guilt about what he’d done to make his parents leave. A further cruel twist is that his own mother was living only a few blocks away the entire time, which made him wonder why she hadn’t bothered to visit him. When he did finally reunite with her, she was killed while crossing the road shortly afterwards.

I remember talking to somebody who knew Lennon well, and he mentioned that he always got the impression that whereas other musicians on the scene loved to get back home to their families, Lennon felt that he didn’t have a home. This was particularly in evidence in Hamburg, where most musicians got homesick, but Lennon seemed relatively at ease with the situation.

This ‘lack of home’ is further exemplified by Lennon’s obsession with Strawberry Fields; a children’s home that was not far from his Aunt Mimi’s house. As a child, Lennon had an affinity with the children who lived there, would play in the grounds with them, and occasionally be found hiding under a bed in an attempt to stay the night. There seems to be some level of profound loneliness evident in such behaviour, and sadly that seemed to stay present in Lennon, no matter how wealthy and famous he became.

We all seem to need heroes, and some people seem to need to be admired in that way. However, when we elevate people to that status we are often not doing them any favours; nobody can stand that level of scrutiny.  Very few of us actually knew John Lennon personally, so nearly all of us are basing our opinions on hearsay.

Lennon may have been a very flawed man, but his legacy to British popular music and culture is still virtually unparalleled. Let’s remember him for that. Maybe we shouldn’t sentimentalise him anyway – he would have hated that. Andy Holland