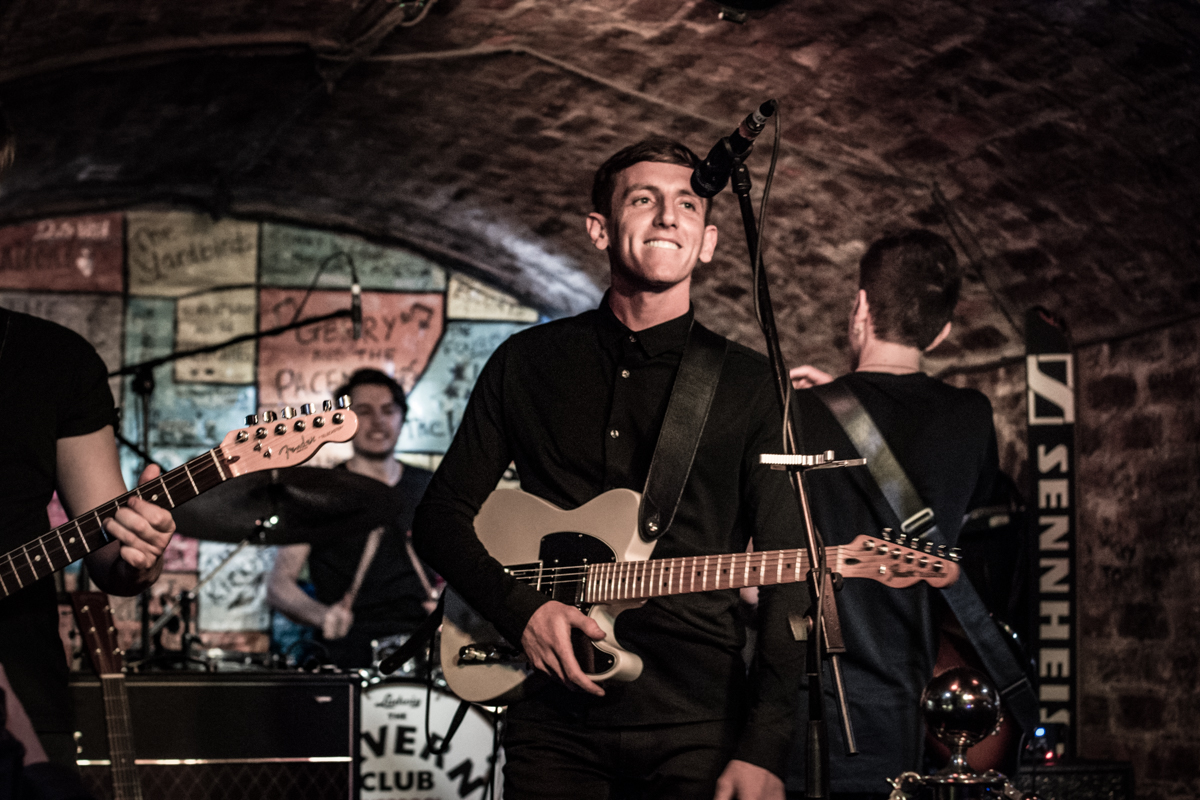 To celebrate Global Scouse Day, Getintothis’ Chris Burgess seeks out an alternative list of the greatest tunes Liverpool has produced.

Alright lad?! It’s Global Scouse Day tomorrow, a celebration of our city’s most famous dish. In celebration we’ve decided to compile a list of alternative Scouse anthems to listen to while you tuck in.

Liverpool has produced more than its fair share of anthemic songs and global icons: Merseybeat, The Beatles, Cilla Black, Elvis Costello, Echo and the Bunnymen, Frankie Goes to Hollywood, Cast, The La’s, Shack, The Zutons, The Coral, Miles Kane and about a billion others have all made waves around the world.

They’re just the big names. The glossy Glastonbury headliners of Merseyside music, if you will. The city has far, far more to offer than those bands alone. Here’s our selection of alternative Scouse anthems.

If lists of things are your bag, check out Getintothis’ other Top 10’s

The titled track of the band’s third album, Free the Pterodactyl 3 is a nostalgic, melancholic ode to growing up, loaded with references to coastal roads, the beach and the last train home.

It’s evocative of childhood in the city while at the same time serving a reminder that life passes by fast, all sung with perfect sea shanty-esque harmonies. Not only that, but they’re one of the few rare bands that actually sing in a normal Scouse accent.

If there’s one genre overlooked the most in Liverpool, it’s metal. There are dozens of metal bands, all of varying sub-genres, across the city at any one time – all toiling away beneath the surface of the city’s music scene.

Liverpool band Carcass were pioneers of the grindcore genre, about as far removed from the melodic pop songs of Merseybeat and The Beatles as you could hope to find.

That’s not to say they’re not as talented – guitarist Bill Steer consistently ranks highly in lists of the greatest metal guitarists. His solo on Buried Dreams perhaps the most shining example of his musicianship.

The track ends with vocalist Jeff Walker wailing the line “all you need is hate”. Like an alternate universe version of John Lennon.

“That one from X Factor?!” I hear you cry, spitting your tea out.

Yes. Absolutely. Liverpool has always done a fine line in pop acts – Atomic Kitten, Sonia, Cilla, Sugababes, The Wombats – and Ferguson is fast turning into one of the finest vocalists in the country.

Liverpool also produces a great deal of strong women – the kind that don’t take shit from anyone and will fight for what they want. Superwoman is an anthem of pure resilience and bouncing back. On this track Ferguson’s vocals are on par with any of the soul greats.

7. Half Man Half Biscuit – When the Evening Sun Goes Down

Yes, Birkenhead counts as Scouse. Sorry, but it’s true. Let’s end the ‘wools’ argument here, mainly because it’s so bloody boring. Basically, anyone from The Wirral can count themselves as Scouse if they want to and can celebrate today along with the rest of Liverpool.

“I’m off to see the Bootleg Beatles” he sings on When The Evening Sun Goes Down, before mischievously adding “…as the Bootleg Mark Chapman”.

6. Ladytron – Destroy Everything You Touch Today

One of the most significant Liverpool bands this century, Ladytron were perhaps ahead of their time. Their brand of electronic pop followed a fine tradition of synth-based bands such as OMD, A Flock of Seagulls and Red Flag.

Highly infuential in the city, the band were behind the much-missed Korova bar and the Evol club night. Destroy Everything You Touch Today is them at their fiercest – with brooding vocals, glossy beats and driving synth and bass.

How can we not include a woman so Scouse she’s called Mersey? Daughter of uber-Scouse songwriter Pete Wylie, of The Mighty Wah! fame, Mersey has carried on the family tradition, penning some first-class, jazz-inflected tunes.

Don’t Give Up On Me is a soulful funk belter of a song, Wylie’s smart vocals building to a glorious finale.

Merseybeat isn’t the only genre of music named after the city. Scouse House – an evolution of the 90’s Happy Hardcore – was the defining sound of the city for many years, with clubs across the city centre banging out dance tunes with maximum bounce to the ounce.

Ultrabeat was made up of three Scouse DJs; Chris Henry, Ian Redman and former hardcore producer Mike Di Scala. Their brand of trance led to a number 2 hit with Pretty Green Eyes, but it’s their collaboration with Darren Styles on Discolights that sums up Liverpool’s club scene. “I want to go out every night…”

Scousers aren’t afraid to invent when it comes to music, often eschewing the popular and looking elsewhere for inspiration. Art has played a big part in the city’s music scene over the decades. You can count Deaf School, Zombina and the Skeletones, Organ Freeman and Ex-Easter Island Head in the list of avant garde weirdness that tempers the dull and ordinary.

One of the longest serving proponents of mixing art with music are a.P.A.t.T. To say their output is eclectic is putting it lightly indeed. Give My Regards to Bold St isn’t an anthem in the traditional sense – no uplifting, rousing, singalong chorus here. Instead it’s a shifting, tilting, impossible-to-nail down tune. Which sums up the city’s art scene magnificently.

2. Queen Zee and The Sasstones – I Hate Your New Boyfriend

Another Scouse trait is firmly doing your own thing, regardless of whatever anyone else thinks. Liverpool has a proud reputation of creating truly unique gay artists, such as Pete Burns, Holly Johnson, Paul Rutherford, Marc Almond – even going as far back as George Melly. Bloc Party’s Kele Okereke was born in Liverpool too.

The latest in this line is the irrepressible Queen Zee, on the verge of hitting the big time. The lo-fi, outspoken and at times incendiary punk rock outfit are making waves, and deservedly so. I Hate Your New Boyfriend feels like a future classic, Zee angrily spitting her vocals out.

While the city may have a lot more to offer the world than The Beatles, their influence over many things is frankly undeniable. There’s a clear choice that Liverpool bands make early on, to Beatle or not to Beatle. Are they going to rail against the popularity of the Fab Four and Merseybeat, or take influence from them? Either way pays them a great deal of respect.

While Louis Berry is firmly in the Beatles-influenced camp (he even looks like a modern day Rory Storm) his melodic and uptempo rock n’ roll tunes aren’t derivative in the slightest. She Wants Me is a blistering anthem, Berry’s raw voice and Harrison-esque guitar licks showing that Liverpool’s musical future in is good hands.