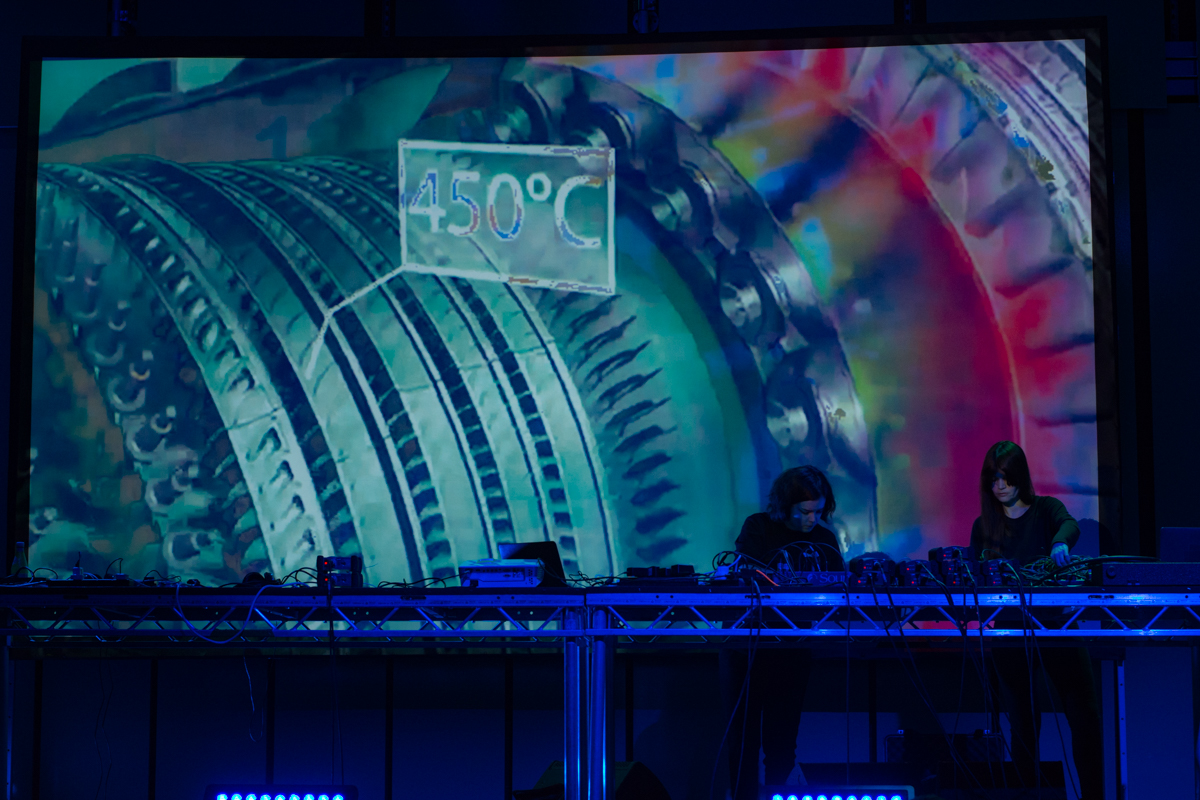 As Nik Colk Void and Klara Lewis bring out the majesty of the Philharmonic Music Room, Getintothis’ Paul Higham reports on a night of intoxicating electronica.

Liverpool’s Philharmonic Music Room has proved to be a worthy venue for big gigs and important events. That is not to say big as in size, for the city has more capacious venues capable of catering more comfortably for greater numbers. By big we mean gravitas and cultural importance.

The visit by Nik Colk Void and Klara Lewis felt like a special occasion and the Music Room had it well catered. Seats were laid out – reminding that this was no mere gig but a cultural event, a serious concert of serious music. The stage was unusually elevated, a long table playing host to a bewildering array of electronic gadgetry. The room itself looked resplendent; the silver wall panels as pleasing on the eye as they are on the ear.

See what other arts events February has in store

Opening performers Algobabez proved to be one of the most unusual acts to grace its stage. Poised behind laptops they produced a set of discordant electronica; so far so good. But they offered something more, and the clue is in their name.

The large screen that formed the backdrop to the stage was filled with various computer coding windows, suggesting initially that there was a problem loading the artwork to accompany the live music. Except there was no problem. This was the visual accompaniment.

Algobabez‘ music was constructed using Supercollider software in a display of technical wizardry as they live-coded there way through an arresting 30 minute set, writing algorithms as they went along; manually opening and closing windows as the composition progressed. 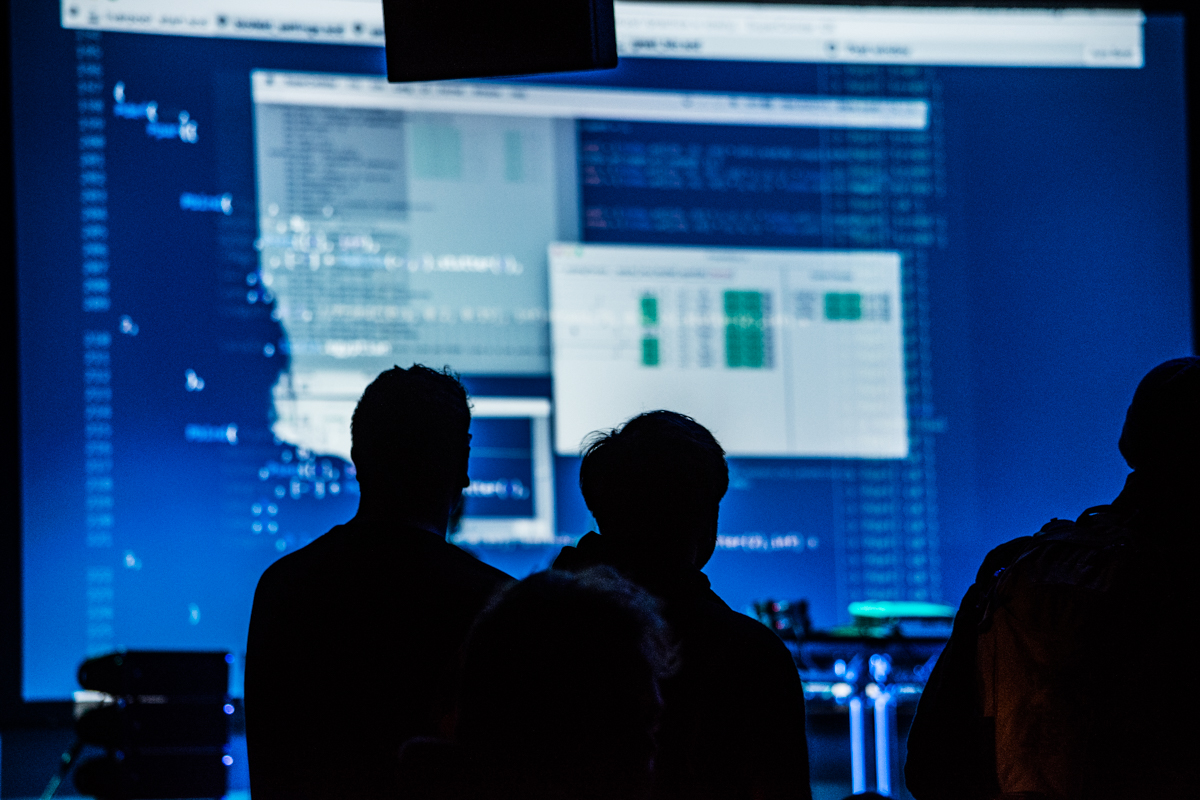 While the skill and technical proficiency at display was clearly on evidence, it wouldn’t have mattered if the music they created didn’t match up. Fortunately for them it did just that. Seeming to separate itself into three distinct phases, it opened with a haze of nausea-inducing ambience, before progressing into more propulsive territory.

The last third recalled the early pioneers of electronic music with a tour de force of musique concrète chopping through a dizzying array of sounds and textures that brought to mind the likes of Stockhausen and Berio. The strained expressions from the stage and at times frantic connecting and disconnecting of iPhones hinted at technical difficulties. Yet the skill at bringing together colliding and fractious hard-edged sonics into a cohesive whole signalled a real talent and a keen understanding off their craft.

If Algobabez left Nik Colk Void and Klara Lewis, with a tough act to follow then this was something that they managed with genuine aplomb and surefooted ease. Their’s was a very different set from that which had preceded it, the jagged edges becoming more rounded, the textures applied with greater subtlety. 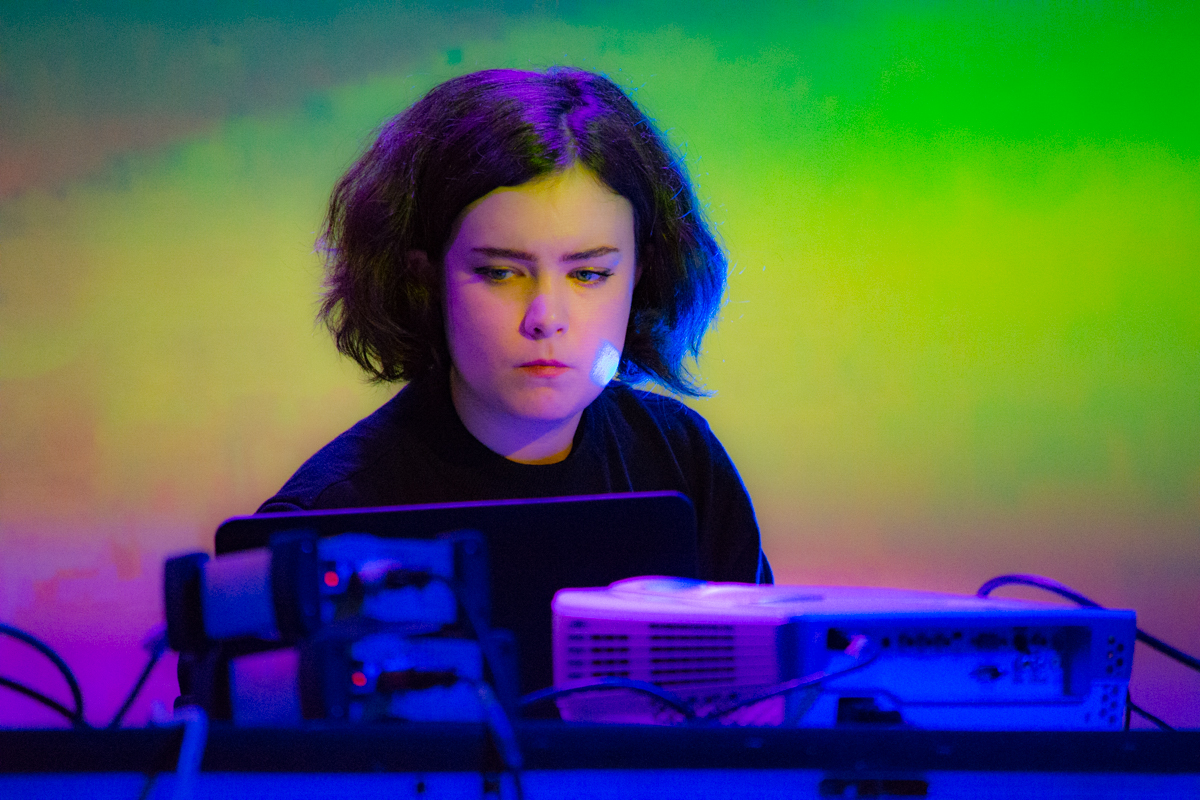 However this should not be confused with lightness or, indeed, light-weightedness. The emphasis remained skewed to the dark and the foreboding, waves of consistently brooding sonic abstractions filling the space while mesmeric backdrops explored sensations of descent, destruction, climate change and humanity’s destructive relationship with its environment.

If the effect was to heighten the edgy uncertainty and overall sense of bleakness, there was nonetheless a captivating beauty to their set. A beauty which entranced and with unerring mesmerism, its hypnotic effect causing time to speed. Or so it felt. Their set whizzed by in a 45 minute blur, only releasing you, ever so slightly dazed, from its vice-like grip at its conclusion.

It felt like a special moment: a rare one-off, never-to-be-repeated performance. The night affirming the continued relevance of electronic music, showcasing not only its personally transportive qualities but also its very vital tendencies and ability to offer unerring social commentary through the emotional resonance of its music.

In their form and structures, both sets owed not insignificant debts to classical music. This was music to sit and listen to, to respond to emotionally rather than physically and in that way the Music Room proved the perfect setting to best appreciate it. 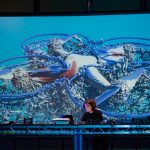 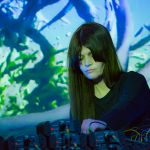 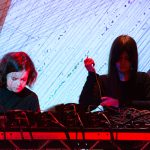 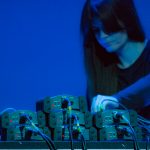 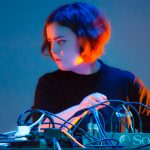 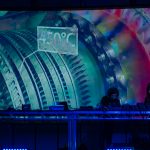 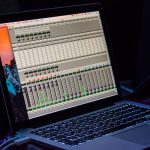 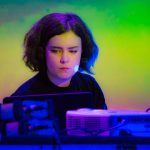 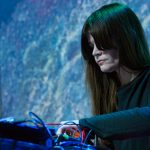 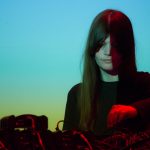 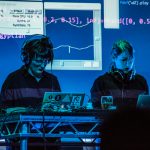 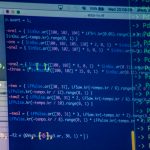 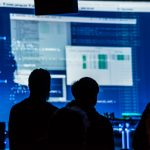 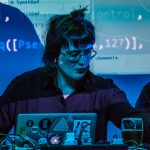 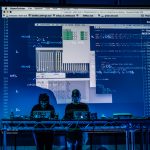 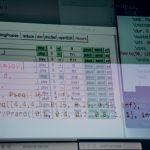