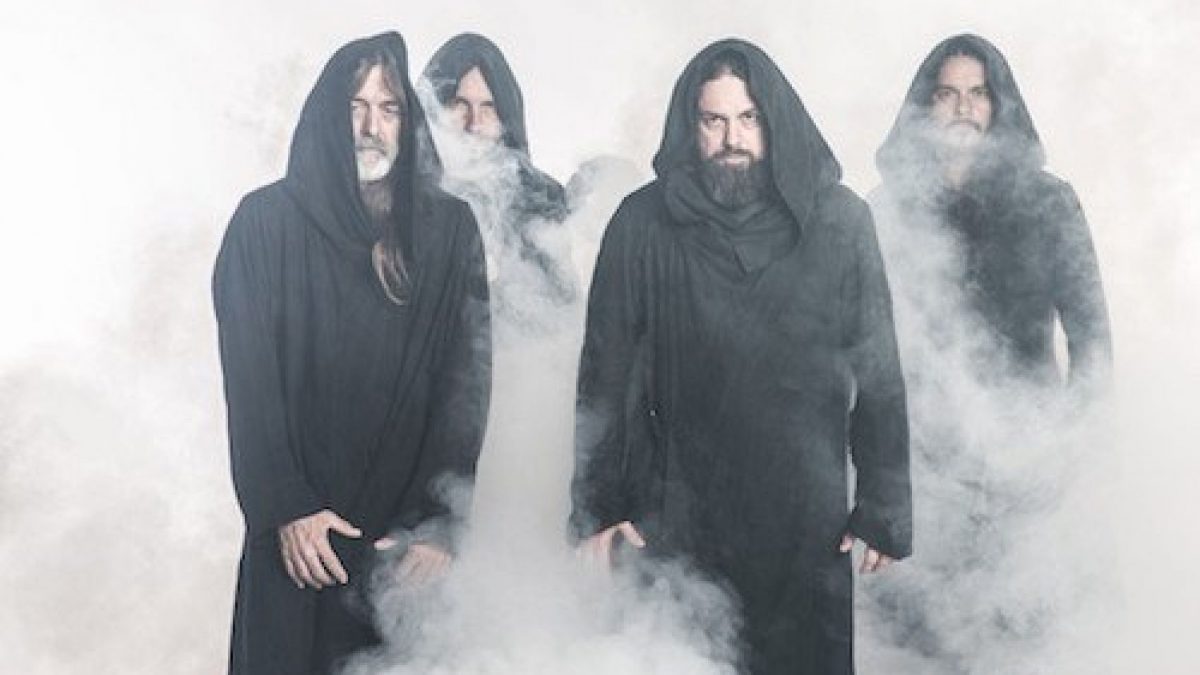 London’s week-long Convergence Festival returns for its fourth year this March with an array of pioneering and cutting edge experimental musical talent.

The festival aims to educate as much as it does entertain, with its goal to enhance the understanding of the relationships between performance and technology. In doing so the festival provides a platform for unusual projects, one-off special events and collaborations.

The festival runs from March 21-25 and takes place in various venues across London including Barbican, Brixton Electric, Koko, Village Underground, Scala, Jazz Café, XOYO and Behind the Bike Shed.

Opening night sees Seattle noise-drone leviathans Sunn O))) bring their doom metal ambience to the Barbican Hall, while the dark electronic compositions of Erased Tapes artist Rival Consoles will take over the Village Underground on the same night. Elsewhere South London’s Formation will bring their politically charged post-punk to XOYO in what will be their biggest headline show to date.

Wednesday March 22 will be a busy night for the festival. In what will surely be one of its most anticipated performances, Ash Ra Tempel founder Manuel Göttsching will take part in a double-header first mining the Ash Ra back catalogue before giving a rare solo performance of his groundbreaking E2-E4 album. Austra will show-off the dark synth sounds of her third album, Future Polictics to Village Underground, while Daniel Lanois is set to headline a line-up of some of America’s most inventive and imaginative musicians. 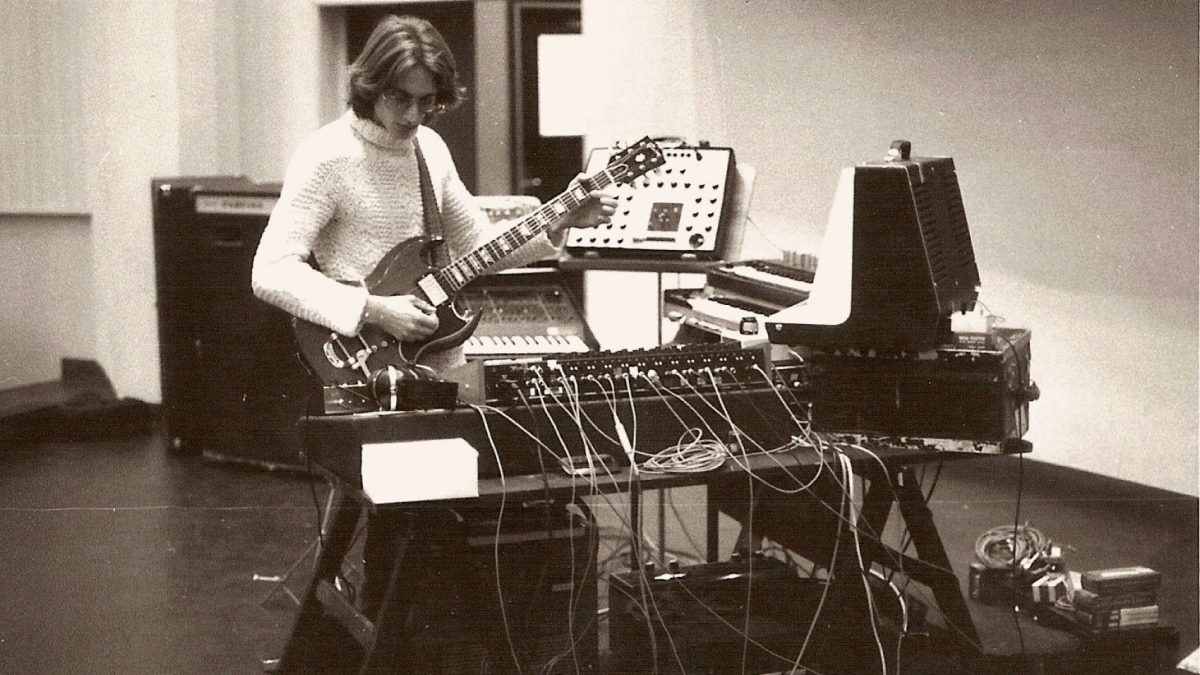 Meanwhile the Radiophonic Workshop will lead a line-up of the pioneers of early electronica at the Jazz Café. They will be joined by DJ and producer Andy Weatherall and White Noise, the band behind the recently re-released 1969 LP, An Electric Storm. Completing the bill at the Jazz Café will be Nordic Grammy winning act Orka, who will perform in collaboration with DJ Ben Osborne. 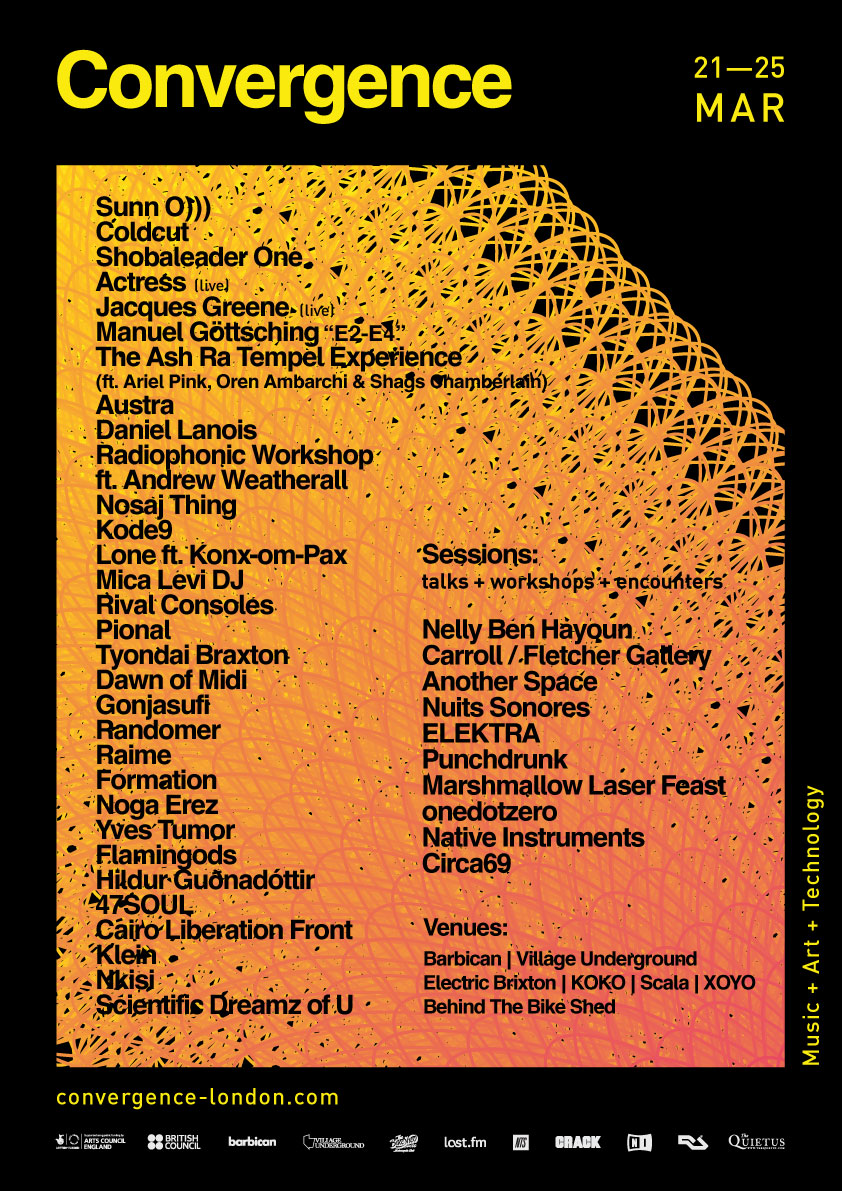 Thursday March 23 sees a variety of performers. Tom Jenkinson, in his current guise as Shobaleader One, leads a bill at Village Underground that also includes Flamingods. Coldcut celebrate their 30th anniversary at Brixton Electric as part of a specially curated line-up that also features Hyperdub label boss Kode9 and San Diego’s Gonjasufi.

The musical element of the festival draws to close on Saturday March 25 with a party at Brixton Electric curated by the inventive shape-shifting producer, Jacques Greene. As well as performing his own live show featuring never-heard-before material, Greene will be joined by an eclectic range of friends and contemporaries to bring the festival to a fitting end. The night will feature Lone who will play alongside frequent collaborator and audio-visual designer Konx-om-Pax.

The festival is not solely about music. There will be a programme of sessions to give attendees opportunities to share thoughts, collaborate and interact with like-minded individuals and discuss how people and ideas are shaping the future of technology. The aim is to shine a light on the ways that the creative community can use technology and cutting edge ideas to forge a positive path in this most uncertain of worlds.

Elsewhere the festival will work with Carroll/Fletcher, a leading platform for contemporary art with an emphasis on socio-political work using new technologies. The festival will commission a new work to be housed in the iconic Great Eastern Wall Gallery.

This is a festival that actively shuns big name headliners and seeks to embrace the niche and the obscure, avoiding the obvious and shining a light on those that would otherwise have fallen down the cracks. It celebrates technology in reducing the omnipotence of the mainstream and acknowledges its role in giving voice to the outsider; demonstrating that music once considered fringe is now more easily accessible then ever before.

As the festival’s artistic director, Glenn Max, points out, “amongst our line-up one can find top-tier innovators who have worked determinedly in their specialist areas but whose work deserves wider appreciation. Convergence celebrates this ‘Triumph of the Niche’ and we invite you to share and experience the digital as physical in shared spaces across London.”

Below is a full list of all the shows at Convergence Festival 2017:

Convergence Sessions
Behind The Bike Shed