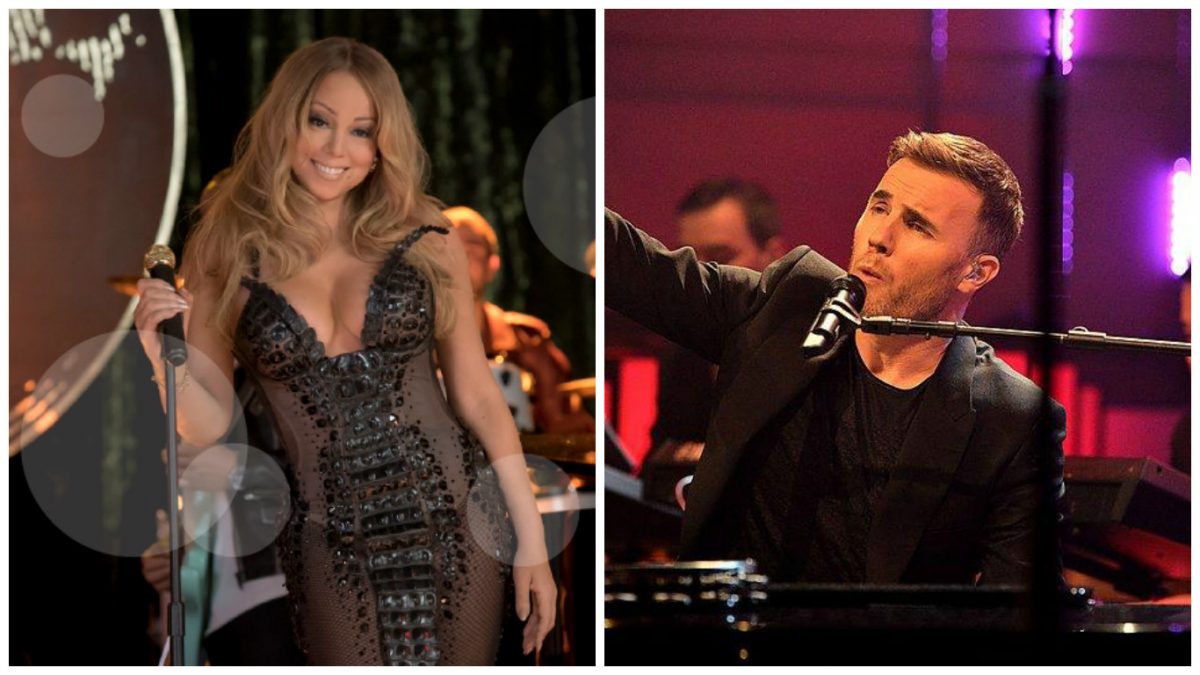 As Mariah Carey and Gary Barlow venture into Hollywood, Getintothis’ Shaun Ponsonby dreads the onslaught of pop stars in movies.

Pop stars in movies are often a recipe for disaster.

This is a tradition that stretches back to Elvis. There’s a particular nadir for him in Blue Hawaii, when the King of Rock & Roll dances around in silly shorts and body shames a fat Polynesian in song. Madonna picked up that particularly distasteful baton and ran with it. Like, forever and ever. She just won’t give up, bless her.

Well, now we are being treated to at least two more big name conversions of this ilk over the next year or so.

Firstly, Gary Barlow has announced that he will have a cameo in the new Star Wars film. Quite why, I don’t know. It is not as if he is in any way charismatic. The only thing I can think of is that he is portraying a black hole in space which will zap all life out of the universe with his taxes. He won’t even need any make-up.

He told hard hitting current affairs show Lorraine on ITV “I’m not a stormtrooper, but I am in it. Now I’ve said that, I’ll probably be out. I think the Star Wars people are so strict about what information [is out there]. So me saying that, I’ve probably just done myself out of a role.”

I reckon he added that bit at the end because he knew full well that he was lying through his teeth. He has had form for misleading people recently.

His offensively bland Saturday night shitefest Let It Shine purported to be looking for the stars of his new musical about a boyband that only people who have never felt actual feelings will like. Technically, that is true. They were indeed looking for people to be in the musical, but the “boyband” that was selected aren’t exactly starring in the thing.

No, because apparently Barlow is too boring to take a risk like getting a gang of unknown performers to star in a musical based around his beige, soulless songs. Let’s face it, he’s too boring to do most things. For him, washing his hair is a wild ride. I heard he once literally orgasmed when speeding up as a traffic light turned amber. It was too much for him to handle, love.

In any case the winning group, who gave themselves the monotonous name Five To Five but I have renamed BLLEEUURRGGHH, will indeed be in the show performing the songs, but they won’t be acting. It seems the show‘s narrative centres around the boyband’s fans. Which means these squirts will show up, sing a few Take That songs and fuck off for the rest of the narrative.

If this column is boring you to tears, for the love of God, do not click here to read past editions of Cosmic Slop

Now, although Barlow never explicitly said that they would be starring, it was implied by the very nature of the show. Let It Shine went out in the slot and format previously owned by Andrew Lloyd-Webber star searches which may have been irksome piles of wank and featuring Lloyd-Webber’s face, which increasingly resembles a face hugger from the Alien films that was inadvertently left in the washing machine for eight hours after the wash and is now all wrinkly and smelly…

…I’ve forgotten what point I was making…

Anyhow, Lloyd-Webber’s shows found the leading roles for the likes of The Wizard of Oz, Joseph and His Amazing Technicolour Dreamcoat, The Sound of Music and Maurice – The Forgotten Bee Gee. It was only a matter of time before they did a jukebox musical. But, let’s be honest, it is nothing more than a commercial tie-in that has been BBC-fied. Pushing the winners into the background of the musical only highlights that.

So, it is possible that Barlow isn’t going to be in Star Wars, either because he revealed the information when he shouldn’t have, or because he was bragging in front of his mates, embellished some information and it’s all just gone too far.

One movie we can expect though is Mariah Carey’s return to the big screen after the Razzie-winning Glitter, her widely panned acting debut, the failure of which she blamed on 9/11 (no, really, those were words that came out of her actual mouth).

Carey’s new movie will be based on her classic Christmas hit All I Want For Christmas Is You. That sounds like a good idea on the surface. A Christmas movie is destined to last forever as it will be shown on repeat on an annual basis. But if we’re basing a movie on that particular song, we can expect a pretty bland flick to match the vacuous lyrics.

I’m not saying it is a bad song, on the contrary. But the song is just about fancying someone at Christmas. That is literally it. There is no reason to base this movie on any particular song, because there are about 400 songs with the exact same subject. It just sounds like a half arsed Love Actually.

I guess they’re going down the White Christmas route. That was a movie based on an already existing song, but it was the most tenuous of links and the whole film was actually about something completely different.

But I can just envision the All I Want For Christmas movie being another in a long line of bland rom-coms set at Christmas. And starring Mariah Carey. And possibly Gary Barlow as her love interest.

Eugh. Who would want to watch that?

Why are people surprised to find that John Lydon is a prick? Because you disagree with him in this instance? Newsflash – he has always been a prick, and always will be. Stop eulogising the prick.

Just as the Ed Sheeran hype is winding down, I predict an upward swoop of Harry Styles hype.

Noel Gallagher is teaming up with Adidas so you will soon be able to buy trainers with his face on them. Who said rock & roll was dead, huh?