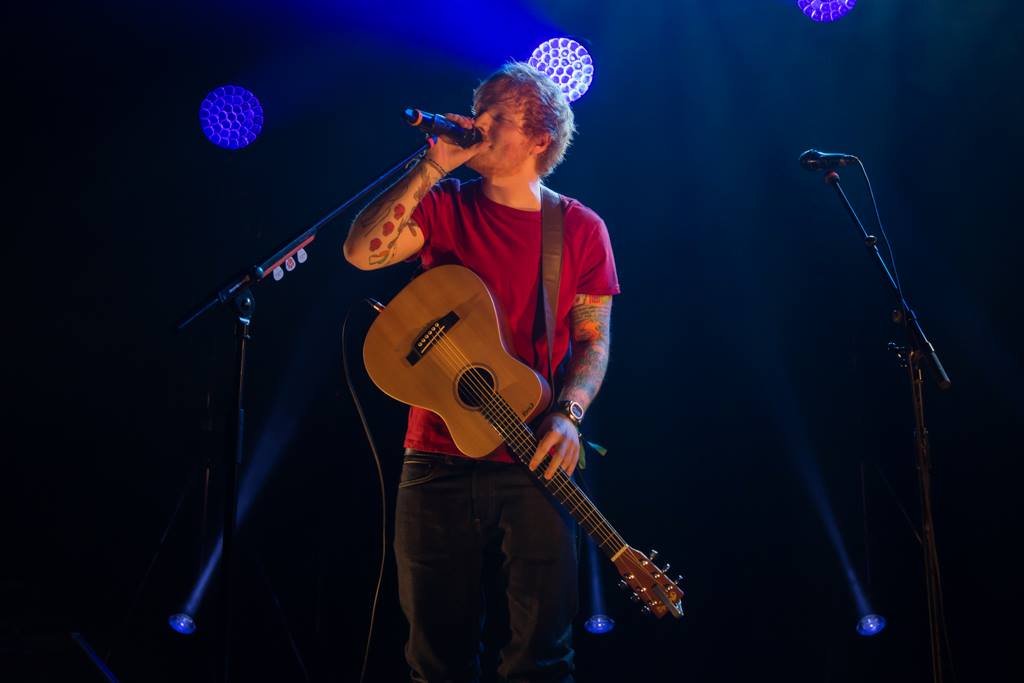 As the hype surrounding Ed Sheeran’s new album starts to grate, Getintothis’ Shaun Ponsonby would rather talk about Hieronymus Bosch and the mating habits of the Praying Mantis.

I am surprised it has taken me two years of Slopping to do this, but I would like to briefly discuss the work of Hieronymus Bosch.

For the benefit of the less cultured people with active sex lives out there, Bosch was a Dutch painter in the late 15th and early 16th centuries, most famous for his religious work, particularly that of his graphic vision of Hell.

I would like to point to Bosch’s depiction of Hell in a pretentious attempt to explain the mind-set that Ed Sheeran’s face is currently putting me in.

This follows on from his previous albums, 2011’s + (pronounced “Plus”) and 2014’s X (pronounced “Multiply”), which makes you wonder what he is going to do when he runs out of mathematical symbols. Personally, I am banking on punctuation. In 20 years’ time I can see him releasing :,pronounced “Colon”, a concept album about his Irritable Bowel Syndrome, which I am sure would be witty and insightful if Warren Zevon made it, but just as shit as what came out of his irritable bowels in Sheeran’s hands, which by the looks of him he doesn’t wash.

Right now it is impossible to switch on any device without some non-story about Mick Hucknall-lite talking about his insipid new album, or setting a new chart record (note: not breaking, because the charts are so radically different now that comparing his achievements with Elvis is moot), or pretending to be a HMV employee in a heavily orchestrated publicity stunt, or bizarrely guest starring in Game of Thrones.

The wealth of Sheeran stories reached the nadir this week as NME invited us to “Watch Ed Sheeran rap Nicki Minaj’s Monster verse but forget the lyrics”. No. I’m not RSPVing to that, thanks. NME in particular appear to be dishing out about three or four Sheeran stories a day, which I am sure definitely has nothing to do with his label or management.

But, as we all know from various stories and press releases, Ed – officially the most important black artist in the UK, according to BBC 1Xtra – is the first artist in history to ever have struggled to make a living playing in dives and glide his way to the top, and is breaking the X Factor-esque mould despite the fact that he is closely linked to it and has written seven songs for former X Factor acts, one of which even came out the year before his debut album which makes it pretty clear that he has been prepped for this for a long time. I don’t really begrudge his success, even if he is successful because the industry decided he would be. That doesn’t mean he hasn’t grafted hard. He has certainly worked harder than me, which explains why I am able to sit here in my underwear on a weekday lunchtime and write this bollocks.

What it does mean, however, is that I’m sick of seeing his mush, and so that my mind does not descend into a permanent realisation of Bosch’s depiction of Hell, I am not going to talk about Ed Sheeran for the rest of this column. In fact, I’m going to talk about pretty much everything other than Ed Sheeran.

So…did you know that the female Praying Mantis devours the male while they are mating, and that the male sometimes continues copulating even after the female has bitten off his head and part of his upper torso?

It was rumoured that after silent screen actress Sarah Bernhardt had her leg amputated, somebody purchased it, kept it in formaldehyde and charged people to see it, eventually making more money than Bernhardt herself.

According to British law, Hackney cabs are required to carry a bale of hay and a sack of oats.

O.J. Simpson was partially responsible for breaking up the marriage between actress/model Tawny Kitaen and Whitesnake frontman David Coverdale, after Simpson and Kitaen had an affair.

I only use the word “butty” in relation to banana butties, and will otherwise always refer to them as sandwiches.

I think you get the idea. I’m going to leave you with a song that isn’t by Ed Sheeran so as not to break the trend.

Nice to see Justin Bieber telling his fans “You make me feel sick” for asking for a photo. Smooth. You know it’s when they’re not asking for pictures that you got a problem, bitch.