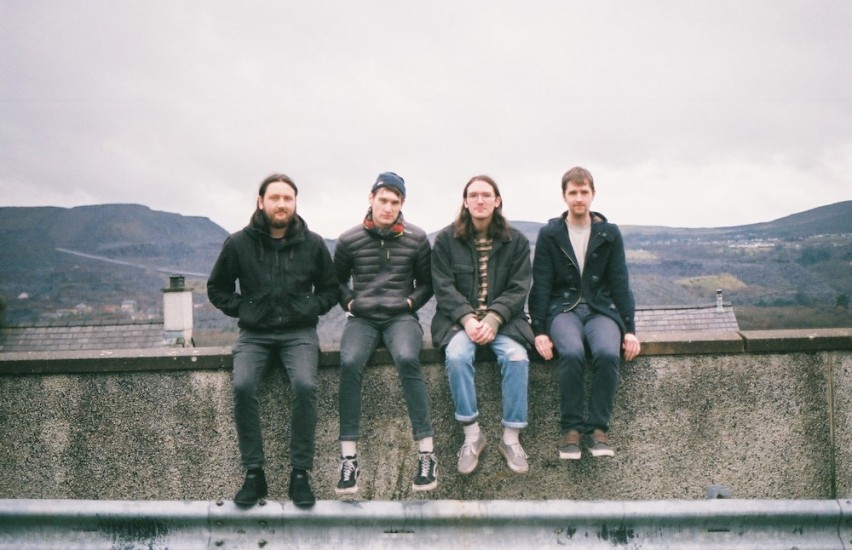 Manchester’s Horsebeach journey down the East Lancs to play The Shipping Forecast this April, Getintothis’ Paul Higham has the news.

Manchester’s Horsebeach will mark the imminent release of their third album with a date at Liverpool’s Shipping Forecast on April 27.

Before heading off on a nationwide tour the Manchester dream-poppers will launch their new LP, which is set for an end of March release, at Sacred Trinity Salford on Friday March 17.

Very much a personal project of Manchester’s Ryan Kennedy, Horsebeach‘s self-titled debut album emerged as a surprise underground hit of 2014, eventually placing at number three in Piccadilly Records‘ album of the year chart.

The debut record mined an evocative C86-influenced sound, finding a Smiths-esque beauty in the desolate windswept north while marrying it with the carefree and expansively hypnotic jangle of someone like Real Estate. Its achievements were made all the more startling by its bedroom recording techniques, yet its sound was far from lo-fi and primitive. On the contrary it is a rich and spacious recording, one of depth and layers of texture.

Follow-up, II, didn’t stray too far from the formula, offering a more refined take on the gentle, dream-like beauty of its predecessor. Forthcoming release, Beauty & Sadness, is set to offer something more expansive, extending its horizons into more exotic and otherworldly territories.

Taking influences from some of Kennedy‘s side-projects as well as drawing its title from a 1960s novel by Yasunari Kawabata, the album will explore more experimental avenues, delving into electronica and making subtle use of ambience and cassette hum.

Expanding into a four piece for their live shows there is a further sense of new influences being brought to bear on the band’s sound. Kennedy has offered a few clues, hinting at new beginnings, “it’s about regret and an overlaying sense of loss but also a realisation of the beauty of starting again. I found some beauty in sadness, as it forced me to re-evaluate everything.”