The Liverpool underground electronic scene is flourishing with originality and innovation, Getintothis’ Mike Stanton delves deeper beneath the bellowing mass of the mainstream to find out more.

There is a scene, a scene in Liverpool which cruises the late night, neon-lit streets and resides in dark, dimly-lit spaces and venues. It’s about detuned analogue synthesizers, warped tape saturation and machine hum. It is underground electronica.

It’s coming up to 35 years since Orchestral Manoeuvres in the Dark released Architecture & Morality, an album which set and established their sound. Having started out as avant-garde sound experimentalists they evolved into one of the most important synth-pop acts of the 1980’s going on to have a string of successful releases.

Andy McCluskey and Paul Humphries were pioneers in bringing Krautrock influences into the predominantly New Wave-infused Liverpool scene of the late 70’s. Bands such as Teardrop Explodes and Big in Japan were emerging in the post-punk scene when OMD, with their tape machines and modular synths, started composing Kraftwerk-inspired electronics. It was all very reminiscent of the Berlin School of electronic music in the early 1970’s. A scene of sorts started to slowly grow, but it wasn’t until the 2000’s that a movement of any sort began to emerge, blinking into the low light.

Fast forwards a few years to 2005 and bar and music venue, Korova, was established on Hope Street in Liverpool; based on Ladytron’s club night EVOL it was set up by Hunt and Wu and a couple of city club promoters to capture this unfolding scene. Some of the leading acts of the time graced the stage: Simian Mobile Disco, Hot Chip, The Long Blondes, Japandroids, 2manydjs, Chromeo and Friendly Fires.

One notable band to emerge from this scene was Outfit. Songwriting and high-end technical artistry are at the core of what they do. Consisting of Andrew Hunt (vocals/synths/guitar), Tom Gorton (vocals/synths), Nicholas Hunt (guitar), Christopher Hutchinson (bass) and David Berger (drums/ production), they enjoyed success with their debut album Performance in 2013 and have followed that up with Slowness, released in the summer of 2015 to universal acclaim.

Tom Gorton, head of synths for Outfit spoke last year about the Liverpool electronic scene when he was starting out with Indica Ritual: “…..the Liverpool scene was as strong and creative as I’ve ever experienced, albeit with less commercial breakthrough than as we’re perhaps seeing now. We were all playing in each other’s bands, putting on nights every week in Korova, houses, tequila bars – anywhere we could. In many ways, it was the golden age of my creative “career” despite the fact that there was no career to speak of. Names that must be mentioned would be Indica, a.P.A.t.T., Shit The Bed, Balloons, Steal Gandhi, The Laze – we were all tight.”

There is still an underground scene in Liverpool, you just have to look beyond the mainstream to find it. The music scene in Liverpool is strong and producing an amazing number of new and innovative acts that play many of the live venues around the city. The GIT (Getintothis) Award (now in its fifth year), a music prize celebrating, championing and supporting the best of new Merseyside music, reflects this incredible creative nursery. 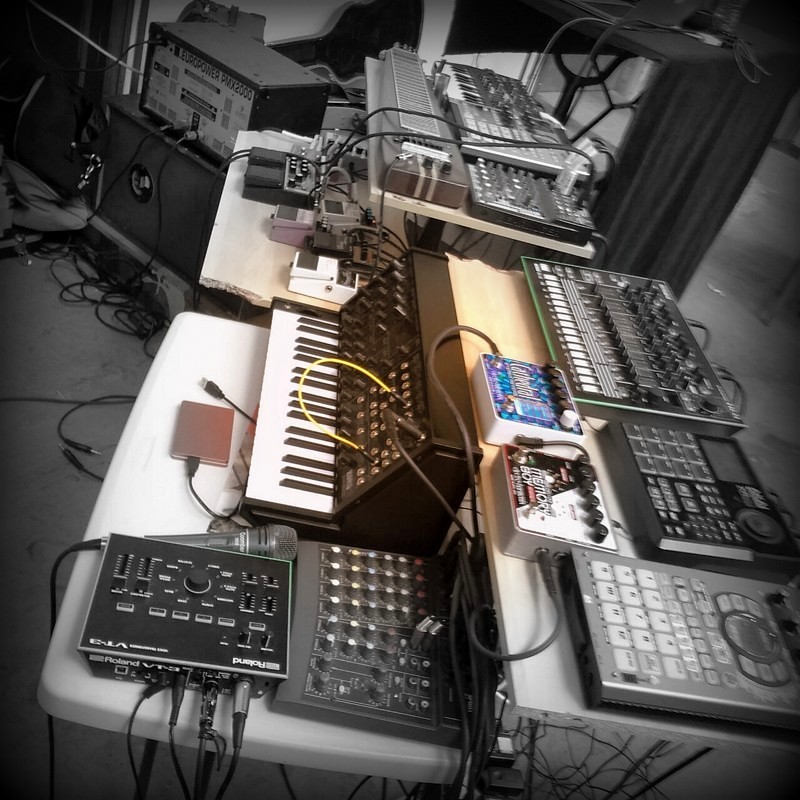 To truly find the underground you have to look deeper into the darker corners of the city. Nights like Emotion Wave showcase the strange and warped underbelly of music produced in Merseyside. These evenings often resemble the early 70’s experimentalism of the Berlin School of electronics.

Artists like The Gentle Sex construct sets using live, analogue tape loops and abstract electronics to create an atmosphere of performance and innovation. It’s exciting sitting at a table in the dingy back room of a café on Renshaw Street with other like-minded people watching and listening to something that is a genuine throwback to the flickering monochrome and modulated days of heavy electronics.

Liverpool is a city of musical invention, of pioneering artistic creation and leading-edge concepts. It is only natural that there is a strong and diverse electronic movement in the city. Many of these artists have featured on Liverpool radio show The Jupiter Room, and it was only when we started to explore the scene and attend Emotion Wave that we realised just how strong and vibrant the movement is.

One such pioneer is Adam Rowley of Afternaut. Afternaut deals in epic sci-fi soundtracks, music to accompany slow-spinning space stations in the cold vacuum of space or Capital ships warping into Witchspace.

We spoke to Adam following his set at Emotion Wave last October and asked him if he felt there was a movement of electronic music in the city: “Absolutely, it’s really quite progressive.  It took me by surprise when I first moved over, there’s a lot of encouragement and passion from other artists in the city.  There are also a lot of projects that happen just for one-off events, then it’s on to the next thing. It’s always changing and growing.”

Emotion Wave is a night that brings together some of the finest, most innovative and exciting electronic artists in the North West of England. Curated by Neil Grant, aka Lo Five, his passion for the genre compelled him to capture this scene like scent in a bottle and display it for those who crave and seek ‘the other side of music’.

We’ll leave the final word to Neil Grant , the visionary and driving force behind Emotion Wave (speaking last year): “Emotion Wave is a night where we have three local producers play a 30 minute set each, with DJ sets in between. It’s a very relaxed, laid back affair designed to give local producers a platform and the right audience to play to. It’s not like a usual gig. You can sit down, have a beer and chat with your pals, all to the sweet soundtrack of quality locally-sourced electronica. It’s not a club night for house music or techno; it’s geared towards the other end of the electronic music spectrum, stuff you wouldn’t normally dance to.”

To give you an idea of the diverse and inventive range of electronic music currently gracing the city delve into this playlist of some of the most interesting artists/bands/producers out there: