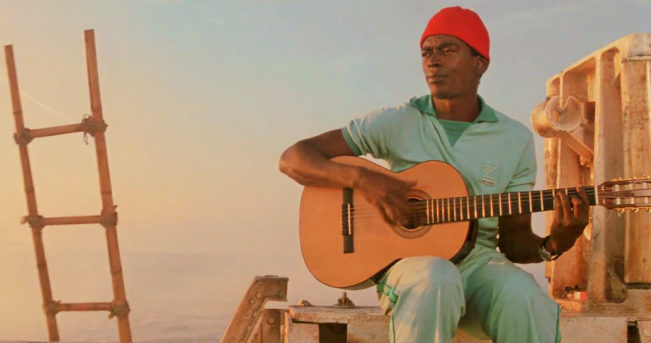 Seu Jorge in The Life Aquatic

Seu Jorge to perform songs from The Life Aquatic at Manchester’s Albert Hall in a special Bowie tribute and Getintothis’ Vicky Pea is ready for another adventure.

In one of the most unique commemorations of David Bowie’s passing, Seu Jorge is set to perform the songs from The Life Aquatic in what will be an unmissable show at Manchester’s Albert Hall.

Alongside specially crafted scenery and scenes from Wes Anderson’s beloved film, Seu Jorge, one of Brazil’s most talented contemporary singers, will revisit the performance that gave him international acclaim and the admiration of Bowie himself.

“Had Seu Jorge not recorded my songs in Portuguese, I would never have heard this new level of beauty which he has imbued them with.” — David Bowie

The surreal and Anderson-esque world of The Flaming Lips

In addition to the live performance there will also be a special screening of The Life Aquatic – a heartwarming and beautiful comedy of the like only Wes Anderson is equipped to produce starring a trademark Anderson cast featuring Bill Murray alongside Seu Jorge, Cate Blanchett, Willem Dafoe, Michael Gambon, Jeff Goldblum and more familiar faces.

If you haven’t seen it yet, we’d encourage you to delve into the world of Zissou, join the hunt for the jaguar shark and fall in love with Jorge’s stunning take on Bowie’s hits that will leave you with a new appreciation for his work, and a ticket to the Albert Hall.