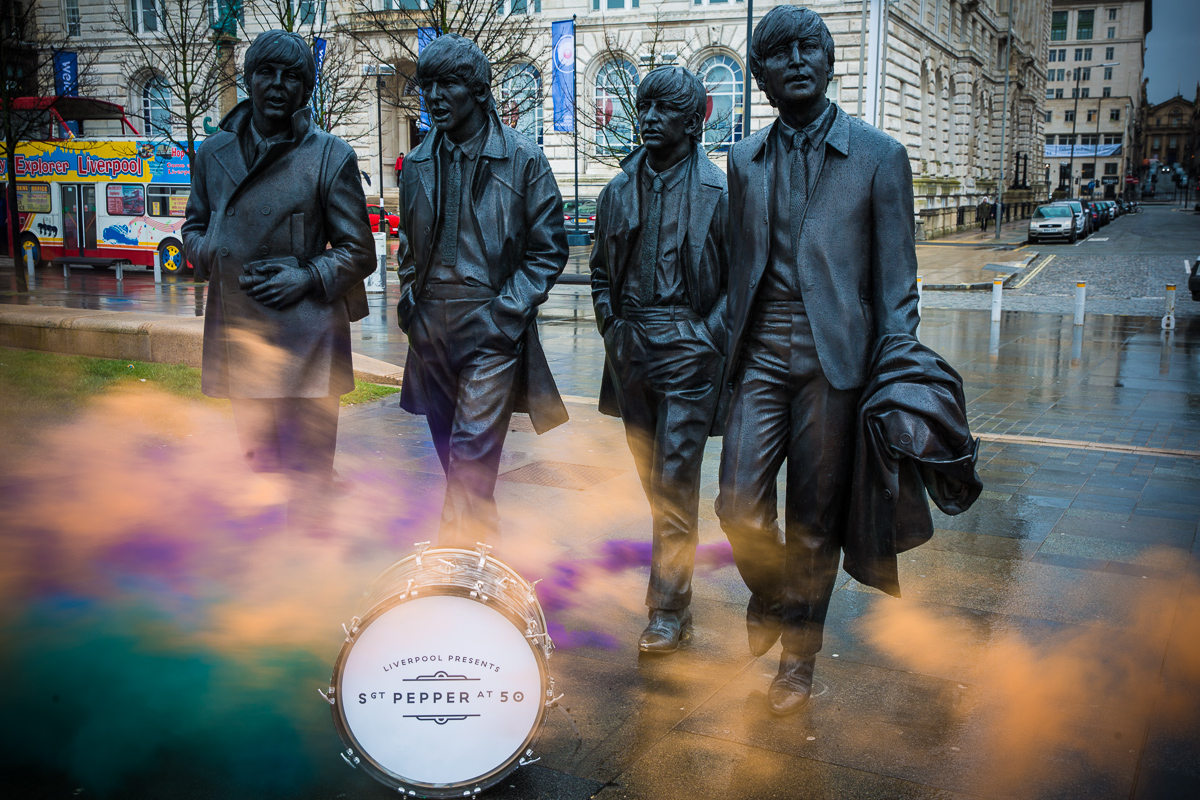 As The Beatles seminal album hits 50, Getintothis’ Del Pike is on the spot at The British Music Experience to find out how the city plans to celebrate..

This summer sees the 50th anniversary of The Beatles’ landmark album, Sgt Pepper’s Lonely Hearts Club Band and to celebrate this most influential of releases, Liverpool City Council and Culture Liverpool are marking the date with an exciting programme of performance based events entitled, Sgt Pepper at 50: Heading for Home, including an exclusive performance from John Cage and a dance premiere from The Mark Morris Dance Group.

This morning at the Beatles Statue at the Pier Head, the Mayor of Liverpool, Joe Anderson, was joined by a host of collaborators for a photo call amidst swathes of multi-coloured smoke. The pouring rain could not dampen the spirits of those involved who were eager to reveal their plans for the anniversary celebrations, so we headed indoors to find out more. 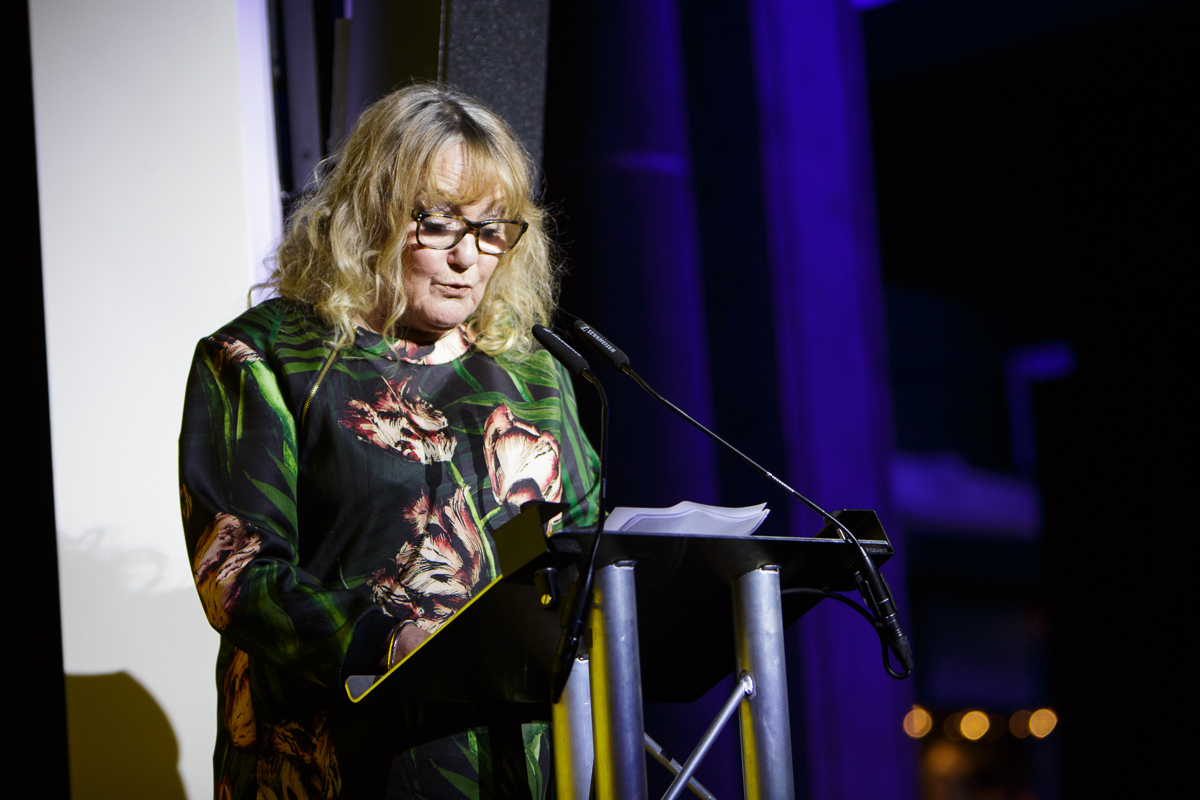 Each contributor showed genuine excitement and enthusiasm towards the events that are still in the preparation stage, with Joe Anderson likening the process of creating Sgt Pepper with Liverpool folk, “always willing to take risks”. He described how The Beatles’ legacy is worth £82m to the city’s economy and this “Heady cocktail of the worlds artists” and that “arts and culture are the rocket fuel that brings recognition to the city”.

A total of 13 premiered events based around each album track will be taking place across a range of locations around the city and will take in a whole assortment of platforms including music, dance, drama, art and poetry. Over 22 days of activity will take place, both on a large and more intimate scale, celebrating an album that even now sounds incredible. Curator Sean Doran described today how the programme will attempt to imitate the pace and structure of the album it is celebrating, and he explained each event in detail.

Despite hearing the Beatles’ canon of work almost constantly (an unavoidable part of living in this city), it is still astounding that the band progressed from the Beat driven pop of Love Me Do to this psychedelic masterpiece in just five years. Few contemporary bands can lay claim to this level of achievement and accelerated development.

The press conference continued in St Peter’s Church Hall, Woolton, via a condensed Magical Mystery Tour trip, the hall being the location where Lennon and McCartney first met in 1957. An afternoon tea gave collaborators a chance to mingle and discuss their projects in an iconic Beatle related place.

A look at the roll call for this celebration will give you some idea of the scale and what to expect. Writer Frank Cottrell-Boyce, DJ Spooky, Indian musician Pandit Vishwa, Mark Morris Dance Group, John Cage, Turner Prize winner Jeremy Deller, artist Judy Chicago and Olympic ceremony organisers GroupeF will all be getting involved.

Find out more about the British Music Experience here

Full details of events are available at the official website, but here is an overview of what is in store.

With a Little Help From My Friends – May 25/June 16: A top secret, city wide art commission in two parts from Jeremy Deller in association with Metal.

Suspended Time (Lucy In The Sky With Diamonds) – Camp Hill – June 1: A spectacular event staged by GroupeF, and will be a collaboration with American composer Scott Gibbons. Performance, storytelling and Pyrotechnics will make up this breath-taking event.

She’s Leaving Home – May 31-June 18: A unique drama project from the 20 Stories High Youth Theatre, based around the theme of housing and home and in association with Phelim McDermott (Improbable), performances will be held in actual living rooms in Liverpool 8.

Fixing A Hole – Tate Liverpool – May 29-June 10: This is artist Judy Chicago’s largest project to date, an epic mural painted onto the grain silo at a site on Great Howard Street. The piece will be on show from June 1 and further interactive events connected to the work will take place in Tate Liverpool where visitors can create their own piece of a collaborative wall display, inspired by the lyrics of Fixing A Hole.

Mr Kite’s MUSICIRCUS! (Being For The Benefit Of Mr Kite) – Aintree Racecourse – June 2: A mammoth music event that will take over Aintree Racecourse and will be a 50th anniversary celebration of John Cage’s own ground-breaking MUSICIRCUS, and will incorporate many songs from The Beatles’ back catalogue. Cage was a close friend and neighbour to John Lennon in New York which gives this event added resonance. 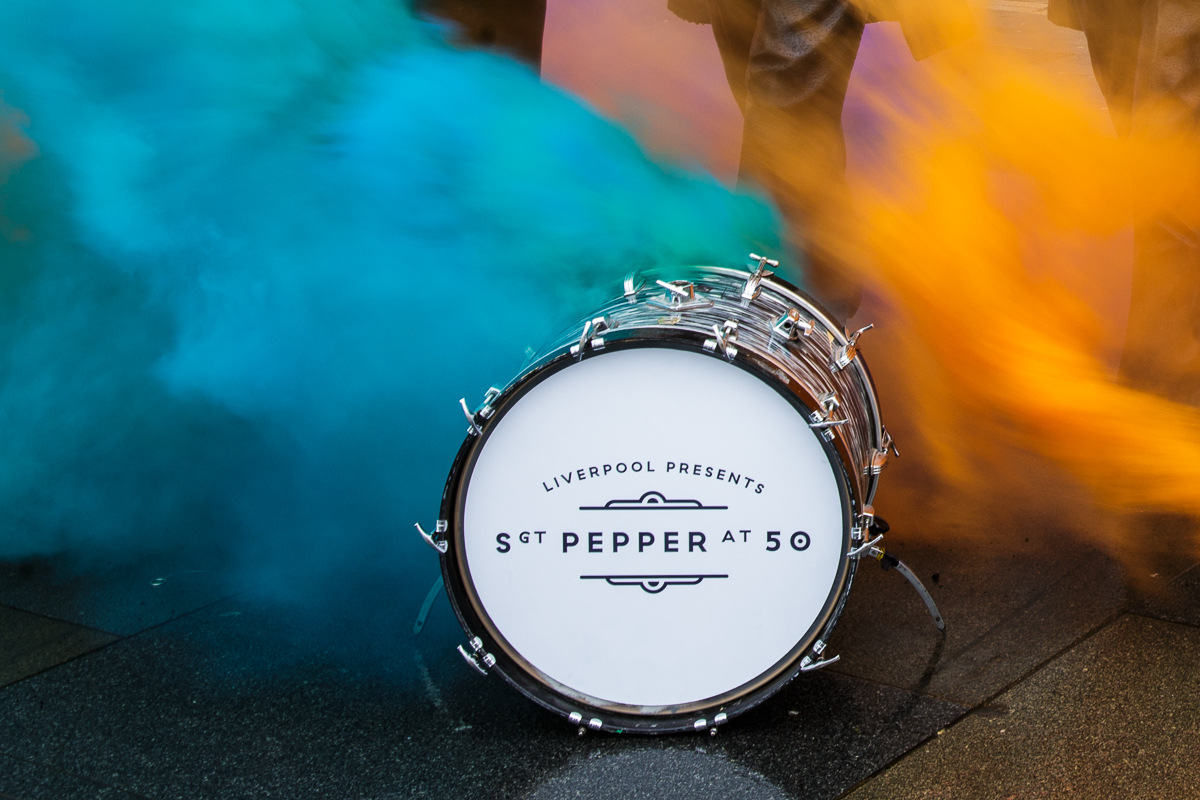 Getting Better? – June 14-16: Questioning the state of the world in 2017, DJ Spooky (AKA Paul D Miller) will be taking a multi-media approach to finding the answer with performance, installations and collaborations with guests including The Holladay Brothers. His quest will be take the form of a performance at The Philharmonic Music Room (June 5) and an installation at FACT (June 4-16).

When I’m Sixty-Four – June 8: This will involve 64 choirs of all ages in harmony, performing the classic song live on BBC Radio Merseyside and will be a City-wide event.

Good Morning Good Morning – June 9: Another free, city wide event and will include an array of organisations inviting the public indoors for an invigorating slice of early morning culture. 6 Music will be celebrating BBC Music Day by collaborating with clubs, galleries, restaurants, music venues and more and presenting a whole programme of surprise performances.

Let’s Not Be Ourselves (Sgt Pepper Reprise) – June 9: A surprise performance by a mystery artist in an unknown venue. We can say no more.

The Beatles Ragafest and Festival Village (Within You Without You) – St George’s Hall – June 11: An all day event at St George’s Hall (appropriate!) and will celebrate George Harrison’s interests and experiments with a whole day of Indian music and culture. Music will be provided from the likes of Pandit Vishwa Mohan Bhatt, Rakesh Chaurasia and Anil Srinivasan and the day will also offer dance, food and Yoga.

Rita Riot / Rita Requiem (Lovely Rita) – Hope St – June 10-11: A spectacular weekend-long event taking in the whole Hope Street area including The Oratory, St James’s Burial Ground and both Cathedrals. Based around the story of Rita the Meter Maid (Traffic Warden), international performer Miaow Miaow (with her Sleepless Beauties) will work with a vast host of artistic collaborators to bring together a procession down Hope St with a 300-strong brass band and army of traffic wardens, with events and performances to follow. This really does promise to be a full two days of unmissable performances and breath-taking events. 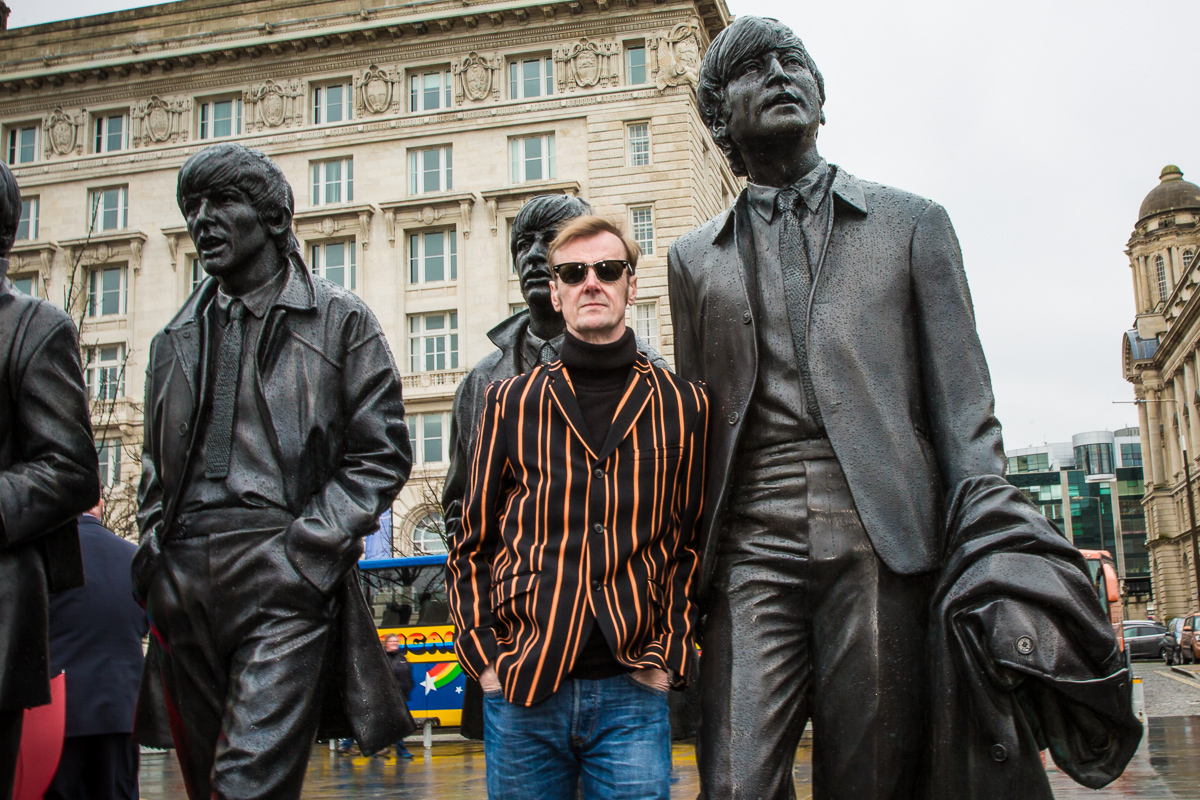 A Day In The Life: 24 Zero Hours – June 16 – Woolton Picturehouse:  A film by writer Frank Cottrell Boyce and director and Farm member Carl Hunter and will document one day in Liverpool, shot over the 24 hours that make up June 1, the actual anniversary of the release of Sgt Pepper. Going right back to the roots of The Beatles, the film will of course be premiered at Woolton Picture House.

Carl Hunter explained to us how the narrative of his film will follow a man with dementia (Tom O Connor) who is making a journey through the city and the story will involve a very significant bus route. Final details are still shrouded in mystery, but Carl is incredibly excited to be taking on this seemingly daunting challenge. The film will be produced by Roy Boulton‘s Hurricane Films.

They’re gonna put you in the movies…

Hurricane Films have announced a unique film challenge. To coincide with their A Day in the Life premiere, aspiring filmmakers are invited to make a short creative film of their own day in the life shot on the Sgt Pepper anniversary day of June 1.  Creativity and originality is the key and entries will be considered from professional quality films to minimal flicks shot from your phone. The films should be no longer than 5 minutes.

The deadline is June 9 and should be emailed to info@hurricanefilms.co.uk by midnight. Winners will be announced on June 13 and will be screened alongside the main feature at Woolton Picturehouse on June 16.

There will be so much to see and do and it is a time to celebrate not just the music of The Beatles, but the culture of Liverpool and the talent that has grown over the decades that makes events like this possible. Joe Anderson recognises the importance of the album and it’s legacy, “Sgt Pepper pushed creative boundaries and we want to do exactly the same – this is a festival which brings high-end art in to the mainstream and gives it a Liverpool twist which is thought-provoking, sometimes cheeky and always entertaining”.

Sgt Pepper at 50: Heading for Home is part of the wider celebrations taking place in the city this summer, 50 Summers of Love which runs from April 12 through to September 3.

John Cage’s Mr Kite’s MUSICIRCUS! Event, detailed above is looking for contributors now. If you feel you can sing, dance, offer poetry or perform circus acts with a link to any Beatles song from their catalogue of classics, get in touch. The organisers of Sgt Pepper at 50: Heading for Home are also keen to enlist the skills of church choirs, bands, soloists, family groups, jazz musicians, world music groups and musicians of any genre to take part. All performances will come together to make this an incredible and diverse day in celebration of the world’s most celebrated band ever.

“Mr Kite’s MUSICIRCUS! is not a simple concept to get your head around, but we know that Merseyside is full of talented musicians and performers, and with their help this will quite simply be a mind-blowing experience for everyone involved.” – Alicia Smith (Culture Liverpool) 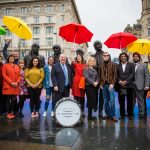 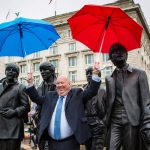 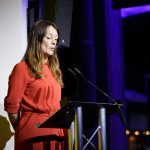 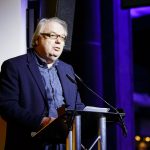 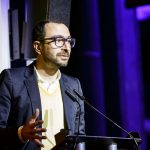 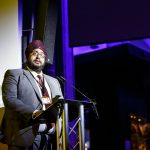 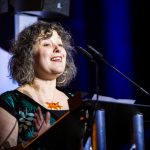 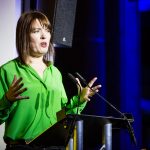