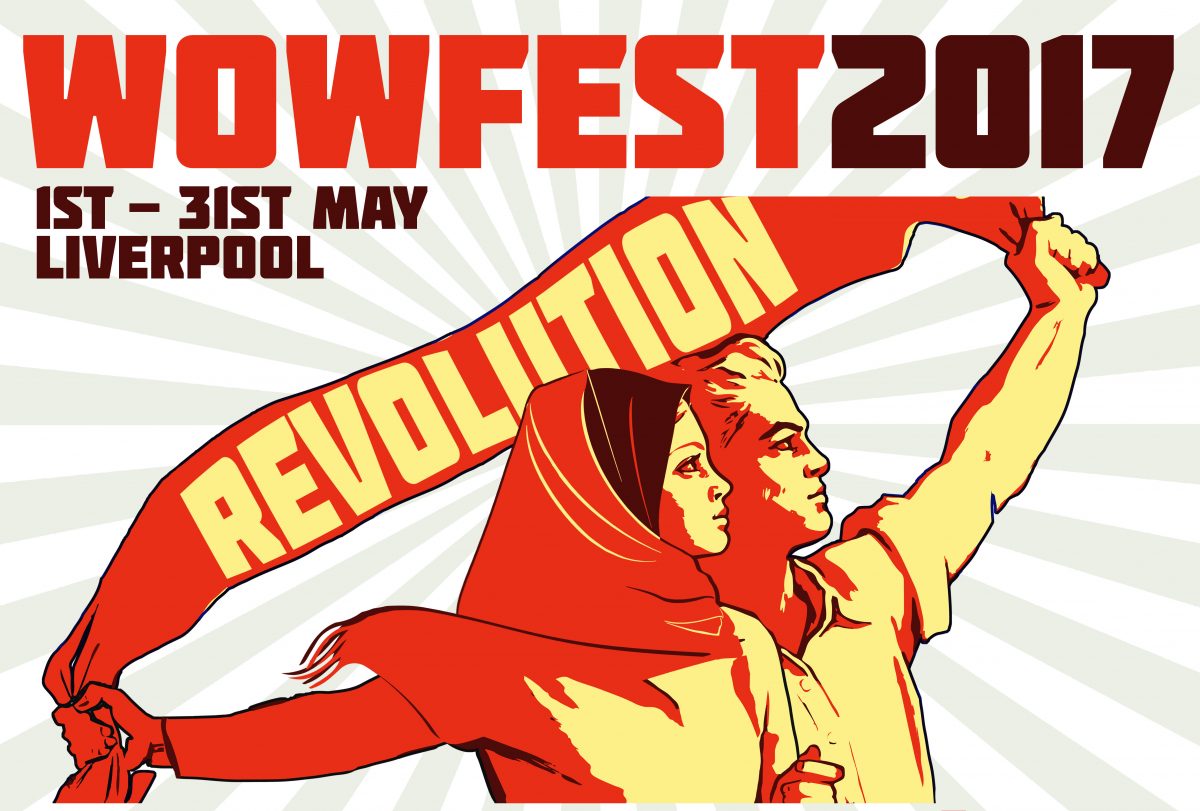 Writing on the Wall is returning this year with their month long series of events and activities, Getintothis’ Janaya Pickett looks forward to the revolutionary literature festival.

This May Writing on the Wall return with WoW Fest – a festival that celebrate the written word in all its guises from none fiction to journalism, songwriting to poetry. The team at WoW have never shied away from activism within the community and this year they’re going full pelt with the theme of Revolution.

Taking the centenary of the Russian Revolution as its starting point, the aim of WoW Fest is to tackle the sociopolitical issues that are on everyone’s lips today “Where are we now? … Are we moving forwards or backwards; is the curve of Revolution taking us upwards or back down?”.

Yes, time are changing. The future is fraught with uncertainties as social grievances mount and effect our actions. One hundred years on from the Russian Revolution and “the richest 1% now have more wealth than the rest of the world’s population combined, tens of thousands of migrants die each year while fleeing the war torn … homelands“.

At home the average British family faces increasing austerity and high costs of living. Our essential services are being dismantled and privatised while social benefit is cut to ribbons. All the while we’re pacified with mindless consumerism and celebrities.

On a global scale our consumption is having a negative impact on the planet we inhabit and again it’s the 1% (multinational corporations and fuel companies) that are the driving force behind global warming and it’s consequences. We’re right to be pissed and so is WoW.

Read what Getintothis’ writers have to say about Brexit, Trump and politics

The festival will begin in style with a May Day protest and rally celebrating the launch of the biography of Liverpool writer and social activist George Garrett (1896-1936). WoW are inviting members of the public to join them in marching against whatever worldly ills they experience whether that be poverty, discrimination, low pay or the erosion of public services.

The month will continue with events including A Cartoon History of Here an evening of comedy, cartoons and history presented by poet Ian McMillan and Private Eye cartoonist Tony Husband, May 2. Three writers from radical publishing house Verso will be holding a discussion panel at Liverpool Central Library. China Mieville, John Rees and Kate Evans will be discussing what revolution means to them today and contemporary ways in which we’re fighting for freedom, May 3.

Rough Trade‘s founder and indie legend Geoff Travis in partnership with Bido Lito will be taking to The Bluecoat to discuss grassroots movements and the spirit of revolution in music on May 5. There’s also a day long event planned at The Black-E entitled Time for Action! with discussions planned with noted writers, journalists and broadcasters as well as a performance from the outspoken rapper/activist Akala, on May 6.

And this is not everything! There are more events detailed on the WoWFest webiste and even more that are yet to be announced. Keep your eyes peeled for more news from WoW’s Revolution and click here for more details and tickets.