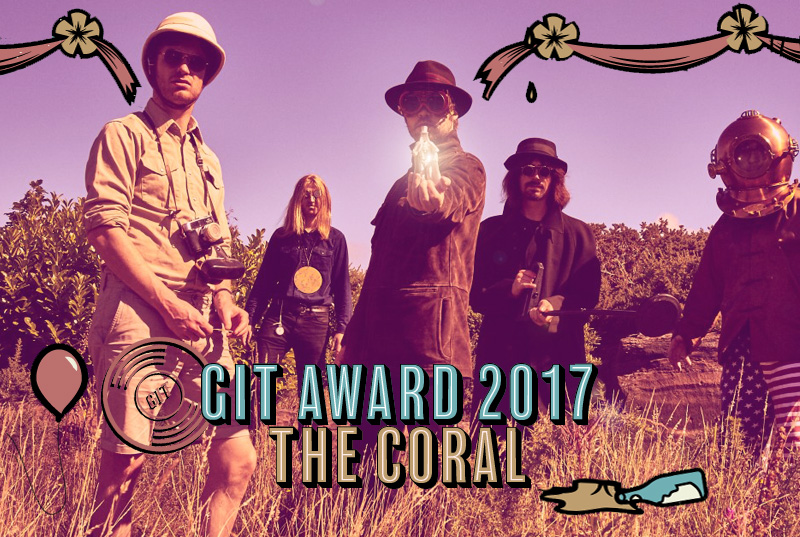 Following their huge return back in 2016 which saw a new album and plenty of festival dates, Getintothis’ Sean Bradbury caught up with the Coral to reflect on their career.

There must be something in the water over on the Wirral.

Three of the five artists who have landed the GIT Award so far – inaugural winners Loved Ones, Forest Swords back in 2014 and Bill Ryder-Jones last year – hail from the peninsula.

And several more acts from the west side of the Mersey have been nominated for the prize since it was founded.

For Nick Power, Wirral’s secret is a question of perspective. “From where we are you can see the city of Liverpool and you can see the Welsh hills,” he says. “It gives you a right to draw from those things. We drew from the Bunnymen as much as we did from the Super Furries.

“There was a time when there was nothing here. You had to go to Liverpool to do anything. But it’s easier to get something going now. Back then if you had a four-track, the next step would be to go over to the studio in Liverpool.

“We started here, but we went to the Liverpool scene, and we came back. There’s been a lot of stuff that’s sprouted up and inspired people from the area. It’s subtly different from Liverpool. If you weren’t from either of the places, I don’t think you’d get it.”

And for James Skelly, it is a sense of freedom. “Maybe it’s a bit more free of the shackles of the past. Maybe it’s free of The Beatles, not hanging over everyone.”

The GIT Award 2017 takes place at Constellations on May 13. Tickets are available here

An element of truth in each view perhaps, yet modesty prevents both Coral members from emphasising the impact their own group’s magic and medicine has had on Merseyside’s musical landscape. The irresistible rise of The Coral and Deltasonic at the turn of the millennium helped revive British guitar music and set off a third wave of Merseybeat – or ‘Cosmic Scouse’ if we must – closer to home.

A breathless and brilliant run of six albums in eight years, starting with The Coral in 2002 and finishing with Butterfly House in 2010, then gave way to a five-year hiatus.

But as lead singer and guitarist James says: “We never split up. We were just doing other stuff and wanted to restructure it. We had to take it apart to put it back together.”

Theirs was the most organic and natural of reunions.

Jamming through a version of what would become Chasing The Tail Of A Dream with The Intenders – a band made up of friends and musicians from The Coral, Tramp Attack, The Sundowners and beyond – brought it all into focus for James.

He continues: “We just thought it was a new version of The Coral. This is something new. But it’s definitely The Coral. That was the catalyst really.

“It’s a new thing now. We’ve got reconnected with the core fans on the last album. Now it’s time to capitalise on that and take it to the next level hopefully. We’re in a good place at the moment.”

And keyboard maestro Nick concurs, even if he was somewhat surprised by the timing: “I didn’t expect it to happen as quickly as it did. But everyone was ready for it and wanted it.

“We were always writing songs, and playing on each other’s stuff. But once we got into rehearsal we knocked three/four songs out in a few weeks. I like music when it’s totally natural, a seamless thing.”

Had the creative process changed? Did the time spent on side projects and individual pursuits reshape The Coral‘s purpose and ambitions? Reflecting on his own spell of extracurricular activity, James says: “It was good to learn because I couldn’t do my style of songwriting. It would just be The Coral without The Coral.

“I had to write in different styles, country, blues and stuff. I learnt a lot and inverted that into something more original with the next Coral album.”

The result was The Coral‘s eighth full-length release and a host of performances throughout 2016 – including a headline set at Sound City and a December UK tour featuring a memorable homecoming at the Olympia.

Less jaunty and immediately melodic than records past, Distance Inbetween swirls with fuzzy flashes of psychedelia and for the most part marches to a more motorik beat than The Coral have drummed up before.

Nick believes the band were revitalised by their break and have now developed an extra dimension to their live sound. He explains: “We’ve become better at it. I’m just really happy in it now. I feel inspired and it was almost like a new band when we came back.

“There was an idea it would be a lot more geared to playing live. Strip it back and let’s get something powerful. I don’t think there’s even an acoustic guitar on the last album. We can just turn up and play comfortably. That’s why the live shows have been a bit of a step up.

“On the last few albums you go in the studio, you lay a load of harmonies, and there are little parts that are quite difficult to get together live sometimes. This one’s a bit more route one.”

The Coral are no strangers to accolades and acclaim; their debut record was announced as one of 2002’s Mercury Prize contenders just 24 hours after it was released. 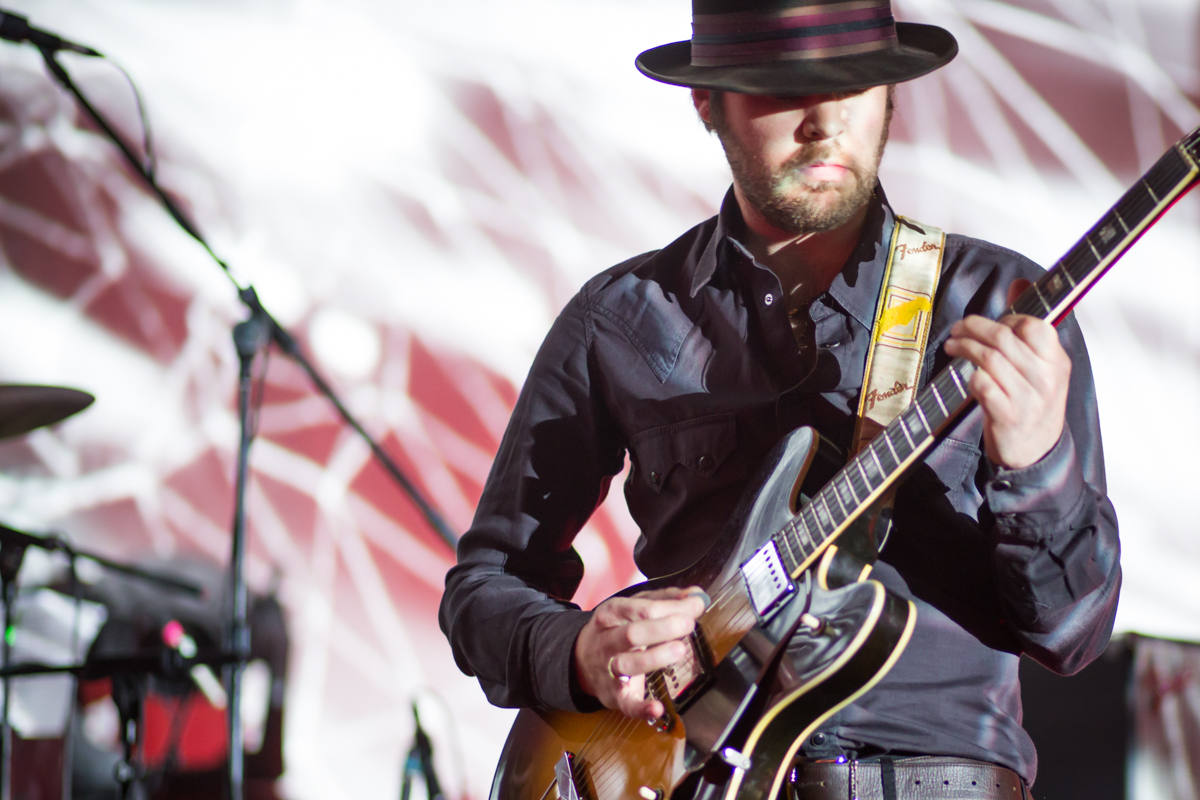 But local honours still carry plenty of meaning to a group who have been at the heart of the scene for two decades. James says: “Getintothis have always supported The Coral and all the bands on Skeleton Key as well. It’s nice. Any recognition’s nice when you’ve been going as long as we have.”

And Nick was full of praise for this year’s GIT Award shortlist: “We’re really happy to be nominated. It’s a really good selection of artists. It’s in good health.”

As, it seems, are The Coral. There is a busy summer ahead and the possibility of fresh material on the horizon. James says: “We’ve got a new album written pretty much, we’re just waiting for the right time to do it. It won’t be this year – maybe the end of next year, we’ll have to see.

“This summer is packed full. We’re looking forward to playing to a load more people to try and get a few converts going.”

Nick agrees and reckons The Coral are in the perfect place to do just that. “Festivals are brilliant. You get the week off and then you do that at the weekend. It’s what I got into it for,” he says.

“We were always on a major label so there’s a lot dictated to you. The DIY thing now, we’re on a good label who let us do what you want, it’s better, I much prefer it. You’re more in control of your destiny and you can reach people in ways you couldn’t before.”

James offers a brief verdict on the past and looks ahead to The Coral’s future, checking himself just as a note of wistfulness begins to emerge. “We should have taken our time a bit more. We think about it a bit more now,” he says.

“You lose something as you get older and you gain something. You just have to try and gain as much as you lose.”