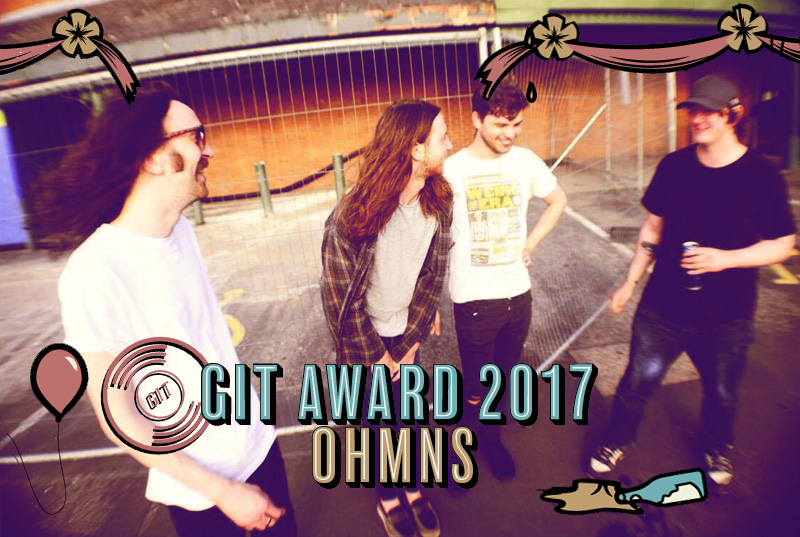 Having built a reputation on their explosive and chaotic live performances, Getintothis’ Adam Lowerson caught up with Ohmns’ Michael Quinlan to talk about their time as a band so far.

“We went to see Viet Cong a few years a go, and ended up smoking with the drummer and guitarist outside. Long story short, Kingy and the drummer ended up slapping each other. It was great” says Michael Quinlan, frontman of Liverpool’s most explosive four-piece Ohmns, when asked about his favourite moment with the band in their time together so far.

It might not seem like much, but that one response captures everything you need to know about Ohmns. Chaos seems to follow them. It sniffs them out like a blood hound. And they’re all the more entertaining for it.

Quinlan and Co, over the past few years within the musical landscape of Liverpool, have forged their reputation through this chaos. Through their explosive, raucous and at times completely unhinged live performances. There can’t be many bands who can compete with Ohmns in terms of the energy they put into their gigs.

The band have had a handful of recorded and physical releases, but performing live is certainly where they’ve made their name. Speaking on this, Quinlan said, “The studio is important for preservation, but live is where it is always at. I think most bands would agree.” When asked if on stage is where he was most happy, his answer couldn’t have been more enthusiastic. “Deffooooooo” he said, “playing gigs is a beast.”

Such is the excitement of their live shows that Ohmns have been handpicked on many occasions to open for some of the biggest touring bands visiting the city, having shared the stage with the likes of The Fall, The Parrots, Fucked Up, Bo Ningen and Black Lips to name just a few. Yet despite these high profile slots, it’s been some of the band’s smaller shows which have really helped to catch the eye of the Merseyside scene.

Along with the likes of other Liverpool favourites Strange Collective, Bad Meds, Sheer Attack and most recently Queen Zee and the Sasstones, Ohmns have helped form part of a feral but fertile mini-scene of kraut-infused garage punk, with the bands hosting their own mini festivals, such as Strange Collective’s all day EP launch at the Invisible Wind Factory earlier this year, and the members of each group collaborating and helping each other out on a regular basis. This has resulted in relentless gigging across the city, helping each group to hone their craft and pick up a dedicated following along the way.

When asked about how being a part of this mini-scene has helped Ohmns, Michael Quinlan agreed it had been positive. He said “It helps because a fair few of us were friends anyway before the bands. So playing gigs together is a lot of fun, which is probably why we tend to play together a lot. That part of the Liverpool scene is great, we’re all in it just to have a good time anyway.”

But despite the fact that this small group of bands have a very clear identity, he doesn’t believe that Liverpool’s music scene as a whole shares that same distinction, and that it’s more a diverse range of quality. He said “There’s not really a scene, there is just a lot of good music around at the minute. The are so many good bands and artists in the city.”

It’s this identity that have made Ohmns stand out from the rest in a very busy and competitive music city, and have seen them become a regular fixture on Merseyside festival bills, a solid choice to open for major touring bands and a guarantee for a good time.

It’s this that has resulted in them joining the list of some of the best bands from Liverpool and be nominated for this year’s GIT Award. Speaking on their nominated, Quinlan laughed, “it’s sound you know. A bit weird like.” 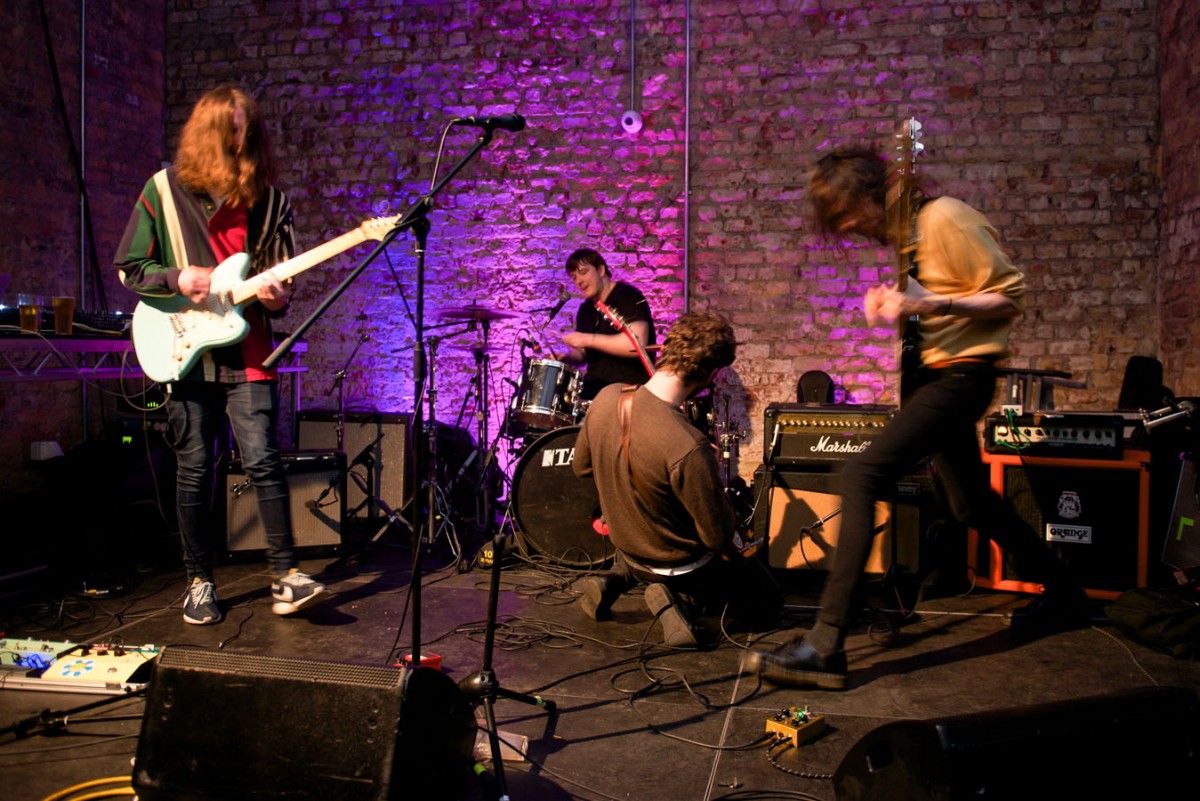 “It’s sound to be nominated, but it’s not gonna shape the band in terms of moving forward. We didn’t expect to be included, so we’re not really thinking about it to be honest. It’s just nice to know that some people enjoy what we do.”

Although, Quinlan isn’t optimistic about Ohmns‘ chances of winning the award – The Coral are his tip for the gong.

Amidst their relentless gigging schedule, Ohmns released The Rice Tape back in 2016, a cassette EP recorded with Bad Meds’ Paul Rafferty featuring their standout single Boil D Rice and their homage to the Mexican drug kingpin, El Chapo.

The EP, one of the few recorded releases we’ve heard from the four-piece so far, manages to perfectly capture the energy of their live performances in five songs, and also hints at the huge potential the band have as a studio band, as well as just a live outfit. Built around kraut-beats, fuzzy guitars and snarling vocals, The Rice Tape is a visceral mix of garage rock and hardcore punk. It’s a real punch in the face. In a good way.

Is a full debut record on the horizon? That remains to be seen, but Quinlan suggests that more physical releases could be coming our way very soon. “We will be doing new recordings in about two months, so a new EP is on the horizon from the enlightened ones.”

“We are due to record with Paul (Rafferty) again, so we will probably release it ourselves on 7 inch later on in the year” he added.

With a handful of dates around the UK pencilled in for throughout 2017, and more sure to be added soon, the momentum that Ohmns are building is showing no signs of slowing anytime soon, but the suggestions from Quinlan are that the band will be taking time over the next few months for writing and recording.

What’s clear for now though is that Ohmns are a band who love what they do, and really they’re just getting started. Their runaway train of musical chaos will continue to rumble on. Who knows, maybe there’ll even be more incidences of them being slapped by members of their favourite bands.

From speaking to Quinlan on his favourite moments of Ohmns career so far, it becomes clear that these tales of rock and roll debauchery are just as much as a part of the being in a band experience as the music and performances.

His other favourite memories include, “Probably smashing a 20 weed in with Parquet Courts. Not supporting, we were just watching. Had a laugh. Also getting kicked out of the Black Lips all-dayer gig down in London, about 30 minutes after we played. Booze is bad.”