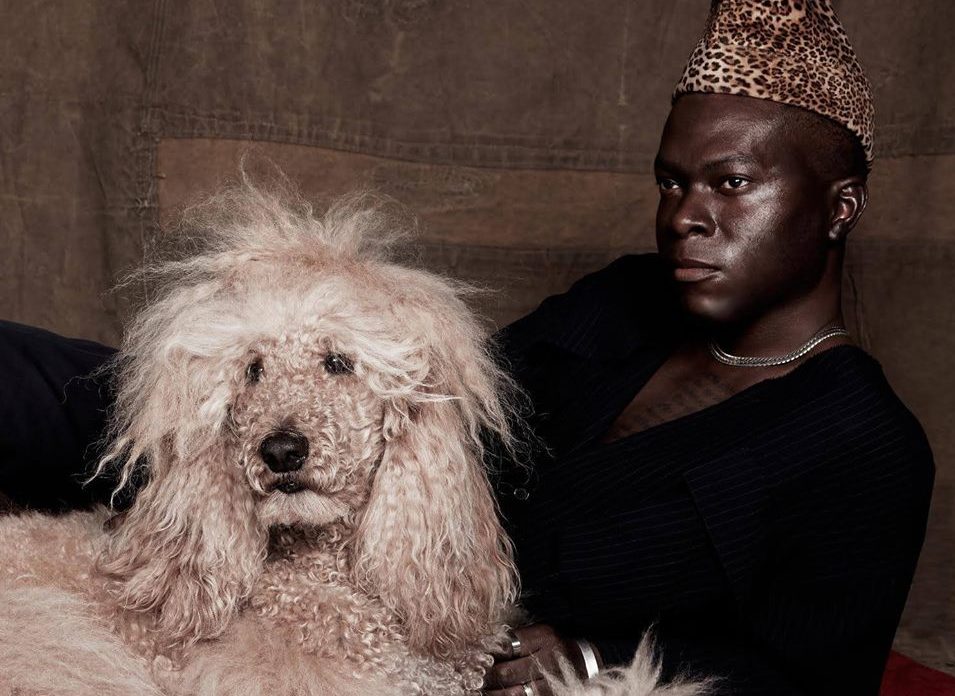 As Sound City 2017 approaches, Getintothis’ Matthew Wood and Amaan Khan prepare the perfect musical menu for you to enjoy some truly international flavours at this year’s festival.

From Âme to Las Aves, there was so much goodness to be discovered from imported talent at last year’s festival.

Therefore, it seems quite right to anticipate some global goodness at Sound City 2017 as well.

Being an annual musical highlight to a city that is often labelled as a ‘truly international city’, Liverpool Sound City attracts a great deal of international exchange of talent. Every year, some of this international talent ends up becoming a highlight of our festival experience.

Be it a Chilean outfit like Tunacola giving us the craziest party moment or someone French like Barbagallo showing us how we don’t need to know the language of the lyrics to be moved by the emotions behind the music – the two main days of the festival always demonstrate how much astounding talent is there around the world waiting to be discovered.

Though surely, you might be ending your night with well-known names like Metronomy or The Kills but the rest of the day is good time to find some hidden gems playing around the festival site. It is almost always the surprise you get from these hidden gems that make the festivals memorable and unique.

To help you with your discoveries, here are some international acts that will be found around Liverpool Sound City 2017. 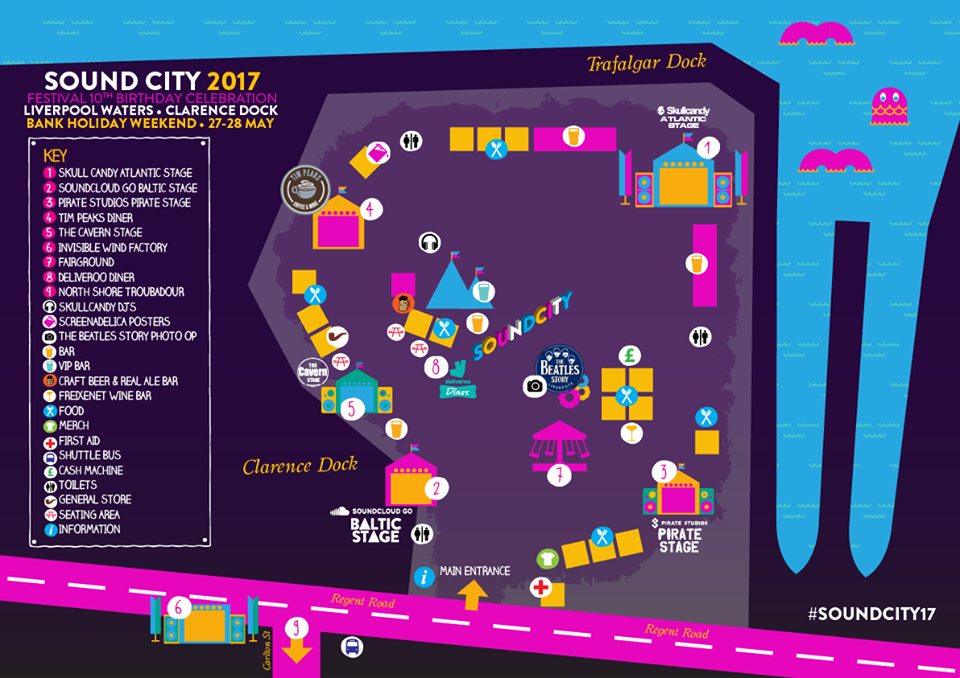 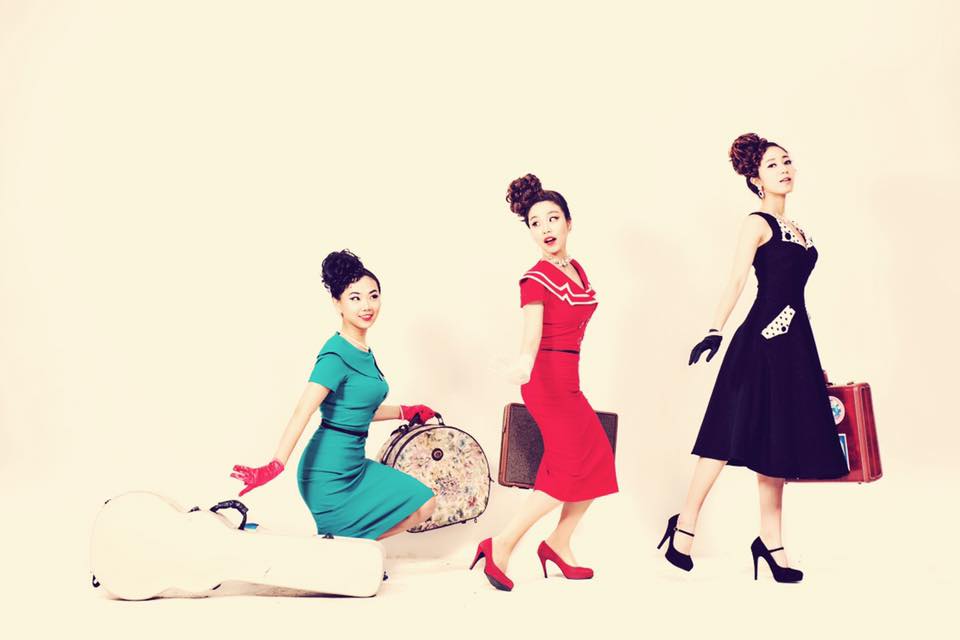 In an era when musical geniuses like Jacob Collier are on the rise, it won’t be out of the blue to see a vocal harmony group sway a few hearts. So, Barberettes don’t just fit in but offer a sugar candy sweet interlude as a vocal harmony girl group with a repertoire that will include creative renditions of a good number of your favourite classics added with the girl’s own chirpy flavour.

Coming all the way from South Korea, a country Sound City has developed very healthy and fruitful musical relations with, the three-piece doo-wop retro group will perform on Sunday’s afterparty at North Shore Troubadour. If you like Andrew Sisters and interested in their modern avatar, you will definitely love The Barberettes. 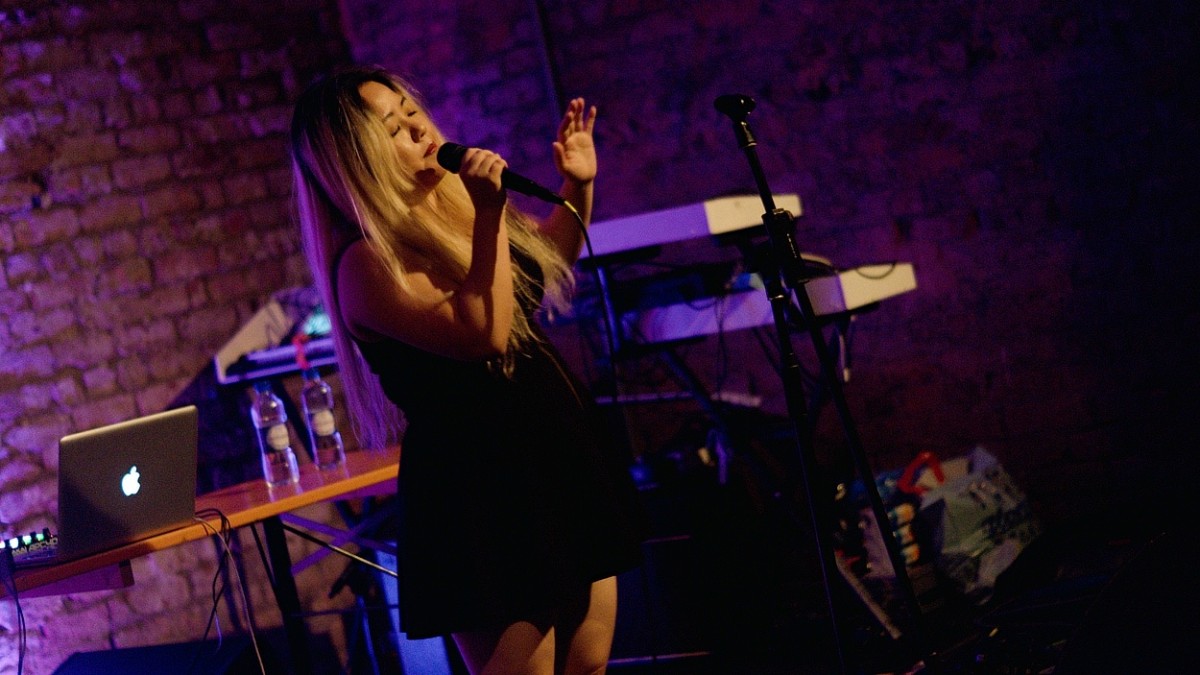 This name isn’t altogether new on this shore. Aristophanes just last year played Liverpool’s Buyer’s Club – the very venue that has hosted the regular Getintothis’ Deep Cuts nights and other such parties. This time the Taiwanese female rapper will be playing the Sunday’s after party as well but at the Invisible Wind Factory a little later in the night.

Her previous outing with us was very favourably received and proved her capabilities of captivating her audience and taking them through a journey or almost bewildering amounts of originality with her theatrical mix of spoken-word, rap, hip-hop and fusion. Having had collaborations with the likes of Grime and festival appearances at Coachella, SXSW etc., Aristophanes arrives hotly tipped. 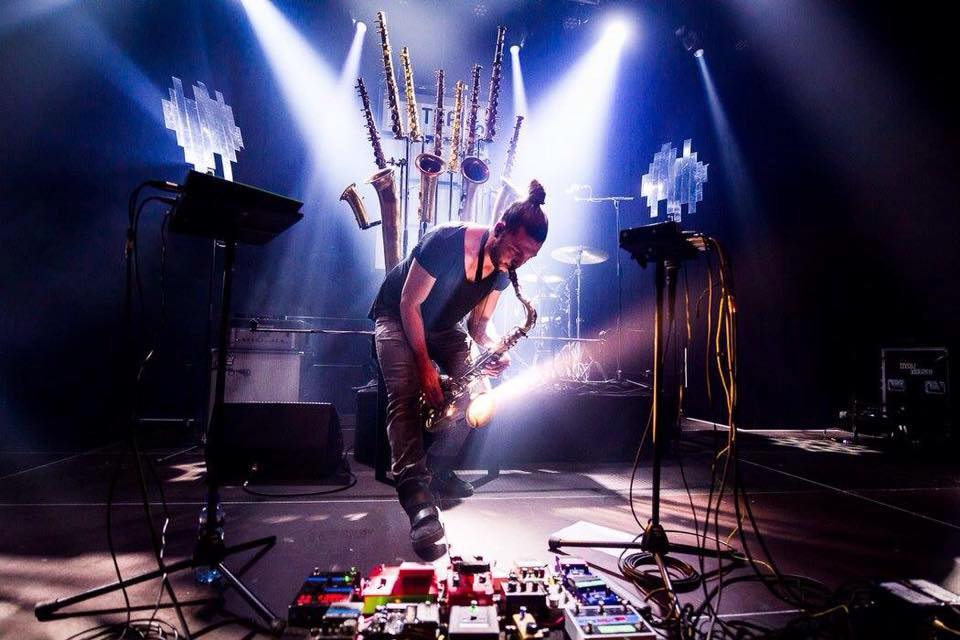 Kicking off the afterparty shindigs at Invisible Wind Factory‘s basement on Sunday will be Guillaume Perret. Identified as a band, this is an offering of jazz fused with the energy of metal with the help of some electronic groundwork that will be brought to Liverpool Sound City 2017 from Paris.

Constructing their huge sounds by looping effects-laden saxophone lines and then tackling the solos with heavy rock ferocity make the quartet interesting for not just the audience members with an appetite for creativity but for anyone who wants to witness something different.

Talking of something different, here is some creativity not just to admire but to party and dance to. Pierre Kwenders is an Afro-Canadian singer songwriter whose musical influences are as vast as the distance between his hometown Kinshasa and his adopted home of Montreal.

Labelling his genre as Congolese Trap, his music arrives as some of the punchiest hip hop on the list but with apparent and interestingly befitting influence of Congolese Rumba. Pierre Kwenders brings you the history of his musical roots and takes you along to futuristic sounds. You can witness this enigma yourself at the Pirate Stage on Saturday May 27. 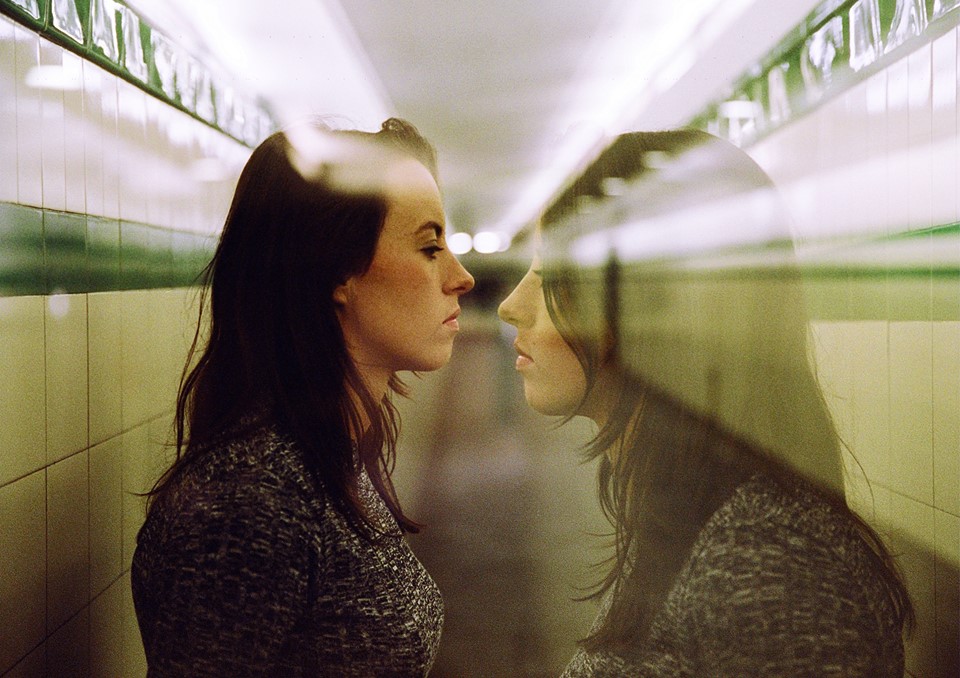 Maybe by the end of festival you have had your share of your different and unique and just want something instantly relatable and accessible with just enough energy to keep you going and garnished with melancholy to soundtrack the last few hours of Liverpool Sound City 2017. To cater to such demands will be Sydney artist Gordi.

Gordi is a 23 year old Canowindra born Sophie Payten. Her indie pop music is has been honed by the same people who have worked with the likes of Sigur Ros and Gotye. If that was not enough, she has shared stage with the likes of Bon Iver and Highasakite. That should give you enough to know what to expect. You can see if those expectations are met when Gordi plays Invisible Wind Factory‘s basement at Sunday’s afterparty. 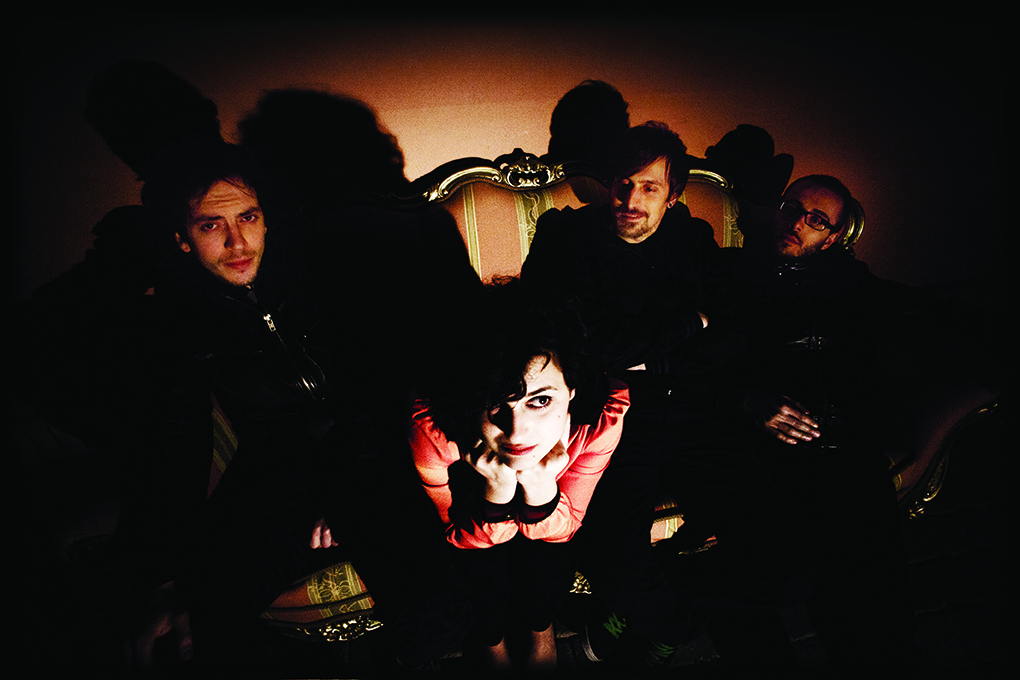 Hailing from Bologna, Italy, Shijo X began their journey as a trip-hop-dabbling duo in 2009. As their careers as musicians gained momentum, they acquired a bassist and drummer and have moulded a rather different, but increasingly impressive brand of rock and roll.

Their latest single, Spiral, is a twisted, haunting jam built on a sinister series of piano keys and thick, meaty drives of bass. It’s ghostly moonlight music, and their retained elements of trip-hop add a layer of unpredictability, opting for off-kilter beats and spine-rattling strikes of guitar.

Having supported Kaiser Chiefs and Paolo Nutini amongst whopping tours throughout Europe, Shijo X bring a talented live performance as well as a wholly unique sound. Don’t miss out! 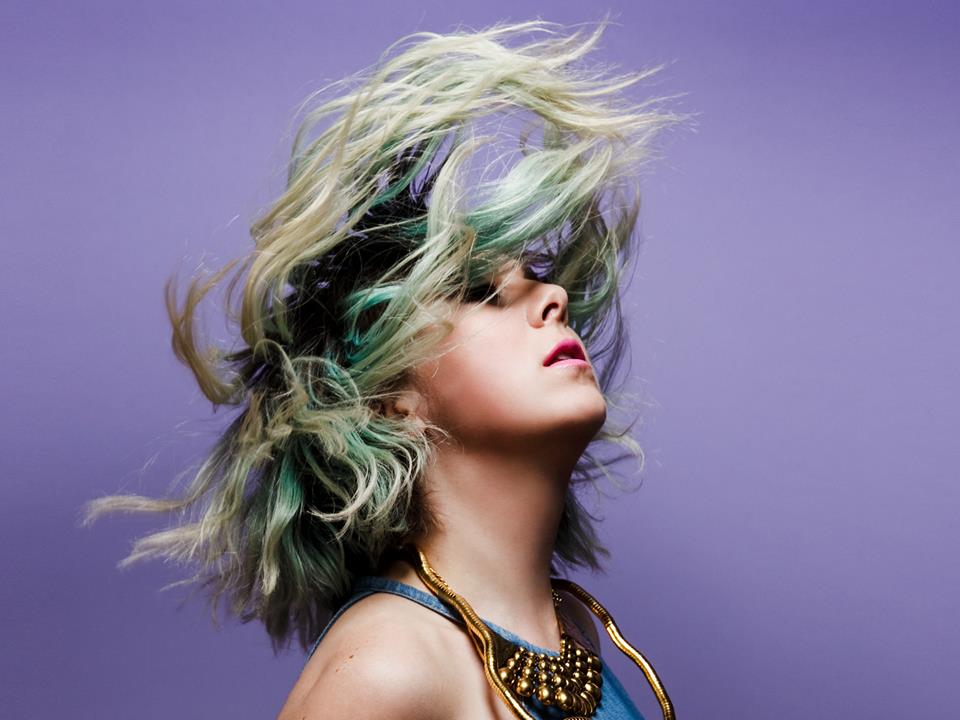 Caila Thompson-Hannant aka Mozart’s Sister arrives from Montreal channeling a similar vein as tUnE-yArDs and close friend, Grimes, with her own brand of experimental pop.

Favouring a D.I.Y. ethic like her musical counterparts, this is her most personal endeavor to date and having performed in Canadian bands Shapes & Sizes and Miracle Fortress, she’s no stranger to the stage.

Blending a colourful myriad of synths with body-jerking beats and playful vocals, she’ll be warming up the Pirate Stage in the early Saturday afternoon in style. 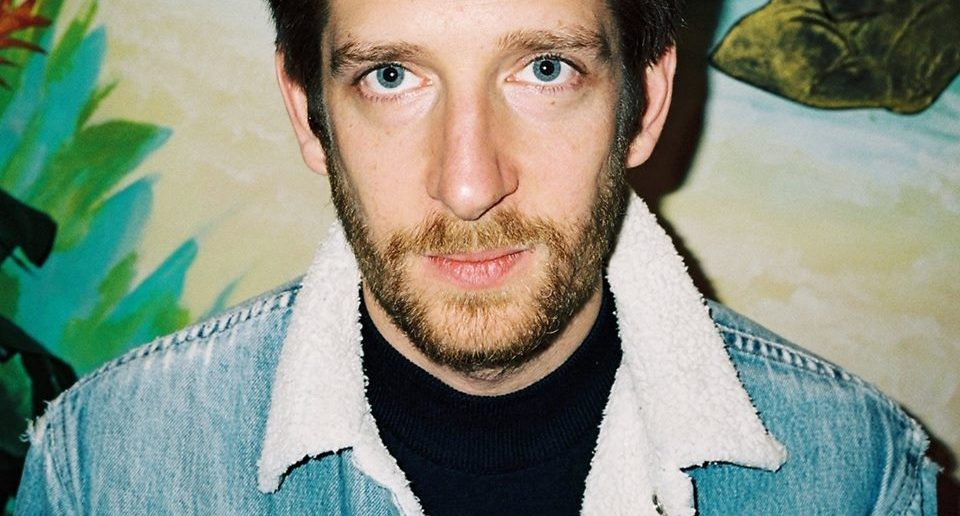 Given it’s a Bank Holiday, you’ve no excuse not to groove on over to Sunday’s after party at IWF, there’s some wicked acts keeping the midnight oil topped up, including this guy, Clément Bazin

Bazin is one of Paris’ finest party starters and his bouyant mix features live Steelpan, silky smooth RnB samples and heavy basslines to keep your blood pumping and soothe the soul. Bringing flavours from across the globe, it promises to be a deeply eclectic performance grounded in one universal addiction – a relentless funky beat. 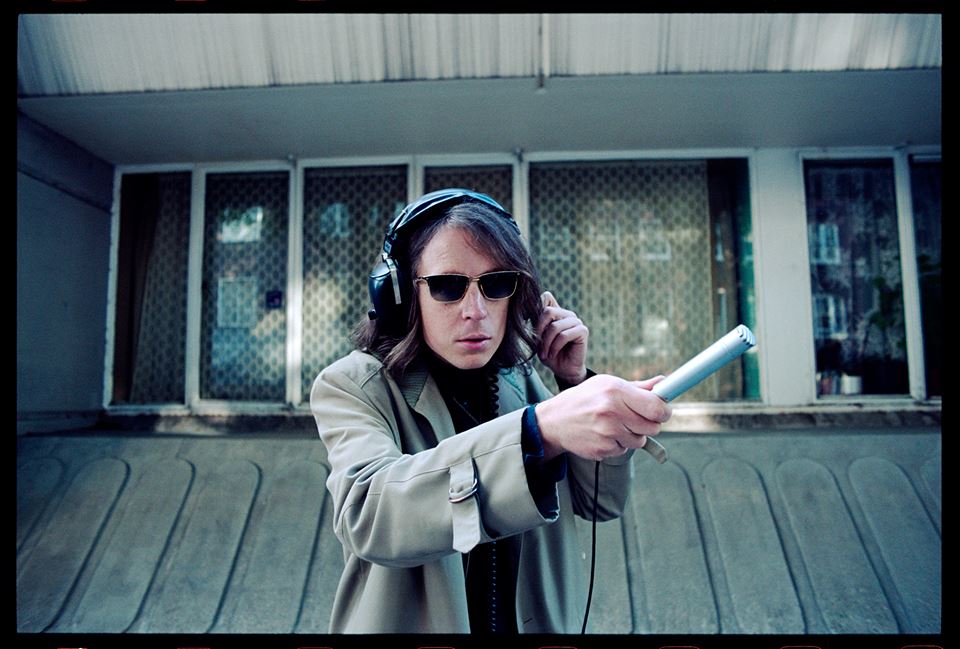 Sydney-born singer-songwriter Joel Sarakula is a well travelled man with his ear to the ground amid a number of global scenes, and this shows through his eclectic, seamlessly sewn-tapestry of a sound.

Coming from the “planet 1970s“, Sarakula touches upon pretty much everything through his music, at times sounding Bowie-esque, at others he’s Jeff Lynne and Beck rolled into one, all the while looking like Beck and Wes Anderson’s love-child.

Beck Odelay at 20: the chameleon of chaos who side-stepped convention

He’s got style, he’s got taste and he’s got bucket loads of talent; just one hit from his vintage, yet undoubtedly progressive sound and you’ll be trapped in the time warp that is Sarakula… and man… you’ll love every minute of it. 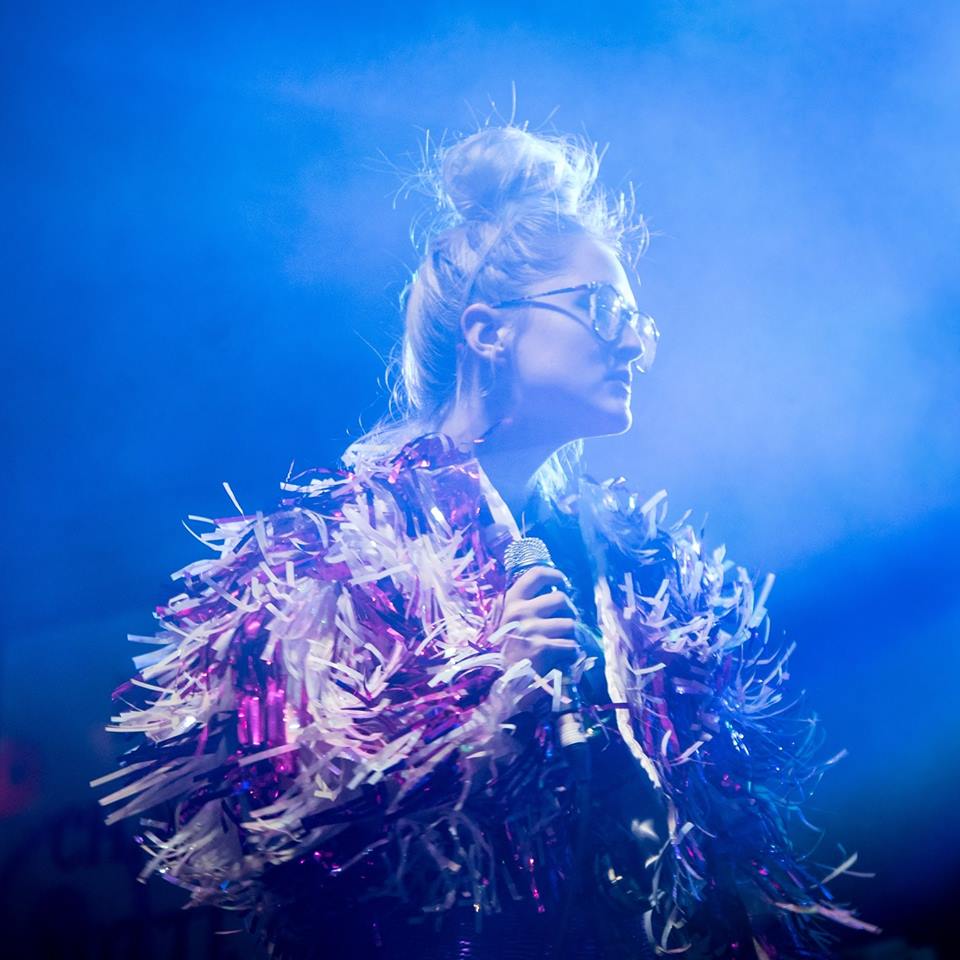 Be Charlotte: Baltic Stage, Saturday May 27

Bringing true-to-life tales from Dundee, Charlotte Brimmer has already tantalised audiences at SXSW and T In The Park with her smartly crafted pop and we’re delighted to welcome her to the Baltic Stage.

Her tracks exude a passionate commitment to creativity, and a commitment to herself, hence the name Be Charlotte. She’s transformed what was once a solo venture feasting on open mic nights into a spellbinding live performance including a three-piece orchestra, synths and infectious loops; all topped off with an endearing Dundonian accent.

Tuck into a hefty playlist below, featuring all our international top picks ahead of what’s set to be a memorable 10th Birthday for Liverpool Sound City.