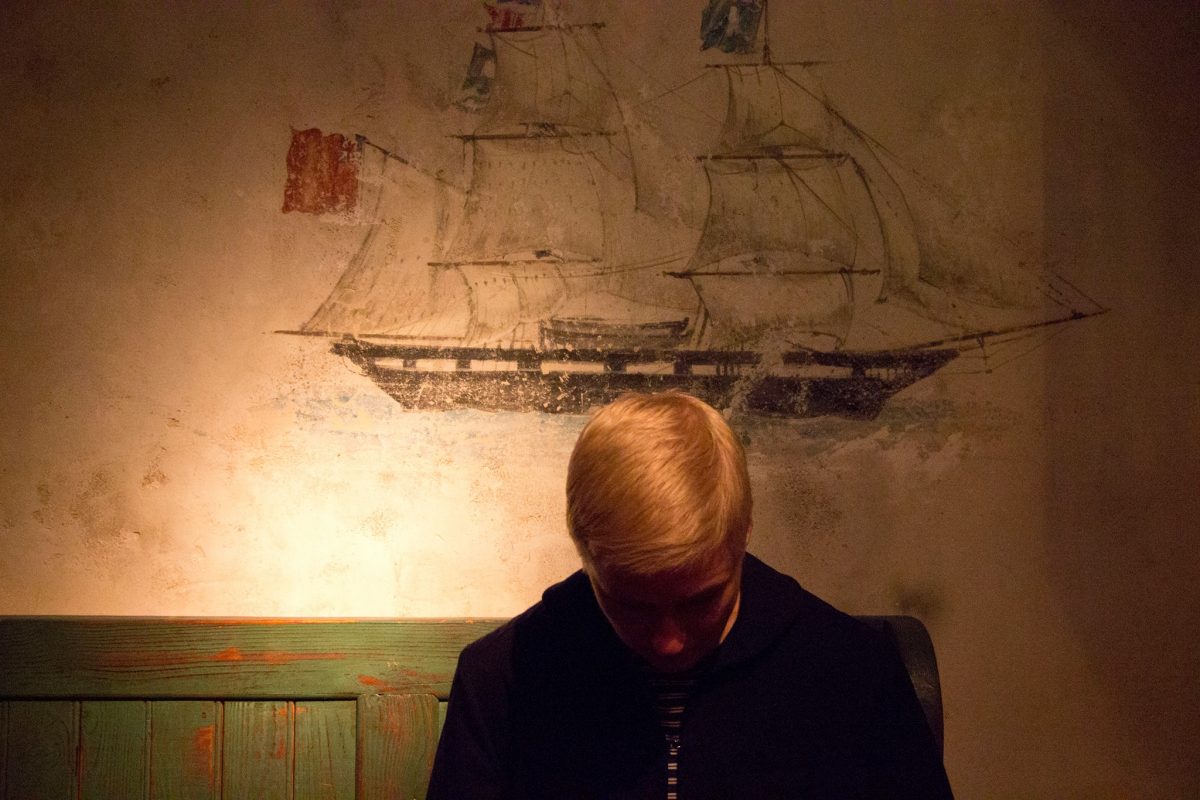 BROEN are an intriguing Norwegian five piece, currently in the studio working on their debut album, <3.

This taster from the forthcoming long player offers up a unique blend of experimental electronic jazz, spoken word, hip hop, dark film soundtracks, and wraps them round a huge psych dub throb of a background. Its insistent, weighty, seething and more than a little intimidating. The vocals weave and blend through and around each other, harmonious and dissonant in equal amount, as the song leaps from a clanging sparse industrial beat to full on multi layered sonic assault.

Known in their native land for their live shows, they’ve quickly become a firm favourite of The Guardian, 6Music’s Lauren Laverne, and now, Simon Raymonde of Bella Union, who will be releasing the album later this year.

Campbell L Sangster has released a new single and video by the name of Odds Are Stacked.

It really has been too long since we heard her work; Lin Sangster once fronted the Liverpool band KIT, before relocating to London to work on film music and videos. Her solo work, and this song in particular carries flavours of Lee Hazlewood as well as the Morricone-composed Spaghetti Western soundtracks, Spanish guitar, and the psych stylings of Arthur Lee’s Love.

There’s that driving urgency in the drums, the sweeps of the strings which builds from the intro, a simple picked acoustic riff and Sangster’s deep and semi spoken vocal which builds into a piece that echoes of the parched desert, all cactus and whisky, dusty air and flies on the windscreen.

The 50s writ large. We need an album. And that album will be with us this year, released, as is Odds Are Stacked on Higuera Records. The video speaks of those 50s influences, of Edie Sedgwick and Americana, and is an exploration of contemporary and historic female masculinity, also featuring The Drakes, a posing gallant band of butches, bois, studs, transmen and genderqueers.

Deep Cuts Live returns in July, make sure you check out the line up

King Tangent are an experimental psych/jazz/dance fusion band coming out of Wrexham. They say they “just want to make people dance”, but this doesn’t quite give you the full picture.

There is a carefully arranged minimalist quality to their track Hijack, a throbbing pulse around which ambient soundscapes weave delicately, drifting in before fading away. It is both introspective and precise; the stated influences are all there yet are married with subtlety and consideration, any temptation to gild the lily thankfully resisted.

At first flush this is music to chill-out than to dance to, yet it still has the capacity to be something very special indeed.