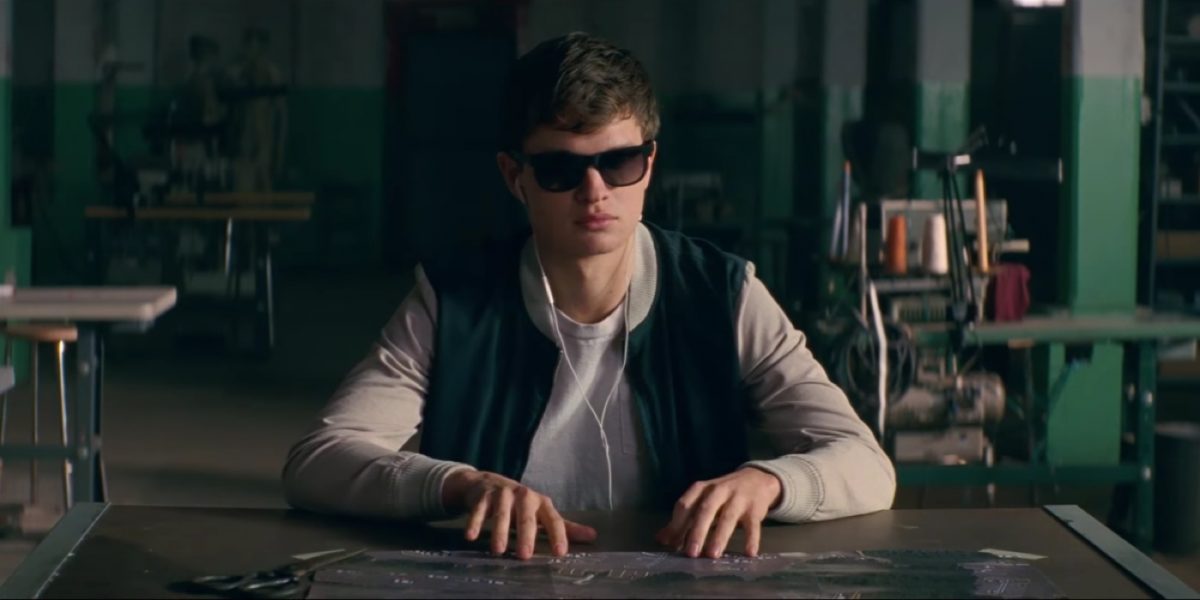 With Baby Driver having been just released in a cinema near you, Getintothis’ Michael Fowler gives us “A Cornetto Muncher’s Guide to Edgar Wright”.

If a cinema audience applauds and the director isn’t around to hear it, does it make a sound?

Once and only once have we ever witnessed spontaneous movie clapping. It was for Shaun of the Dead and, admittedly, Getintothis was so gleefully enraptured by the film that we couldn’t help but join in. Before all its ITV2 repeats Shaun of the Dead really was a special film, we don’t clap for plane landings, promise.

Shaun catapulted the careers of its stars Simon Pegg and Nick Frost, and led to two more films, Hot Fuzz and The World’s End, sealing what is known as the Three Flavours Cornetto trilogy and shining the spotlight on Edgar Wright, an innovative director who has always worn his innumerable influences firmly on his sleeve.

With Edgar’s latest film Baby Driver coming to Picturehouse at FACT on Wednesday June 28, we created a Cornetto Muncher’s Guide to the man himself guaranteed to rev you up just in time to see it.

As a young lad, Edgar would make spoof shorts such as the now unfortunately tainted, Rolf Harris Saves the World and its sequel Rolf Harris 2: The Bearded One. His old school would let him screen them to the public in their drama hall, and as he says in this cherubic interview, so many people started going to his screenings that the local cinema manager complained he was stealing business.

The local attention received for his films won him funding to remake his short, A Fistful of Fingers, into a full feature film. Sold as “The Greatest Western Ever Made… in Somerset” it’s the ridiculous story of a cowboy seeking the killer of his beloved horse.

Wright even managed to secure the nation’s favourite practical joker, Jeremy Beadle, in a small role. It had a tiny distribution release around the UK and some one star reviews, and although not many saw the film, it managed to catch the eye of David Walliams and Matt Lucas and they hired him to direct one of their early sketch shows, Mash & Peas.

Yes, it’s a TV series and not a film, but Spaced is undoubtedly a key point in Wright’s career as this is where the Three Flavours Cornetto trilogy was born. Written by, and starring, Simon Pegg and Jessica Hynes, Spaced was about the often wildly surreal lives of two single Londoners who move in together.

It parodied pop culture and Hollywood genre films in a similarly irreverent vein to The Simpsons, whilst being set in the totally average environment of a dingy London Flat. Nick Frost started his acting career on the show and a whole heap of British talent can be spotted in each episode.

If you had to pick just one episode to watch go for Battles in season one, it sees characters Tim and Mike heading for a paintball day only to discover Tim’s arch-nemesis, played by Peter Serafinowicz, is on the opposing team. Early ideas, action shots and parodies for Edgar’s future film, Hot Fuzz are there to be spotted.

Shaun of the Dead

Now one of the well known and entertaining British films of all time, the first film in the Three Flavours Cornetto trilogy, Shaun of the Dead, was conceived in the making of Spaced. In series one episode, Art, reality blurs as zombies appear to take over the flat after a whizzed up Tim stays up all night playing Resident Evil 2.

The rom-zom-com allowed Wright and Pegg to parody their favourite horror films, whilst asking the question ‘What would happen in a British zombie apocalypse?’ Answering with a death defying trip to the pub.

The most unforgettable scene comes early on in the film, where Pegg and Nick Frost’s characters sentimentally divide Shaun’s record collection into safe keeping or projectile weapons.

In the second film of the Three Flavours Cornetto trilogy, Edgar went back to his hometown in Somerset to grapple with the action movie genre. Heat, Point Break and Bad Boys II are all lovingly sent up in the quaint setting of a quiet English village. With a cast to rival a Harry Potter film, Simon Pegg plays the everything by the book constable, Nicholas Angel, while Nick Frost plays loveable oaf, PC Danny Butterman.

The film also brought the brilliantly smug charm of Timothy Dalton back to the big screen, along with Jim Broadbent, Olivia Colman and Paddy Considine. There’s even a blink and you’ll miss it cameo from Lord of the Rings director Peter Jackson as a violent Father Christmas.

Rumours suggest that a sequel could be possible, but don’t hold your breath as Wright has said he’d prefer to work on new projects rather than go back.

Worth a shout as it’s easily available on youtube, Don’t is one of the made up film trailers that Quentin Tarantino and Robert Rodriguez commissioned to play before their Grindhouse films Death Proof and Planet Terror. Whereas many of the American directors involved went for classic B-movie stylings, Don’t stood out for it’s parody of the Hammer House of Horror films. A plethora of British talent star in it including Mark Gatiss, Katie Melua, Rafe Spall, Michael Smiley, Jason Isaacs and many more, while Lego Batman’s voice, Will Arnett, provides the narration.

Scott Pilgrim vs the World

Adapted from the manga-style comic series, Scott Pilgrim vs The World starred Michael Cera as the self involved bassist who needs to fight his girlfriend’s seven evil exes in order to keep dating her. Taking influence this time from computer games and garage bands, Scott Pilgrim had a killer soundtrack of original songs written by Beck and even included the Fairy Fountain music from the best computer game ever made, Zelda: The Ocarina of Time.

Wright drew together another phenomenal cast launching the careers of many now massive actors like Anna Kendrick, Brie Larson and Chris Evans. The really sad thing is that although Scott Pilgrim is Edgar Wright’s best achievement to date it is also his biggest failure, losing around $40 million at box office.

The final film of the Three Flavours Cornetto trilogy, The World’s End is the story of the most momentous pub crawl ever. Simon Pegg, Nick Frost and friends attempt to take on the twelve strong pub crawl that they failed back when they were teenagers, all the while an android invasion of earth is taking place putting a major hinderance in their drinking plans.

The film started out as script Wright wrote in his early twenties called Crawl. He saw that he could change the movie to be about the experience of returning to your home town and feeling like a stranger. It’s not our favourite of Wright’s films but the science fiction idea was a decent way to end the Cornetto trilogy, which had previously parodied horror and action.

Marvel’s Ant-Man is a real thorn in Wright’s side as he and Joe Cornish had been working on the film for eight years before “creative differences” meant that Marvel and Edgar ended their working relationship just before filming began. Wright, who retained a writing and executive producer credit, has never seen the film and doubts he ever will but you should as its by far the best of all the Marvel films.

Peyton Reed replaced Wright in the director’s chair and re-writes of the script by Anchorman director, Adam Mckay, and Ant-Man himself, Paul Rudd, mean that we’ll never truly see Edgar and Joe’s vision, but there’s still plenty of their fingerprints left to see, such as the epic battle scene on a Thomas the Tank Engine train set.

So we land on Wright’s latest film Baby Driver, a heist movie about a getaway driver called Baby who suffers with severe tinnitus and drowns it out with one helluva strong playlist. Martha and the Vandellas, Queen and Simon and Garfunkel are just a few on the track loaded film.

In fact, during the making of the film, the cast had hidden ear buds so they could choreograph their movement along with the songs, and as you can tell by now, Edgar loves bringing together a quality cast. Newcomer Ansel Elgort plays Baby and the supporting cast is unreal with Kevin Spacey, Lily James, Jamie Foxx, Jon Hamm, Flea and Sky Ferreira all involved in the ensemble.

The stunts in this film were all done for real and look absolutely ridiculous, the screenplay is hilarious and full of the wit we’ve come to expect from Wright’s films and if the other stuff doesn’t matter to you it’s just a whole lot of fun. There was no spontaneous applause at the screening we went to, we don’t think that’ll ever happen again, but the laughs were loud, the gasps were audible and we couldn’t help leave without thinking this is going to be our favourite film of the year.

Baby Driver is out now.

The buzz around Baby Driver – the 5th film in Edgar Wright’s directing revolution – has been pretty loud for a little while. It’s this type of buzz that is relatively rare when every shred of mystery and magic can be taken away by a film’s imminent release by either a trailer, the fact that it’s a reboot or the fact that it’s boring. See: The Mummy 2017. Baby Driver’s buzz, however, comes because it is not the story that’s the star (the story is good), or the actors in the film (they’re good), but the director and his knowledge for direction. And after seeing the film, we can confirm – Edgar Wright is the star.

Baby Driver is sheer excitement and fast-paced fun. It is led by the music as much as the storyline, and the music truly feels like part of the picture, reminding us of the way Quentin Tarantino uses music in his pictures. Each song, each beat, each drum-fill is chosen to perfectly fit every shot, every rev of an engine and every bullet from a gun. This isn’t just a movie for film lovers, it is a film for music lovers. And lovers of a good time.

Kevin Spacey plays the part of Doc – the master of criminal ceremonies – with a level of ease that allows him to just be Doc. His stint as menace in the senate Frank Underwood in House of Cards has proven his sinister side nicely. Ansel Elgort puts in the best shift on screen, as hero, Baby. Coming from the background of MTV Award for Best Kiss, the snobbish amongst us may well turn up our noses. Yet the performance here from Elgort – as Wright turns up the volume – shows us that we shouldn’t put too much emphasis on a light cinema actor taking up a bigger, more ambitious role. His performance as Baby has intrigue and mystery but also the level of fun that sums up this film perfectly.

The performances by John Hamm, Jamie Foxx, Eiza Gonzales and Lily James – as criminals and love interest respectively – all offer their own punch to the film. The criminals are all larger than life, but not over played. Sinister, vicious and well rounded, each one contributes to the thrilling ride, and it’s James as Deborah, the lover from the diner, who is the makeweight in many of the film’s more thrilling scenes.

Baby Driver is a car chase, and a jukebox. A love story and a crime caper. It’s action, adventure and romance. But it’s this year’s most original film and will allow Edgar Wright, the conductor of this on-screen opera, to keenly pick the next vehicle for his exploits. Hollywood has a new King Creative. Long live the King.