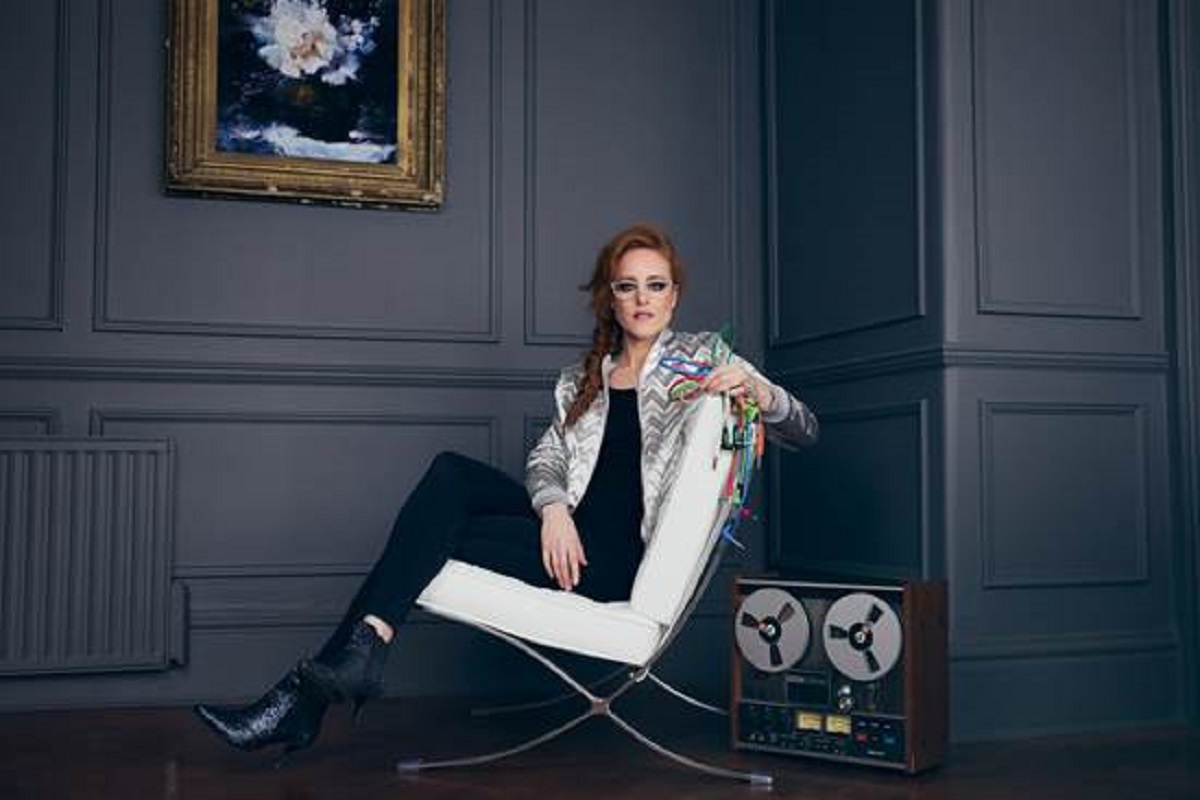 Hannah Peel returns to Liverpool with a brass band and tales of journeys to a far-off galaxy and Getintothis’ Rick Leach looks forward to something special.

This is something we know to be true.

Music always sounds better with a bit of brass.

Whether it’s folk, rock, pysch, reggae or whatever, there’s really nothing that can’t be improved with the addition of a few judiciously placed trumpets or trombones. We reckon that even metal or drone could be raised a notch higher with a few tubas giving it some welly.

And then imagine, if you will, listening to jazz or the best soul music of the past century without brass being an integral part of it all. It is impossible.

Maybe as avid music fans, the sound of hearing any brass instrument is something deep-wired within us. When you hear the stabbing and heart-wrenching punch of the Muscle Shoals horn section cutting through you know your life is better for it. The plaintive sound of Miles Davis on Kind of Blue or John Coltrane on A Love Supreme? Ornette Coleman? The list is endless.

This is before we address something genetically within us all and is especially true if we’re from the North of England. Something that’s overlooked and maybe even forgotten at times, but something that stretches back for generations. To our grandparents and beyond.

The sound of a brass band. A full brass band. Over 25 people working together to produce a sound that can blow your socks off. Highly skilled and disciplined musicians who can turn their hand to any type of music at the drop of a hat. Deeply ingrained within working class culture, brass bands don’t mess around and they can produce something that is magnificent and soaring that’s more than an equal match for anything you’ve ever heard on an Al Green track.

So it’s with more than a little excitement that we look forward to the arrival at the Philharmonic Hall in September of a full 28-piece brass band, Tubular Brass, featuring some of the UK’s finest players and performing a newly scored and arranged version of the Mike Oldfield classic album, Tubular Bells.

Not only that though-they’ll also be performing live with Getintothis favourite Hannah Peel for a full rendition of Peel’s new work Mary Casio: Journey to Cassiopeia.

Tubular Bells and brass and synthesisers and brass both in a live setting. Two brilliant and simple ideas it makes you wonder why no-one has really ever thought of it before. Brass and synths, possibly-but not a full-scale brass band. Not a traditional brass band.

Tubular Bells is of course a remarkable piece of music in itself. The original album was recorded by Mike Oldfield way back in 1972 when he was only 19 years old and released by Virgin in 1973 when he was still only 20.

It’s difficult to say why such a record did so well, but it did. It’s been in the charts for an amazing 280 weeks since it was released, selling more than two-and-a- half million copies in the UK and an estimated 17 million worldwide. On one of its many chart runs, it stuck around for a straight 128 weeks from January 1974, getting to number one in October of that year. It’s outlived punk and more and has managed to hit the charts every decade since 1973.

Part of the success of Tubular Bells clearly was down to it partly being used as the soundtrack for William Friedkin’s The Exorcist film in 1973-one of the films that can be have said to have defined the early 70’s. That alone however, can’t explain its long-enduring appeal. There has to be more than that. Why did a record on what was then a new label-it was Virgin’s first release amazingly- do so well?

To be honest, it’s never been the hippest of records. You’d never see anyone proudly walking around town with it unbagged and parading it as a badge of pride. God help you if you ever strolled into a record shop-we all know the cool one, every town and city has (or had them)- and asked for a copy of Tubular Bells any time from say, 1978 to 1985. Or even now. At best you might get laughed at. At best. At worst you might have got barred and reduced to getting all your records from HMV, Our Price or in an ironic twist of fate, a Virgin Megastore.

Which is probably where most of us did get our copy of Tubular Bells. Because although, it might not have been the most fashionable record, it clearly wasn’t only bought by the casual record buyer. Whatever music each of us might be heavily into-be it punk, metal, hip-hop, grime, soul- there’s a fair statistical probability that a few of us have Mike Oldfield’s gem nestling in our record collection. (For this writer, it’s snuggled pretty close on a shelf next to Oasis’ Be Here Now. It’s not hard to tell which record has stood the test of time the best. Hazard a guess.)

Oasis: Supersonic- A tale about euphoria, ambition and downright cheek

The success of Tubular Bells must be something to do with…well, the music. It’s the tune. Each part-each side of the original album- lasts just over twenty minutes but once heard, it’s never forgotten. It seems both complex and simple at the same time. Maybe that’s a sign of great music, be it Bach’s Goldberg Variations, The Beach Boys Surf’s Up or whatever is currently wowing you.

Tubular Bells seems simple. At its core there are only a few notes, a few repeated bars of music, twisting and turning, folding and unfolding on themselves like a mysterious piece of origami. Yet those simple notes bury themselves into your head over and over again and you end up wondering where it will all end. And how it will end.

You go on a journey through this music, listening and half-listening, with themes fading in and out, getting lost in it and finding yourself again. It’s like a long walk where you’re not really sure where you are going. You might take the odd wrong turn, yet you do know that some how you’re moving forward and you do know that in the end, you will reach the end of your journey. It’s just how you get from A to B which is different to what you expected.

In the end, there’s an undoubted feeling of relief and satisfaction and release as Viv Stanshall announces ‘plus…tubular bells’ where you realise “ah, that’s what it’s all about-Tubular Bells!”

In the very unlikely event you’ve never heard Tubular Bells all we can suggest is that you remedy this omission as soon as possible. After all, 17 million people can’t all be wrong, can they?

And once you’ve heard it, make sure that you do your level best to get to the Philharmonic on September 23.

In fact, even if you don’t hear it before then, then you should still get down there. Because not only will you manage to hear the power and majesty and finesse and skill of Tubular Brass interpreting Oldfield’s gem, but you’ll also get the chance to see Tubular Brass working alongside Hannah Peel as she performs Mary Casio: Journey to Cassiopeia in what promises to be a stunning combination of brass and analogue synthesisers.

Mary Casio: Journey to Cassiopeia tells the story of an unknown, electronic musical pioneer and elderly stargazer who dreams of leaving her Barnsley home and seeing Cassiopeia constellation for herself.

The mixture of brass and synths, Hannah Peel’s imagination and flair for storytelling will be further enhanced by special audio visuals at the show from Daniel Conway, who’s previously worked with the likes of Tuung, Sub Focus, Pendulum and Wrangler. He’s talked about working with Peel on the Mary Casio project as ‘…an emotional and exhilarating experience and (one that) explores … a dreamlike version of our universe both outer space and inner space, visions on the very edge of what is visible…’

Get yourself through August, hang around until the nearly the end of September and pop along to the Philharmonic. You may well witness the gig of the year.