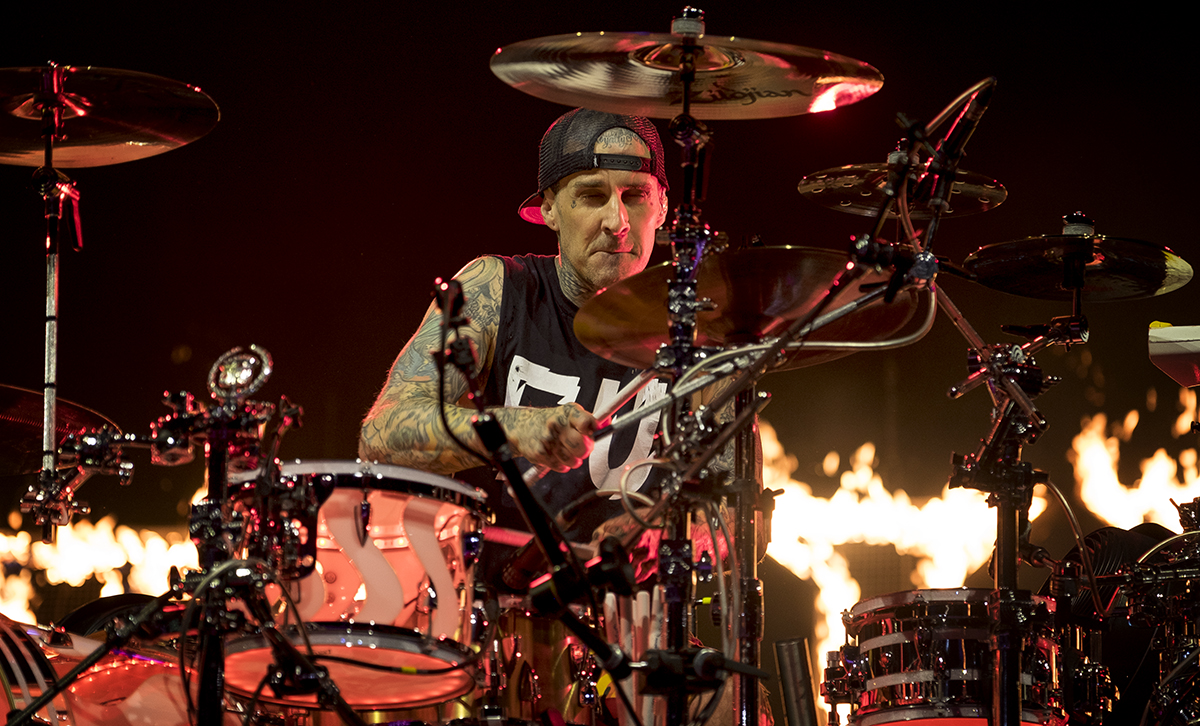 Blink 182 played a rare gig at the Echo Arena and Getintothis’ Luke Chandley witnessed fun all the way.

There are two acts that transcend the genre ‘pop punk’ – standout acts in a sub-genre of music.

Arena bands in a scene of academy graduates. Blink 182 and Green Day.

The latter have taken a tumble since their massively acclaimed CD American Idiot. Their musical sway had moved boundaries of who listened to what, defining 2 years of radio friendly political rock.

Meanwhile Blink 182, Godfathers Mk 2, split up, got back together, released an average CD, lost a member and gained another member, and released their latest album, 2016’s California. Since then, their stock has solidified as the elder-statesmen who are creating summer-filled, ‘woah’-driven rock.

Coming to the Echo Arena in Liverpool, this writer was excited. The band hadn’t visited the arena before, and their old hits and fandom classics mixed with the fresh songs from their latest CD, in theory, would stand up even now. Even with band favourite and founding member Tom Delonge was replaced by Alkaline Trio frontman Matt Skiba. For many, Blink had entered a kind of supergroup territory. For others, it was the dilution of the teeny-rock, dick-joked trio that came before. But was this the same band, once more with feeling, or a late career snatch at the dollar sign? We were excited to see.

The main support act of the night was Frank Turner and the Sleeping Souls. The rustic, folk-driven tracks of Turner were an interesting choice of warm-up.

Frank Turner has his critics. People say he is middle of the road which, in fairness, may not be a hugely inaccurate. But what’s also not inaccurate is the fact that he puts on a good show, fuelled by attitude as much as anthems. He’s a man with an acoustic guitar and a band, belting out tunes about not growing up, and those who you hold dear. Old ideas, they may be. But the Arena lapped them up and so did we. There’s a massive dearth of genuine (not marketing-driven) positivity and humanity in rock music. Tonight made us feel this. Thanks, Frank.

The Liverpudlian anticipation was prominent. As a large Blink 182 flag dropped in front of the stage pre-show the crowd’s volume, naturally, rose. The room was packed full, as an almost capacity Echo Arena audience waited with baited breath. Then they started.

As the lights in the venue go down, a familiar sound rings around the room. The theme music to Stranger Things, the nostalgic sci-fi phenomenon, greets fans as Blink 182, tonight’s nostalgic hi-fi phenomenon, take to the stage. The familiar sound of Travis Barker’s drumming begins, and the three-piece throw themselves into a lively rendition of Feeling This.

As the band race through hit after hit, it’s hard to not be impressed by just how many memorable tracks they have. What’s My Age Again? was an energetic rendition of a catchy rock tune, whilst the band’s last big radio hit, I Miss You, was greeted with a 3 minute-plus sing-along.

Often, the phrase “this next song is a new one” is met by hushed disappointment, especially from an act so steeped in yesterday’s achievements. But Cynical, the super-fast and defiant opening track to 2016’s California album, was met with buzz and excitement. Blink 182, so familiar in their fan’s youth, are still proving relevant in their present.

2017 in pictures: Getintothis’ photographers pick their best shots of the year so far

New tracks were laced through Blink’s set, as Sober and Los Angeles proved that you don’t have to be a single to make a Blink 182 show. But in the same way, The Rock Show and First Date prove that it certainly helps, as each lyric from each song is screamed louder than the last.

Where Blink 182 go from now is more interesting than where they have been. They’re older, possibly wiser and probably – in general – better. The not-so niche they have carved for themselves is skate-rock for the masses, whose back-catalogue will always draw in arena crowds. But Mark’s charm and Matt’s freshness will always play second-fiddle to Blink 182’s not-so secret weapon. The awe-inspiring talent and musicianship of Travis Barker.

Coming to a Blink 182 show was always about the band and the songs. It’s hard to talk about the act without talking about the aforementioned Tom Delonge. Nobody had ever been to a Blink 182 gig, with Delonge in the show, and expected expert musicianship, or even a tight-nit group performance. With the addition of Matt Skiba though (who this evening resembled a 90’s-esque Paul Gascoigne, sporting bleach-blonde hair), this does seem to have changed.

You don’t go to a live show to hear the songs sound as they do on CD, but at the same time, they have to resemble the tracks you love. Under Delonge you never felt that was truly the case. The band today, however, have a fuller, more rounded sound, and even though Skiba and co-frontman Mark Hoppus’ voices aren’t exactly angelic, they suit the live show much more than Delonge’s ever did.

A shout-out must go to the pyrotechnic, lighting and stage production team, as the screens, flame machines and flashing bulbs are working overtime throughout the whole set, adding something else that is evident during each second of stage time – fun.

From the music to the way that actual night has been put together, coupled with the support acts, Blink 182 show us that they’re still able to put on a great show. The main grumble we had is that their set was clinically orchestrated – song, song, song, encore, “goodnight”. 1hr 10 mins on stage, then house-lights.

With their plethora of songs, they will always miss some favourites, but with this back-catalogue and the current size of the band needs to come a realisation that they should probably do more – in regard to set-length – to please their fans who are paying top dollar to see a band that rarely travels this side of the pond. A minor grumble, but one that might be considered justifiable..

The evening was a successful one. In the Echo Arena that night, Blink 182 show that they are a well-oiled light at the end of what is usually a bubblegum-pop genre. The band provide a bridge between the bratty bastards and the punk rock wankers and all in between. A good night and a show sure to please all fans. As it did us. 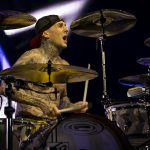 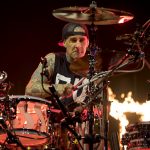 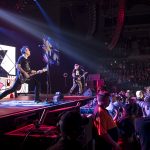 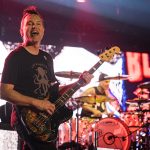 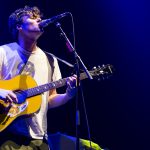 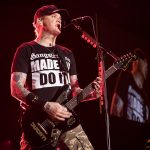 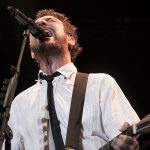 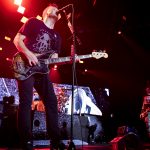 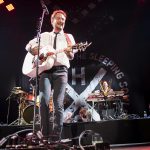 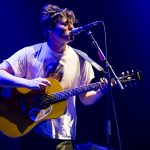 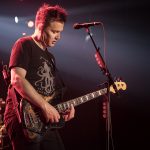 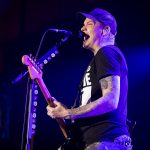 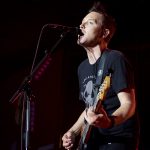