Tranquil villages, fine wine, international DJ’s, SOIRÉE47 Festival has it all, Getintothis’ Ryan Craig has the details on how you could be there.

Opening its doors for the first time ever is phenomenal French festival, SOIRÉE47.

Launching the party in August of 2017, the intimate music and arts festival, housed in the idyllic Southern French countryside, offers festival goers a unique setting in the stunning, tranquil village of Monteton. Laying perched atop of a hill, commanding views of thate Valleé du Dropt and the Lot et Garonne countryside.

Created by the former Scouse DJ, Les Ryder – who was a regular at the likes of iconic clubs Cream, Mello Mello and Lago’s (the orginal Lago’s, that is) – hand picking the meticulously curated line up of world class international DJs, Ryder has birthed an easygoing, laid back atmospheric festival.

Yoga classes, wild runs and locally produced wines each part of the experience, all with a welcomed lack of knee-deep mud.

Foreign festival fanatic? Check out when Getintothis travelled to Barcelona to take on Primavera

Bringing you a blend of activities, french circus acts and of course, as expected, a big dose of live music playing at two very special outdoor locations, gently taking you through to the early hours of the morning.

Being a family friendly festival, SOIRÉE47 adds also heaps of activities for all ages. Singing acts, circus skills and workshops are among the entertainment on offer, all whilst overlooking the lush green valleys.

SOIRÉE47 presents to you a supreme line up of artists in the most impressive of ways. A perfect way to end your summer and just a stones throw away from the UK. 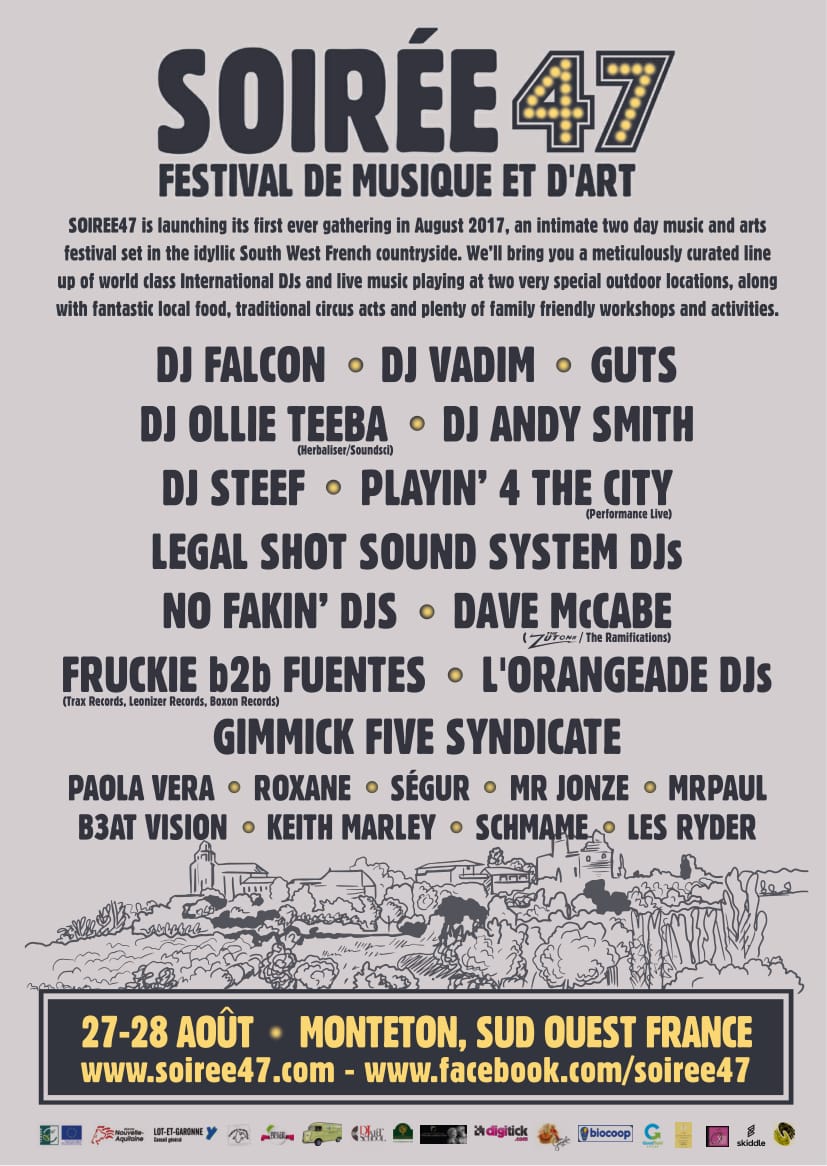 Now, here is your chance to win weekend tickets with camping passes – of which we have a grand total of four to give away.

The winner will be contacted soon after.