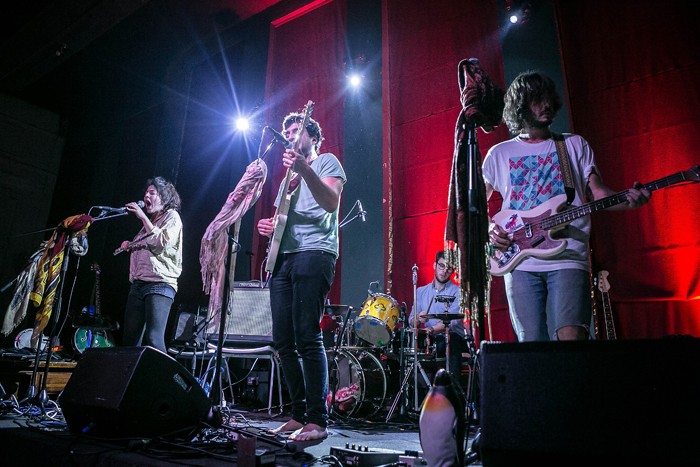 Cristobal and the Sea

Cristobal and the Sea return with a new single, album and tour, Getintothis’ Jessica Borden has all the details.

Cristobal and the Sea return with new album Exitoca and a new tour.

Steal My Phone comes as the first single from the album and gives the perfect insight into the album. The perfect burst of colourful and positive energy which exudes confidently into the lyrics and melodies.

The second album Exitoca is the second album from Cristobal and the Sea and will be gracing shelves from September 22. This could be the very thing everyone needs in this dark post-Brexit/Trump-era landscape.

All you need to know about Psych Fest 2017 so far

The title makes reference to the escapist dreams of the men and women of the 50s and 60’s trying to escape the everyday of suits and housework. However now the escape is of new dire situations by accepting otherness rather than the escape to daydreams, a message the band exemplifies through their message.

The tour will include 5 UK dates including Liverpool where they will continue Get Loud in Libraries, at Liverpool Central Library which so far has hosted incredible acts including She Drew The Gun, Marvin Powell, The Magnetic North, Cherry Glazerr, Josefin Öhrn & the Liberation, Amanda Palmer and Lonelady.   .