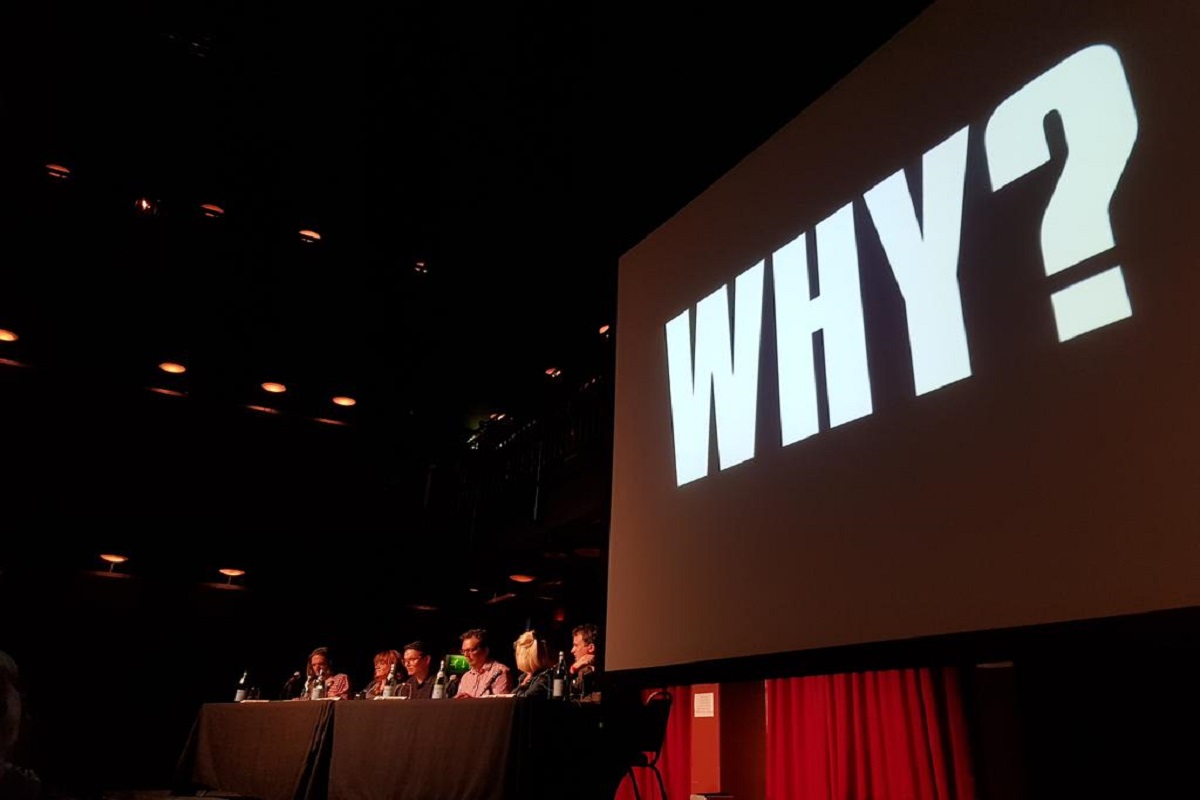 The KLF  instruct Getintothis’ Gary Aster to do something unexpected as the first day of the Justified Ancients of Mu Mu’s three day journey in Liverpool begins.

When I woke this morning after too little sleep I was in a surprisingly good mood and the sound of the main riff from The KLF‘s What Time is Love? as played through an ice cream van’s musical cylinder was still echoing in my mind.

I switched on BBC breakfast telly just in time to see a short news feature about last night’s book stamping event and there’s that ice cream van (and that riff) again. Did I just briefly catch a glimpse of myself in that shot of the queue?

So off it’s off to the Static Gallery, temporarily re-christened The Dead Perch Lounge, to exchange my ticket for a wristband granting me access to all that will unfold over the next three (and a bit) days. It’s about 11 when I arrive and everyone seems very jolly and friendly.

Finally I will get some sort of timetable and learn what being a “volunteer” (“all ticket holders are volunteers” we were warned before we bought into this) actually entails.

I’m shown a list of questions asking about particular talents or skills I might have such as drawing, applying make-up, singing, playing a musical instrument and even being a good swimmer. I get to pick only one, and my answer will be used to decide the particular role or duty I’m best suited for as a volunteer. I opt for “can play guitar or bass” though in truth I’m not particularly proficient with either. As it turns out this hardly matters.

We’re all given a cryptic booklet with a timetable of events and locations which seems to have been designed in order to confuse its readers. I gather from this and my conversations with my fellow volunteers that we are all required to be at Constellations for 1pm, there to be issued with our instructions.

It’s about a 10 minute walk from the Dead Perch Lounge but there is no map or direction provided for the next location and I begin to realise what a challenge these 3 days will represent for most of the 400 volunteers who are not from Liverpool. There are things planned here there and everywhere. We’re certainly going to get to see a fair bit of Liverpool.

The allotting of jobs ceremony is a fairly raucous affair. ‘If you’re feeling confused right now then be assured that in a few days’ time it’ll seem like a rare moment of clarity’ we are told. All 400 of us have different jobs to do; roles to fulfil; duties to perform.

There are to be skull-painters, revolutionaries, grave diggers, bill posters, musicians and many other tasks. Over 60 of us are required to drag “a large, heavy object” through the streets by rope. Some of these tasks are “teetering on the boundaries of legality.”

Names are called out and we must each go to the front to collect a card with written instructions spelling out exactly what we’re expected to do. My name is called. I collect my card and this is what I read:-

Instruction – Cone Re-Positioner – You will steal a traffic cone for the Great Pull North. Stash at Dead Perch Lounge before 12pm on Day Three.

Now, earlier on as I was idly passing the time I noticed in an alleyway where the smokers had gathered that there were several traffic cones, which didn’t appear to fulfil any function. Why were they there? They can’t have been placed there by the Highways Authority – this isn’t a road but a wide alleyway leading to wall.

This was an opportunity that was too good to pass-up. I reversed my car to the corner of the alley, jumped out, flung the boot open and chucked one of the cones into the back. As I drove to the Dead Perch Lounge, occasionally catching a glimpse of the traffic cone in my rear-view mirror I’m afraid I experienced something of the sin of pride. This was pretty good. I’d completed my task less than an hour after receiving it.

I arrive back at the Dead Perch Lounge clutching my re-claimed traffic cone and stroll in to a few laughs and cheers. There were 23 of us in all who were given this task so everyone in here immediately knows why I’m carrying a traffic cone and I’m heartened by their response. But my heart sinks when one of the Dead Perch People shows me where to stash it and I see that there are already two traffic cones which have been left here before mine. I wanted to be first.

At 8pm we gather again in the Blackie to attend “a hearing” called now that the K Foundation’s 23-year Moratorium has ended to consider once again ‘why did The K Foundation burn a million quid?’ A panel of five speakers representing different perspectives – artist Jeremy Deller, art historian Annebella Pollen, Idler editor Tom Hodgkinson, economist Ann Pettifor, and Vice journalist Clive Martin – offer their answers to this vexed question.

On the way in, we are greeted by people shaking buckets of coins but in a reversal of roles we are each given a pound coin from the bucket without any explanation. The purpose of these coins becomes clear later on.

It’s a long and fascinating evening, but a bit too long for some judging by the reactions of several of those seated near me.

Here's Steve (and Alan) – he's been ordering #23 off 23 Chinese takeaways for 23 days in the build up to #WelcomeToTheDarkAges ?? #JAMs #KLF pic.twitter.com/ZkXTcY9Rbk

For three hours we listen as five alternative explanations are put forward, and then a list of witnesses give their accounts of events on Jura 23 years ago. An answer is required.

The matter is to be put to a vote using the pound coins we were given earlier. If one of the five possible explanations put forward this evening wins at least 23% of the vote (or 85 pounds) then that will serve as the answer. If no explanation wins 23% or more of the vote then a further 23 year moratorium will be called.

Perhaps surprisingly, a clear winner emerges. The explanation put forward by academic Anne Pollen – ‘a ceremonial denial of excess; a magickal annihilation of value’ that is “part of an ancient tradition of subversive weirdness” – goes down a storm when she makes her case and is the clear winner.

The JAMMs are called and duly appear to loud cheers. Jimmy Cauty does most of the talking and is in good humour. The answer is put to them. They appear perplexed by it but accept it. ‘Yeah. ok; whatever’ says Cauty and Drummond concurs.

There’s a good deal more to say about all of this of course, and it will be said. But not now – later. It’s been a long day and I have to be at the Bombed-Out Church for 10 am tomorrow morning.

Editor’s notes: Why did they burn a million quid? The hearing, for this writer, opened up more channels for discussion than ultimately answered their original question. And in the end, the result of tonight’s event, didn’t really matter. Did it ever?

Do Bill and Jimmy really know? That was the recurring theme throughout. Of the many witnesses called – Gimpo (their closest ally) – reasserted they did it, because they wanted to.

A powerful liberation. A redemptive act. A ritual. A culling. A purging. A symbolic gesture. A wilful act of destruction. Destructive art. Freedom.

The hearing’s conclusion, a vote aligned to art historian Annebella Pollen‘s theory that they burnt the cash due to ‘a tradition of unending weirdness’ seemed plausible – but as did all arguments.

The discussion emptied over into the Black-E’s gallery as the 400 volunteers and more handed scattered their JAMs donation pound coins into buckets to represent which way they’d decided. Earlier in the day, as the volunteers lined the streets of Liverpool we couldn’t help but feel drawn into their world such was the fervour of the intrigue and devotion to the Mu Mu legend. Their love of Liverpool to aligned to that of Bill Drummond and Jimmy Cauty – who we were lucky to speak to at Static Gallery earlier in the day was evident too. ‘Why Liverpool?‘ we asked. ‘Can you think of a more appropriate city? No? Well, then…‘ Drummond replied.

When eventually, the JAMs did take to the stage, Drummond‘s characteristic shrug of indifference reflected for us, exactly the truth of the matter. ‘Whatever‘ came his response. Whatever, indeed. We’ll never truly know. And we’re not even sure they will themselves. Perhaps that’s the secret to it all. An enduring, ever evolving mystery. 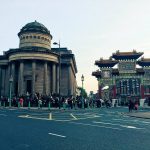 The JAMs ‘volunteers’ congregate at the Black E 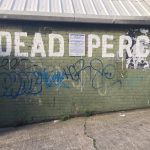 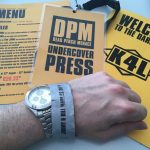 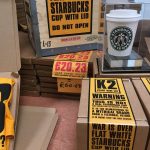 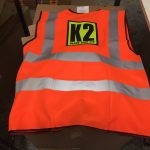 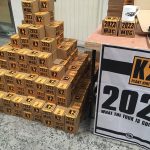 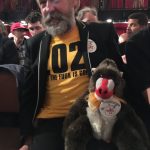 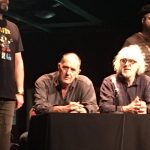 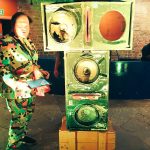 At The Black E

Earlier: a man and a perch! pic.twitter.com/DcDXmkHMVv

Day 1 so far: got a job in costume and tickets to the @BadgerKull gig, sniffed Bill Drummond's bucket of fish.#WelcomeToTheDarkAges #theKLF pic.twitter.com/26ZcP8bKRO

On the stand, the man who witnessed the burning of £1m – Gimpo pic.twitter.com/jaLsgcDF09

There’s about to be an inquest into why The KLF set fire to a million quid ? pic.twitter.com/vFS3oKVMEb

The #KLF arrive to hear the verdict, as decided by the audience, as to why they burnt £1 million…#welcometothedarkages #Jamms #WTFIGO pic.twitter.com/wtsMFbWpA1

We the 400 have voted. The #KLF's response? "Whatever." pic.twitter.com/KfRW6jbzwj

Result! The Jury declares The K Foundation Burnt A Million Quid due to a tradition of unending weirdness! Bill's response: Whatever. #KLF pic.twitter.com/UywIOjP4dm