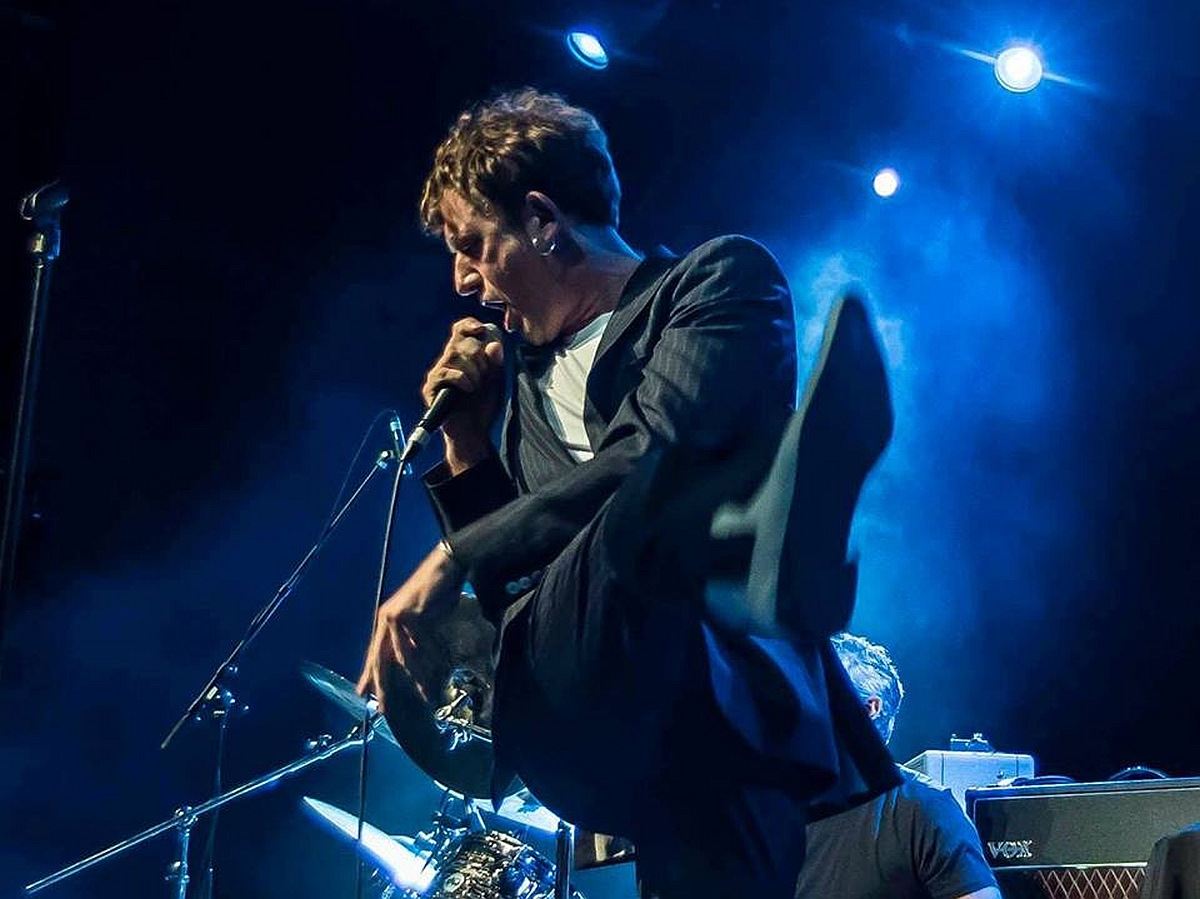 As My Life Story hit the Arts Club Getintothis’ Dan Bundy was there for a nostalgia trip.

“Are you having a weird evening, Liverpool?” asked Jake Shillingford, to his assembled devotees at Arts Club.
A little. Sure.

With a stripped back line-up playing B-sides and hits, last night’s My Life Story was punctuated by two distinct halves. The two openers, who unjustly played to a dead room, and the mid-90’s cult favourite who brought the crowd with them on the next stop of their Deflowerer Tour.

It’s hard to nail down quite why the room was so empty early on but beneath the severed dummy heads and with the smell of baked bread lingering in from somewhere else, a sense of deflation filled the room until the headliners arrived. Neither opener introduced themselves.

There was no reference to the night’s event nor any attempt to create atmosphere. Even before the first band came on, the mobile phone plugged in to play filler music finished a playlist and went silent twice, as well as having a song cut off by an inbound call. It felt like everyone wanted to give up which was a shame because when the bands got on stage, they were both really enjoyable.

The first act – Reid Anderson – a violinist and acoustic/singer combination, opened with genuinely beautiful music. “We’re gonna’ play a few songs before the noisy people come on,” said the singer, before starting their set. His powerful, resonant voice carried songs like ‘Lonely Boy‘, ‘Your Lullaby‘ and ‘23 Skidoo‘, inspired by a “shit film about The Titanic that wasn’t Titanic”. The violin added the haunting, sombre quality only a violin can and helped bring the songs to life, even if it was very different from the two bands to follow.

Next came Beaten John Lip whose four piece hard rock and full smiles tried to make the most of an empty room. For about twenty minutes they played upbeat tracks, hard and swinging with the guitarists marching about and getting in each other’s faces, until “Right. That’s all the happy shit. Next half is different. It’s all in Spanish.” It wasn’t. But it was solid, crisp hard rock and brought some much needed energy to the room.

Jake, to his credit, can pull off stage acrobatics better than some singers half his age and while his desire to bring back harpsichord solos might not catch on, the room knew the words to every song, a testament to the band’s enduring songwriting.

‘Neverland‘, ‘a song Robbie Williams asked to cover but then didn’t‘ and ‘Sparkle‘ got the couples in the crowd swaying and singing to each other. ‘Strumpet‘ didn’t, but got them jumping instead. This was a night for a versatile voice, improved with age and boosted by the incredible enthusiasm of his touring band.

For many, My Life Story was a nostalgia trip, but even without the full orchestra they make a fun evening and will continue to do so for the rest of their tour. They’re well worth checking out.