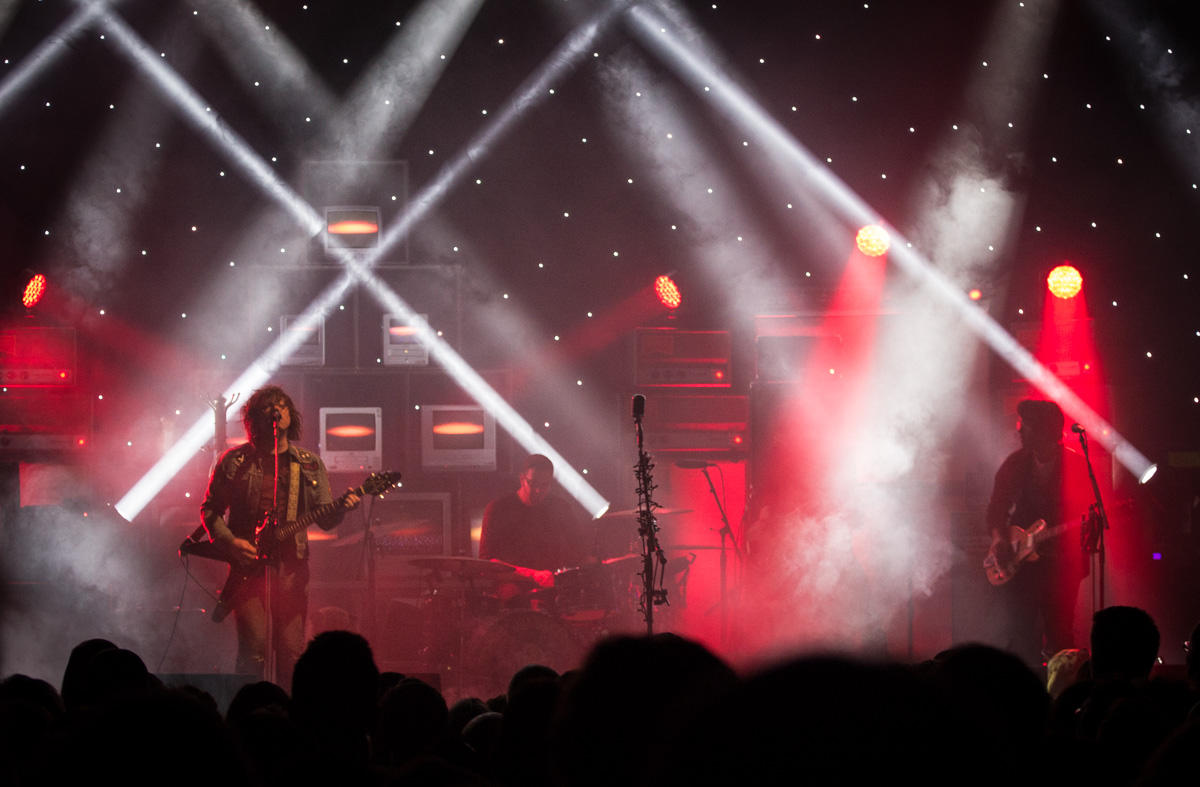 As Ryan Adams took to the Manchester Apollo stage in a cloud of incense, Getintothis’ Paul Fitzgerald was there to see which version of the denim clad rocker would appear.

Wafts of thick, sweet Catholic incense filling the room, a few strategically placed stuffed tigers, U2 Zoo TV style piles of TVs all over the place, a seriously stressed out guitar tech, comedy oversized amps, and a trip far too close to the edge of the stage were the order of the day as Ryan Adams quite literally rocked up at Manchester‘s greatest rock venue.

Getintothis was one of only seven members of the audience not wearing a patched denim jacket as we joined the assembled worshippers for whom Adams can do no wrong (while they know full well that he’s perfectly capable of doing exactly that).

Let’s have it right. When Ryan Adams is good, when he’s at the top of his game, he’s incredible. He absolutely owns his space and his place figuratively, musically and physically. He knows what to do, and exactly how he wants things to be. He is in control, and it works. Really works.

When he’s less on the mark, though, he does the strangest things, has some dubious ideas, makes the daftest bloody decisions and leaves you puzzled and arguing all the way home down the motorway. We shouldn’t be surprised. He’s Ryan Adams, that’s what he does, its who he is, and its been that way for a couple of decades. Thems the breaks.

One thing we agreed on as we barrelled our way along that motorway to the gig, is that those days where you couldn’t predict exactly which Ryan Adams you were gonna get, The Ryan Adams gig Lottery? They’re gone. He’s been through the mill, it took its toll, but generally, he’s out the other side, cleaner, fitter and stronger.

That much was more than clear in his powerhouse beginning of Do You Still Love Me, To Be Young (Is To Be Sad, Is To Be High), Gimme Something Good and This House Is Not For Sale. It was a fool around set, hewn from this intriguing career, with a handful of Cardinals songs such as Halloweenhead given a ride out. (In the case of this song, we’re bound to ask…why? We’ll never know. Its so far from a strong Ryan Adams song. But we speculated that he played it for a laugh, as a pisstake. In which case fair play, Ryan)  “I got a bad idea again”, he sings. Well…erm, yeah.

He strolled to the front of the stage, guitar-less, to perch on a small box for a strange and frankly uncomfortable version of Broken Anyway. A classic daft decision.

Awkward and almost completely still, this was real rabbit in the headlights kinda stuff. And those members of the audience who were at that fateful 2004 night at the Royal Court know only too well that his people should really consider telling him to stop him walking anywhere near the front of the stage.

While the church incense was regularly refreshed, and the guitarist and his guitar tech bravely battled some serious technical issues, the rest of the band ploughed on. He seemed content to rock even the most tender moments up, leading to a screaming feedback face-off towards the end of a re-imagined version of When The Stars Go Blue.

And this was the thing. He enjoys rearranging the big songs, changing it up a little, and delivering something else, adding and taking away all the time.

Adding that extra weight to songs like the Springsteen flavoured I Just Might and Invisible Riverside works too. Although, it would’ve worked a hell of a lot better if the guitarist’s pedal board was playing the game too. We felt for him, with Adams and the rest of the band clearly having a great time around him, his frustration was clear.

I Love You But I Don’t What To Say was an undeniable highlight. A beautiful moment, stretched out over harmonica chords, Hammond organ builds and a truly twisted guitar solo, it led the way towards another powerhouse climax of New York, New York, Come Pick Me Up, and the full on, dry iced, Spinal Tap, overblown, overthought and absolutely magnificent Shakedown On 9th Street.

As the entire stage, and much of the theatre for that matter, disappeared in a cloud of smoke, and the final chords crashed out, we hung about convinced that he’d appear for a Husker Dü cover in recognition of the passing of drummer and co-founder Grant Hart earlier that day. He didn’t. And we thought that strange. But, hey, that’s the duality, the contradiction and juxtaposition of a Ryan Adams show for you. Thems the breaks.

Oh. And no Answering Bell. Another bloody daft decision.

Not enough attention was given to Karen Elson earlier, but with a hardened crowd of denim clad devotees waiting their idol, that’s not entirely surprising. Her album, Double Roses is a great piece of work, which may have been a little lost here on this chatty and excitable crowd, in this big venue and on this night. 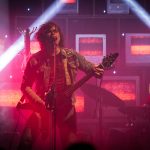 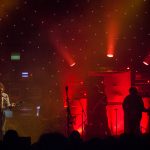 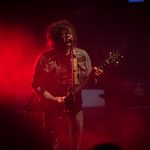 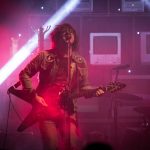 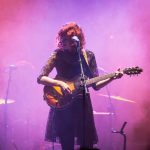 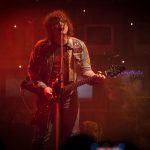 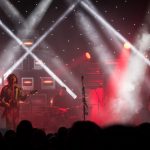 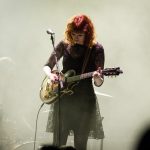 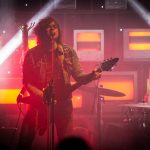 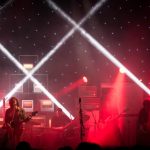 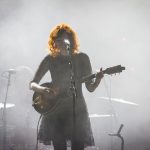 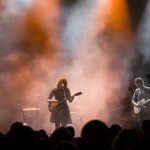