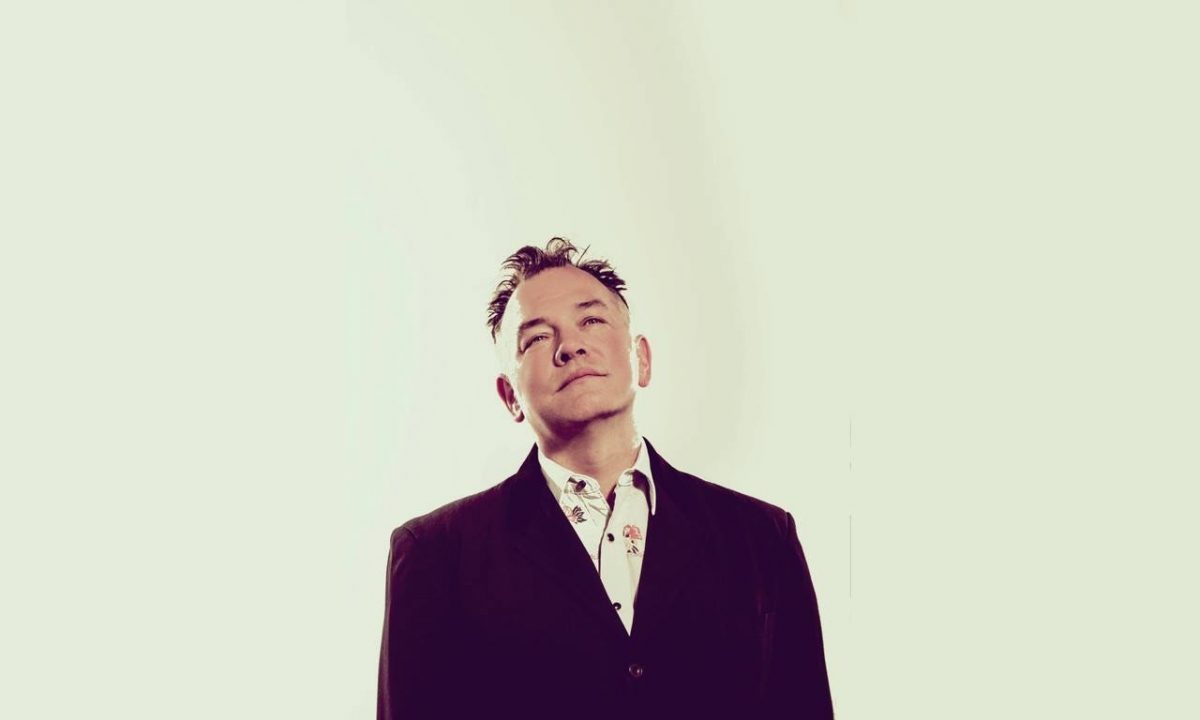 Stewart Lee brings his Content Provider tour to Liverpool’s Philharmonic and our man Banjo was there.

There was a time in the mid-90s, when a popular theory emerged that comedy was the new rock n roll. This idea emerged when Newman and Baddiel became the first comedy act to sell out Wembley Arena, arriving on motorised skateboards to roars and applause from the arena-sized audience.  In truth, Rob Newman did look something like a pop star, his long hair and 90s outfits making him look like a lost member of The Wonderstuff, and the popularity of the duo’s sketch show with the era’s indie kids saw them grace the front covers of the NME several times.

Since their ground-breaking arena shows, comedy has continued to sell out the country’s larger venues, albeit with less fanfare than Newman and Baddiel generated.  As it turns out, comedy wasn’t the new rock n roll, but it did go through a huge increase in popularity, possibly as a result of its new habit of referencing the pop culture touchstones of the time. This phenomena has since increased by the surge of panel shows featuring a rotating cast of 20 or so comics, of differing levels of skill, ability and funniness and all appearing on each other’s  TV programmes.

This has led to something of a cosy circle of comics, who are blessed with a generous amount of TV exposure and thus see their profiles rise ever higher, resulting in perhaps underserved arena shows. I am thinking here of the terminally unfunny Micky Flanagan, the lightweight Russell Howard and the king of the pointless-but-smutty one liner, Jimmy Carr.

At the other end of the spectrum to this cabal of mutual promotion is Stewart Lee.  If comedy is equivalent to rock n roll, Stewart Lee is The Fall – the awkward, perpetual underdog refusing to play by the rules but still with a loyal audience.  His considerable ire is directed as much at other comics as it is at more predictable stand up fare such as Brexit and Boris Johnson.

Lee’s TV shows have undoubtedly added to his popularity but have not dulled his edges or turned him to the mainstream, as anyone who saw the last series of Comedy Vehicle can attest.  One show in this series was mostly taken up with Lee smacking his lips in an imitation of Ron Liddle listening to a tape recording of himself eating a poppadum (maybe you had to be there).  He told his audience that the more the laughed at the noises he was making, the longer he would keep doing it.  This he did until the episode faded out with Lee still doing little more than imaginary eating. His shows are proof that he can turn his hand to surrealist comedy as easily as the indignation he is perhaps more known for. 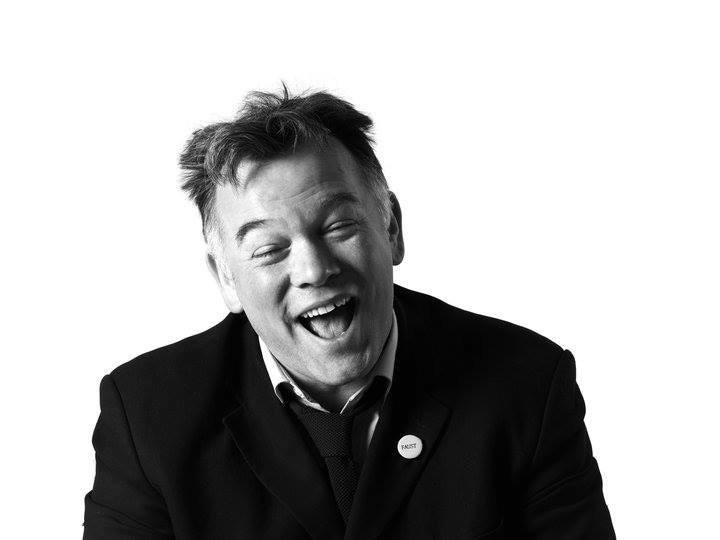 One of the more curious aspects to his live performances is the way he will deconstruct a joke, tearing it apart line by line and then showing all the cogs and wires of it to the audience, explaining why it is or isn’t funny.  Sometimes he will even do this before telling the joke.  His genius lies in the fact that he can do this and still make the audience laugh at the joke’s payoff.

He also operates a curious ‘divide and rule’ approach to his audience, whereby he will congratulate part of the audience for laughing at his jokes on time and then berate the rest for not being up to speed. The permanent twinkle in his eye and his mischievous smile allow him to get away with this without a hint of losing his audience.

Lee has the ability to see the absurd in the modern world and can use his considerable bile to make clear the absurdities of current events. His starts the show by expressing his disbelief that Boris Johnson is ‘the actual Foreign Secretary of a real country that exists and not just a puppet Foreign Secretary there to distract us while the real work is done by an east European locked in a cellar” He goes on to predict that Johnson will one day be Prime Minister, as Theresa May was put there by the powers that be as a kind of mouth wash, “to cleanse the palette before being asked to swallow a mouthful of human shit”

At times, he does come across as something of an old man raging against the modern world’s technological advances, with mobile phones and the Internet coming in for particular flack. In all of this though, he does have sensible points to make that are sometimes far removed from comedy.  He tells a tale of visiting Liverpool’s Probe Records, in pre-Internet days and at a time when he used to carry a list of the 50 records he most wanted to own.  He explained how he would spend time trying to track these down and how he felt when he was finally able to tick one off the list.  And then, when he first had the Internet at home, he was able to download them all on his first online afternoon, but that they had somehow lost their value due to them being suddenly so easy to find.

In the second half, Lee blasts selfie culture as people turning the world’s most magnificent views and structures into nothing more than “a backdrop for their own narcissism”.

His savage humour is also turned inwards for some genuine self-deprecation, as if sometimes, when casting around for targets for his bitterness, he sees only himself and still unloads both barrels. Casual to the point of scruffiness, Lee is dressed in jeans and a t-shirt tonight and even so pulls down his jeans to reveal an overweight man in grey boxer shorts.  He does this to show he has lost weight , in response to a tweet where a follower said they didn’t find him funny anymore, they were just going along to see how fat he’d got. It is hard to imagine the likes of Jason Manford or Tim Vine laying themselves so bare, physically or metaphorically.

Lee is also someone who sees and values the craft of comedic writing, believing that it should have a point to make, a cohesive flow and a narrative structure, the same as any other form of writing. Those who ignore this and treat comedy as a string of gags, one liners and non-sequiturs are reserved a special place in Lee’s circles of hell.

To illustrate this, the backdrop for this tour, Content Provider, is towers of DVDs by his comedy ‘peers’ that he managed to buy online for 1p. He takes great pleasure in the fact that the collected works of more ‘successful’ comics are so soon reduced to almost valueless artefacts and takes a wild kick at one tower before stamping over more of them scattered around the stage and smashing them into pieces with the heel of his boot.  A more physical rendering of Lee’s oeuvre it is hard to imagine.

The fact that the cheapest he has been able to find his own DVDs online is £3.56 is, in Lee’s world, proof positive that he is 356 times better than they are. On the strength of tonight’s performance, it is difficult not to agree.