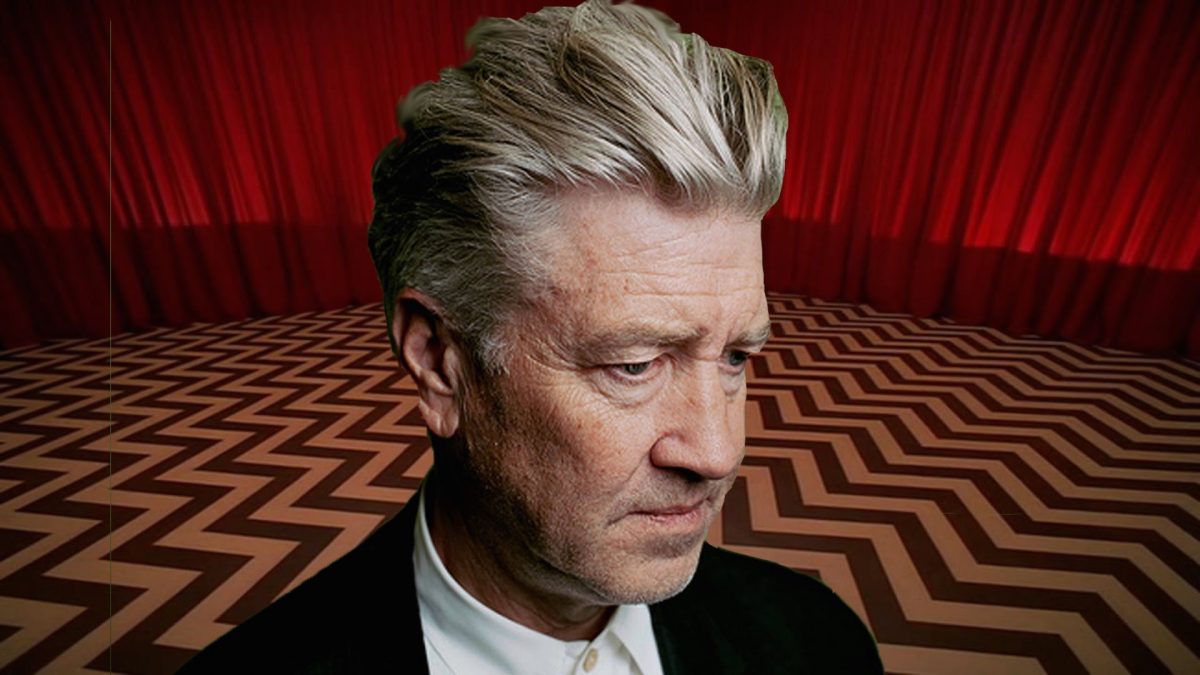 David Lynch’s incredible career has been crowned with Twin Peaks: The Return, and Getintothis’ Mike Hill celebrates with his top five Lynch moments.

If Twin Peaks: The Return turns out to be David Lynch’s directorial swansong it leaves a magnificent finale to an extraordinary cinematic career.

Across the summer long series everything aspect of what has made the film maker so cherished by fans was beautifully woven into an offering which was almost worth the 25 year wait.

When the original Twin Peaks aired it was considered so ground breaking because it mashed genre so effortlessly in a way never done before. Putting elements of soap opera, police procedural and romantic comedy into the same programme was unheard of a quarter of a century ago.

Add horror, mystery, surrealism and storylines which do not conform to traditional arcs and provide closure, could he surprise followers again?

Well casting a green gloved hero straight from the pages of a Marvel comic and dropping in both characters and storylines with no conventional narrative purpose continued the theme of the first outing. And the musical interludes like a scene from Top of the Pops. Different.

But it never felt like he was doing things just to conform to what is expected of David Lynch the auteur.

Career obsessions with, for example, electricity play a key – and natural – part in Twin Peaks.

The same can be said of sound – the director was also credited with sound design on the show’s titles – among other style flourishes.

It is not clear whether the 71-year-old will step behind the camera again but there were enough nods to his 40 year career cast through the series to suggest it marks the closure of a cannon.

There was even a proto woodsman lurking behind a diner in Mulholland Drive.

Undoubtedly most touching of all was the casting of actors who knew they were seriously ill, as he had with Richard Farnsworth in The Straight Story.

Was there a more powerful moment than Catherine Coulson’s Log Lady telling Hawk she was dying knowing the actress had passed away since the scenes were shot?

From The Elephant Man and beyond Lynch has always been a master of the heart rending.

All of these echoes – and more – celebrated the career of a filmmaker in a subtle but heart warming way for the enthusiast.

Anyone unhappy with Audrey Horne’s baffling late arrival in the series misses the point – this was not a band of ageing rockers wheeling out old favourites for an easy cheer. Hurrah, there’s Audrey now can we have the good Dale back?

Not every director gets their name afforded adjective status but not everyone conjures up leitmotifs like the Eagle Scout from Missoula, Montana.

So if this is the end – and let’s hope it is not – then what are the five most memorable Lynchian scenes of them all.

Lynch has always loved the music of his youth from Bobby Vinton to Elvis Presley to Roy Orbison and Otis Redding, and The Platters in Twin Peaks: The Return.

He has also been partial to a bit of dancing in his films whether it is Audrey Horne in the Roadhouse or Sailor Ripley in the desert.

But there’s no doubt which is the most bonkers, now you see it now you don’t, dance scene and that comes in Inland Empire.

A group of prostitutes, dubbed The Valley Girls by Lynch, lounge around discussing a broken relationship while nearby a train wails.

Out of nowhere one of the girls sings a line from The Locomotion, “You gotta swing your hips now” and they all click their fingers in unison.

And so far it is all very Lambrini girls advert.

Then they all admire one of the group’s naked breasts – not so Lambrini girls – and, in a blink of an eye, they are line dancing in formation to the Little Eva hit.

As the pop song plays there’s a barely discernible, sinister Lynchian soundscape playing beneath the bubble gum lyrics as the nine girls work through their choreographed routine in the glare of a trademark Lynchian strobe.

Then in a blink of an eye they vanish and the song abruptly end. The room is empty and the soundscape fades out.

There are loads of strange vignettes strung out through Inland Empire but this one is hilarious, jaw dropping and unsettling at the same time. Very Lynchian.

Red drapes, billowing dry ice, people vanishing before our eyes and all of this in the very same cinema The Fireman set free his golden orb in Twin Peaks: The Return.

But the echoes from Club Silencio go back further with a nightclub chanteuse, an audience utterly beguiled by the songwriting gifts of Roy Orbison and 15-year-old memories of Blue Velvet.

This scene does not need the frames of reference a Lynch buff brings to proceedings to stand out as one of the director’s most memorable.

The camera tracks through swirling leaves up an alleyway as we join Betty (Naomi Watts) and Rita (Laura Harring) passing beneath a thin, blue neon sign to a sparsely populated theatre. We find ourselves in a place teetering between dreams and nightmares.

Indeed the lovers have left the sanctity of bed in the witching hour to head out into the Hollywood night.

The pair watch as Rebekah Del Rio sings Orbison’s Crying in Spanish without any musical accompaniment and are brought to tears.

When Del Rio faints and her singing is revealed as a backing tape neither Betty nor Rita seem to notice, their gaze reduced to a thousand yard stare.

Without uttering a word this most mysterious of films pivots. Beautiful.

Across the weird and wonderful 18 hours of Twin Peaks: The Return undoubtedly the most unforgettable was the eighth.

The world went black and white as all of the strangest characters we had already encountered along the way took centre stage, along with one or two new faces.

The most mesmerising of which looked not unlike a grubby Abraham Lincoln and first stumbled out of the night on to a desert highway in search of a light for his cigarette.

But it is the last 10 minutes which was the real show stopper as this particular woodsman singlehandedly took over a radio station, killing those he encountered with just one hand while unsuspecting listeners enjoyed The Platters’ 1956 version of standard My Prayer (The Platters featured a David Lynch in the line up).

He then commandeered the studio microphone, by now his face looks like it had been washed with crude oil while his quest for a light for his cigarette remained unfulfilled.

As he repeats an incantation with echoes of the Fire Walk With Me chant over and over into the ether those listening to the radio station collapse as if put to sleep by a stage hypnotist.

Oh, and a strange hybrid moth-frog creature crawls into the mouth of an all American teenage sweetheart as she lies unconscious on her own bed.

Spellbinding no matter how many times you watch it.

If ever a song could have been written for a David Lynch film then it is Roy Orbison’s 1963 ballad In Dreams with its lyrics of lost love, heart-achingly reunited in a dream.

Little surprise it should pop up in one of the director’s fever dreams but the circumstances were perhaps not so easy to predict.

Stage right, Ben dressed, as Michael Atkinson puts it in the BFI guide to the film, like a “tanked up, made-up, gameshow-host outfitted, pansexual ghoul” grabs a stage light for an impromptu microphone.

Like the worst of party guests Booth takes over the cassette desk and, predicting the choice of music, Ben flicks the switch on his microphone/light to illuminate his face and right on cue starts lip syncing to the Big O. It is almost like he’s done it before but the viewer has almost certainly never seen the like.

Despite the cast of oddballs in the room all eyes are drawn to Booth and Ben in a moment of near voyeuristic intimacy.

Stockwell lost in reverie, Hopper rapt at his friend performing just for him and the cinema audience agog by an interlude of non-telegraphed brilliance.

And so the weird Americana oeuvre was born.

So you are at a party, fixing a drink when you are accosted by a stranger with a ghostly pallor who claims to have met you before.

Not only that, he insists that meeting took place at your house and, in fact, claims he is there right now. At your house. The man you are looking at. It would certainly capture your attention. To prove this unlikely claim the mystery man then invites you to dial up your house on a mobile phone whereby, low and behold, he answers your home phone. Disturbing? You bet but it is the suspense embroidered in an instant which casts the scene as Lynch’s finest.

Robert Blake’s Mystery Man is the embodiment of Lynchian menace and it is the slight changes of facial expression throughout the chilling exchange which make this the stand out scene from a movie not short of ‘what the hell just happened’ moments.

The unsettling shift from warm welcoming smile to cold glare to spine chilling laughter is a work of genius by actor and director alike. While Fred’s (Bill Pullman) disorientated anger is as perfectly observed as it would be if it just happened to you. Simply brilliant.