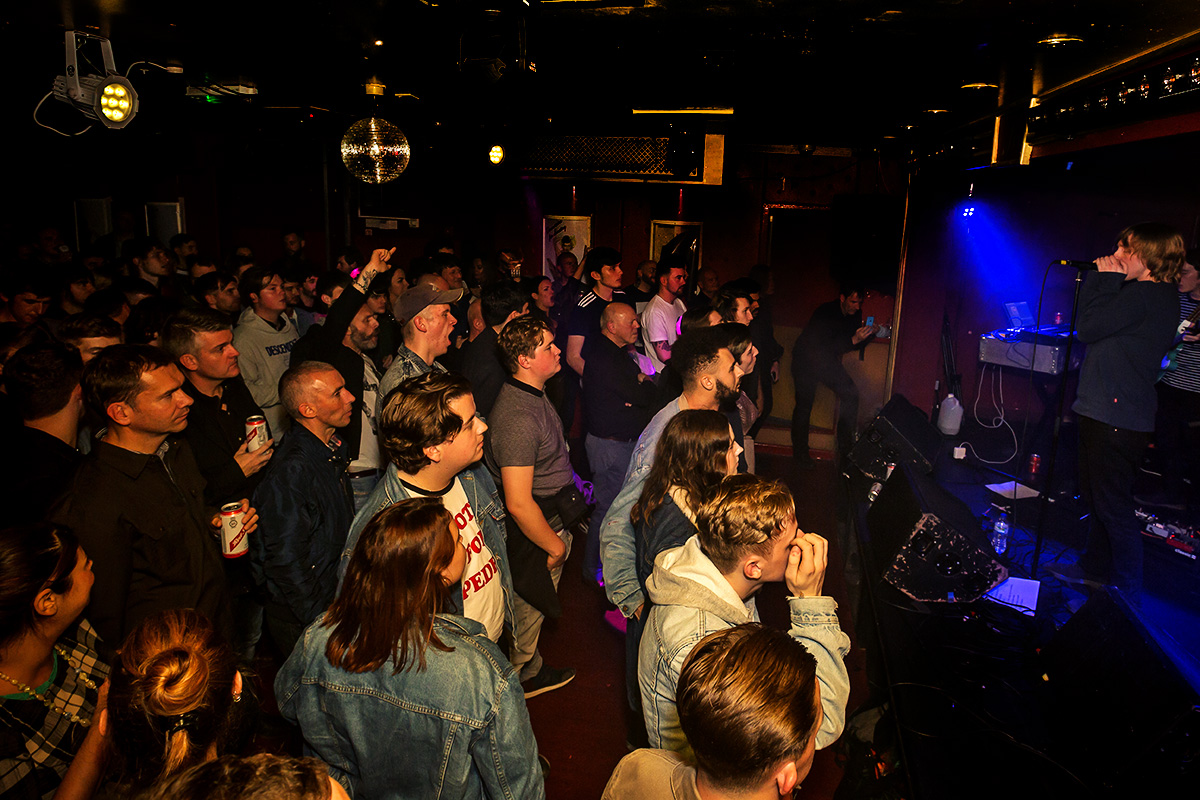 As The Vryll Society played the last of their three Magnet residency dates, Getintothis’ Mark Rowley joined them for a sacred flight to deep blue skies.

While totally immersed in the throes of recording a debut album (which guitarist, Ryan Ellis assures is almost halfway there), the three Magnet residency dates, arranged courtesy of ClubEVOL, have provided The Vryll Society an ideal opportunity to rise up for air and play some of their newest, unreleased recordings to live audiences.

And of the three nights, this was both the best performance and most packed.

The lads eagerly took to the stage and immediately exuded great confidence, showing they are highly adept in their craft throughout the performance. Ably supported by their sound technician, the noise was a perfect rhythm.

During a set lasting approximately 50 minutes, the band showcased a total of six as yet unreleased tunes, amidst their better known numbers. Beautiful Faces was cleverly used as a mid-set peak, before bringing things down a notch to play some newer songs.

There was guitar effects experimentation aplenty whilst singer, Mike Ellis pulled off some remarkable Kevin Parker-inspired falsetto vocals, in a couple of the soon-to-be-released tracks.

Beyond the next four weeks or so of hard slog in the studio, there most definitely is a light at the edge of the world; and on this showing The Vryll Society’s first album, due out in January 2018 on Deltasonic Records, will be without doubt a wonderful celebration of artistry, hard work and self-realization.

For all of the three residency nights, there have been three support acts for each show. On this night, support was from Rongorongo, Bribes and Peach Fuzz.

Peach Fuzz opened proceedings with a powerful set of psych-tinged rock, which was warmly received by an appreciative audience. Their total number of shows to date can still be counted in single figures, but their solidity as a unit tangibly increases with each performance.

Talented front man, Nathaniel Cummings is clearly the creative force within the band, but his backing musicians are of the highest calibre. Signed to Skeleton Key, Peach Fuzz has a headline show and single launch later this year.

Next up were Liverpool 3-piece, Bribes, who have the look and demeanour of a band that has been around the live music circuit a good while, despite only forming around 12 months ago.

Having already supported The Lightning Seeds and played at Sound City, their sound is sleazy, blues rock ‘n’ roll, played with a super-tight rhythm that at times resembled the throb and thunder of Royal Blood. Tonight’s support slot was a perfect opportunity for the band to impress a wider audience, which they grasped fully.

Main support on the night was provided by Rongorongo. Introducing themselves as Gloria Estefan and the Miami Sound Machine (a recurring theme), the 6-piece quickly set about conquering a receptive Magnet crowd.

Lead singer, Mick Chrysalid is very much the central attraction. His charisma and stupendous vocal performance, together with his ‘mechanical pulley-system’ dance routine, was as mesmerising as it was infectious.

It provided the perfect foil for remaining band members to inconspicuously get on with the not-so-simple task of producing Rongorongo’s wondrous sound. Covering subjects as diverse as dredging in Carmel Dam to Donald Trump ‘pink eckies’ between songs, Mick captivated our gaze and never once let our attentions become distracted. 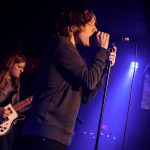 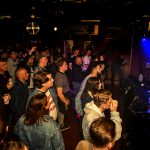 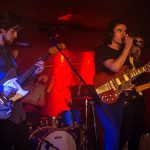 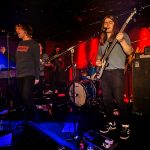 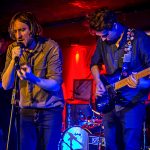 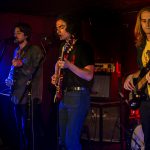 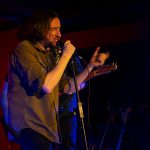 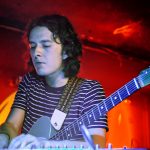 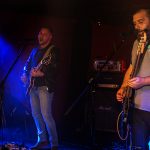 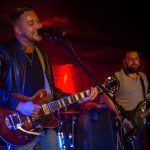