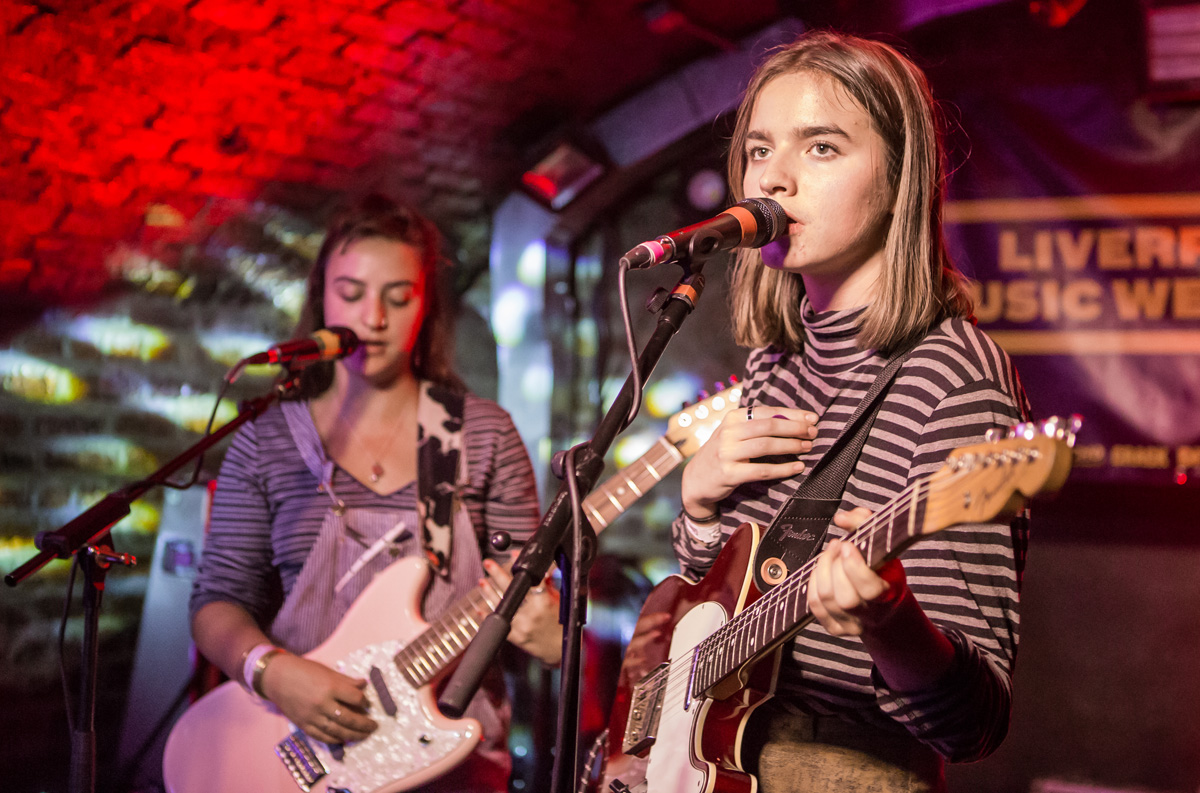 As Liverpool Music Week soldiers on to its final few shows, Getintothis’ Lauren Wise catches the latest that the DIY Breaking Out strand has to offer.

Walking into EBGBs to witness some brand new artists means you could be met with any number of different acts as soon as the door closes behind you.

However, the last thing we might have expected was the absolute chaos that the Wild Fruit Art Collective had to offer. Not only is their music a step into a psychedelic cross between ritual chants and warping distortion, but their live show is an utterly unique experience that could only occur once.

As the four-piece’s frontman takes audience participation to a new level by passing his guitar to an audience member, an unknown ‘fifth member’ takes the stage, using his fame too peel an orange in a particularly satanic manner.

Amongst these bizarre happenings are the drummer’s rolling backbone, making everything seem like an elaborate part of an interactive art exhibition we’d all missed the invite to.

While everything was particularly obscure, none of it seemed out of place amongst the band’s underground psychedelic sound.

In perhaps direct contrast, following them is Mincemeat, an exciting three piece with a great energy.

When reviewing a gig, it can be easy to get in your own head during a performance and worry so much about what you’re going to write that you miss the actual performance. Mincemeat wouldn’t allow this to happen. Each instrument clamours for attention, but not in a sloppy way.

While the frontman could have fallen straight out of Mac DeMarco’s wardrobe, there was none of the meandering soul to be seen in their set. Instead, everything was a tightly knit rock, the kind of galvanising music you don’t expect to come across on a weekday night.

Recap on all the Liverpool Music Week happenings here

As a tight knit team they capture every member of the audience’s attention and the guitarist’s unconventional style offers something refreshingly different.

Next up is Shy Billy, an brilliantly talented Liverpudlian four-piece who weren’t afraid of showing off their skills.

Their set is filled with a highly fuelled energy difficult to match in any circumstances. Luckily however, no talent is compromised and they manage to hit the sweet spot in between feisty rock solos and complimentary melodies.

Their onstage chemistry is palpable as they truly seem to enjoy themselves when performing. Interacting with each other and the audience just enough, they contribute an electric energy to the underground room.

Each band member seems to contribute a completely different style, which feeds into the music creating a flattering construction rather than a mismatched jumble. Although their genre is predominantly rock there are undertones of different decades along with some more modern influences, leaving the audience with a need for more.

The final act of the night is the highly anticipated Goat Girl. The usual four-piece band tonight are up to five tonight with the addition of a violinist, adding bit of class to everyone’s Wednesday evening.

Having appeared on the cover of BEAT magazine and following their signing to Rough Trade, it’s clear that there’s an unescapable allure to their music, which this reviewer would put down to the lead singer’s distinctively mesmerising vocals. While so many vocalists strive hard to put on a false accent for the sake of distinction, when something sounds so natural yet different it’s an exciting find in anyone’s book.

Goat Girl clearly take influence from 90s female grunge bands, as they sound exactly what you might expect a 2017 version of Elastica or Garbage to sound like; toned down with a darker twist.

Quickly becoming a favourite in it’s own right, Country Sleaze was understandably the song of the night with its intermittent bouts of instrumentals, allowing focus to land on the lead singer’s gothic lyrics and haunting tones. 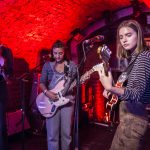 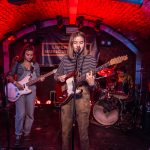 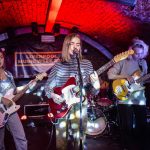 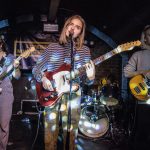 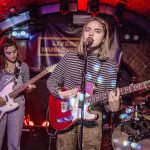 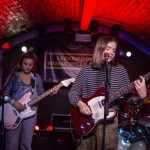 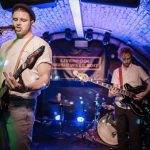 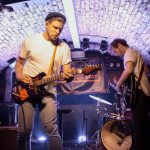 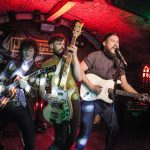 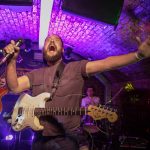 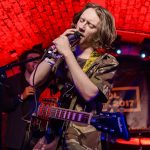 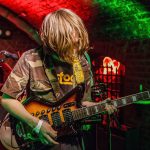