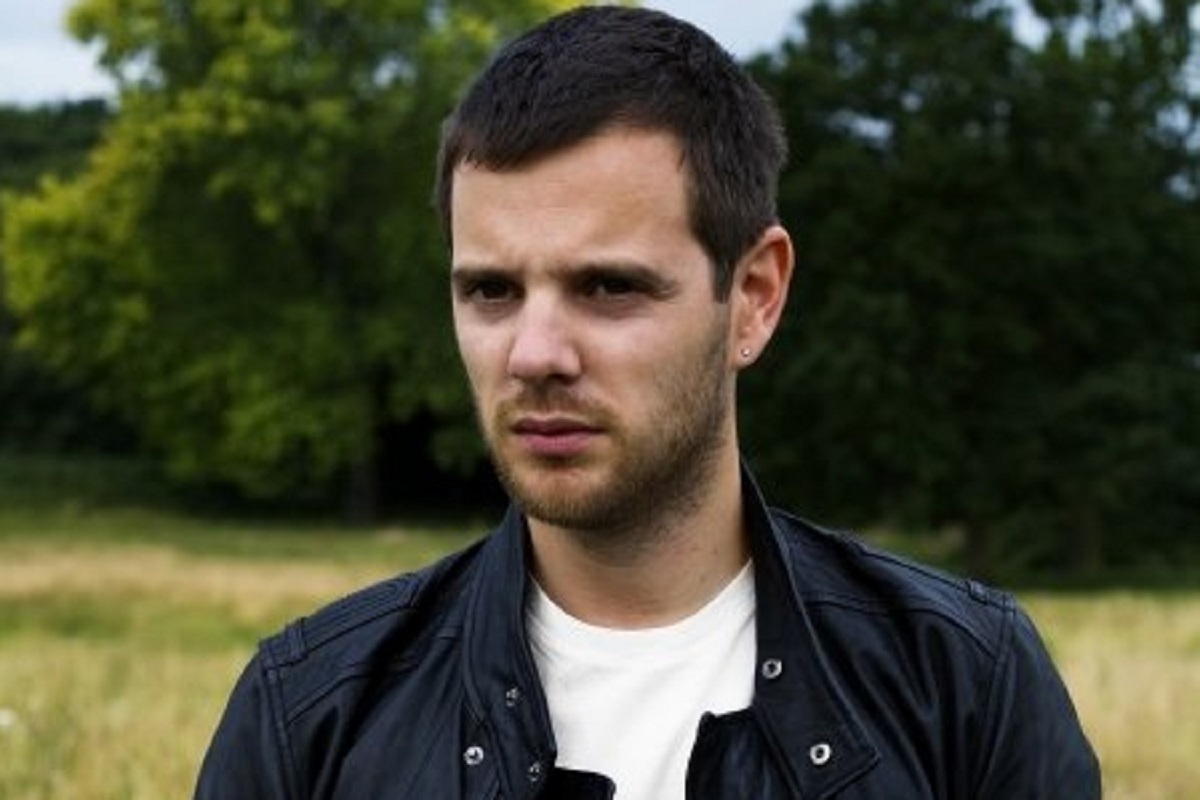 The Streets are back, Getintothis’ Lewis Ridley takes you through the songs that sound tracked early 21st century urban life and their standout lyrical stories.

The Streets are back. The classic album reruns have been out in abundance and out of a shadow cast in 2011 when they toured their last album Computers and Blues, Mike Skinner has on his terms, ‘spoken to the band, told them we need to sing old songs.’

Not only are they armed with a backlog of cult classics, they’ll also have in hand some new material, namely December’s Burn Bridges two-track release. One might argue it’s not quite up to the standard he set with his earlier, a select few from those might say it falls short of his more recent project as The Darker The Shadow The Brighter The Light.

With a return to recording comes live dates, of course, they’ll tour from March 2018 with 7 dates around the UK including three consecutive nights in Brixton, burning up. They’ll then take to Europe and play gigs in Berlin, Amsterdam, Paris and a couple of nights in Dublin’s Olympia Theatre.

The Streets seem to have bridged gaps in music, Skinner now sits firmly in the grime scene with the likes of Wiley, Kano but also heading up bass nights with Murkage, notably Tonga which will provide the foundations for some wild after-parties after each of the tour dates. I for one can account for crossing this bridge.

Equally, earlier Streets sounds appealed to the NME generation that was otherwise entwined in the birth of The Strokes and The Libertines back in 2002 when they released their seminal debut Original Pirate Material. It’s from this vein that I found them, and a single appearance at Kendal Calling in 2009 remains my only experience of them in full flow, that’s until this coming April, nearly a decade over – maybe wiser.

Towering Inferno is the name of a 1995 work by German artist and photographer Rut Blees Luxemburg, but it is best known now as the cover of that first Streets album. That iconic Streets album. Wherever I may be, the sight of a square-faced tower block still sounds like Original Pirate Material.

A night-time short of Kestel House on London’s City Road emits the sound of the underground, and the likelihood is had this shot been taken 15 and a bit years ago, behind each misted window would be the sound of Skinner over sharp orchestral violin of Turn The Page and the rest of one of the best debut albums of the 21st Century.

Grenfell Tower and the contempt the government holds us all in

As for now, and as a measure of Skinner work, those tunes will still spin in London high-rises, in native Birmingham, in Manchester’s clubs or in student houses in the early hours of one Saturday, Sunday, or Wednesday morning.

2004 came with the arrival of A Grand Don’t Come For Free. Sven Goran Eriksson’s England team were preparing for another disappointing European Championships in Portugal. In preparation for watching France’s Zinedine Zidane slot home a free-kick and a penalty in added time to flatten England in the group stages, or the eccentric Ricardo ripping off his goalkeeping gloves to beat David James in a quarter-final penalty shootout, fans may have been simmering in the sound of Fit But You Know It.

The holiday anthem that receives only a small amount of the praise its’ lyrics deserve, but drop it this summer and it’ll sound brand new.

The story of the album itself, £1000 missing from Skinner’s home, may not be as dramatic as Greece reigning supreme as underdogs in 2004, but is a shoe-in for one of the best ‘rap opera’ albums ever.

Fast-forward a couple of years and to The Hardest Way To Make An Easy Living, 2006 and another shit international tournament performance.

SIng when you’re winning-the history of the football anthem

Portugal again, as consistent in crushing the hopes of English supporters as Skinner and co. were in producing albums that told the tale of the British working-class emotional spectrum. Take Hotel Expressionism, and the rock and roll attitude to trashing an apartment and compare it to the tear-duct twitcher We Never Went To Church. Thus lies the diversity of The Streets.

Everything Is Borrowed was 2008’s release, and England didn’t even qualify that year. The picture of a waterfall links best to On The Edge Of A Cliff, but the pick of the tracks is the title track. The short story of bailiffs and financial struggle with a philosophical tone, it’s near-perfect.

Skinner has said that there was a huge amount of material pulled away from the finished LP, maybe for a rainy day that may come soon. It’s a peaceful album, no doubt, and one might believe he was coming to terms with the end of his project. The penultimate album, only he knew then, but it was a record that balanced the antics with style, thought, and a smile.

In contrast to Original Pirate Material’s high-rise tower block, the artwork is a shot of university halls of residence, East Anglia to be exact. A red neon light shines from one of the Norfolk Terrace rooms as Skinner delves into the world of online love in OMG with the voice of Laura Vane.

It was his only album on the now Warner-parented Atlantic Records, and the last of The Streets albums, confirmed by Skinner even before release. Perhaps he was tired, perhaps he truly “hadn’t got anything more to do”, as he told The Guardian back then.

It’s proved to be a good decision, his varying aliases have allowed for greater variation, entrepreneurship such as the aforementioned Tonga nights. But more so, it has allowed for The Streets to rest, for the dust to settle and to revel in the nostalgia of those early recordings, feel the growth on urban pavements and sky-high flats, and make this return all the more sweeter.

So what of these ‘old songs’ he mentioned, and which ones might feature?

Above the violins, in the air above thousands of heads in each venue, mine will pick out some of the words Skinner has penned that are evergreen, and resonate eardrums. So for now, ahead of that, with one for each date in 2018, here are the 12 best lyrics by Mike Skinner as The Streets.

A tale of social media when it was only just starting out, when Facebook relationship statuses were gospel, and as Skinner explains perhaps over actual dialogue. It’s a nice touch, and a nod to the future, wondering why the girl he’s been seeing has changed her status to ‘in a relationship’ and finding a nice surprise. (Among the normally ignorable requests at the right / I’d never have guessed a request so nice / Now if you look at my status I’m in a relationship too / With you.)

A poignant track, The Edge Of A Cliff looks back on a moment of difficulty. It’s the story of a man seeing another on the edge of a rock, by the end of the song our narrator is repeating the story to someone else in need. (And then the old man walked away and out of sight / Til the sound of him hiking turned to the sound of silence / I just froze in a profound surprise / And from down on my pride I found a smile to my eyes.)

How to open a debut album?

Like this, orchestral chords above a dub beat lead into a song lined with aggression, motivation and confidence. Only a minute into ‘Original Pirate Material’, Skinner is oozing with his lovable rogue style, (I’ll show you the secrets, the sky and the birds / Actions speak louder than words / Stand by me, my apprentice / Be brave, clench fists.)

It’s 2004, and domesticity is still on the parameters of the mainstream, and where fantasy romances and happily-ever-afters are still very much a focal point.

Here we have Skinner and his mates in a ‘greasy spoon cafeteria’ reflecting on the night before,  (Chattin’ shit, sittin’ at the wall table, telling jokes / Playin’ with the salt, looking out the window / Girl brings two plates of full English over / With plenty of scrambled eggs and plenty of fried tomato.)

Three tracks in to that debut album and ‘Let’s Push Things Forward’ appears, largely regarded as one of the best singles The Streets released.With perfect timing and a direct, straight-up style it’s vintage Skinner.

There’s a bit of swagger in there, of course, (I excel in both content and deliverance / So let’s put on our classics and we’ll have a little dance, shall we?)

This is Skinner is free-flowing excellence, same piano looping over.

In fact, it’s tricky to find a single lyric, it’s a track that has inspired further music, tattoos, club nights. It is perhaps the standout urban anthem from that first album. (Discover new worlds, look at my watch can’t focus / Last two hours are lost every move fills me with lust / All of Life’s problems I just shake off.)

The second studio album from The Streets tells the story of stolen money and through 11 songs we hear the story of betrayal, romance and breakup.

Here, in the opening track, we’re invited into a first date, awkwardness and all – it’s Skinner at his narrative best, (I looked at my watch and realised right then / That, for three hours, been in conversation / Before she put her phone down, she switched to silent / And we carried on chatting for more than that again.)

Yep, their most popular track by a distance, but unlike Oasis’ Wonderwall it’s actually hard to disagree. It’s heartbreaking, reassuring, and 100 other feelings condensed into gut-wrenching monologue as Skinner tries to come to terms with his breakup. The standout lyric being, (She pulls away my arms that tightly clamp around her waist / Gently pushes me back as she looks at me straight / Turns around so she’s now got her back to my face / Takes one step forward, looks back, and then walks away.)

2. Never Went To Church from The Hardest Way To Make An Easy Living (2006)

Portraying similar qualities to Dry Your Eyes is the emotional ballad of loss that is Never Went To Church.

Telling the tale of the loss of his Dad, this song captures reflection and devastation in equal measure; it’s another tear-jerker. (I guess then you did leave me something to remind me of you / Every time I interrupt someone like you used to / When I do something like you you’ll be on my mind all through / ‘Cause I forgot you left me behind to remind me of you.)

This time it’s an eviction from his home for our man down on his luck, with bailiffs tearing through his house he finds 4 minutes of reflection.

So there we have it, 10 the best of The Streets. Let’s hope that plenty of them to appear on set lists this year.