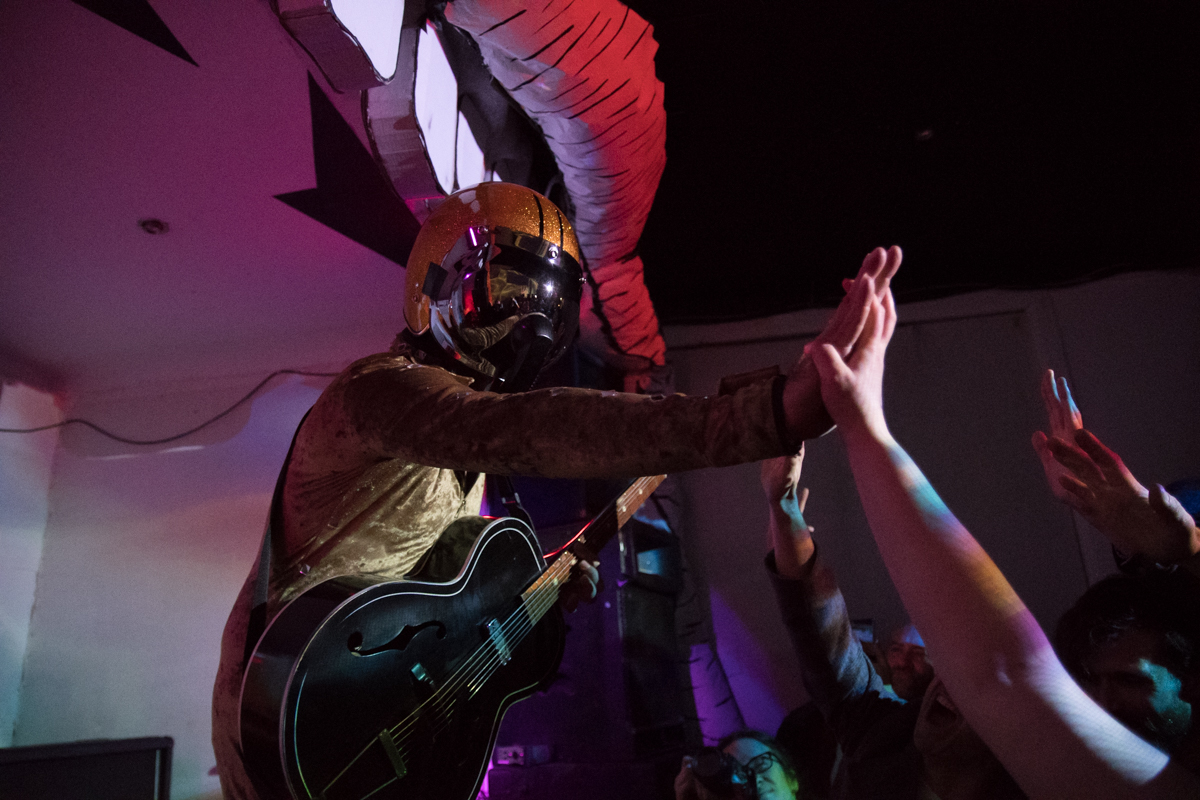 Bob Log III topped off a wackily wonderful night at Drop The Dumbulls and Getintothis’ Lauren Wise was there to bear witness to it all – the good, the bad and the ugly.
I thought catching Hookworms live was a step out of my comfort zone, but how little I knew.
Down at Drop The Dumbulls this Saturday it was a night of gimmicks, pure talent and hallucinations brought to life.
Up first were Long Finger Bandits, an obscure mix of people who create a theatrical atmosphere with their use of face paint and merging of visual art with music.
Their 20s-esque vibe of brass band instruments and upbeat melodies are topped with syrupy harmonies, who could be likened to a more enthusiastic Beirut who encourage more Lindy Hop and less quiet contemplation.
That’s not to say, however, that their songs don’t harbour important messages worthy of careful consideration.
Their best song, Black Delilah, is declared to be one about war: “How the men all fight / The sky began to cry” proving that they’re capable of tackling both the hard-hitting as well as lighter issues.
Other highlights include Blue Moon, “a song about growing up in Telford”, Elephant Magazine, “a song about magazines” and We Are Dancing, “a song about dancing”.
Announcing “this is a song about being confused” could well be a motto for the night as it submerges deeper into the absurd.
Salt The Snail open their set and wander into the crowd, picking their setlist from a fruit basket, frisbeeing Cup-A-Soups at people and giving away the drummer’s butties. Who knew a set could be so food orientated?
Despite some mic problems, it’s an enthusiastic performance with lots of audience participation required. If you’re not one for being *very* involved in a gig we’d advise you stand near the back when you head to see them live.
The three-piece bring a friendly atmosphere (despite hurling various items into the crowd) along with a stripped back bass-free raw energy. With only two people on the stage for the majority of the night there was nowhere to hide when it came to performance. Luckily, there’s no hiding necessary as both guitarist and drummer perform with great talent.
Once the glow-sticks were distributed, something very bizarre occurred on stage.

Envisage, if you will, an older gent carrying a bit of extra weight, violently playing a cello and two bass drums while throat singing. Oh, and he’s stripped down to his underpants.
That, in a nutshell, is the experience you’ll get if you have the opportunity to catch Mr Marcaille live.
The Belgium-hailing heavy metal one man band is one you can’t draw your eyes away from, although you will definitely want to.
It’s pretty difficult to understand a word he’s bellowing other than “Beer Time”, which to be fair he may not have even been singing at all. Despite the incoherency it’s impossible to ignore his talent – operating two bass drums, a crash cymbal and a pedal board with your feet all at the same time? That’s a serious thigh workout that has ‘the next Zumba’ written all over it.
Drinking beer, spitting on stage and roaring will certainly pull in a crowd as Drop The Dumbulls fills up to view the experimental excitement the evening delivers.
And if you thought that’s where the bizarreness of the evening would end, how wrong you would be as yet to take the stage is Bob Log III.
As several dinghies appear on stage it’s clear the gimmicks weren’t quite over, putting another twist on your average musical performance.
Bob Log III’s arrival to the stage is preceded by an ominous guitar shred, building to his appearance from the back of the room.
Once he lands he’s clad in a glittery golden fighter jet helmet, complete with telephone handset mic and a gold one piece outfit, making this the next set to be an outlandish performance.
He begins manipulating the guitar with the most insane playing ability you’ll ever have the opportunity to see live. Dishing out the secrets to his guitar playing success, Bob reveals “There’s three steps to learning guitar. Step one: Get a guitar. Step two: Get a guitar stool. Step three: Sit on the stool and play for 22 years.”
Each song is interspersed with this kind of humorous chat from the offset, making the night roll by as though you’re watching your favourite comedian, as well as an incredible musician.
Prior to his song I Want Your Shit On My Leg Bob invites audience members to come and take a pew and a selfie as he performs, reaching new heights of audience participation that we though Salt The Snail had already achieved.
Foot manoeuvres are a running theme through the evening as the headliner also operates a small bass drum and a series of pedals with his dancing shoes, creating songs with country roots that have been given a galactic makeover with an electric twist, resulting in something pretty spectacular and new that you’ll be unlikely to hear from anyone else.
In short, if you have the chance, go and see any of the above mentioned acts. You won’t regret it, although you may need time to recover afterwards. 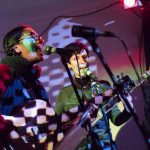 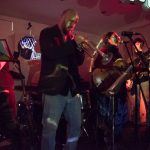 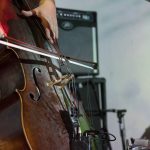 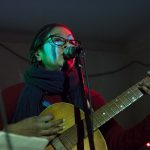 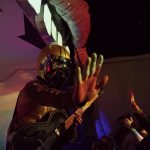 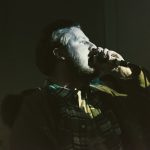 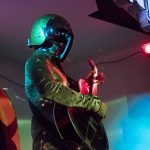 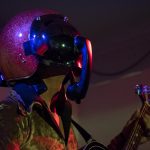 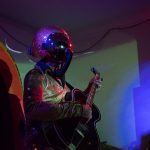 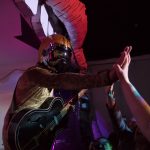 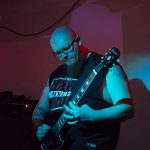 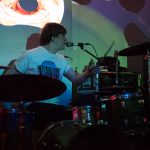 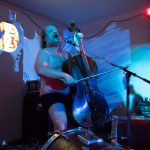 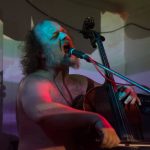 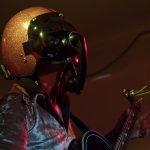