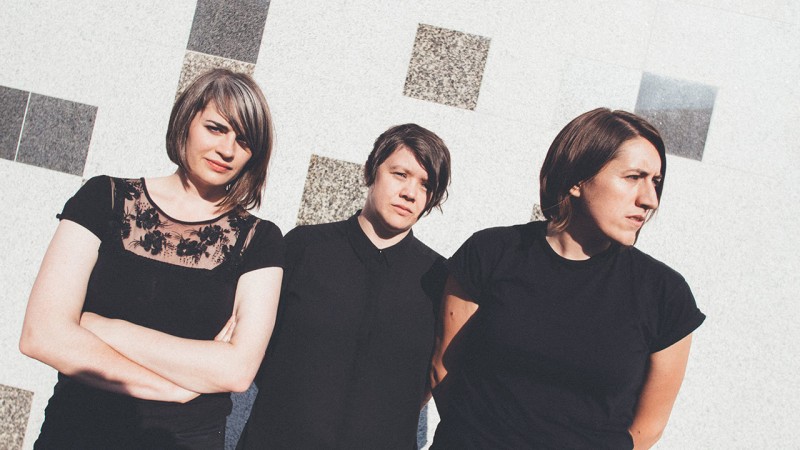 As the North West continues to sit proudly at the top of diverse and vibrant new music, Getintothis’ Lewis Ridley has a triple-threat of fresh sounds for your listening pleasure.

For many bands, radio breakthrough is the sign of real progress, and for Manchester band LIINES this is exactly the case.

Radio X‘s John Kennedy has been making a racket about LIINES for a while now, most recently he’s announced they’ll headline his show at Tooting Tram and Social next month.

“We have a very bass and drum led, sometimes quite sparse sound with guitar and vocals coming in and out over the top,” says drummer Leila.

About the lyrics of Shallow, Zoe says: “It’s relentless and on loop, which I hope shows how it feels when those kinds of obsessive feelings develop and won’t let up. I wanted a song that made the listener feel like they were suffocating and almost relieved when it was over.”

LIINES head out on a UK tour which sees them play:

Elle Mary and The Bad Men are Elin Rossiter (vocals/guitar), Michael Dubec (bass) and Pete Stitch (drums). They’re signed to Sideways Saloon in the UK and most recently released gentlest of gentle Falling earlier this month.

International Women’s Day – How To Be A Feminist Top 10

Her new record, Constant Unflailing Light, marks a move away from Elle Mary‘s previous folk sound: “I’ve moved from folk to this ‘heavy noir’ or whatever you want to call it, the one consistent thing that has remained is the use of space. Space and a minimal approach has always been the most important part of the music to me, to do more with less. It’s this that draws me in the most about the artists I love (Low, Julie Doiron, Bill Callahan etc.). This allows for my voice to sit on top and the words seep in.”

Elle will be at Sound Food and Drink on Friday, March 23 as part of CMD’s The Magic Roundabout night, where she’ll join Maddy Storm, Beija Flo and our next artist, Ellie Keegan.

Ellie Keegan will soon be a join the alumni of Liverpool’s creative arts pool of talent, LIPA.

She produces a raw sound, solo with only an acoustic guitar for company, yet a vocal strength that increases her sound tenfold.

She describes herself as a one-man indie pop band, and told Getintothis about her musical dream: “I graduate in July so I’m currently in the process of working this out too! The dream would be to be able to perform and make a living from it, so I’m just going to do all I can to hopefully get there.”

Debut single Heat was released in April last year and has been followed by numerous covers, unsurprisingly BRIT award winner Ed Sheeran features amongst them.