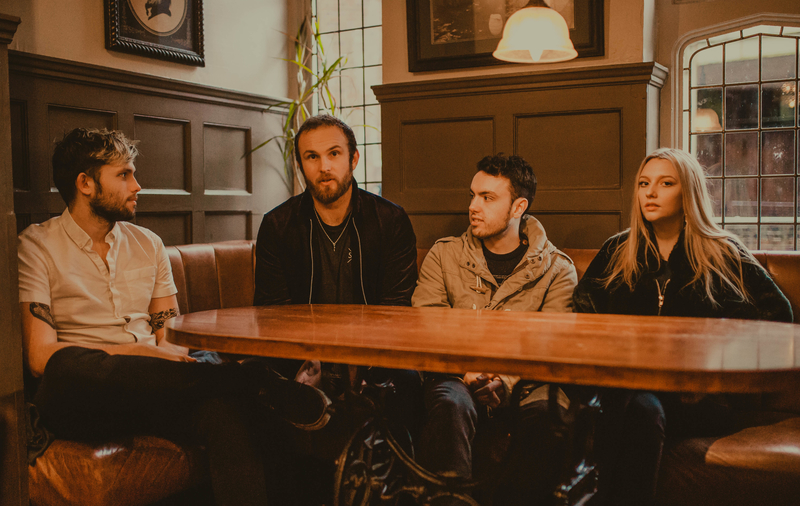 Billy Bibby and the Wry Smiles, took to the stage of EBGBs last night, Getintothis’ Amos Wynn caught the action.

The band recruited two new members in December, with this current tour being all about getting things up to scratch. Things appear to be going well as the four-piece put on a good show for the Liverpool crowd.

They kicked off their set with Always Something, a great way to start the night, producing simply great ‘rock ‘n’ roll’ with Bibby sounding vocally impressive.

The night consisted of great and easy listening songs. The front man says his aims is to write ‘catchy‘ songs and appears to be achieving that.

Bibby was one of the original members of Catfish and the Bottlemen but departed not long before the release of their debut album. Now with his new band the Wry Smiles, he has taken hints of the Catfish sound as well as adding a new fresh sound onto his tracks.

A number of songs played on Saturday night sounded a lot heavier than the original releases, adding a whole new edge to tracks like ‘Don’t Fall,’ taking it to the next level.

The two standout tracks of the evening were ‘Are You Ready‘ and ‘Substitute,’ showing off the song writing and musical talent that the band have up their sleeves.

Their most recent single, ‘Together?,’ has a Queens Of The Stone Age feel to it and proved to be a great addition to the bands set list.

They even gave a taste of their next single ‘War of One,’ due for release on the 20th April. This exciting track starts off slow before bursting into life, with it having the potential to be their best so far.

Throughout the night the band also enjoyed interacting with crowd, with bassist Matty Thomas joking it was turning into a stand-up show.

The band ended what had been a good night of music with ‘Freeze.’ Bibby said at the beginning of the night, “we will try and keep you entertained,” with the Wry Smiles certainly managing that.

Supporting them last night were Lazy Arcade and Valent, providing good entertainment. Whilst both played their own original material, the latter also covered bands such as Royal Blood and Biffy Clyro.

The night as a whole was a great watch and for those who turned out to watch, as they were treated to some good music.

With the new members settling in well and things looking positive, Bibby and Wry Smiles will be hoping to carry on growing.