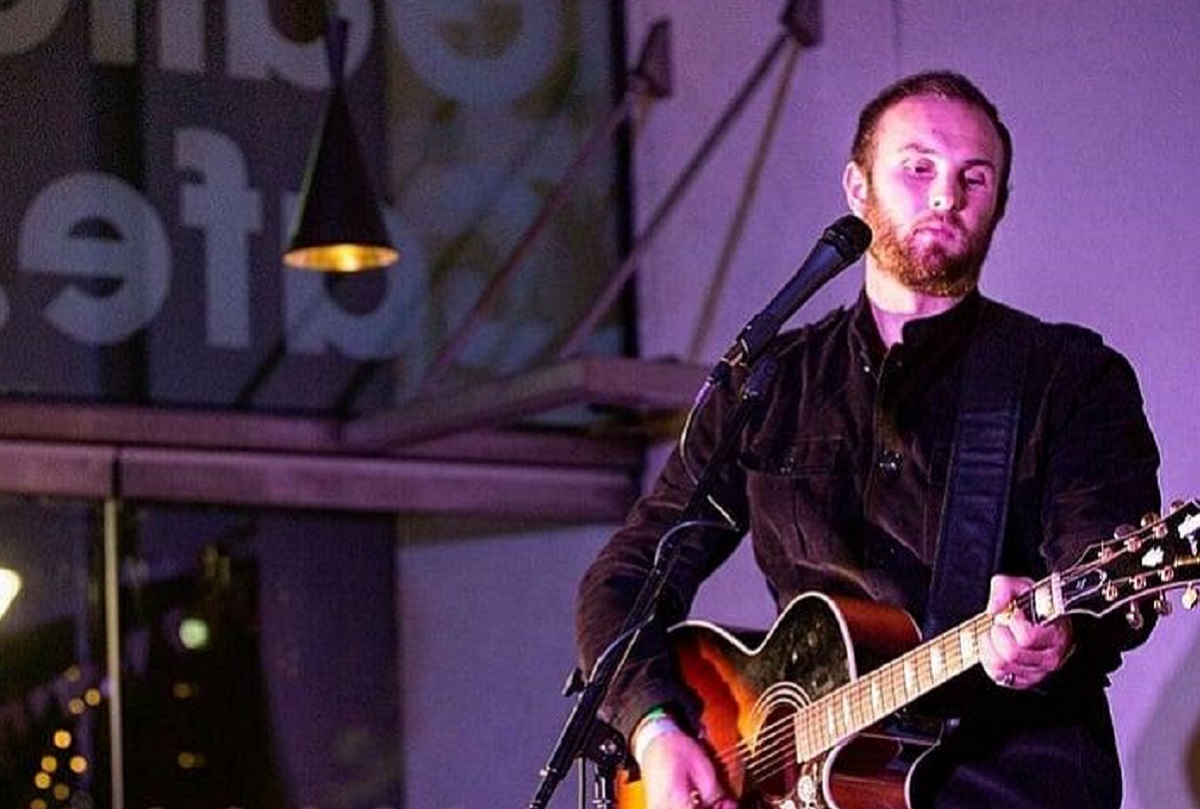 Billy Bibby and his band, the Wry Smiles are going through changes and Getintothis’ Amos Wynn finds out how things are ‘starting to come together’ as they prepare for their EBGBs gig on Saturday.

Billy Bibby and the Wry Smiles have recently have something of an overhaul.

Bibby says ‘You don’t plan to make changes, sometimes it just happens. Being on the road at our level is tough when you’re also trying to make money and keep everyone happy as well. We aren’t topping the bill and don’t make millions, so we have to work round our jobs, so they left for them reasons.’

The former bandmates are still in support of the new line-up. ‘There’s no hard feelings, our old drummer came along to our recent Chester gig and enjoyed’,  adding jokingly ‘it was weird seeing him in front of me when I’m used to him being at the back.’

The front man believes that the new members have fitted in well and that by the end of the current tour they’ll be back up to their previous standards, saying ‘it’ll take a few shows for us to get tight and to get to the level we are aiming for.  We seemed to click straight away, they like the kind of music that I am writing, and they’ve been able to put their own twists on the songs as well.’

With the two new members being 19 and 20, Bibby jokes that he now feels like the grandad of the group. He also says that ‘it doesn’t matter how many members we have to change, we will carry on until people are bored of us.’

The band has released numerous singles since 2015, with their most recent Together? coming out at the beginning of March. Bibby believes it is the best they have brought out so far.

He also comments on how it’s a small change in direction to their earlier stuff. ‘A lot of people have compared it to having a Queens Of The Stone Age vibe, which is pretty cool. I never mean to make things different, but I do always have a specific aim of what I want it to be. It starts off pretty basic but once something happens I just flow with it. I try to keep it catchy for the listener but sometimes what I’m listening to at the time is just reflected in the song.”

The song has already accumulated lots of positive reviews and good writeups, ‘it also seems to get a lot of people going when we play it live as well.‘

After the success of the single, there is also an EP on the way in April, with all the tracks already recorded and ready to go.   The bands current tour features a gig at Liverpool’s EBGBs on the 31 March. ‘We’ve got a good selection of gigs on this current tour, so I’m really looking forward to them all.’

Out of the past venues they have played, some of the best gigs have taken place in Manchester and Edinburgh, ‘Manchester crowds are always up for it, and when we played in Edinburgh it must’ve been in front of 400 people.’

Another place Bibby enjoys playing is Chester, seeing it as a home gig. ‘Our family and friends always come down to support us, I only live about 40 minutes away and the rest of the band are local, so gigs there have always been good to me.’

The bands name, The Wry Smiles comes from Frank Turner’s Vital Signs which features the lyric a whisky and a wry smile.

‘At first I wasn’t that into it but after letting the dust settle I didn’t think it was too bad. The bands name is something that can be made special by the fans, there are so many bad names out there in which the fans bring to life.’

The Wry Smiles isn’t the first band Bibby has been apart of, having been a member of Catfish and The Bottlemen previously. 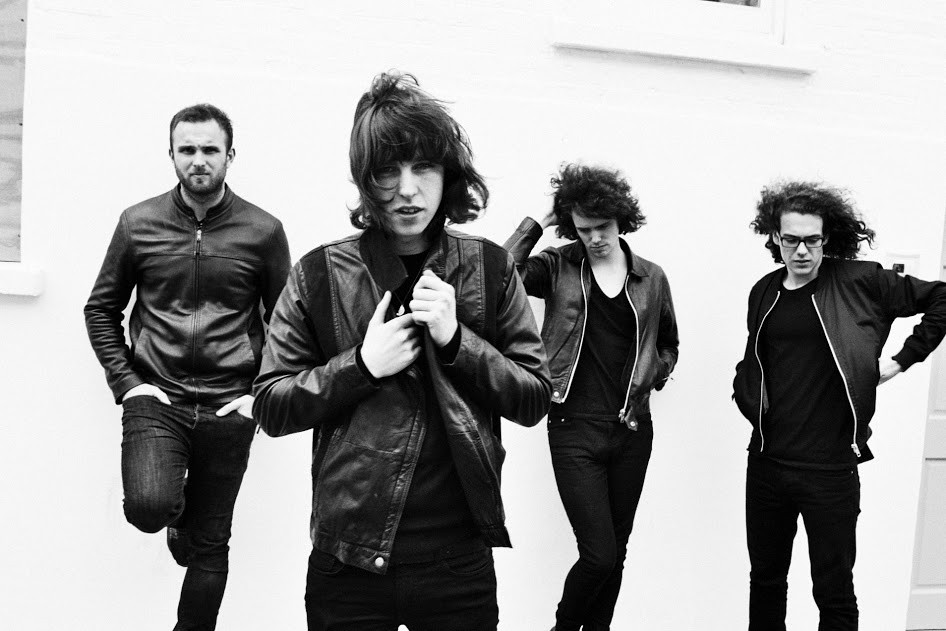 Bibby (left) with Catfish and the Bottlemen

‘Being in Catfish gave me invaluable experiences and puts me in good stead when growing a band from grass root. It can also be seen as a double-edged sword, as some people who associate me with Catfish may not listen to my stuff if they don’t like theirs.’

Like his current band, Catfish went through the struggles of being an unsigned band. ‘It was around seven years before we got signed, and of course during that time we had doubts over if we’d ever get noticed.  Going and playing in big cities really helped us to get noticed, and once an independent label signed us we knew we could go on to do decently well.’

Comparing his time in Catfish with his current band, Bibby says ‘we are getting similar vibes at the moment, there’s plenty of bands who give up but if we just stick at it we will get somewhere as long as we have the tool to do so.’

He also jokes ‘if you play your first gig in front of two people, and you’re second in front of four, you have to take the positives that you’ve doubled your fan base.’

Bibby says his exit from Catfish was “just one of those things, when working with three other people you just have to move on, I didn’t leave with any plan of what I’d do next. I don’t look back with any remorse because they’re doing their thing and I’m doing mine. There are no hard feeling between us.‘

‘Upon leaving I just picked up the guitar again and started writing, I think looking at the lyrics of those songs could help you come up with your own version of what happened.’

Growing up Bibby says he was interested in older music, listening to 60s and 70s music such as The Beatles. During the summer holidays he used to play Beatles covers to guests who was staying at his parent’s hotel, ‘I always wanted to be involved in music, I’ll keep doing it whilst I’m enjoying it.’ 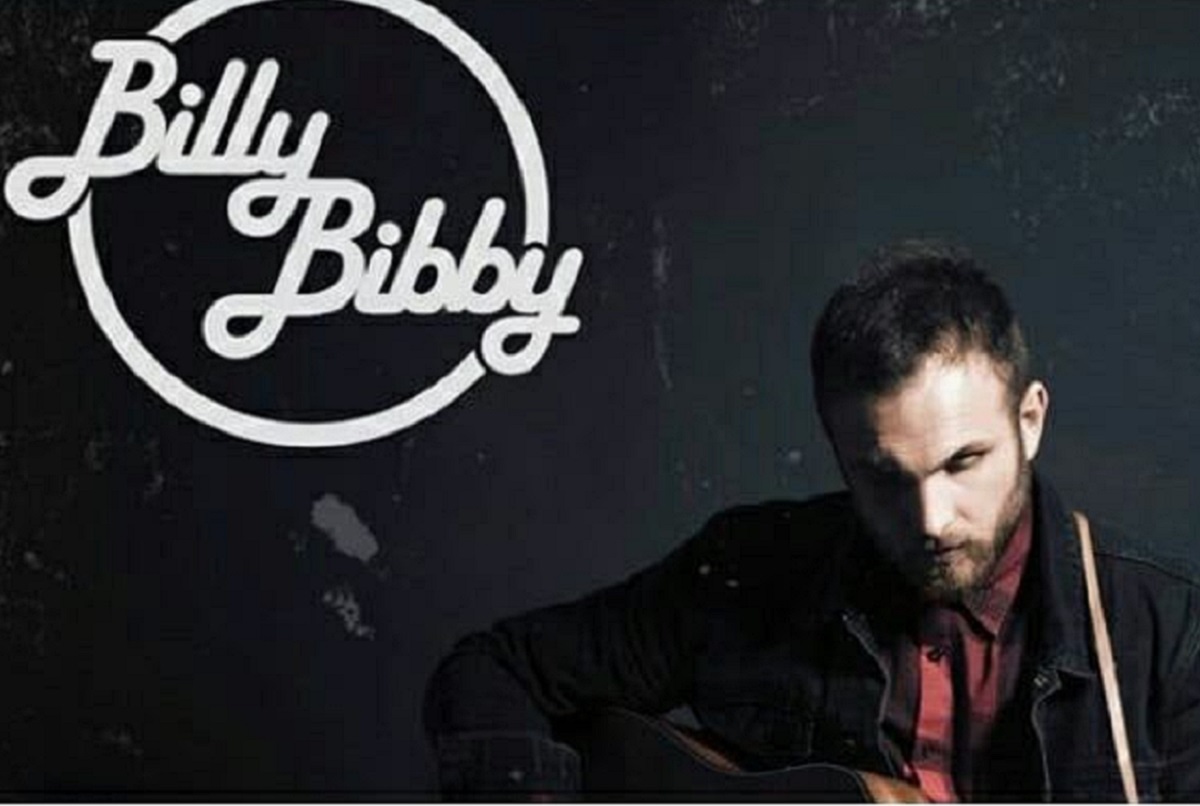 As he got older he started to get into bands like Oasis and Arctic Monkeys. Bibby says he’s worried about the current state of the music industry, believing today’s music seems ‘very fickle and shallow’ with some of the songs released having ‘no lyrical substance behind it.’

‘Don’t get me wrong, I like the catchiness of chart songs, as that’s what I aim for in my music. But it doesn’t seem real to me and some stuff can’t be classed as music as you don’t know what you’re getting. You could go and watch someone live but not know if they’re a decent singer of just miming.’

One thing Bibby is happy with is the return of Liam Gallagher. “I want him out there performing, even though he’s one of the older ones he’s needed to bring ‘rock ‘n’ roll’ back as there’s not many young ones doing that.  Musicians needs to go back to basics, rock bands are changing and putting more synth into their music but sometimes you just have to keep it simple.’

Looking towards the future, Bibby says ‘we just want to keep writing and playing. Hopefully we can get another small tour in before doing festivals throughout the summer.’

The band are also hoping to move to the next level over the next few month by gathering some management around them and a label to take interest.

‘Even if it doesn’t take off I want us to be in a position where we will be ready for when it does, the plan is just to keep releasing music and hopefully it’ll get bigger and bigger!‘