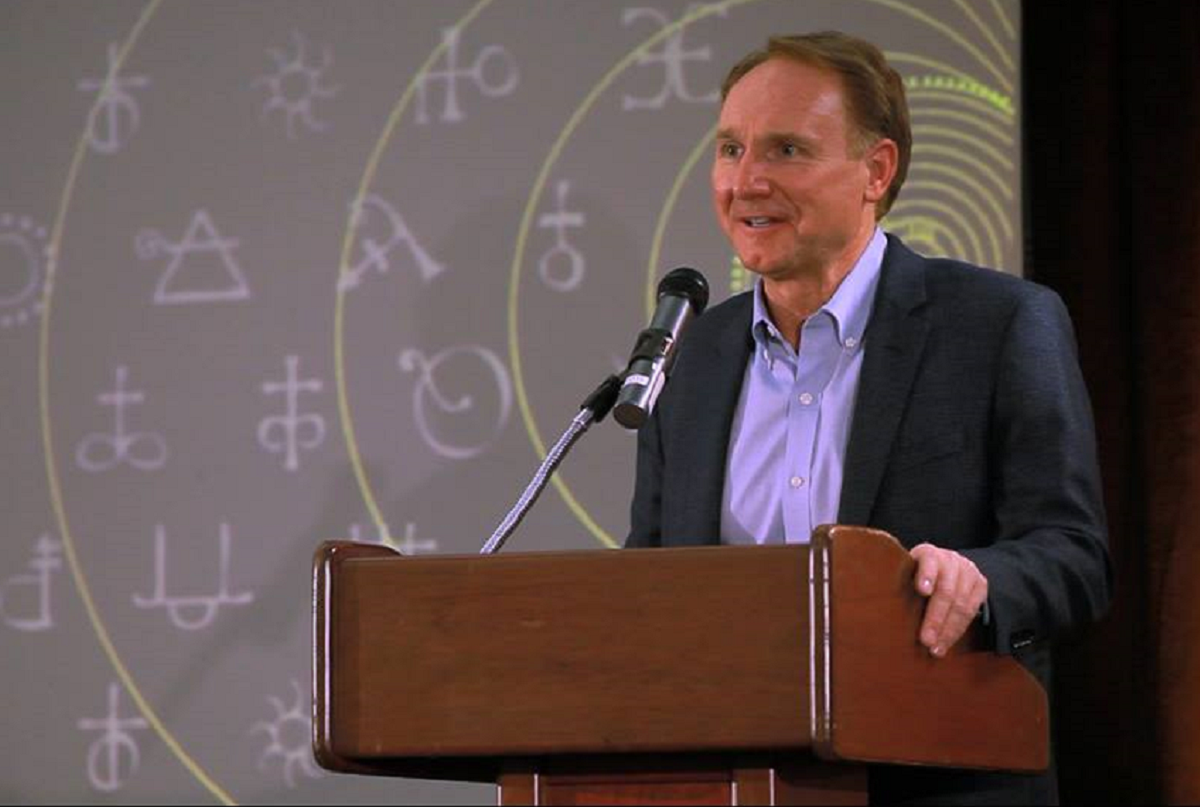 In the second of our In Defence Of… Series, Getintothis’ Matthew Eland stands up for Dan Brown and tires to deflect the slings and arrows that come his way

Complaining is a funny old business.

Whenever I see such withering disdain on the internet about things that are daft but essentially harmless, I think about Dan Brown.

I first started rooting for Dan Brown, in the same way one might root for a football team or an exceptional tennis player, when I was a creative writing student at university. I would notice him frequently being disparaged by those fellow students who were overly keen to display their erudition and good taste; he was the vulgarian bogeyman whose name you took in vain if you wished to declare yourself an appreciator of good literature.

Trouble was, this often had the opposite effect of showing that you hadn’t read enough to form any opinions of your own. If you wanted to show off, why wouldn’t you choose someone cooler to criticise? Phillip K Dick, another genre writer who was no stranger to a clunky sentence, seems the perfect candidate for this role.

However, Dick was an ideas man, whose prodigious amphetamine use and messages from God give him a certain counter-cultural cool, while Brown is just a dweeb whose computer freezes every sixty minutes so he can do press-ups. No, Brown fits the bill perfectly. 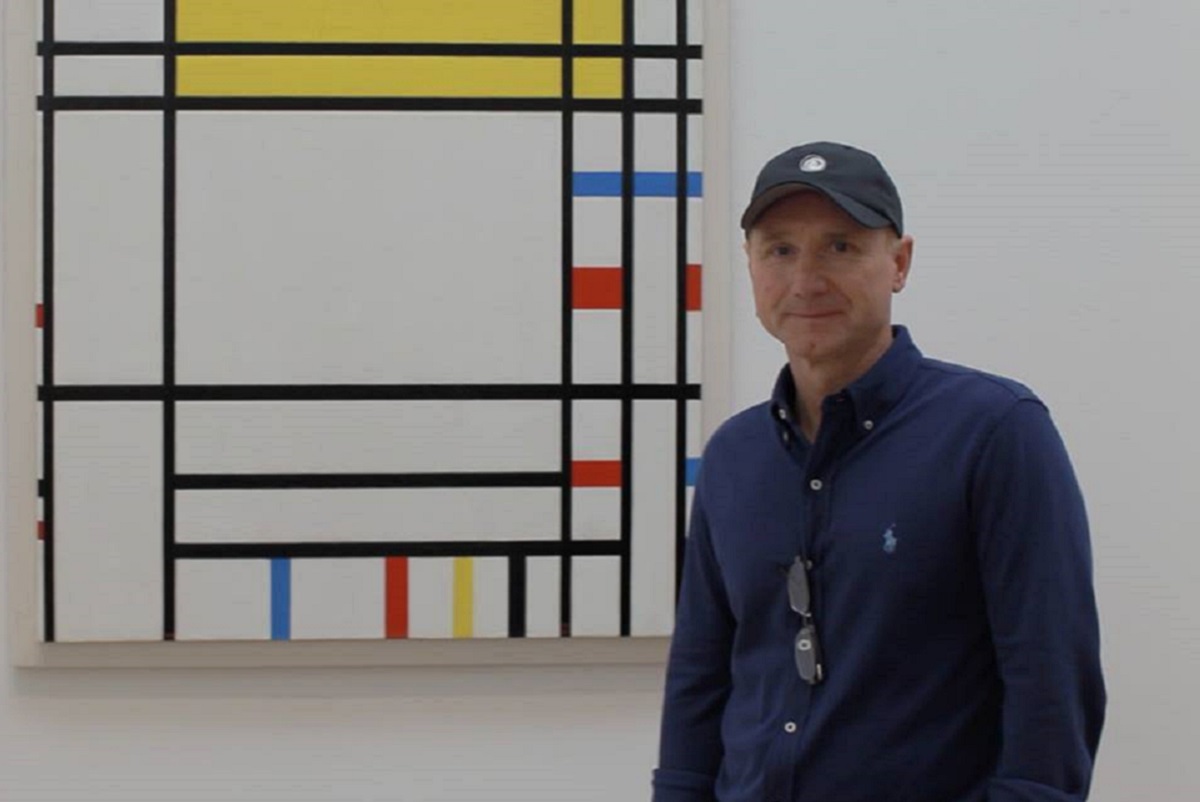 But for me, he had become an underdog. And subsequently, everything I learnt about Brown – and one incident in particular, which took place in London’s Royal Courts of Justice in March 2006 – only served to deepen my affection for him further.

Exhibit A: Failed career as a musician After graduating from university, Dan Brown tried to build a career as a singer-songwriter and pianist. He also released an album for children called SynthAnimals. There’s something very Dan Brown about trying to write an album on a synthesiser; such a nerdy, mathematical instrument, vaguely science-fictional and robotic; one on which it’s difficult to communicate human emotions.

Unfortunately, in the process of researching this piece I’ve been unable to uncover any of Dan Brown‘s music, for two reasons: firstly, Dan Brown is a really boring, unsearchable name for a musician. He should have spelt it Dan Brovvn or something, but in the days before Google, how was he to know? Secondly, one of his albums was called Angels and Demons, and searching for that only brings up the Hans Zimmer film score.

I think part of the reason I have so much affection for Dan Brown stems from the tragedy of his music career failing due to his boring name. Of course, it could be that the music wasn’t very good; I have been unable to corroborate this.

Exhibit B: Gravity boots I remember once reading that Brown used gravity boots so that he could hang upside down whenever he had a writing problem, as this changed his perspective. This was not only an unusual thing to admit to, but also put me in mind of Wallace and Gromit in The Wrong Trousers.

Afterwards, when I told people about Dan Brown‘s gravity boots, part of me would wonder if I hadn’t made the whole thing up. But no! Gravity boots and inversion therapy is a real thing, and there’s even been some research done on it. There’s a good chance he’s alone, in his attic, right now, upside down and plotting the next Robert Langdon adventure.

Exhibit C: Danielle Brown Just like Paul Auster, and other writers who went on to have commercial success, Dan Brown‘s first book was written under a pseudonym, and the slim tome has subsequently become very difficult to find. What’s more, he changed gender for it, calling himself Danielle Brown. Co-written with his wife, 187 Men to Avoid is ‘A Survival Guide for the Romantically Frustrated Woman’. Luckily, a search of the Liverpool Central Library catalogue has drawn a blank, which means I haven’t had to read it.

Either way, giving yourself a feminine alter ego and compiling a volume of ‘one-line observations on the opposite sex’ is an endearing thing to do, and perhaps hints at a sense of humour hitherto undisplayed in the fiction for which he is most famous.

Exhibit D: The man he wishes he could be The main criticism of Dan Brown – and as stated, I’m not going to argue with this – is that his prose is bad. Reviewers have also noted that his frequent protagonist, Robert Langdon, is a barely disguised exercise in wish fulfillment. Alongside the mentions of his resemblance to ‘Harrison Ford in Harris tweed’, there is this description in Angels and Demons. – ‘The forty-year-old Langdon had what his female colleagues referred to as an ‘erudite’ appeal—wisps of gray in his thick Brown hair, probing blue eyes, an arresting deep voice, and the strong, carefree smile of a collegiate athlete. A varsity diver in prep school and college, Langdon still had the body of a swimmer, a stoned, six-foot physique that he vigilantly maintained with fifty laps a day in the university pool.’

This sort of thing tends to drive critics mad, but to me it’s great fun. Why wouldn’t you make the protagonist in your thriller a much bosser version of yourself? And besides: why aren’t you reading something better? The subtext to a lot of Brown‘s negative press is that the writer can’t believe Dan Brown is so famous.

And yet here are the facts: the man has written seven novels and sold over 200 million copies of his books.

And despite the overuse of ellipses to convey suspense (the highlighting of which makes for an entertaining pastime), the tendency to indulge in hyperbole, the unrealistic descriptions of human behaviour (not to mention the dialogue), the exposition, the Yogi Berra-isms (‘Pandora is out of her box’) and the illogical constructions (‘His eyes went white, like a shark about to attack’), you come out of a Dan Brown novel with a very clear impression of the author’s soul.

Practically every sentence is one of T.S. Elliot‘s ‘objective correlatives’, except instead of illuminating the soul of the character, it lights that of its creator. Take, for example, the introduction of Meyer Wolfshiem in The Great Gatsby. We’re told that he fixed the 1919 world series and that his cuff links are made from ‘the finest specimens of human molars.’

Now compare with this sequence from Origin: ‘Langdon had tasted Montrose only once, in an ancient secret wine cellar beneath Trinity College Dublin, while he was there researching the illuminated manuscript known as The Book of Kells.’ 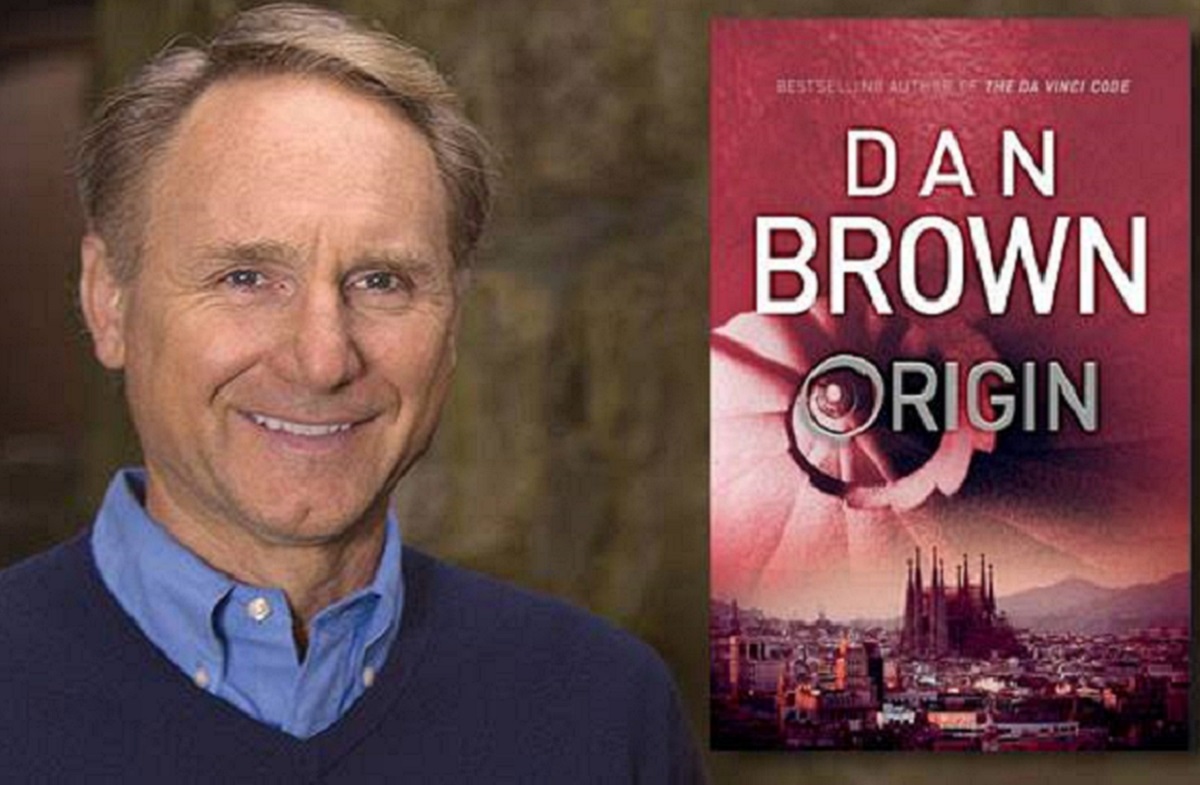 Perhaps this is part of the man’s appeal; that of a quiet, nerdy man suspended upside down, contemplating the Sisyphean task of writing these novels – thinly veiled exercises in wish fulfilment – that will always sell, but which will always be savaged by the critics. It makes me think quite fondly of him. It’s endearing. It’s also this that stops me from reading Dan Brown ironically, which would be a different kind of snobbery.

Exhibit E: The court case The truth is, though, that I haven’t read a Dan Brown book in years. After writing all this it’s probably best that I pick up Origin when it comes out in paperback to see if what I’ve written so far holds water. The reason I always stick up for Dan Brown is to do with a court case in March 2006. This was when he was sued by Richard Leigh and Michael Baigent, two of the authors of The Holy Blood and the Holy Grail, who claimed that the plot of The Da Vinci Code had been lifted wholesale from their own work of ‘history’. Indeed, Brown indirectly acknowledged them in the name of the villian, Leigh Teabing.

The book posits, as you’ll know if you’ve read/seen/absorbed via osmosis The Da Vinci Code, that the holy grail isn’t a cup but a bloodline – that of the direct descendent of Christ, which has been protected for two millenia by the Priory of Zion.

The first problem with all this is that the idea of such a direct bloodline is problematic over the short term, and absurd over the long.

Each of us has two sets of Grandparents, and each of them has two sets, and so on. Provided there’s been no inbreeding in the last couple of generations, each of us has a neat little inverted Christmas tree of ancestors, except the further back you go, the more those patterns intersect with those of everyone else, until they all join up.

In other words, we’re all children of Jesus. Or of Julius Caesar, of Confucius, of the Seven Daughters of Eve, or any other historical figure who left behind lines of descendants and lived earlier than a few thousand years ago.

If Jesus did have a child, then he might have hundreds if not thousands of descendants by now. Unless, of course, hideous inbreeding was involved, like in Preacher.

Another problem (and there are many; too many to list here, in what started off as an attempt to calcify an old pub rant of mine in prose, and which has become an essay increasingly written in the style of an old pissed duke, or maybe even of DB himself) is that the grail was invented by Chrétien de Troyes, a late twelth-century poet who specialised in Arthurian romances.

And if this wasn’t bad enough, the authors of The Holy Blood and the Holy Grail also incorporate the Protocols of the Elders of Zion, an antisemitic forgery that was used as Nazi propaganda.

So to summarise, we’re now dealing with twats as well as liars.

The columnist Andrew d’Ancona recalls meeting the pair, who ‘exuded the twitchy eccentricity of two men who don’t get out very much’. Leigh and Baigent spent the lunch trying glean from the parliamentarians whether Europe’s ‘covert intention’ wasn’t to establish a federal superstate but to ‘restore the bloodline of Jesus’.

So Brown’s wife Blythe reads the book and summarises the contents for husband Dan, whose initial thoughts echo that of Anthony Burgess in his original review of the source material: that it might make a good novel. He writes the book, Leigh and Baigent sue him.

The outcome of the case is, to me at least, a thing of beauty: the judge ruled in favour of Dan Brown, on the basis that Leigh and Baigent promoted their book as a work of history rather than as one of fiction.

Take this line from early on in the Leigh and Baigent book: ‘To make the requisite connections…we were obliged to adopt a more comprehensive approach, based on synthesis rather than conventional analysis.’

This describes pretty much every conspiracy theory ever. ‘Synthesis rather than analysis’.

Now, you might say that Dan Brown is cut from the same cloth: a content provider in a conspiracy-hungry world. But at least Brown isn’t selling The Da Vinci Code as fact. He’s a man who likes puzzles and mysteries, and who inadvertently tapped into a lot of residual anxiety regarding the covered-up abuses of the Catholic church and the dodgy dossier that led to the invasion of Iraq. In the process of doing this, he became absurdly rich and, to some, incredibly annoying.

And then, for one beautiful moment, the men who pedal lies for money got beaten at their own game.

So then, let’s all celebrate the heroic absurdity of Dan Brown, who’s proved that truth really is stranger than fiction.