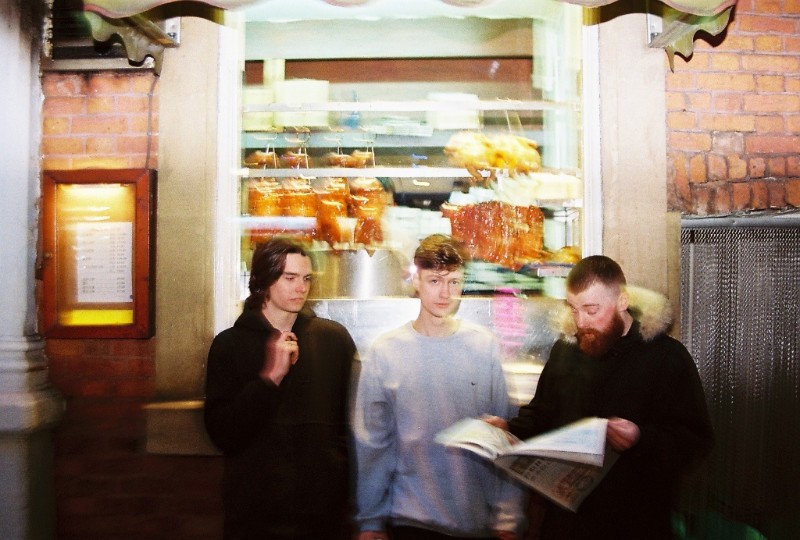 We’ve had a tantalising taste of summer over the last couple of days and Getintothis’ Matthew Wood is on hand with the latest tracks for those potential picnic playlists.

Beach Skulls – That’s Not Me

Merseyside jangle-pop merchants Beach Skulls are set to release their sophomore record, Las Dunas on PNKSLM Records on June 1, and here’s our first glimmer of what’s to come.

Laden with crisp guitar tones and crunchy percussion, their brand of garage rock is familiar but well-crafted, lining them up alongside L.A. greats, Allah Las and San Fran veterans, The Brian Jonestown Massacre.

There’s fine production involved too, allowing each instrument to dazzle under their respective spotlights, but it does feel a tad rigid. Often with garage rock it’s the imperfections that give the music that much needed character, so let’s just hope the boys let loose a little on the rest of the record.

Tyler, The Creator recently announced that OKRA is mere throwaway material, offering us little, if any insight into his future sound, and it won’t be appearing on an upcoming record.

OKRA does sound like a departure from his Grammy nominated Scum Fuck Flower Boy, favouring a simmering bassline, trap beat and strobes which recall the Tyler we see launching himself head first into a sea of heads at savage live shows.

So while Mr. Lonely is still bumping in our heads, Tyler switches up the pace once again, harking back to the aggressive compositions that began his career, only his lyrical ability shines that bit brighter.

A track so wonderfully freaky you’d think it impossible to cover and do it justice. King Krule has a pretty good go at it, however, retaining the psychedelic, aquatic feel that Mockasin creates on the record, complete with signature skittish jazz beats and Krule’s distinct groans.

Slick bass work is an necessity for anyone hoping to tackle this one and it’s executed to perfection, driving the track along with effortless prowess.

Although I’ll always hold Mockasin’s version close to my heart, there’s something great about Archie Marshall snarling, ‘Foreva Dowfin Lav‘, maybe Connan could pen some lyrics for him?

Leeds duo, Jellyskin return with this menacing effort that thuds and swings like a tribal death march, layered with a hammering of rudimentary guitar work, resonant of the simplistic formula that worked so well for The XX.

Dark, atmospheric electronics surround Zia and Will’s baritone vocals, their tone is melancholy and growing ever sinister as the track progresses.

Beyond the dark cape there’s playful elements that nod to angular quartet, Alt-J’s earlier work, and with spacious compositions such as these, there’s plenty of room for Jellyskin to spread their creative wings.

It’s seven years since Friendly Fires released Pala, and they’ve burst back on to the scene with a sold out headline show at Brixton’s O2 Academy plus the release of this instant summer anthem, Love Like Waves.

From the opening hook we know exactly who’s behind this one, Ed Macfarlane’s sweet falsetto kicks off before bouncing into a typically groove-heavy beat, brimming with dance-y synths that go hand in hand with sunshine and pool-side beers (if you’re so lucky).

Festival season is just around the corner and it looks as though there will be plenty of fuel to toss onto the friendliest of fires.