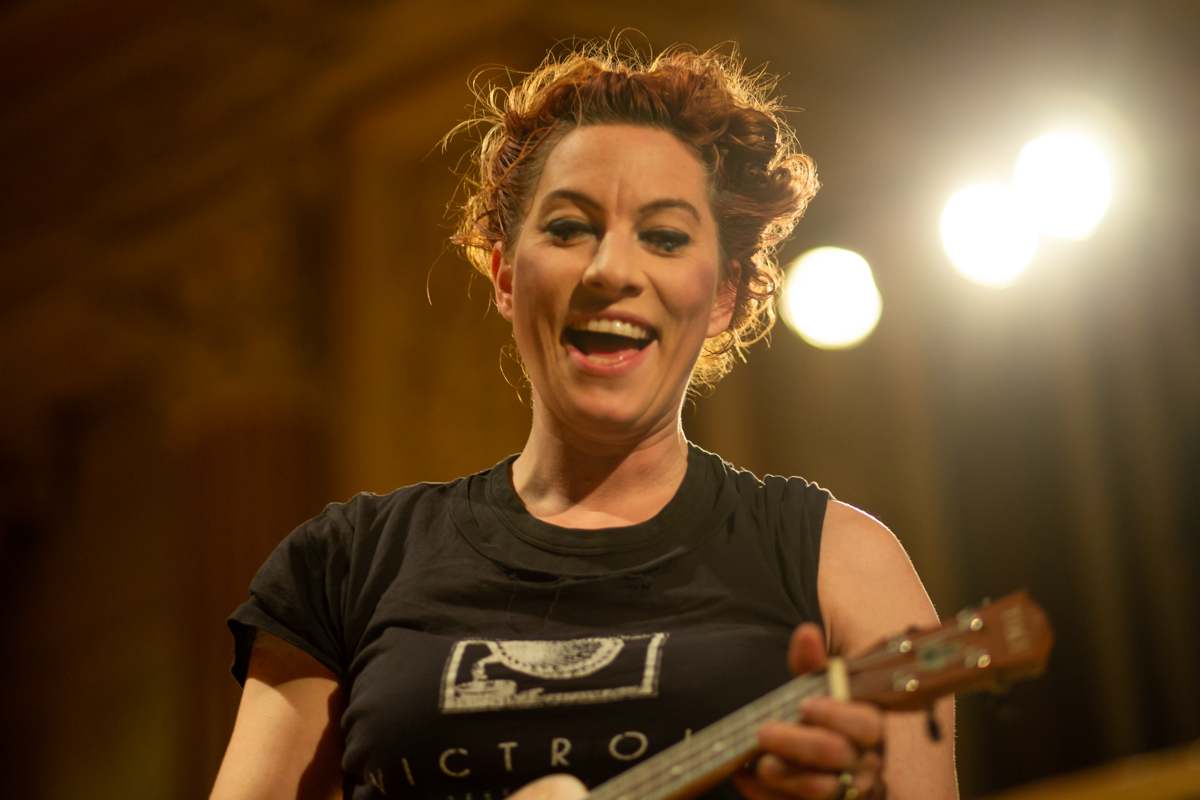 Getting down to the splendid St George’s Hall for an evening with cabaret punk’s first lady Amanda Palmer Getintothis’ David Hall found a performer in her creative element.

Amanda Palmer has moved to London. Well, not permanently.

She has relocated here temporarily with her husband – author Neil Gaiman – and her son, while he is working on a BBC adaptation of his 1990 collaborative novel with Terry Pratchett Good Omens. Her husband is doing that, not her son. Anyway, while Palmer is here, she plans to record her first solo album since 2012’s Theatre Is Evil.

Her St George’s Hall gig was billed as an ‘Evening with Amanda Palmer’, with support duties first from Australian singer-songwriter Teischa and, more eclectically, Andrew O’Neill. Metalhead ‘occult comedian’ O’Neill, resplendent in flowing dresses reminded a little of Eddie Izzard with his surreal segways and transvestitism, and busted out some genuinely funny loop pedal songs towards the end of his well-received set.

Amanda Palmer commenced her own marathon set with a ukulele and voice version of In My Mind and followed up with Astronaut. At times she pounded on her grand piano with such ferocity that the keys of the Steinway could be heard clacking against the keyslip on wrought tracks like Astronaut and or The Killing Type. At others she related intimate stories and oral liner notes behind the songs she was performing, offering a glimpse into her process as a songwriter.

Palmer announced from the stage that after a lengthy absence, her band the Dresden Dolls will return to UK stages for shows this year. She played plenty of Dresden Dolls material as well, dropping in Missed Me, Mrs O., Coin Operated Boy and ending her set with a boisterous, roof-raising re-telling of Sing. When she does reunite with Brian Viglione for more of their “Brechtian punk cabaret”, it’s bound to be incendiary, if Palmer’s solo arrangements were anything to go by.

Review, gallery and the best bands from Liverpool Sound City 2018

Not that her Dresden Dolls material particularly stood out in terms of quality of being particularly well received in Liverpool. On paper, Palmer’s last proper album was in 2012. But she has been releasing new music on a near-constant basis through her Patreon page, which her stories onstage in St. George’s Hall came back to time and again.

It seems to have acted as an outlet, a notebook and a sounding board all at once for Palmer. It has played host to songs like the stunning 10-minute A Mother’s Confession, a psychosomatic purge of parental paranoia and mother’s guilt culminating with a cathartic chorus “at least the baby didn’t die”.

More playful moments have stemmed from her Patreon project too, Drowning In The Sound concerns itself with Taylor Swift’s goth phase, while Vegemite is about… well. But some of her most vulnerable, exquisitely exposed music like the heart-wrenching eulogy Machete have been released on Patreon, and it proved a goldmine in Liverpool.

The emotional intensity of numbers like The Bed Song was at times palpable. Perhaps not surprising given the subject matters being attended to – birth, death, miscarriage, loss, mourning. Palmer inhaled and didn’t seem to take another breath through some piano parts. Other times she would gasp a lungful of air and burst forth with her room-filling voice.

As if the audience needed further evidence of this, Palmer wandered out into the auditorium just as the interval came to an end clutching a ukulele. Breaking into a cover of Radiohead’s Creep, performer and venue suddenly seemed perfectly matched in terms of acoustics as she threw back her head and belted out Thom Yorke’s sustained vocal notes.

Despite their often morbid themes, Palmer’s lyrics always carry optimism, whether in words or melodies. That was on display in her encore The Ride, a song based on Bill Hicks’ assertion that life is “just a ride”; the alternative is nothingness, so why not enjoy it?

There are plenty of cliches that we could spout to describe Amanda Palmer. That she held the audience in the palm of her hand; that she had performed a spell on us. Those are both necessary and simultaneously don’t come close to telling the full story. She was entrancing.

Even the longest of songs effortlessly held the crowd rapt and took on a sublime quality. The songs themselves didn’t so much shrink as the whole evening did and the songs and Palmer’s stories grew to fill that space. The format utterly exposed her as an artist and as a person, and she shone on both counts. 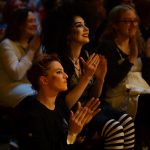 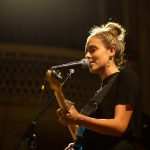 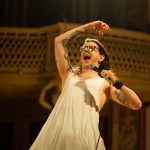 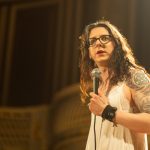 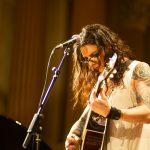 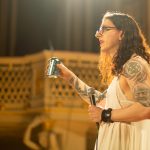 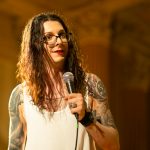 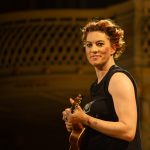 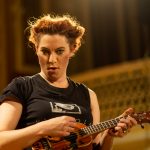 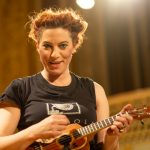 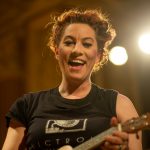 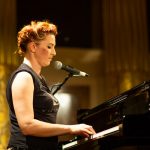 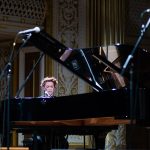 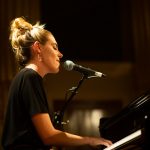