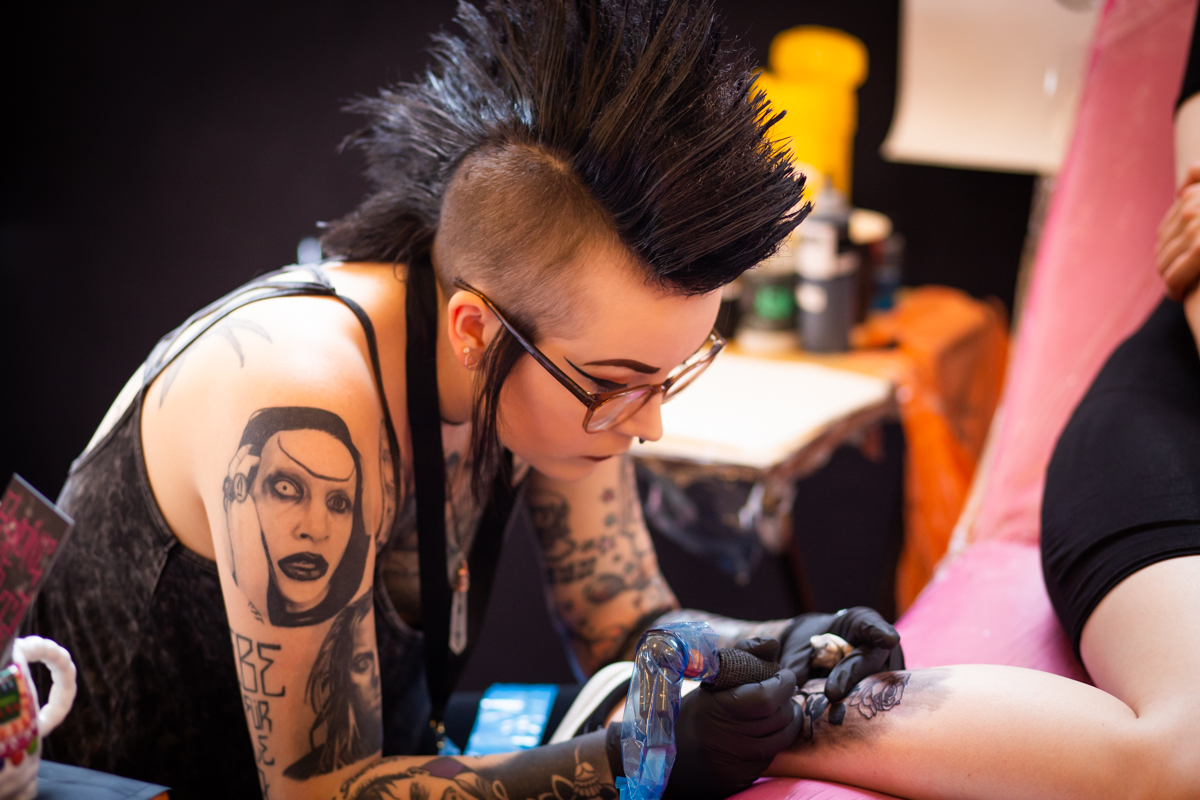 The Liverpool Tattoo Convention had Getintothis’ Peter Goodbody intrigued as to what would unfold as he set forth into the mysteries of The Adelphi.

We arrived late on Friday evening. Thanks M1 / M6.

Just as Queen Zee was about half way through their set in the Adelphi Bar. It was a kind of bemused, although enthusiastic, crowd who weren’t really sure sure how to take the antics going on in front of them.

If that was all too much as an affront to the senses, then Evil Blizzard seemed to bemuse even more. Playing one of the smallest gigs in which we’ve seen them, they were typically abusive – “Every time we play Liverpool it’s fucking shite” Fair play. “Here’s a new song – you don’t deserve it, but we’re gonna do it anyway“. The band is promoting a new album in a manner only they know how.

We were too late on Friday for the tattoo part of the convention which had closed down for the evening, not surprisingly. Although it was apparent in the bar by the amount of cling film shod arms there were plenty of people who had beaten us to the main event.

So, up to speed on Saturday. And the big question is Goodbody gonna get a tatt? There won’t be any other chance in this packed weekend. Sound City and The Membranes are calling. We have a slim window.

There are long queues at the door when we arrive on Saturday and the car park is full. We end up on the 9th floor of the next nearest multi-storey and things aren’t really going to plan, albeit not very high on a Richter scale of more serious plans.

Of course, it works out OK and organiser, Amanda, sorts us out with a wristband. Now what? The scale is quite overwhelming. There’s a buzz around the place. That is, a real noisy buzz from tattoo guns being poked and prodded at people mostly lying prone on couches as though they were undergoing some unpleasant or invasive surgery.

As we wander around the various rooms in The Adelphi we start to get an idea of what’s going on. It’s one of community and sharing. It could be train spotting or video games or stamp collecting. But here it’s just tattoos. Collecting, perhaps, but there’s definitely a common bond going on.

People are talking to each other, complimenting them on a nice tatt or a decent moustache or a cool hat and, in a slightly surreal moment, boss stilts. Really – they said it was the best way to get a good view of proceedings.

Outside there was a mini Comic Con going on. We have no idea why, but, here too, the dressing up, mask wearing, sword wielding was just seen as completely normal. They were all happy to be photographed. They love it. We can only judge, although we choose not to. Why should we?

By it’s very description a tattoo convention could appear to be a threatening place – images of gangs and bikers come to mind, but this was a very different animal. Tattoos are mainstream these days and looking around The Adelphi this weekend, there is no stereotype. You can’t call it. They’re inclusive things.

So, to the question posed earlier. Well, we think you may have guessed he answer, else why mention it? It’s easy to get hooked into the vibe of an event such as this. It just seems natural to go with the flow.

One of the first artists we saw as we walked in was Paige from Chester and we were really taken with her leafy styled designs. Don’t do the daft thing – there are about 100 more artists to see. So we did, but we were drawn back our initial instinct.

Thanks Paige. I love it. 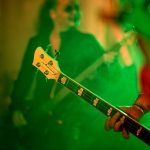 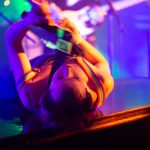 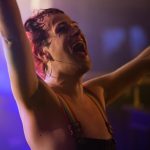 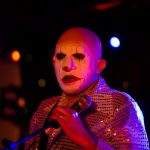 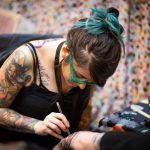 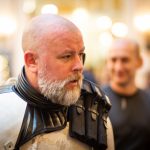 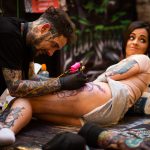 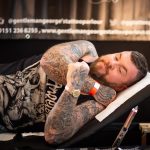 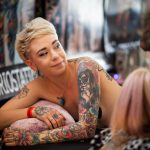 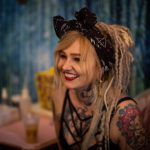 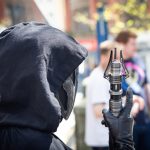 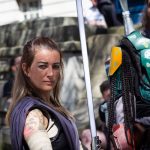 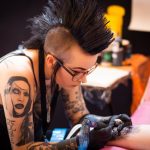 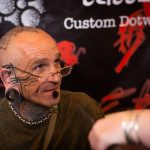 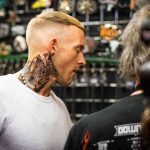 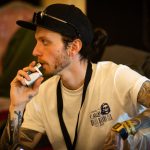 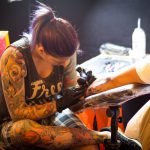 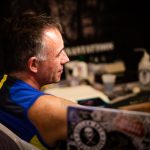 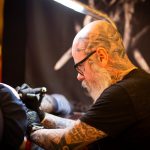 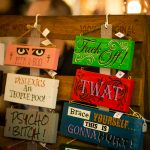 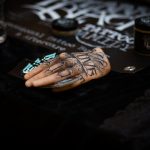 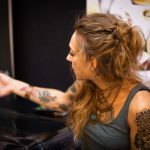