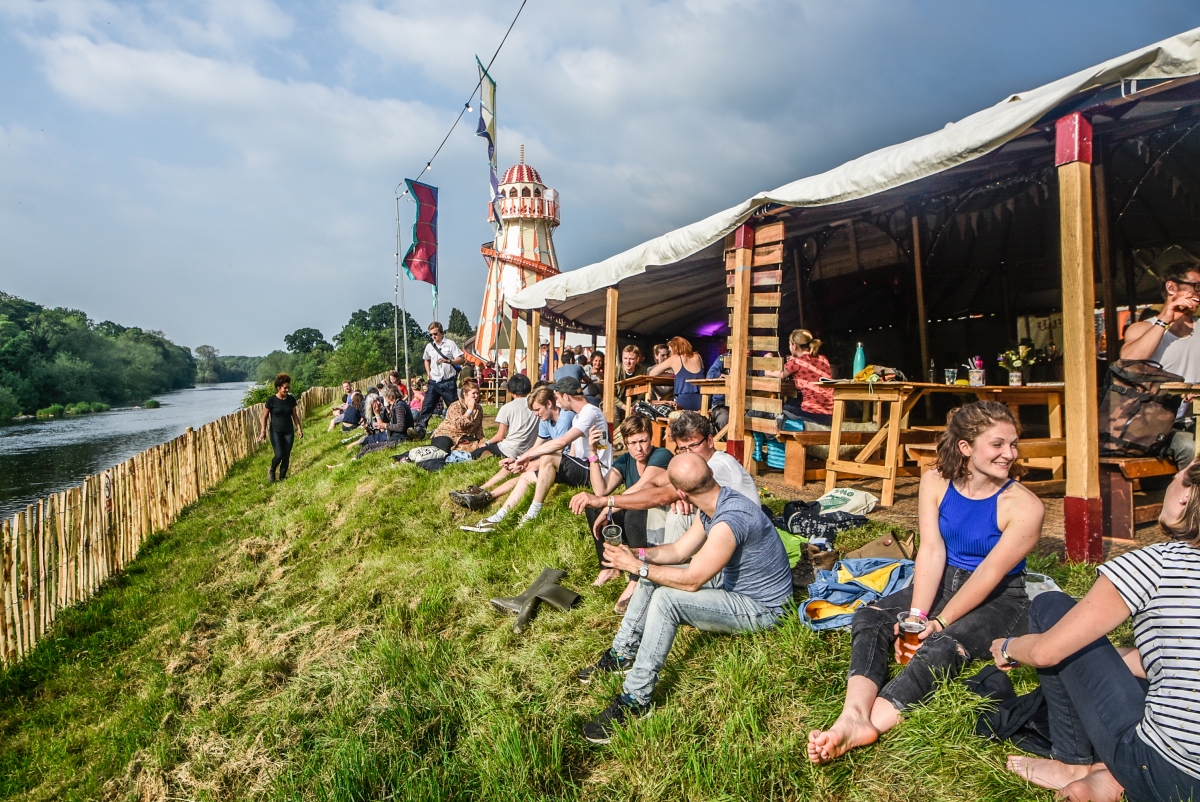 HowTheLightGetsIn is billed as the world’s largest philosophy and music festival and Getintothis’ Luke Traynor went along to exercise both his brain muscles and his dancing feet.

Set on the edge of the Black Mountains, alongside the Wye, in the famed book town of Hay, HowTheLightGetsIn festival has the right location for big and beautiful ideas to take hold.

It’s a gathering like no other, bringing together learned speakers together during the daytime, before making way for an evening musical party,

HTLGI 2018 returned with a bang after a fallow year, with heavyweight performers and contributors in both the music and philosophy departments.

Getintothis ambled along to south Wales over the bank holiday weekend and pinpointed nine great things we loved about the Leonard Cohen lyric-inspired four dayer.

This British electro swing duo grabbed Hay’s bollocks firmly from the outset, and ushered through a riotous set of jazz and swing, with modern electro and drum and bass. More wonderful still was the performance of the madcap frontman Mr Bruce, who needed towelling down between numbers to deal with the copious amounts of sweat dripping from his face.

That guy could sing/rap at a real mean tempo. A spot of stage diving, followed by Mr Bruce snaking up the tent’s wooden beams, which was a moment of pure spontaneity. A special HTLGI moment.

If the festival needed an artist to ensure HTLGI went out with a bang, Hot Chip provided the musical pyrotechnics. Proceedings really sparked into life with the airing of the band’s best-known track – Over and Over.
That made way for a medley of chunky Jesus Christ-affirming soul, when the crowd at The Hat stage, became a seething mass of electro-pop funk devotees.

This discussion about race and social equality had all the makings of a verbal firecracker, and it didn’t disappoint.
Shadow Home Secretary Diane Abbott was the big draw here, and she initially seemed to have brought along her supporters who hailed her loudly from the cheap seats.

But her decision to announce halfway through the debate that she had to leave early to catch a train, didn’t go down well with the audience, who were heard muttering “Disgrace!” as the Labour MP for North Hackney and Stoke Newington bid her swift goodbyes just as the debate was getting lively.

And it was somehow refreshing to see the pair go head-to-head even when the debate had finished, outside the Arena Tent.

The standup served up a full hour of semi-surrealist fare, and has to contend with this observer scoffing a whole takeaway pizza on the front middle row, in front of him.

This was followed by a 20 minute power cut, during which an audience member’s torch app provided the only light in the tightly-paced Ring venue. He ad-libbed like a dream.

This two-hour DJ set brought the curtain down on Saturday’s proceedings and demonstrated why the music producer has remixed for Ladytron, Depeche Mode, The Rapture, Goldfrapp, and The Chemical Brothers.
Instantly hooky fat basslines.

Like marmite, he divides opinion – you either love him, or you hate him.

“That was musical mush,” declared our weekend friend with a scowl, whereas the founding member of indie band The Guillemots, charmed Getintothis with his unfettered romantic lyrics, his thumping piano chords of open abandon, and uncomplicated tales of love.

Very soon to release their fifteenth studio album, No Sounds Are Out of Bounds, this set from the ambient house legends started off slowly.

Founded in 1988 by Alex Paterson – the only ever-present in The Orb over the past 30 years, they rescued their 60-minute set with a looped up version of crowd favourite – Little Fluffy Clouds.

The theme of mental health was a popular one throughout the festival’s talks, and this feisty conversation on a Sunday afternoon brought together some eminent voices within the psychological arena.

It was another example of the delicious groupings allocated for many of the discussions which formed part of the philosophical element of the festival.

And they didn’t, with pleasing results.

Parents of two eight-year-old boys sat on the front row clearly hadn’t got the message that the evening performance would contain some adult and ‘darkly seductive” content.

Impressive flying trapeze work was complimented by aerial silk act acrobatics, some impossibly-achieved body contortions and some rather raunchy set pieces, all packed into 60 minutes. A touch of crucial counterpoint to the festival’s usual diet of music and debate. 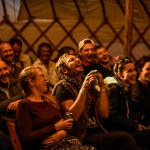 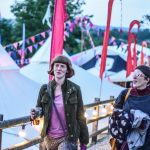 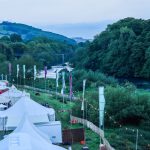 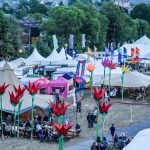 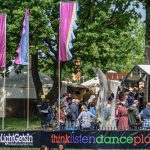 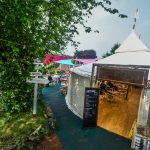 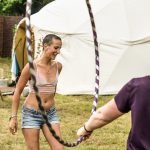 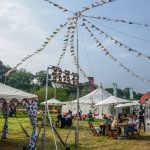 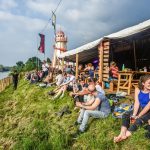 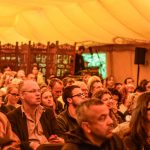 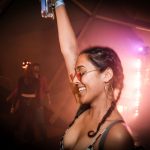 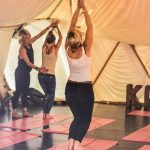 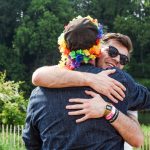 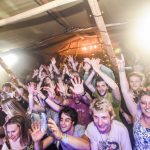 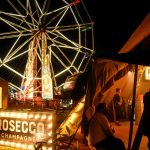 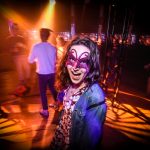