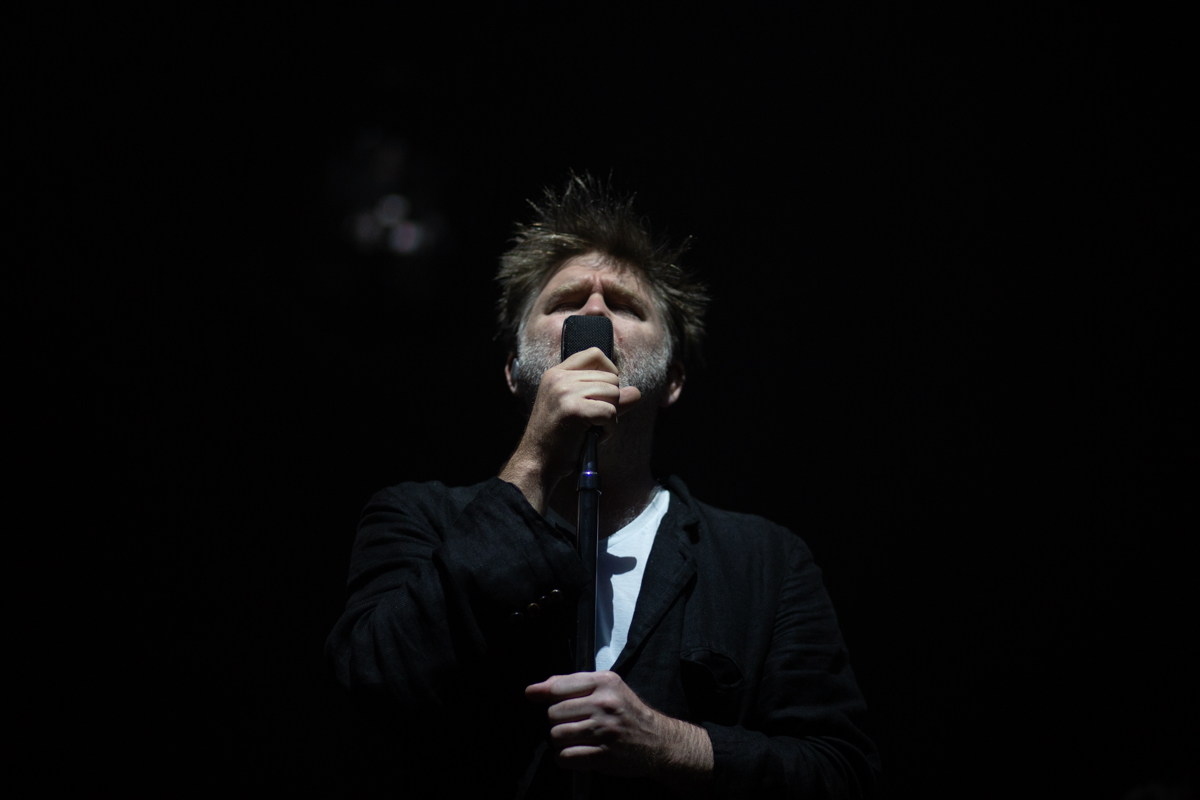 LCD Soundsystem rocked Manchester Apollo and then some, Getintothis’ Howard Doupé experienced something of an epiphany.

This is massive. LCD Soundsystem have been playing some seriously huge venues in the US in support of latest LP American Dream. When was the last time they played a venue this size? A sell out ages ago, the venue is primed, crowd as pumped as they can be on a gloriously-lit Wednesday night.

It is third gig in a row for this reviewer this evening – reluctantly admitting gig fatigue is setting in. Push on through is what we do and the opportunity to try something new was just too strong. It’s fair to say the cobwebs will not be tolerated tonight.

Leading nicely into the zone Shit Disco’s DJ set is beat heavy, full of purpose and fat 80’s BPM. Shoe-horned stage right there’s hardly room to swing a cat up among the ridiculous number of synths. It’s one impressive old school electronic set up – did you expect anything else from James Murphy’s live incarnation? There’s either going to be a multitude of members, bordering on The Polyphonic Spree levels, or a lot of steps covered tonight.

As the lights dip and stage is invaded, a bass drum is beating out Blue Monday patterns of You Wanted A Hit. It takes two minutes and erupts – this is dance music, but nothing that hits the usual parameters. It’s euphoric, pounding yet real human emotion interweaving throughout.

There’s no let up as Tribulations seamlessly arrives. That 80’s electronic sound just reverberates through the rib cage. It’s that audio injection, hardwired back to your youth – roll back the years, this is teenage dreams right here.

In the first correspondence of the night Murphy has a little chat: “We’re behind this curtain line because we have so much stuff” as he comes forward to connect with the crowd. “We’re close though in emotion, we don’t have to speak.” I Can Change follows. Looking around the sight is just bewildering for an indoor gig. There’s arms waving aloft, eyes closed. Feeling connected yet – there’s thousands here who would radiate positivity in unison.

The appreciation is not wasted or taken for granted. “Thanks for coming out on a school night. We’ve had a few great shows but said that we had to come back to Manchester.” Turning to the band Murphy states, “We did, we did say that?”

The party’s arrived, no one is still on the floor. The shadows move side to side as Get Innocuous! re-acquaints us with the pleasure of a rave beat – is this a gig or a club night, the line’s completely blurred.

Yr City’s A Sucker starts to the largest mirror ball ever seen being drenched in red light – Manchester’s own dance punk death star. As the set continues it dawns how there’s so much happening to create this sound, it’s impossible to try and decode who’s creating which rhythm. There’s percussion aplenty skipping over Pat Mahoney’s ever-faithful beat. As a complete performance it’s mesmerising to watch.

Drawing in the dark. LCD Soundsystem at the Manchester Apollo tonight. pic.twitter.com/fl6pUgxQEm

Possibly the loudest cheer greets Someone Great and its extended intro that builds and builds adding more and more. Murphy takes front stage as the band step back into the lights. For a first-timer the live version gives a wonderful moment a 3D existential existence.

There’s even room for muso-extraordinaire Nancy Whang to step out from behind the synth bank, taking lead vocals as Home dives into Chic’s I Want You Love, this is unreal stuff. The pulse is rising to an unbelievable high.

As the set draws to a close, it’s a full-on rollercoaster: Oh Baby, Emotional Haircut, Dance Yrself Clean and All My Friends. The noise is deafening as singalong moments are mixed with friends hugging and naked torsos.

For this old guitar-obsessed dinosaur Getintothis has had it’s Trainspotting ‘Renton in the club’ moment [where have you been; we were there – LCD editor]. Scream to the sky, dance in the rain, re-tune the senses. If this is how the modern age cut it, our ears are truly open and we have so much catching up to do. 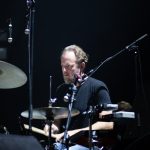 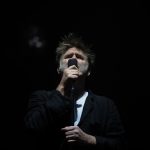 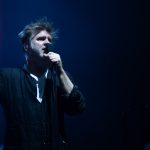 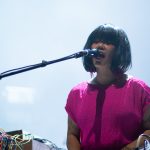 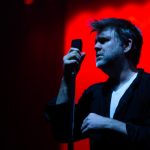 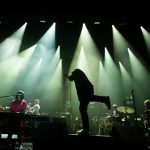 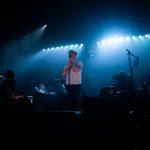 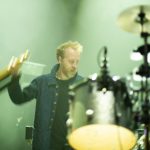 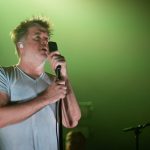 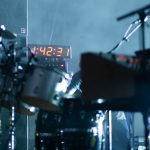 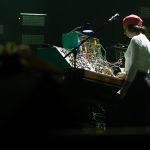 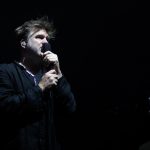