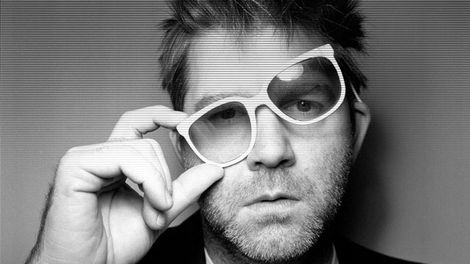 As LCD Soundsystem’s Shut Up And Play The Hits lands cinemas Getintothis’ Peter Guy looks back on one of the defining bands of the last decade.

Yet, at the peak of their powers, the man behind the music and ground-breaking record label DFA, James Murphy called it a day in Spring 2011.

He left behind a slight, but peerless catalogue of groundbreaking singles and three studio albums near-fautless in their power to thrill.

Fusing the vintage sounds of the past with sonic highs of the now, LCD Soundsystem were the bridge between the late night raver and the bedroom vinyl enthusiast; and in James Murphy they possessed a songwriter who specialised in songs which felt as intimate as they were ecstatic lose-yourself dancefloor winners.

Tonight cinemas across the country, including Liverpool’s FACT, will screen LCD‘s Shut Up And Play The Hits, a documentary capturing the band’s instant sellout final show at Madison Square Garden, a near four-hour extravaganza – with the added bonus of Murphy conducting a special Q&A via satellite after the screening.

Prepare to get emotional for one last time, here’s the Getintothis Top 10 LCD Soundsystem. 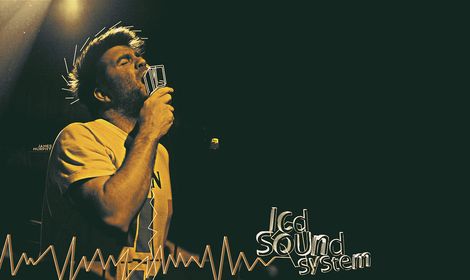 1. All Of My Friends from Sound of Silver

Murphy’s finest moment was a relentless pop classic dealing with his favourite subject – life, living and ultimately facing the inevitable – but with a knowing shrug that at least you tried.

That driving euphoric kraut beat, underpinned by Murphy’s skyward guitar solo is a wonder to behold but it’s the nostalgic-knowing sadness-tinged lyrics which makes this song so fucking beautiful.

Like Stevie Wonder on acid, this 11-minute stormer was Murphy and co. at their baddest, most whacked out best. An absolute treat when they performed it live. Massive nods to Gavin Russom – an amazing musician who’s spin off project with Delia Gonzalez The Days of Mars is worth serious investigation.

3. Losing My Edge from LCD Soundsystem

A tick sheet for hipsters, a name check for cool, a shopping list for heads… Where you there? Murphy was.

The kind of cyclical beat monster that LCD seemed to churn out with nonchalant ease on record and reproduce with precise abandon live, Beat Connection was their ultimate club classic.

Massive props to Tim Goldsworthy‘s super-slick yet ultra-filthy production that seems to supplant that black grime underneath your finger nails you only get inside scuzzy garage clubs.

5. Someone Great from Sound of Silver

LCD Soundsystem wasn’t just a vehicle to make people move on the dancefloor, Murphy’s lyrical deftness and emotive core resonated profoundly through much of his material and Someone Great was perhaps his most moving statement.

‘The worst is all the lovely weather/ I’m stunned it’s not raining/ The coffee isn’t even bitter/ Because, what’s the difference.‘

6. Dance Yrself Clean from This Is Happening

Eclipsing Sound Of Silver was an almost hopeless task and the expectation to LCD’s third studio record, This Is Happening, was feverish – yet Murphy did what he always did, strolled out casually before dropping a disco bomb.

Carrying on LCD’s form of superlative album openers, Dance Yrself Clean was characteristic of This Is Happening – a polished, gradually unravelling groove wrapped in a metallic sheen. Insistent, infectious and incredible in equal measure.

7. Get Innocuous! from Sound of Silver

The ultimate slow funk grind, kicking off the album of the decade. Diamond cutter beats, clinically cool rhythmic swagger and Nancy Whang‘s insistent jibber jabber was the kind of itch that had you pressing ‘repeat’ over and over again.

8. Pow Pow from This Is Happening

Another of Murphy’s trademark’s – a stream of verbosity set to a tribal workout. Don’t bother trying to make sense of it all, just losing yourself in the moment.

9. Us v Them from Sound of Silver

The word ‘bells’ has never been applied so well in a song.

10. Daft Punk Is Playing At My House from LCD Soundsystem

The breakthrough track that stamped Murphy’s band name on every dance floor that mattered. Fusing The Fall‘s daft punk stomp with Daft Punk‘s stomp disco – this was the quintessential LCD pop fusion.

Every Saturday for nine months we left greasy tracks all over Le Bateau‘s boards as this one ripped through the entire club.