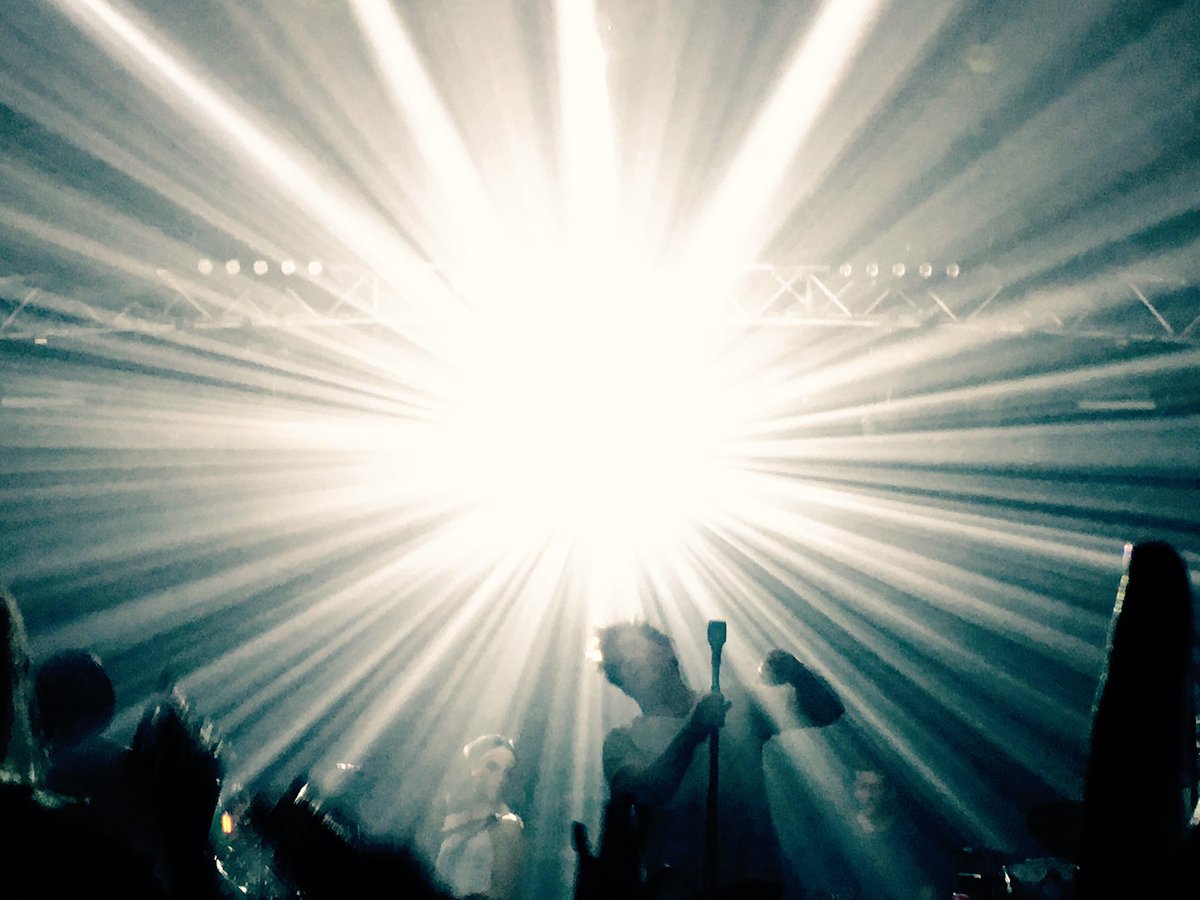 When LCD Soundsystem split up and left the stage at Madison Square Garden, nearly every fan expected that to be the end.

It was hard to imagine that the man who wrote Losing My Edge and frets so much about aging would be the type to reunite a band. But James Murphy did just that.

At first, he did exactly what every social media comment said when he announced the band was reforming, he ‘shut up and played the hits’. But there had to be more. And it had to be good.

Before American Dream, LCD Soundsystem had released three near perfect albums. Murphy’s eclectic mix of stylistics and distinct sound became a staple of dance floors, while All My Friends, from the band’s second album, Sound of Silver, is the soundtrack to a whole generation of after parties.

Murphy said that he split the band before it became too big; too famous, lacking ‘in relevance’ – yet he arrives at Manchester’s Warehouse Project armed with his first American Billboard #1, and it’s these contradictions and ironies which litter American Dream. On the band’s latest single, Tonite, Murphy’s takes aim at the current state of pop music but reassures listeners that life is finite and it’s ‘the best news you’re getting all week’, yet the irony is Murphy himself has shown that, in bringing LCD Soundsystem back to life, that statement isn’t quite true – in the music business at least.

The album itself is much darker than previous LCD records and so many of the tracks, including Suicide esque Oh Baby, are left off the set list.

Present company, the best you can find. @lcdsoundsystem at @WHP_Mcr last night. 🔥

The band kick things off with Get Innocuous and it is loud. Seriously loud. Hats off to the sound man because it was incredible throughout the gig. The Kraftwerk style synth loop reverberates through the whole venue and anything in its way, from walls to human bodies.

Voices are the in full volume as the band take us onto first sing-along of the night I Can Change before moving onto Call The Police a New Order meets U2 inspired take on off current political affairs on the other side of the Atlantic is a stadium anthem done the LCD Soundsystem way.

LCD Soundsystem are so tight as a unit as they move from sound to sound. Nancy Whang commands attention stood next to the next imposing bear-like Murphy, while it is impossible to not be impressed by drummer, Pat Mahoney‘s relentless metronomic rhythm.

Yr City’s A Sucker is well received by the sold out crowd and is one of the tracks that compels Getintothis to draw comparisons to one of Manchester’s greatest cult bands – The Fall. Had Mark. E. Smith spent a bit more time in the Hacienda the similarities would be startling.

Tribulations and Movement are brought together seamlessly causing complete carnage down the front of the sardine-packed audience, while one of indie’s greatest breakup songs, Someone Great, gets an airing. Some incredible light work during Tonite has the party going in full effect before the band close up with a heartfelt New York, I Love But You’re Bringing Me Down.

Following a quick ‘pee break’ the band are back for a three song encore starting with a Harry Nilsson aping Emotional Haircut – the call and response line borrowing exactly from the famous Goodfellas scene sound-tracked by Jump Into The Fire as Henry is coke-fueled and asking for his meatballs to be stirred.

Dance Yrself Clean is sung at full velocity as soon as it kicks and is truly a euphoric moment as the whole of Manchester’s Warehouse Project scream ‘don’t you want me to wake up!’

The band finish on the full length version of All My Friends which has a group next to us comment on how tired they are mid-dance – it’s been a long night of dancing but this song is their moment – a generation defining anthem that they will always hold dear and no sore feet will stop them enjoying this moment. It is difficult for any band with four successful albums to pull together a perfect set list and so while some will be disappointed by the lack of Losing My Edge, North American Scum, Beat Connection and Daft Punk Is Playing At My House it would be hard to pick the tracks you would drop out in their favour.

There’s two notable American Dream tracks left off the set list tonight. The first How Do You Sleep – a vicious take down of former friend, and DFA co-founder, Tim Goldsworthy. The synth drenched track is completed with the reverb laden vengeful vocals of Murphy who warns ‘whatever fits in your pockets, you’ll get your due’, a reference to DFA and Murphy filing a lawsuit against Goldsworthy for ‘unjust enrichment’.

While Murphy’s self reflection on his relationship with David Bowie on a album closer, Black Screen, is a 12 minuter touching on Murphy’s decision to not produce the Thin White Duke’s final album, with him singing ‘I had fear in the room, so I stopped turning up.’

It was Bowie who encouraged James Murphy to get LCD Soundsystem back together and so it is fitting that it is their relationship that closes the album.

At the end of Tonite, Murphy warns ‘it’s gonna have to be good enough, I can’t do this anymore, my brain won’t work’, well, on the basis of this live show and American Dream, we think everything is working just fine.

A final word must go to Hot Chip‘s Joe Goddard who worked the evening up with some neon-assisted grooves which would have gone down a treat in Chicago in the 1970s. His was a spellbinding short set of winners which gradually built to a frothing climax ably-assisted by vocalist and friend Valentine – with their version of Gabriel a genuine thriller. 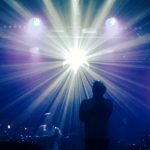 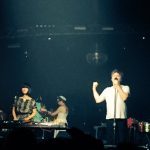 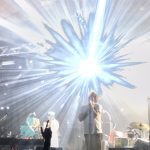 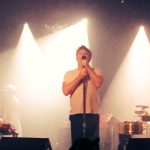 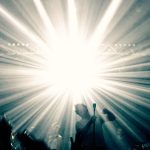